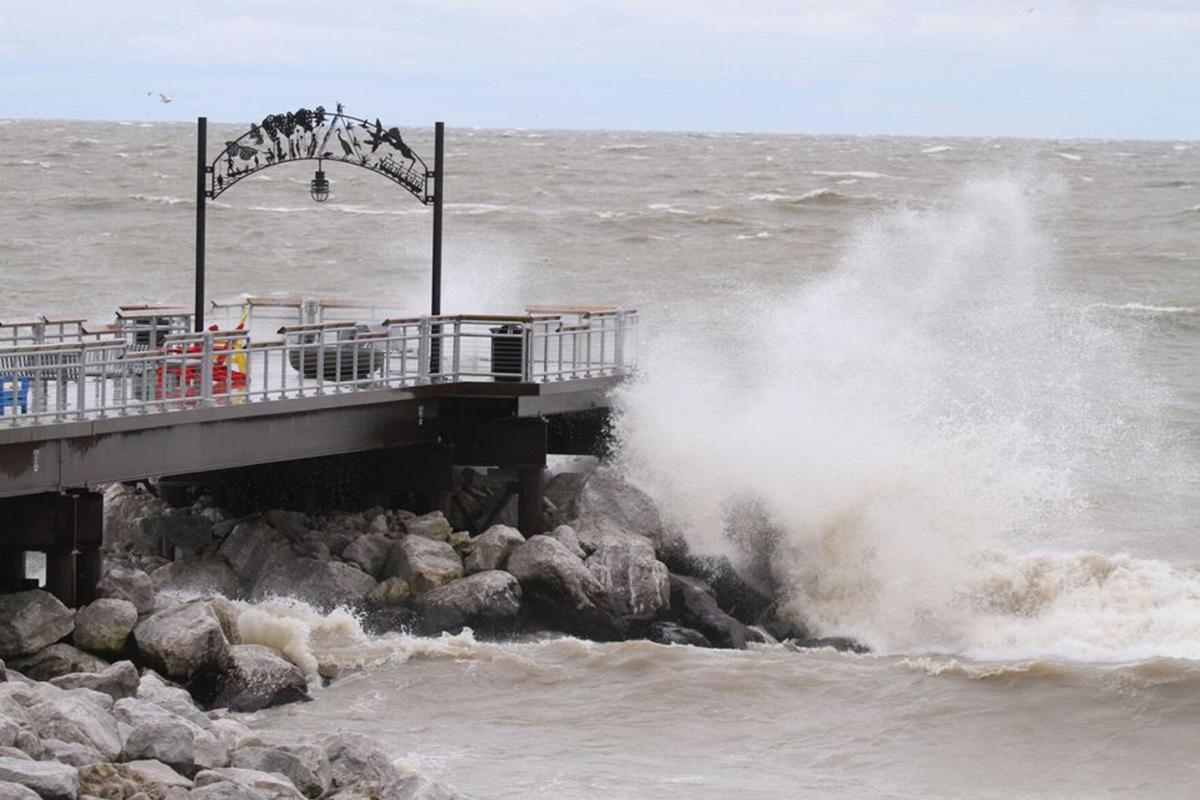 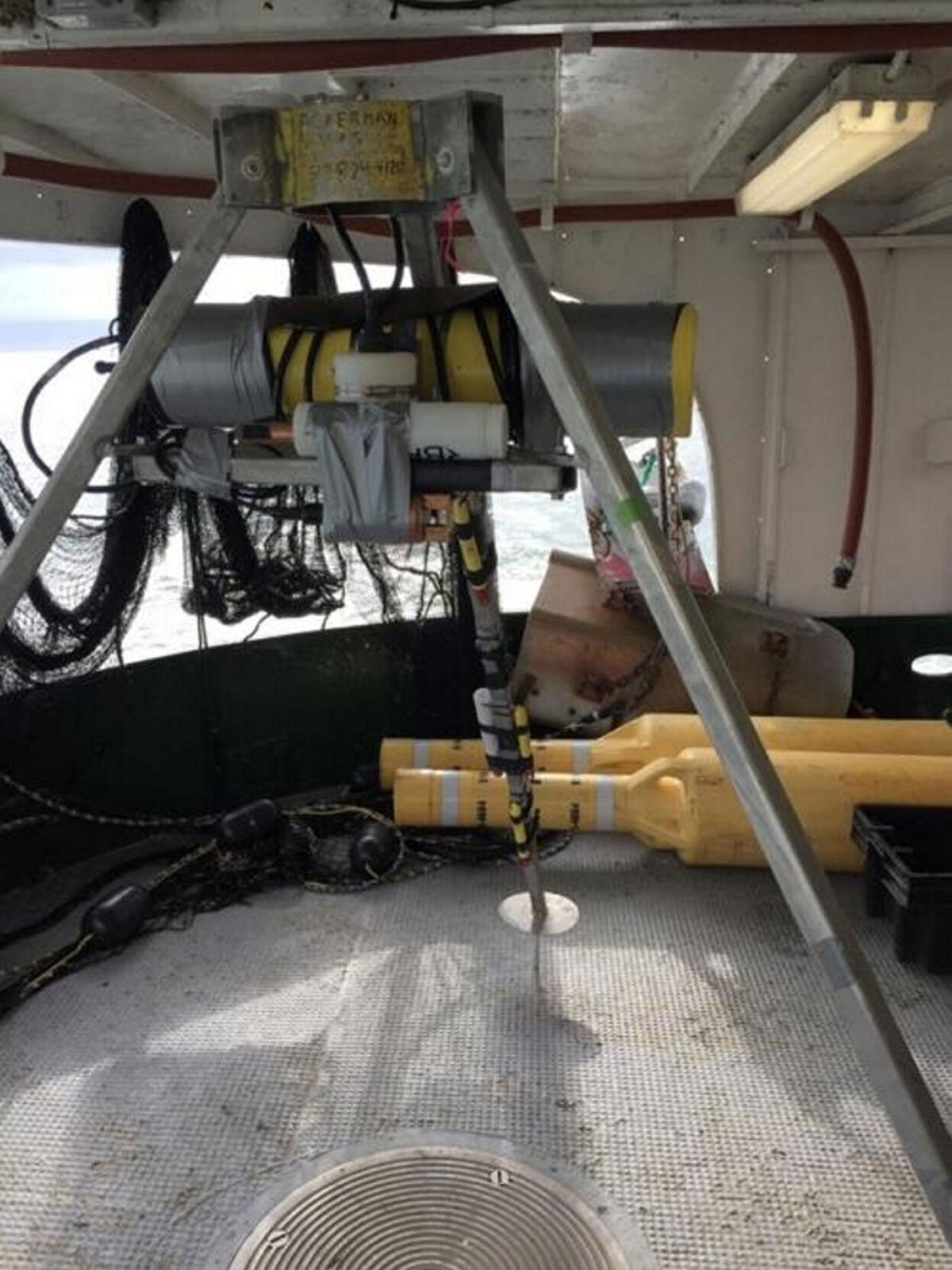 An instrument tripod is readied for deployment in Lake Erie as part of a study based at Guelph University that focused on more frequent wind events, currents and the drawing up of deep water. Courtesy of University of Guelph

An instrument tripod is readied for deployment in Lake Erie as part of a study based at Guelph University that focused on more frequent wind events, currents and the drawing up of deep water. Courtesy of University of Guelph

Concerns over “extreme wind events” in Lake Erie could spell problems for other waterways, including Lake Ontario.

The University of Guelph in Ontario, Canada, recently released the findings of study it conducted into how these frequent wind events are affecting the quality of Lake Erie’s water. Researchers linked this occurrence to climate change and speculated that Lake Ontario also could experience this.

“Researchers here have found that more frequent ‘extreme winds events’ may be whipping up trouble for Lake Erie’s water quality and what was found in the study could have the potential to play out in other Great Lakes, such as Ontario. The new study released by the University of Guelph says those more frequent wind events are drawing up deep water containing low oxygen and high phosphorus that may harm drinking water and fish in western Lake Erie. The researchers’ paper was published in Nature Scientific Reports. It shows increase in wave power between 1980 and 2018 during August in the Great Lakes. These changes were associated with increasing significant wave heights likely to have several effects, including higher sediment resuspension,” according to a story published April 3 in The Daily News.

Josef Ackerman, professor in the department of integrative biology, “said that a U.S. study found that wave power in the ocean was a good measure of the amount of energy coming from the atmosphere into the ocean. … Researchers especially wondered about ‘upwelling’: A process in which deeper, cold water rises toward the surface — the displaced surface water is replaced by cold, nutrient-rich water that ‘wells up.’ The researchers used wind power as a ‘proxy,’ Mr. Ackerman said, as an indicator of when the upwelling could occur. They relied on scientific equipment on buoys dotted throughout the five Great Lakes to get wind power data.

“Researchers were especially interested in the increased winds from the south and southwest, which related to ‘significant’ increase in wave power,” the article reported. “In shallow lakes and parts of freshwater bodies such as the western end of Lake Erie, winds normally keep water evenly mixed, providing consistent amounts of oxygen and nutrients. Lake Erie is the shallowest of the Great Lakes. The findings in the study conclude that extreme wind events have increased from one every other year to three a year from 1980 to 2018. The currents caused by the winds tilt the temperature gradient (thermocline) and pull up water with low oxygen (hypoxia) and lots of phosphorus. In Lake Erie, that water from the deep central basin flows paradoxically into the shallower western basin, opposite the normal flow direction.”

An increase in phosphorus may lead to more algae blooms. This would harm the water quality and enhance the risks of survival for fish.

Marc Gaden, spokesman for the Michigan-based Great Lakes Fishery Commission, said that the University of Guelph’s study further confirms the connection between climate change and pending problems with water quality and fish populations. He added that phosphorus is an essential nutrient for life in the water ecosystem, so proper management of it is key to maintaining this balance.

This has implications for waterways throughout the upstate region and elsewhere. Ensuring that the health of Lake Ontario and the St. Lawrence River is enhanced remains a priority.

A decline in the ecosystem would adversely affect their recreational value, a factor that people here depend upon for their livelihood.

This is another example of why reversing the course of global warming is in the best interest of our region.