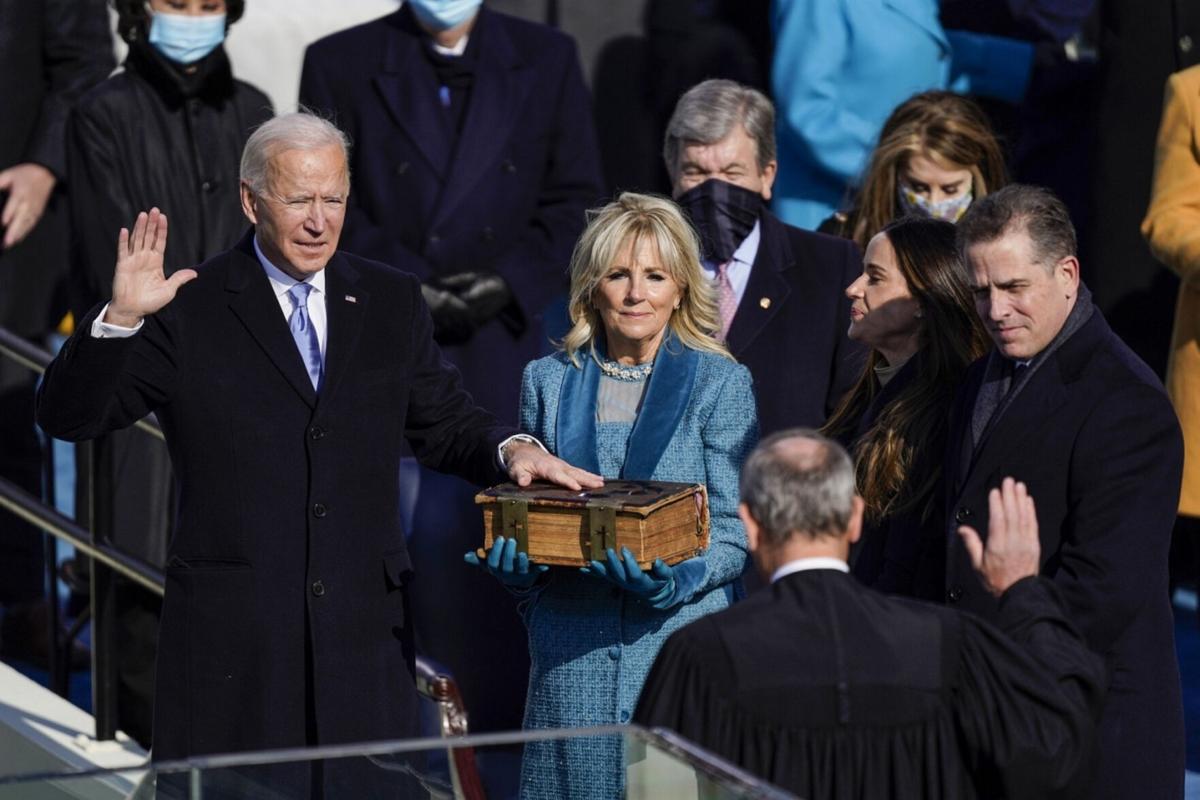 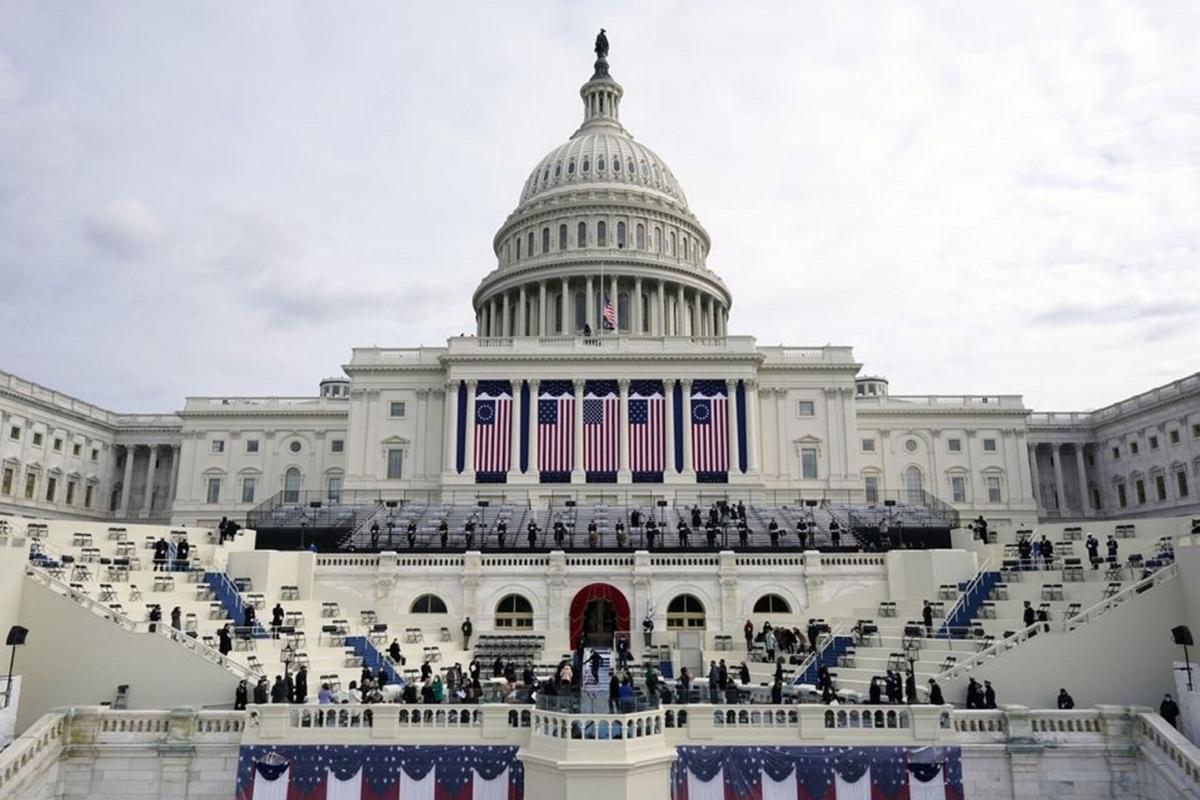 Preparations are made Monday prior to the 59th inaugural ceremony for President-elect Joe Biden and Vice President-elect Kamala Harris at the U.S. Capitol in Washington. Dennis Nett/Syracuse.com/Tribune News Service

Preparations are made Monday prior to the 59th inaugural ceremony for President-elect Joe Biden and Vice President-elect Kamala Harris at the U.S. Capitol in Washington. Dennis Nett/Syracuse.com/Tribune News Service

During the inauguration ceremony Wednesday, references to the U.S. Capitol reminded us what’s truly at stake in our experiment with self-government.

U.S. Sen. Amy Klobuchar from Minnesota spoke of an extraordinary accomplishment. Work to complete the historic structure continued during a period of conflict not seen since the American Revolution.

“When Abraham Lincoln gave his first inaugural address in front of this Capitol, the dome was only partially constructed, braced by ropes of steel,” she said. “He promised he would finish it. He was criticized for spending funds on it during the Civil War. To those critics he replied: ‘If people see the Capitol going on, it is a sign we intend the Union shall go on.’ And it did. And it will.”

Evoking the imagery of a nation still being built, Abraham Lincoln understood the significance of pressing forward — with completing the Capitol and, more importantly, repairing the Union. Our mission as a people depended on this work coming to fruition.

After being sworn into office, President Joe Biden brought to mind the terrible events of Jan. 6. Violence erupted in an attempt to usurp the will of American voters. The insurrection was thwarted, and our democratic process survived.

“This is democracy’s day. A day of history and hope of renewal and resolve through a crucible for the ages,” Biden said. “America has been tested anew and America has risen to the challenge. Today, we celebrate the triumph not of a candidate but of a cause, the cause of democracy. The people, the will of the people, has been heard and the will of the people has been heeded. We’ve learned again that democracy is precious. Democracy is fragile. At this hour, my friends, democracy has prevailed. From now on this hallowed ground where just a few days ago violence sought to shake the Capitol’s very foundation, we come together as one nation, under God, indivisible to carry out the peaceful transfer of power as we have for more than two centuries. As we look ahead in our uniquely American way: restless, bold, optimistic and set our sights on the nation we can be and we must be.”

It’s easy to overlook the possibility that the Confederacy could have been sustained in the 1860s and that defenses for the Capitol could have been overwhelmed two weeks ago. In truth, either scenario was highly unlikely.

But if circumstances had been different in some regards, who knows? The oppression of slavery in the South and tyranny of mob rule on the Hill might have won the day.

The Biden administration will have much work to do in addressing the nation’s many needs.

The novel coronavirus pandemic must be brought under control. Our economy needs to serve everyone’s interests. Armed conflicts abroad should wind down.

Good education and affordable health care have to be made accessible to all. Deficit spending must be brought under control without onerous taxes that ultimately sap growth and productivity.

Biden challenged us to see the big picture. Americans need each other to make this experiment work.

“We must end this uncivil war that pits red against blue, rural vs. urban, conservative vs. liberal,” he said. “We can do this if we open our souls instead of hardening our hearts. If we show a little tolerance and humility and if we’re willing to stand in the other person’s shoes — as my mom would say, just for a moment, stand in their shoes.”

A new presidential administration allows us to start over. We cannot allow this opportunity to slip away in pursuit of petty grievances. Our Union, just like our Capitol, needs defending and requires cooperation to enhance.