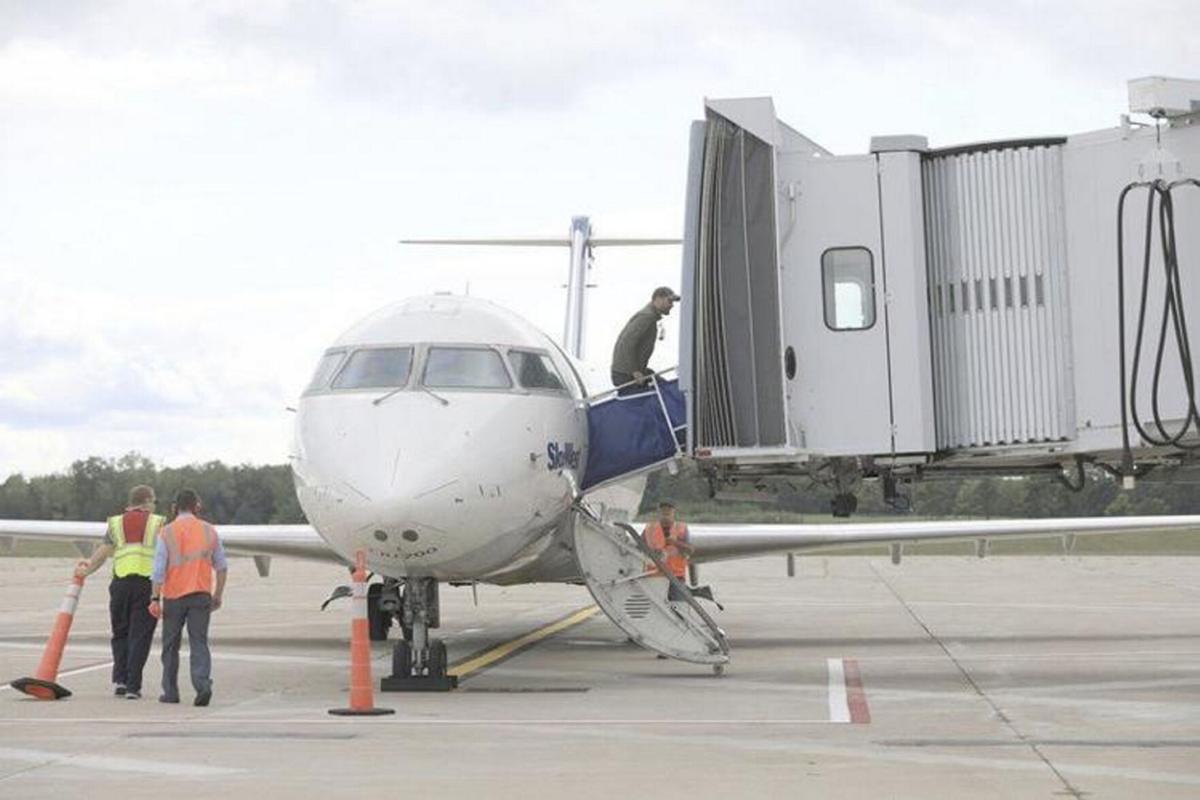 Plattsburgh International Airport is able to accommodate Canadian citizens who want to enter the United States and travel to warmer regions of the country. Press-Republican 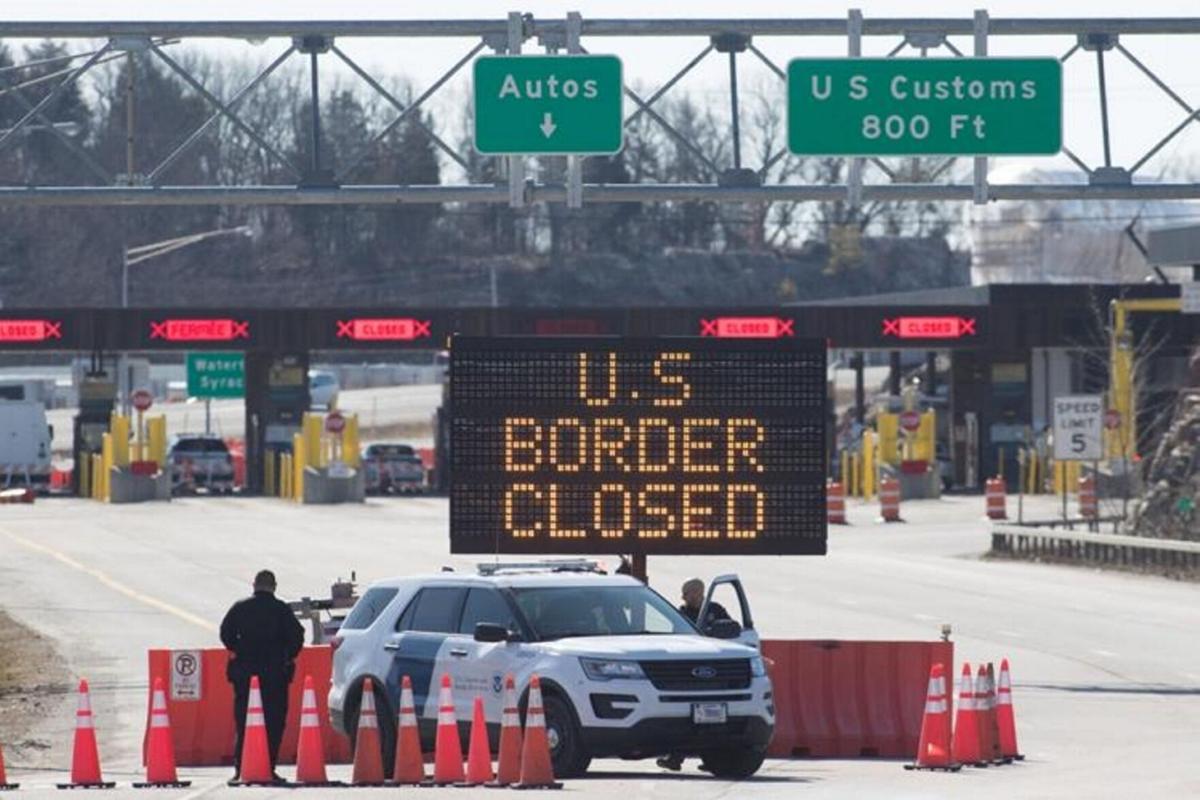 Agents with the U.S. Customs and Border Protection stand beside a sign saying that the U.S. border is closed at the Canadian/U.S. border in Lansdowne, Ontario, on March 22, 2020. Lars Hagberg/AFP via Getty Images/Tribune News Service

Plattsburgh International Airport is able to accommodate Canadian citizens who want to enter the United States and travel to warmer regions of the country. Press-Republican

Agents with the U.S. Customs and Border Protection stand beside a sign saying that the U.S. border is closed at the Canadian/U.S. border in Lansdowne, Ontario, on March 22, 2020. Lars Hagberg/AFP via Getty Images/Tribune News Service

For more than a year and a half, most Canadian and U.S. citizens have been prohibited from crossing their shared border via land-access points.

Last year, both countries began enforcing restrictions on crossing the border in vehicles due to the novel coronavirus pandemic. These rules limited such travel to essential workers.

Canada finally eased up on its regulations Aug. 9. Americans could cross the border as long as they were fully vaccinated and could show proof that they tested negative for the virus within the past three days.

But the administration of President Joe Biden has not reciprocated. U.S. government officials have maintained the same rules despite the success Canada has had in persuading so many of its citizens to get vaccinated.

According to a story published Oct. 6 by the Wall Street Journal, representatives of the Biden administration said they wanted to improve vaccination rates in the United States before loosening restrictions. These regulations will stay in place until at least Oct. 21, at which time the U.S. government will announce if they are lifted or reinstated.

Ah, but there is a loophole in the process. While Canadians can’t come here by land, they can arrive by air. And they don’t need to be vaccinated to cross the border through a U.S. airport, just show that they’ve tested negative for the coronavirus within three days of entry.

We understand the concern of Biden administration officials with U.S. vaccination rates. In some parts of the country, they are certainly not what they should be.

But keeping the land border closed to most Canadians makes little sense if they can enter the United States by air. Canadians who want to come here are making use of airline connections between Kingston (Ontario) and Niagara Falls as well as Montreal (Québec) and Plattsburgh. Those who spend the winter months in Southern states such as Florida can have their cars transported over the border and waiting for them once they arrive.

The Ogdensburg Bridge and Port Authority wants to capture some of this action. Officials are working on identifying a helicopter company willing to offer charter flights from Canada to the Ogdensburg International Airport as well as a transportation company able to bring their cars here, according to a story published Saturday by the Watertown Daily Times.

The OBPA needs to use charter flights rather than scheduled flights. Unlike Niagara Falls and Plattsburgh, Ogdensburg International Airport has no designated space for agents from the U.S. Customs and Border Protection to screen passengers once they disembark their planes.

All of this shows the absurdity of U.S. restrictions pertaining to the Canadian border. The Biden administration could adopt the same requirements that the Canadian government has for Americans crossing over: Be fully vaccinated, and demonstrate a negative coronavirus test from within three days of entry.

Many Canadians are willing to travel throughout the United States given our lower vaccination statistics. And if they afford to come here by air, they don’t even have to be vaccinated. Isn’t that a tad elitist?

The U.S. government should adopt uniform rules for Canadians traveling here and allow entry by either air or land. Letting some in while prohibiting others is foolish. Mimic the Canadians’ rules, and open the border.