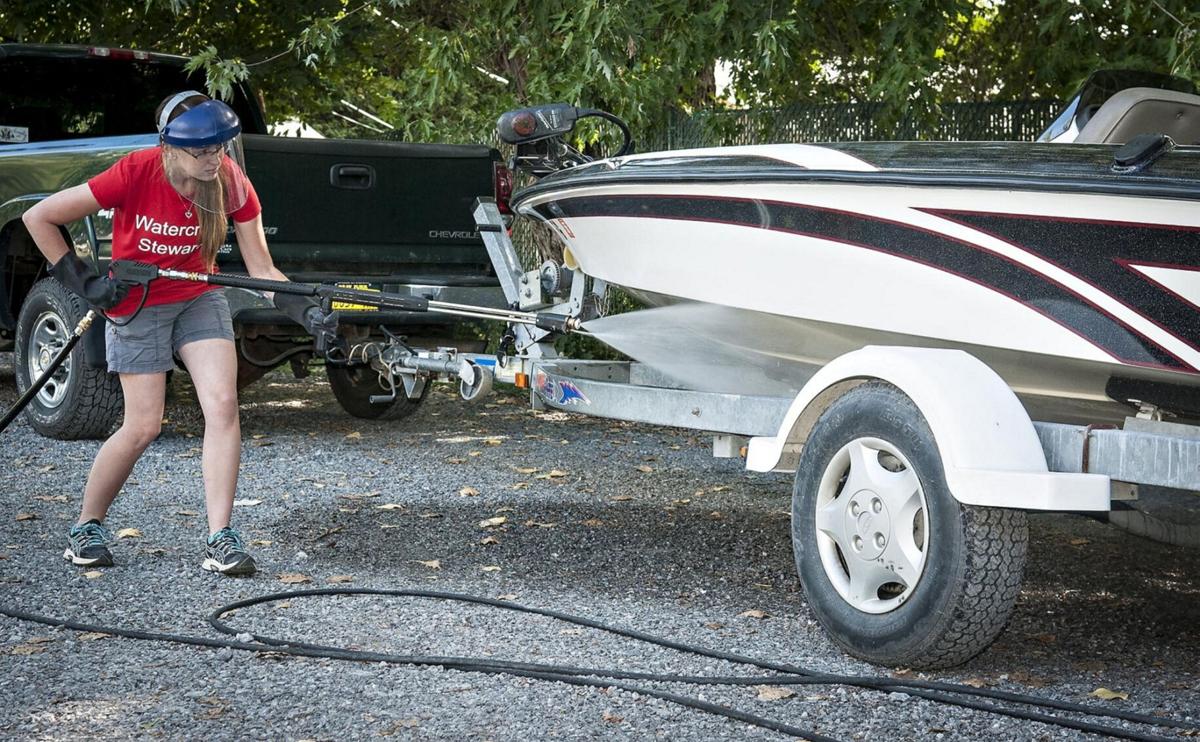 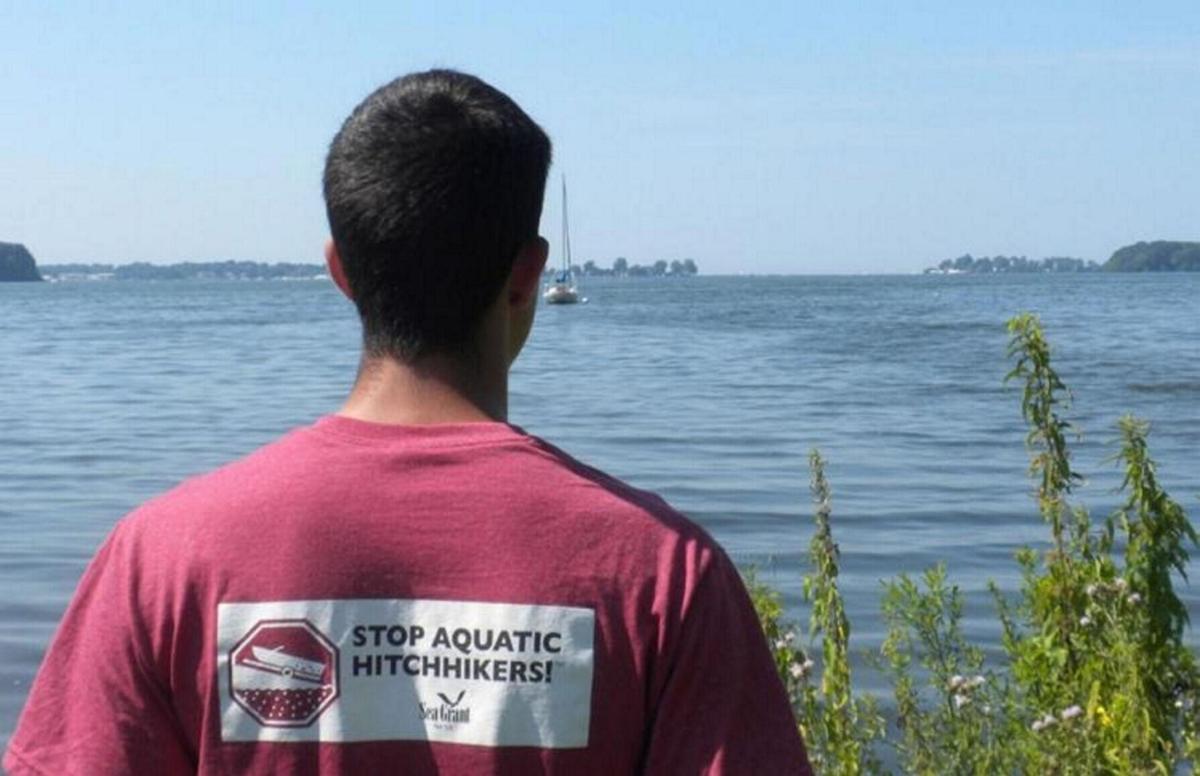 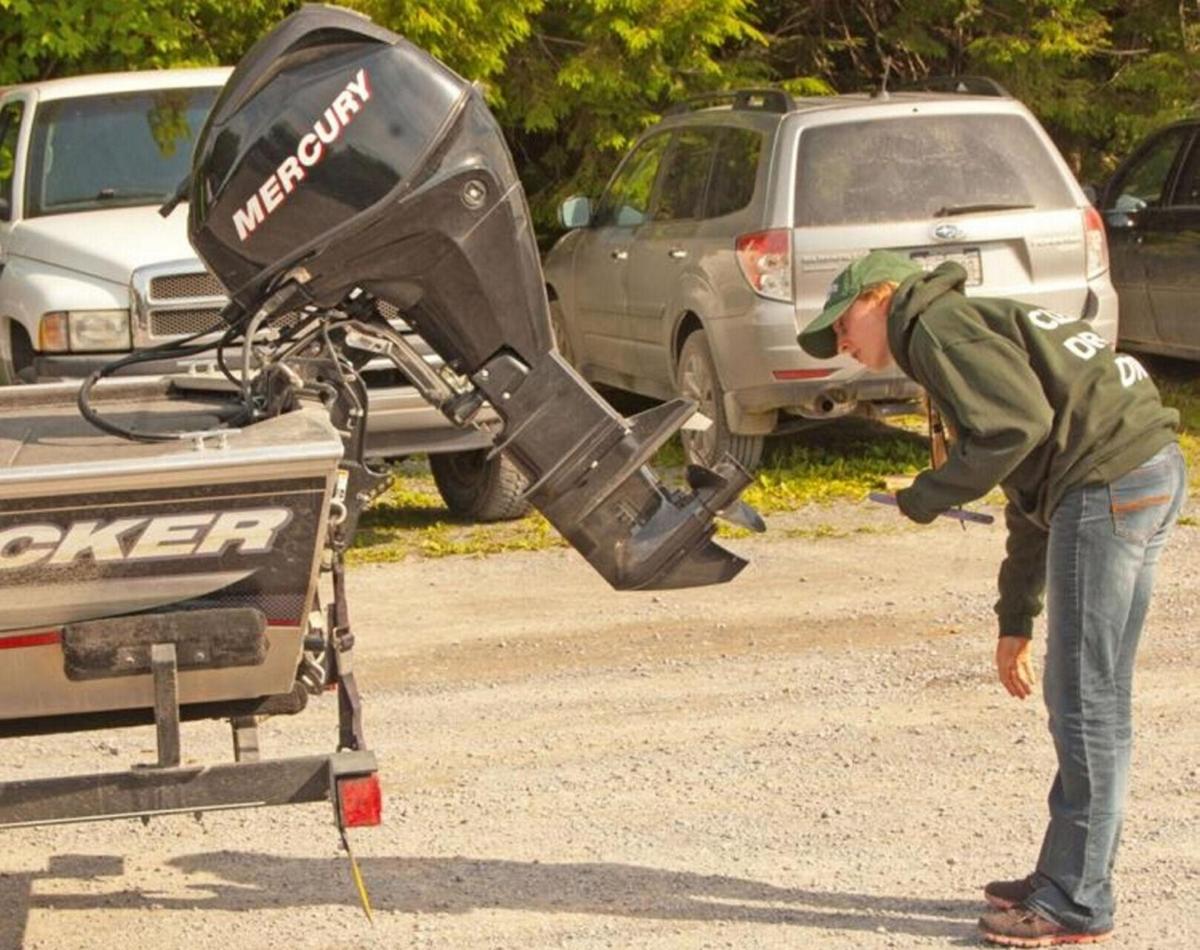 Erin Stoddard of Cicero, who spent the summer of 2015 as an Adirondack Watershed Institute steward, checks a boat exterior for any indication of invasive species at Stillwater Reservoir. Watertown Daily Times

Erin Stoddard of Cicero, who spent the summer of 2015 as an Adirondack Watershed Institute steward, checks a boat exterior for any indication of invasive species at Stillwater Reservoir. Watertown Daily Times

A law passed in 2014 by state legislators to help keep New York waterways remain free from invasive species has been made permanent.

Gov. Kathy Hochul signed a measure removing any sunset for the law previously put into effect. It authorizes the state Department of Environmental Conservation to “conduct inspections and decontamination of boats and other watercraft to prevent aquatic invasive species spread in and around the Adirondack Park,” according to an Adirondack Daily Enterprise story published Dec. 18 by the Watertown Daily Times.

“The new law permanently extends the New York State Aquatic Invasive Species Transport Act, which requires boaters to ‘Clean, Drain and Dry’ their watercraft before launching in state waters, according to a news release from the governor’s office earlier this month,” the article reported. “The law extends expired aquatic invasive species legislation from 2014 and authorizes DEC-operated inspection stations to be set up at any location across the park and within a 10-mile radius of the blue line. The stations would provide certifications for boat inspection and decontamination in addition to providing education and outreach to boaters.

“The new inspection requirement will take effect 180 days after the law was signed — in May. The Adirondack Watershed Institute already operates dozens of boat wash and decontamination stations in the park. While the AWI’s wash stations are voluntary, the DEC can require people with motorized boats to stop for inspection and decontamination at the new stations. Once a boat is inspected, the DEC inspector will give boaters a certification listing the date and time the boat was inspected, if any preventative measures were performed and if the boat was decontaminated. The inspector will then attach a tamper-proof tag to the boat signaling it’s ready to launch. The law also requires the DEC to create self-issuing certifications for people who can demonstrate that they’ve taken proper precautions against invasive species prior to launch. People can also present certification from another government entity to the DEC, according to the law, as long as that entity’s basic inspection and decontamination requirements adhere to the DEC’s.”

The original law was initially set to expire after five years. Legislators extended it for a year in 2019 and again in 2020. But it was allowed to expire earlier this year, so environmental groups urged legislators to renew it and put additional enforcement measures into effect.

“New York is leading the way to protect our blue economy, but we must also learn to protect nature’s gifts and tackle the aquatic invasive species living in our waters,” Hochul said in a news release issued Dec. 10 by her office. “This legislation will help to do just that. With the preventative measures established in this law, New York state waters will be bluer, cleaner and safer for our aquatic friends. We need to make sure every New Yorker is on board with protecting our waters and its inhabitants.”

It’s good that this law was made permanent and that its authority was expanded. This will do much to help local waterways remain free of invasive species. We commend the activists who pushed this issue and state officials who responded accordingly.