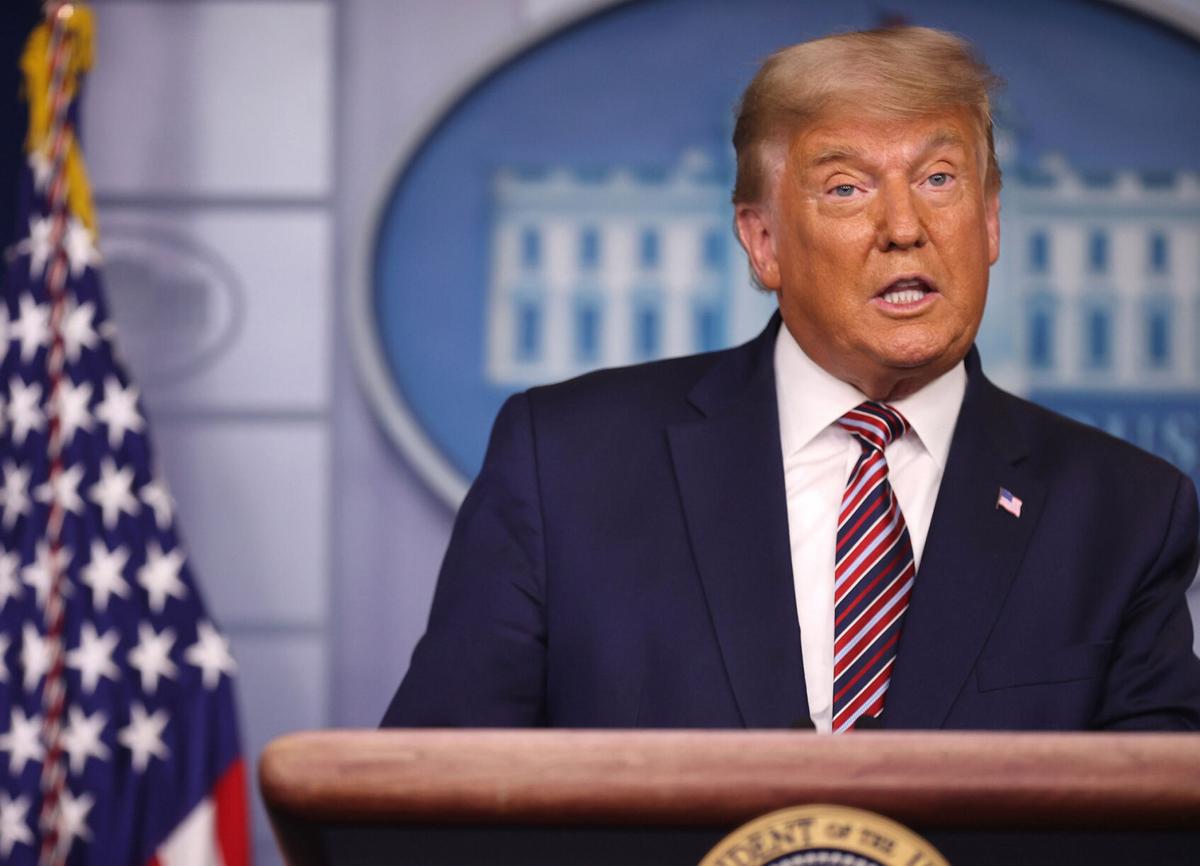 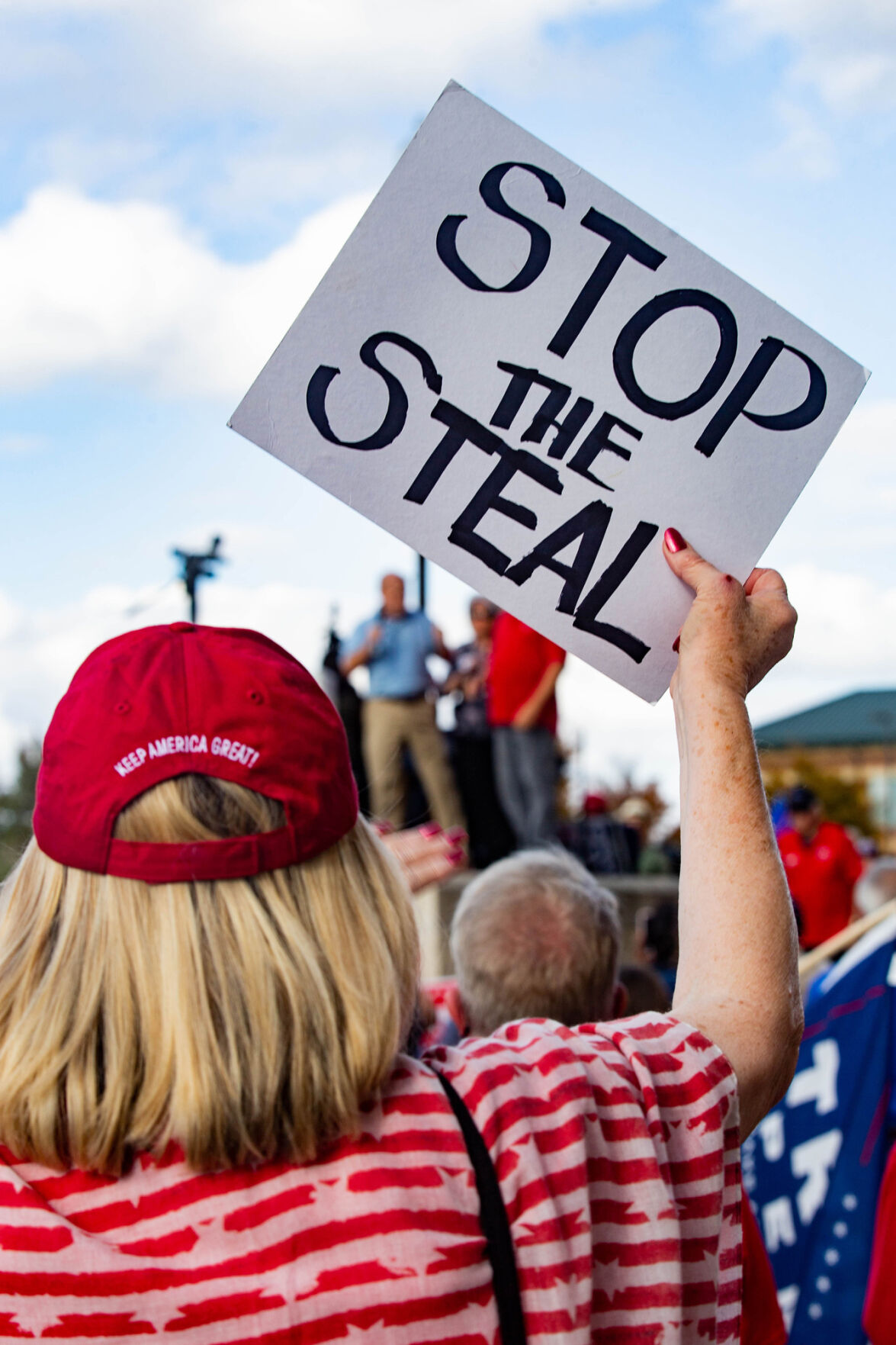 There is no question that President Donald Trump has the right to challenge the perceived results of this year’s presidential race.

Counting all the votes from the Nov. 3 general election is mostly completed in every state. And the margin by which former Vice President Joseph Biden appeared to have won in some jurisdictions is relatively small.

As of Thursday afternoon, he is ahead by 13,558 votes in Georgia, where a statewide recount is underway. An even narrower lead is on display in Arizona, where Mr. Biden enjoys a bump of 10,457 votes. His lead in Wisconsin is by 20,565 votes.

However, Mr. Biden has pulled much further ahead in other battleground states. He leads by 33,596 votes in Nevada, 82,288 votes in Pennsylvania, 157,772 votes in Michigan and 232,562 votes in Minnesota. He is ahead in the popular vote by more than 5.9 million ballots.

If these numbers hold up, Mr. Biden will have secured 306 electoral votes (270 are needed) to become our next president. This would leave 232 electoral votes for Mr. Trump.

The president’s supporters have correctly pointed out that votes are still being counted in all states. In addition, they are right to say that news organizations lack the authority to declare a winner.

The election won’t be decided until every state certifies its results (California will end this process Dec. 11), those selected for the Electoral College cast their ballots (Dec. 14) and members of Congress count the votes of the electors (Jan. 6). So there’s still a ways to go before anything is set in stone.

Mr. Trump’s campaign and other Republican officials have filed lawsuits in various states questioning the legitimacy of these elections. They’ve made claims of rampant voter irregularities and dubious activity by Democratic authorities. They hope to prevail in enough key states to overturn the anticipated outcome.

Time will tell if they succeed in shifting the momentum in Mr. Trump’s favor. Anything is possible, so we need to prepare for this scenario.

But while Mr. Trump may turn the tide of this election, it’s incredibly unlikely. There are several factors that demonstrate this.

The first is the lack of evidence of widespread voter fraud. Numerous cases have already been dismissed because the plaintiffs haven’t presented anything conclusive. Their assertions are based on unsubstantiated rumors and outright falsehoods rather than on documented examples — nothing suitable for this kind of proceeding in a court of law.

Given this lack of evidence, overturning the election results is highly improbable. Mr. Biden’s lead in most key states is simply too large for Mr. Trump to overtake.

Karl Rove, who served as senior adviser and deputy chief of staff to former President George W. Bush, recognizes the obstacle that the Trump campaign must climb to claim victory.

“There are only three statewide contests in the past half-century in which recounts changed the outcome: the 1974 New Hampshire Senate race, the 2004 Washington governor’s contest and the 2008 Minnesota Senate election. The candidates in these races were separated, respectively, by 355, 261 and 215 votes after Election Day,” he wrote in a column published Nov. 11 in the Wall Street Journal. “To win, Mr. Trump must prove systemic fraud, with illegal votes in the tens of thousands. There is no evidence of that so far. Unless some emerges quickly, the president’s chances in court will decline precipitously when states start certifying results as Georgia will on Nov. 20 followed by Pennsylvania and Michigan on Nov. 23, Arizona on Nov. 30, and Wisconsin and Nevada on Dec. 1. By seating one candidate’s electors, these certifications will raise the legal bar to overturn state results and make it even more difficult for Mr. Trump to prevail before the Electoral College meets Dec. 14.”

Mr. Trump has so far declined to concede the race to Mr. Biden. The U.S. Constitution doesn’t require him to do this, so once again he’s exercising a right that he possesses.

While Mr. Trump doesn’t have to make a public pronouncement of defeat, he should allow Mr. Biden access to pertinent information during the transition. Obstructing this process could well imperil our national security. And in the midst of the novel coronavirus pandemic, it may deter Mr. Biden’s ability to develop a comprehensive plan for reversing the rising rates of infection.

There’s little prospect of Mr. Trump earning a second term as president. He should at least make it easier for Mr. Biden to prepare for his incoming administration, and more Republican officials such as U.S. Rep. Chris Jacobs, R-Buffalo, need to urge Mr. Trump to do so. This will greatly benefit the country, which should be the goal of all Americans regardless of whom they supported this year.