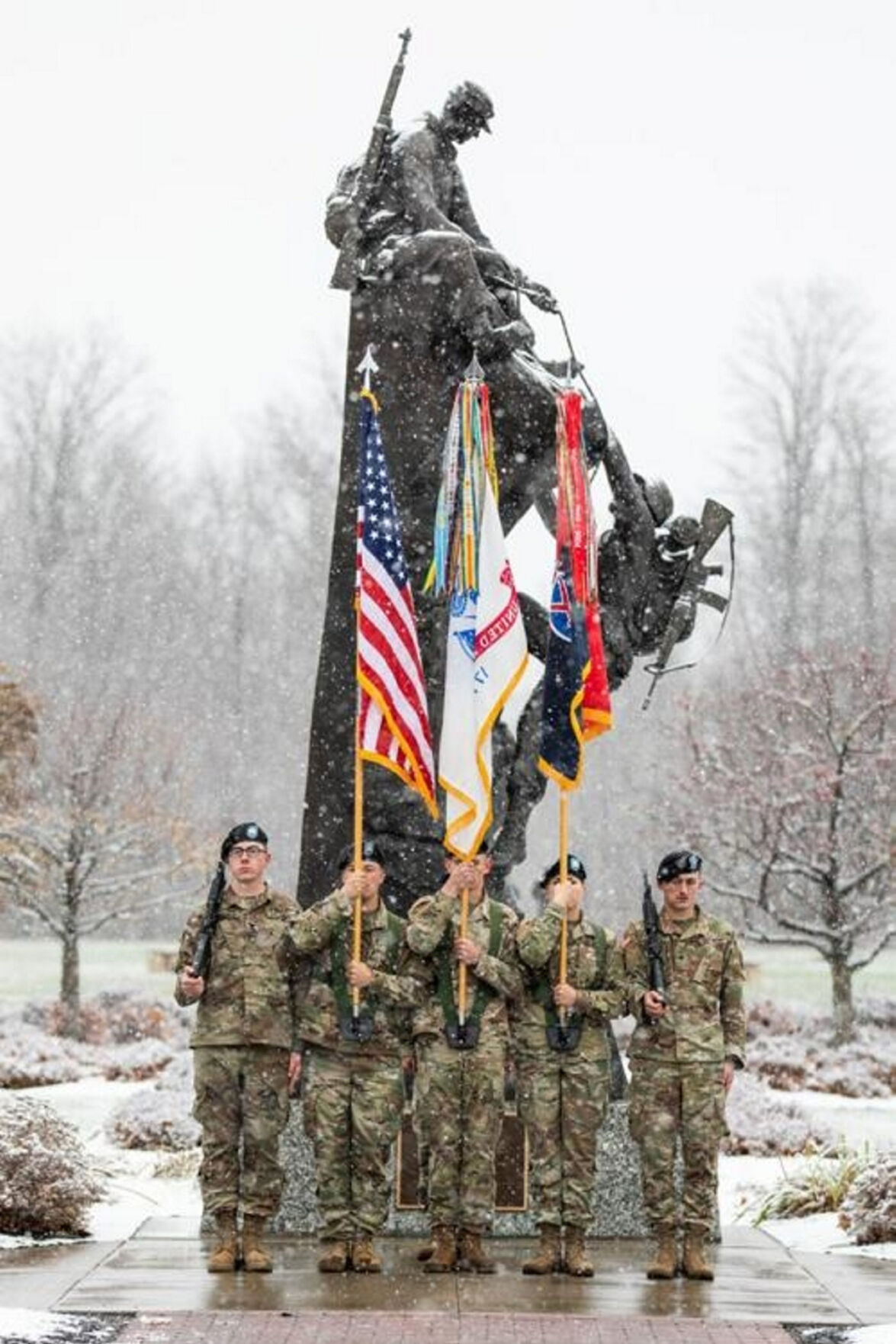 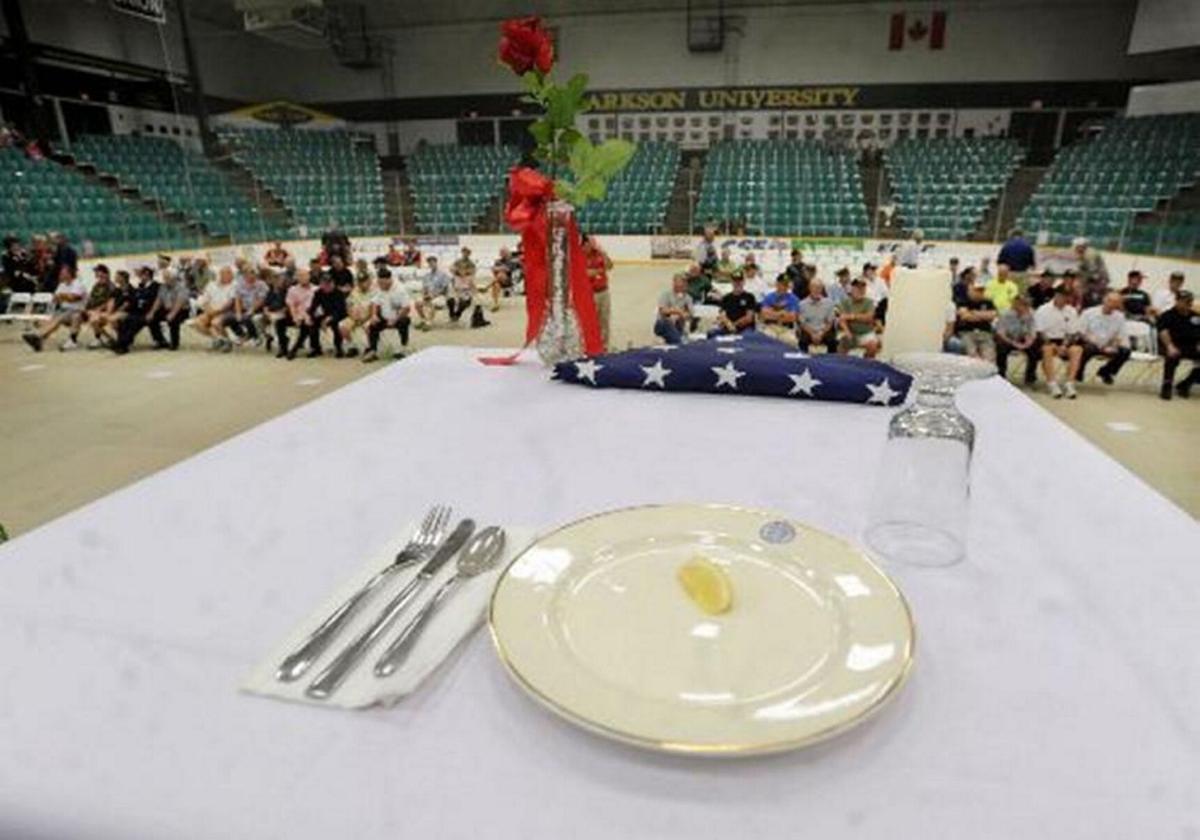 A symbolic table is set to honor missing-in-action soldiers in August 2014 during the third annual Veterans Appreciation Day in Cheel Arena at Clarkson University in Potsdam. Watertown Daily Times

A symbolic table is set to honor missing-in-action soldiers in August 2014 during the third annual Veterans Appreciation Day in Cheel Arena at Clarkson University in Potsdam. Watertown Daily Times

Britain entered World War I as a result of its treaty to protect Belgium. This, Wells wrote, was the cause of the war. The object of the conflict, however, was something entirely different.

“We began to fight because our honour and our pledge obliged us; but so soon as we are embarked upon the fighting, we have to ask ourselves what is the end at which our fighting aims. We cannot simply put the Germans back over the Belgian border and tell them not to it again,” Wells wrote in a column titled “Why Britain went to war: A clear exposition of what we are fighting for.”

Germans must understand that Prussian imperialist goals will not be tolerated, Wells wrote. Britain’s victory must be so overwhelming that the Germans “are convinced that they have had enough of war.”

Wells published a collection of his columns in a volume titled “The War that will End War.” He believed that Prussian militarism must be devastated to the point that it pacifies the German people. He called this “a war for peace.”

Many people embellished Wells’s idealism by calling World War I “the war to end all wars.” The reality of modern warfare would be recognized as so grim that no civilized society could possibly desire it in any way.

This was the hope that many shared when an armistice was called on Nov. 11, 1918. They believed we had embarked upon a sustained era of peace.

And they had good reason to wish this. Combined civilian and military casualties among all countries involved totaled about 40 million.

President Woodrow Wilson also helped establish the League of Nations. The organization’s founders foresaw an international partnership that could maintain peace and stability.

But only two decades passed before global powers embraced war once again. And the casualties of World War II would far outnumber those of its predecessor.

But one idea from World War I has lived on. The first Armistice Day was commemorated Nov. 11, 1919; it became Veterans Day in 1954.

This is an occasion to reflect on all those who have served our nation in uniform. It’s true that the extraordinary sacrifices they have made — and continue to make — cannot be repaid by observing a single holiday.

But it is incredibly important and so appropriate to mark Veterans Day each year. At this moment, we as Americans must cast aside our differences to consider how what we cherish most about our lives has been made possible by those among us willing to protect our shores and safeguard our freedoms.

Earlier this year, the United States ended its military mission in Afghanistan after nearly two decades. Given the chaotic withdrawal and the Taliban regaining power over the nation, many people wondered what we accomplished while there.

Of the 2,465 Americans who died in Afghanistan, 180 soldiers were members of the 10th Mountain Division at Fort Drum. While we’re sometimes left with questions about our rationale for war, we have no doubt about the courage of all those who defend our nation.

An editorial published eight years ago on this page stated: “It is important for the nation to join together today to appreciate its veterans of all ages, regardless of whether they answered the call to service when the country was at war or at peace. Each veteran has his or her individual story of service, each their own reason for serving. Yet most share some common ideals: love of country; a sense of duty, courage, honor, devotion to a cause greater than oneself; a willingness to give back to America; and faith in the nation’s highest values.”

As inadequate as this expression is given the enormous debt we owe our veterans, all we can say is thank you. Their service brings out the inherent goodness that lies at our nation’s founding.