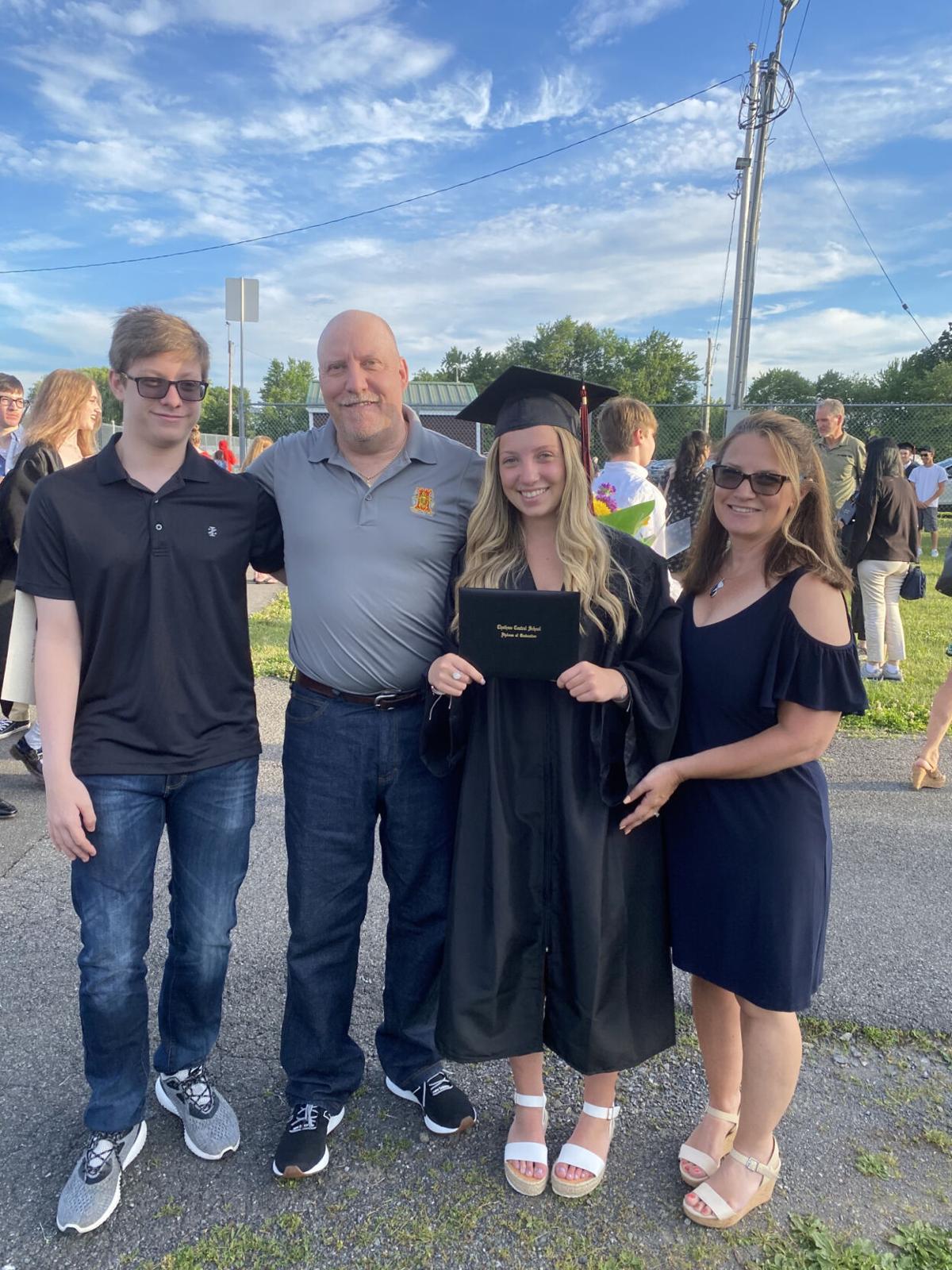 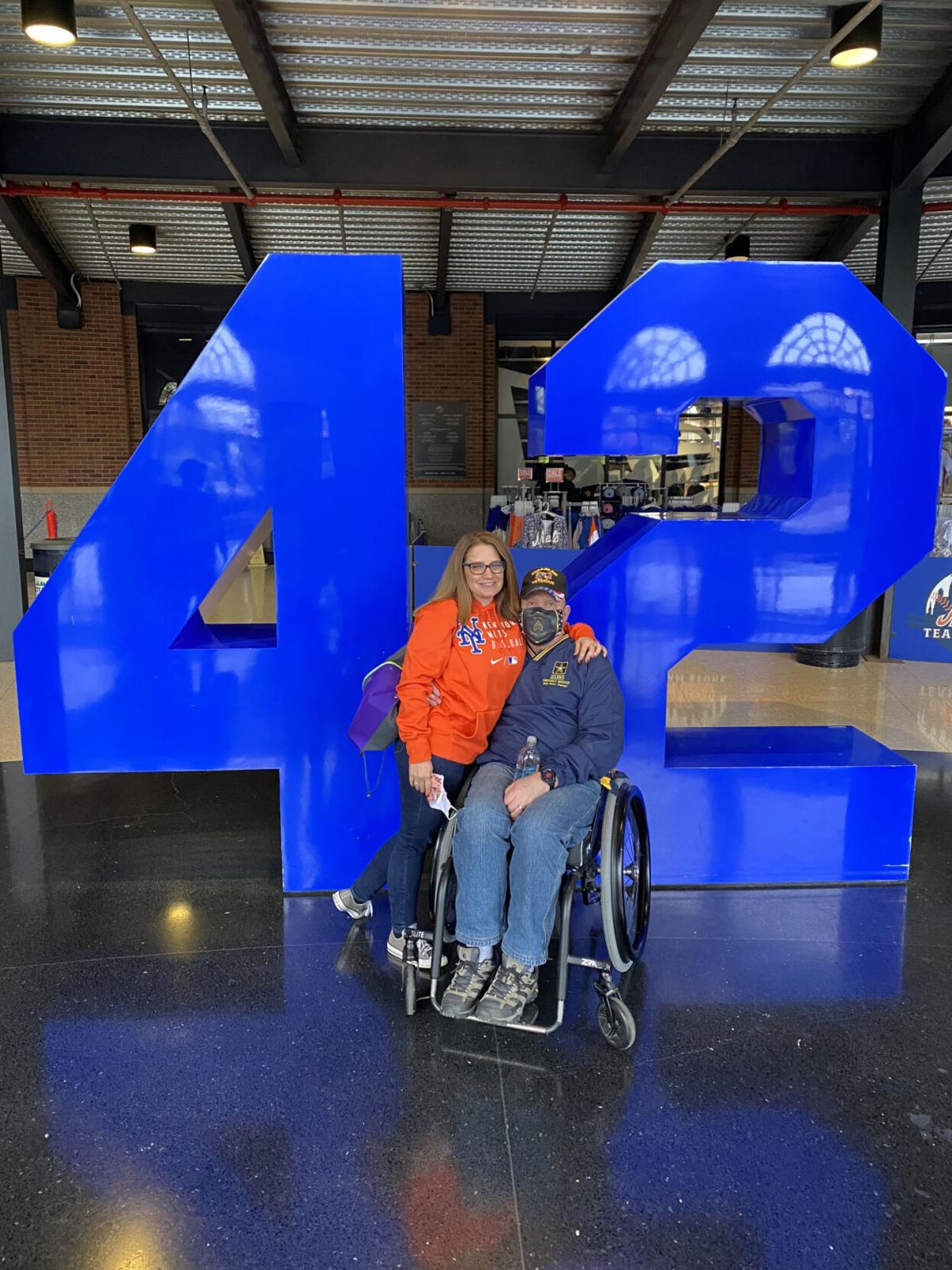 Briana and her father Steve Pechacek, a disabled veteran. The family lives in Ghent. Contributed photo 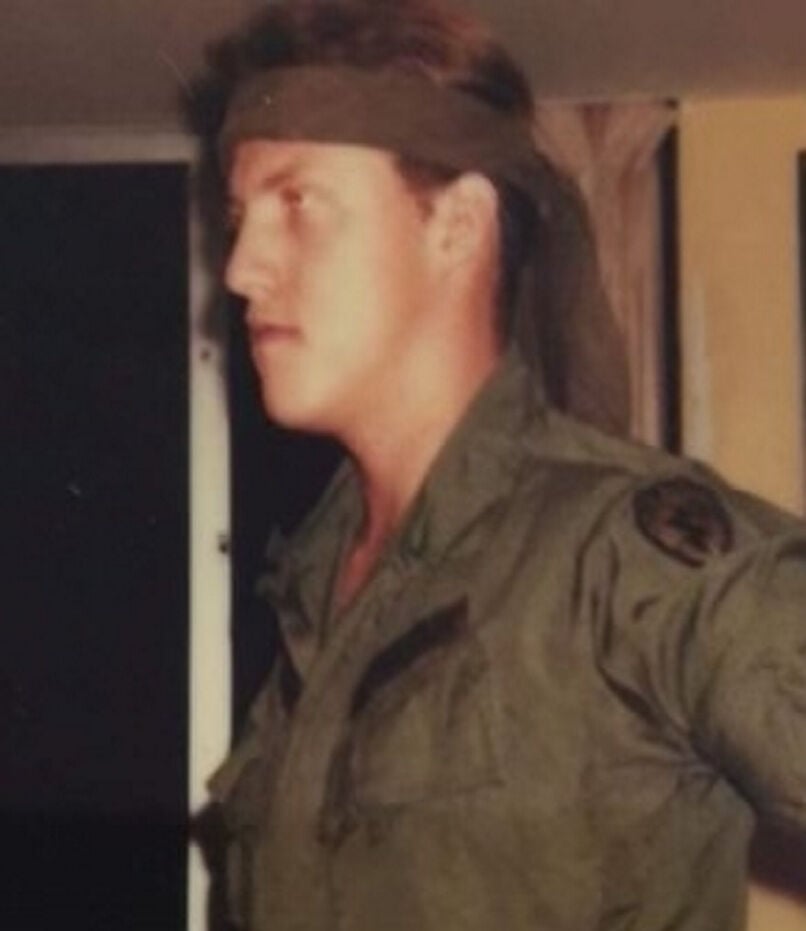 Steve Pechacek pictured in his U.S. Army uniform in the 1980s. Photo provided

Briana and her father Steve Pechacek, a disabled veteran. The family lives in Ghent. Contributed photo

Steve Pechacek pictured in his U.S. Army uniform in the 1980s. Photo provided

Briana Pechacek wants all New York veteran families to be eligible for programs meant to help the loved ones of deceased or disabled service members — just like her father.

Pechacek, 57, is a severely disabled veteran, but unless a bill becomes law, his children are ineligible for the Military Enhanced Recognition Incentive and Tribute, or MERIT, scholarship intended for the children, spouses or financial dependents of American servicemembers who died or became permanently disabled.

The Pechaceks were surprised earlier this year when Briana’s application was denied. The award provides financial aid to the children, spouses and financial dependents of members of the U.S. military who died, became severely disabled or injured while performing military duties.

The benefit comes with an interesting cutoff: Loved ones of service members are eligible if the veteran died or was injured in duty after Aug. 2, 1990.

“Seeing the date was kind of aggravating because there’s so many people that don’t meet the cutoff date, and no veteran or veteran family should have to worry about their kid having debt after school, especially after serving the country,” Briana said. “That’s something that should be automatic.”

The night of her graduation June 25, Briana received an email from HESC with a heading including Gov. Andrew Cuomo’s name announcing her MERIT scholarship application was approved. She was not required to reapply.

“I got it, and I’m super thankful that I got it, but I don’t just want it for me,” Briana said. “I want it for everybody else that’s also affected by it.”

After his daughter’s application was denied, Steve relentlessly called and emailed his local representatives to inquire about changing state law.

“This was wrong,” Steve said of the service cutoff date. “The date would affect other veterans and their families. You’re leaving out Panama, Iran, Beruit, Yemen... there’s so many conflicts. Who knows how many families of veterans wanted to go to school.”

Families and state lawmakers have wondered why Gov. Andrew Cuomo has not signed the bill, which unanimously passed in both houses of state Legislature before the end of session, to remove the cutoff date and expand the scholarship’s eligibility.

“This is one of nearly 900 bills that passed both houses this session and it remains under review by Counsel’s Office,” Gov. Cuomo’s senior adviser Rich Azzopardi said in a statement.

Representatives with the governor’s office would not answer multiple requests for comment about why the bill has not been signed or why Higher Education Services Corporation specifically reviewed and approved Briana’s case, but Cuomo has not signed the bill to expand eligibility for all New Yorkers.

“The MERIT Scholarship bill we introduced, which expands eligibility to include service prior to 1990 for severely and permanently disabled veterans and their dependents, dependents of those service members deemed MIA, and Gold Star Families, passed in both legislative houses last month, and now awaits the governor’s signature,” bill sponsor Assemblymember Didi Barrett, D-Hudson, said in a statement. “We have urged the governor to sign this bill as soon as possible, and I encourage others to reach out to his office as well. These service members and their families have already paid an incredibly steep price, and have waited too long for these overdue changes to the MERIT Scholarship program. New York should proudly step up and support our veterans and military families and encourage them to follow their educational dreams.”

Barrett has remained in touch with the Executive Chamber since session ended to urge the governor to sign the bill, but has not received a response.

“My father, a member of the Greatest Generation, always said the squeaky wheel gets the grease,” Steve said. “I’m doing something that wasn’t only for me. It’s going to help other people.

“This has nothing to do with politics. It’s our veterans.”

Steve entered basic training at Fort Benning, Georgia, at 17. Steve enlisted at age 16, inspired to serve by his father, a World War II veteran who was involved in the Normandy Invasion and the Battle of the Bulge.

“My weapon became a runaway,” the Army sergeant recounted. “It was firing without my finger being on the trigger.”

Steve fell off a cliff on the difficult terrain while attempting to bite his ammunition-laden belt off to prevent the firearm from continuing to fire.

“The next thing I know, I’m being medivaced by helicopter and I messed up my leg pretty bad,” Steve said. “My spine is a mess.”

Pechacek, the former captain of Chatham Rescue Sqaud, and his family have lived in the county for more than two decades.

Originally from Long Island, Steve worked in radiology technology at Stony Brook University for several years before relocating upstate in the late ’90s. He worked as an MRI and application specialist for General Electric.

Steve had 15 surgeries while enlisted.

His last surgery, his 44th, was in 2012, after a difficult procedure. He retired from work afterward.

Briana’s father’s injuries and ongoing medical treatments inspired her to enter the field. The Chatham High School graduate plans to study nursing at the College of St. Rose in Albany starting this fall.

“I’ve always been interested in being able to help people,” Briana said. “I’ve known ever since I was really young just seeing my parents go through a lot of medical stuff, I wanted to be able to help them, but I couldn’t. But now, I know I could help.”

“In fairness, he’s got the rest of the year for these bills to come his way,” Stec said. “I don’t know the inner workings and mechanics of how the second floor and the Legislature decide what bill to send to the governor in what order, so your guess is as good as mine. But I will be absolutely shocked if the governor hasn’t signed the bill. There’s zero reason for him to not sign this bill.”

The legislative fight to fix the issue dates back to 2006. Several bills have been proposed to expand eligibility for the MERIT scholarship since, but did not pass.