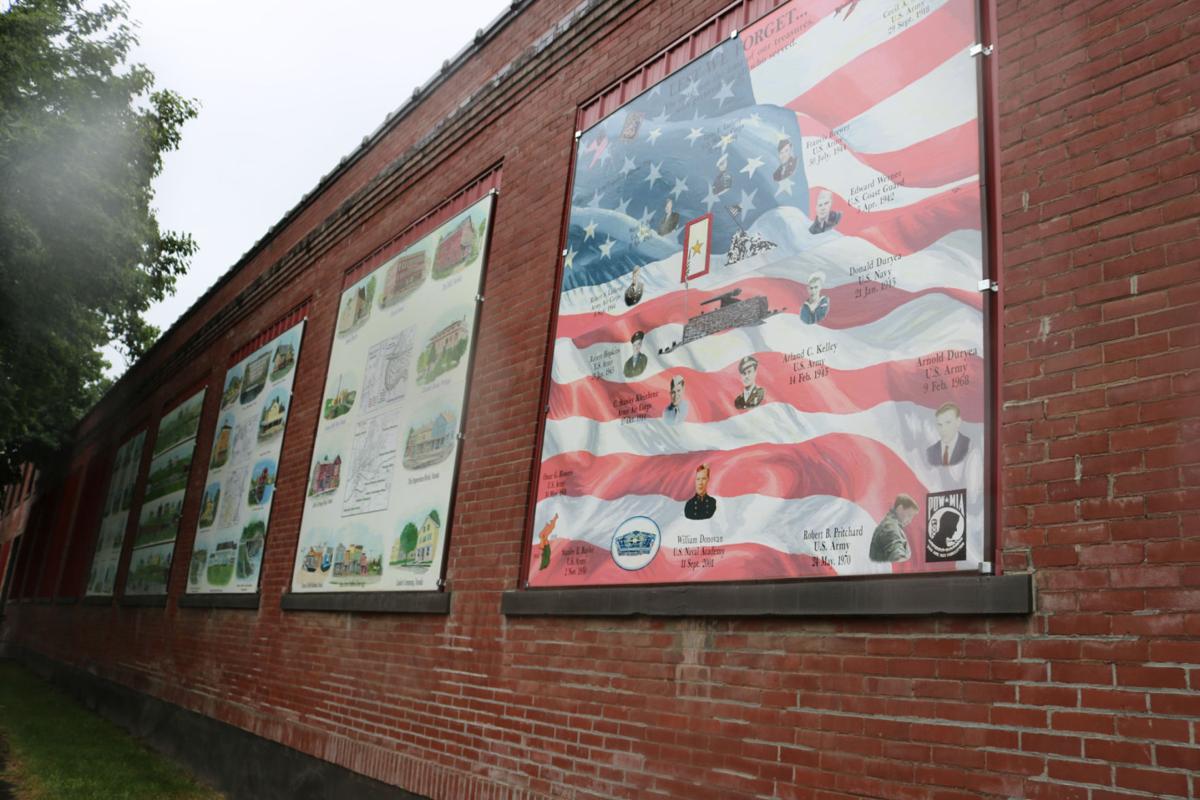 Brendan McDonough/Livingston County NewsNew murals. Five of 11 murals are now on display in Nunda. It is all part of an effort by the Livingston County Economic Development and the Nunda Pubic Art Project to bring history alive in Nunda. 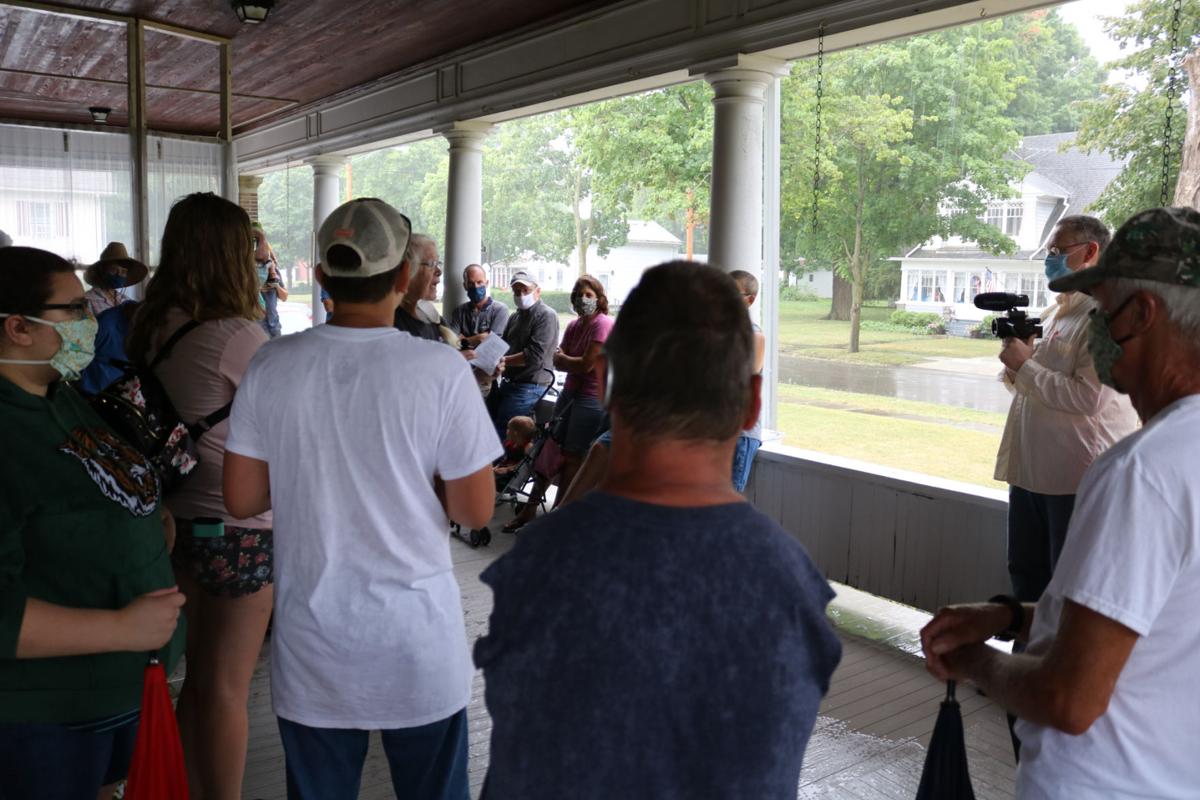 Brendan McDonough/Livingston County News The soaking rain on July 11 forced more than a dozen people to take cover on the porch at the Nunda Government Center during an unveiling of five murals on the side of the Seating Factory building in Nunda.

Brendan McDonough/Livingston County NewsNew murals. Five of 11 murals are now on display in Nunda. It is all part of an effort by the Livingston County Economic Development and the Nunda Pubic Art Project to bring history alive in Nunda.

Brendan McDonough/Livingston County News The soaking rain on July 11 forced more than a dozen people to take cover on the porch at the Nunda Government Center during an unveiling of five murals on the side of the Seating Factory building in Nunda.

NUNDA - Five of what will eventually be a total of 11 murals showing the history of Nunda were unveiled Saturday as part of the village’s “Americana Days Lite.”

“It is supposed to be a timeline of the greater Nunda area, events, sights and people that are important in the history of Nunda,” said Mayor Jack Morgan.

Instead of having the July 11 dedication ceremony in front of the murals, which appear on the side of the Seating Factory Building, rain forced organizers to have the ceremony on the porch of the Nunda Government Center.

With the help of the Nunda Historical Society, two local artists worked on the project. Many of those attended the dedication said the murals captured the essence of their special town - from historical buildings to local treasures unique to Nunda.

“My favorite is the one from the military because I have an uncle there, his picture is there,” said Merilee Walker, the Nunda town supervisor. “He was from World War II. I wish my mom was still here; she would have been thrilled to see this.”

Morgan said about a year ago, Livingston County Economic Development approached him about forming an art committee. From there, said Morgan, the Nunda Public Art Project was born with money from a combination of grants and local donations coming to help pay for the murals.

For months, artists John Gordinier and Don Hooker worked together on the project.

“We were working seven days a week with many hours each day and sometimes late at night,” said Gordinier.

Using a combination of painting and newer technology, the artists created the murals.

“The images are projected onto mesh and the artists do the designs from there,” said committee member Joan Schumaker.

The two men said before working on the murals they did not know each other very well, but through the project, they formed a friendship with Gordinier coming up with many of the ideas for the murals and Hooker following his lead.

The painting style of the two artists is also different. Gordinier paints with his hand and, Hooker, because of a disability, can only paint with his mouth.

“It has been a lot of fun,” said Hooker.

Gordinier said some ideas for the other murals are already being developed.

“We are eventually going to get back to Native American culture on the far left and then more recent events on the far right,” said Gordinier.

The public art committee along with local leaders will be working together on the ideas for the other mural. Morgan says the topic for the final panel has already been selected.

“I will tell you that the final one will be current events,” he said. “It will be stuff that is happening now or within the last year.”

In the near future, Morgan said additional features will also be added to the murals to help people view their stories.

“Eventually there will be lighting and plaques to explain everything,” he said.

For the artists working on the project, it was a labor of love.

“I am honored because you have people who are tearing down history and we are trying to reproduce it,” said Hooker. “It was an honor for me to do that.”

An honor for the artists and a delight for the local residents who had a chance to view the murals.

“They are beautiful,” said Nunda resident Francine Ludwig. “We are so fortunate to have these guys do that, they are artists. I grew up in Nunda so I remember a lot of them not all of them but most them.”

In addition to viewing the murals, some say they are hoping the artwork will be used as an educational tool for the next generation.

“I am sure that maybe some of the history teachers at the school could use those, as a basis of the history,” said Walker, the town supervisor. “We are hoping that it will generate a lot of interest.”