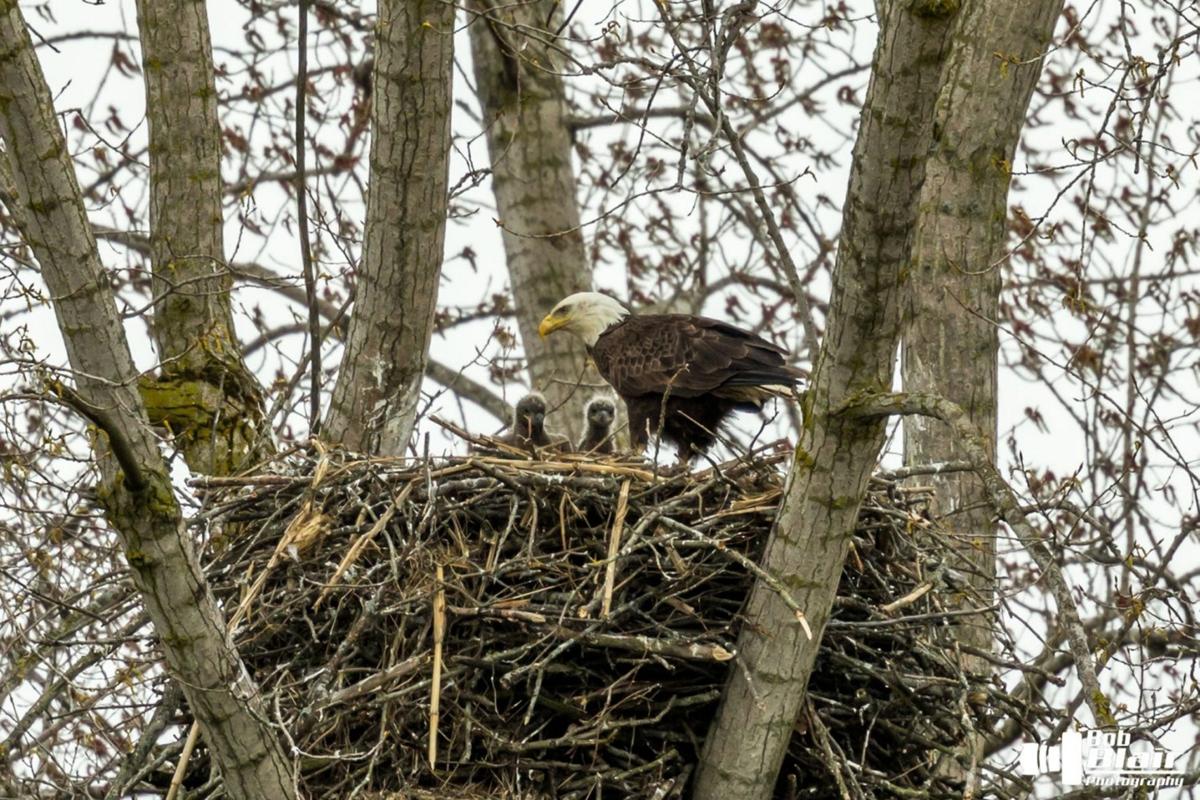 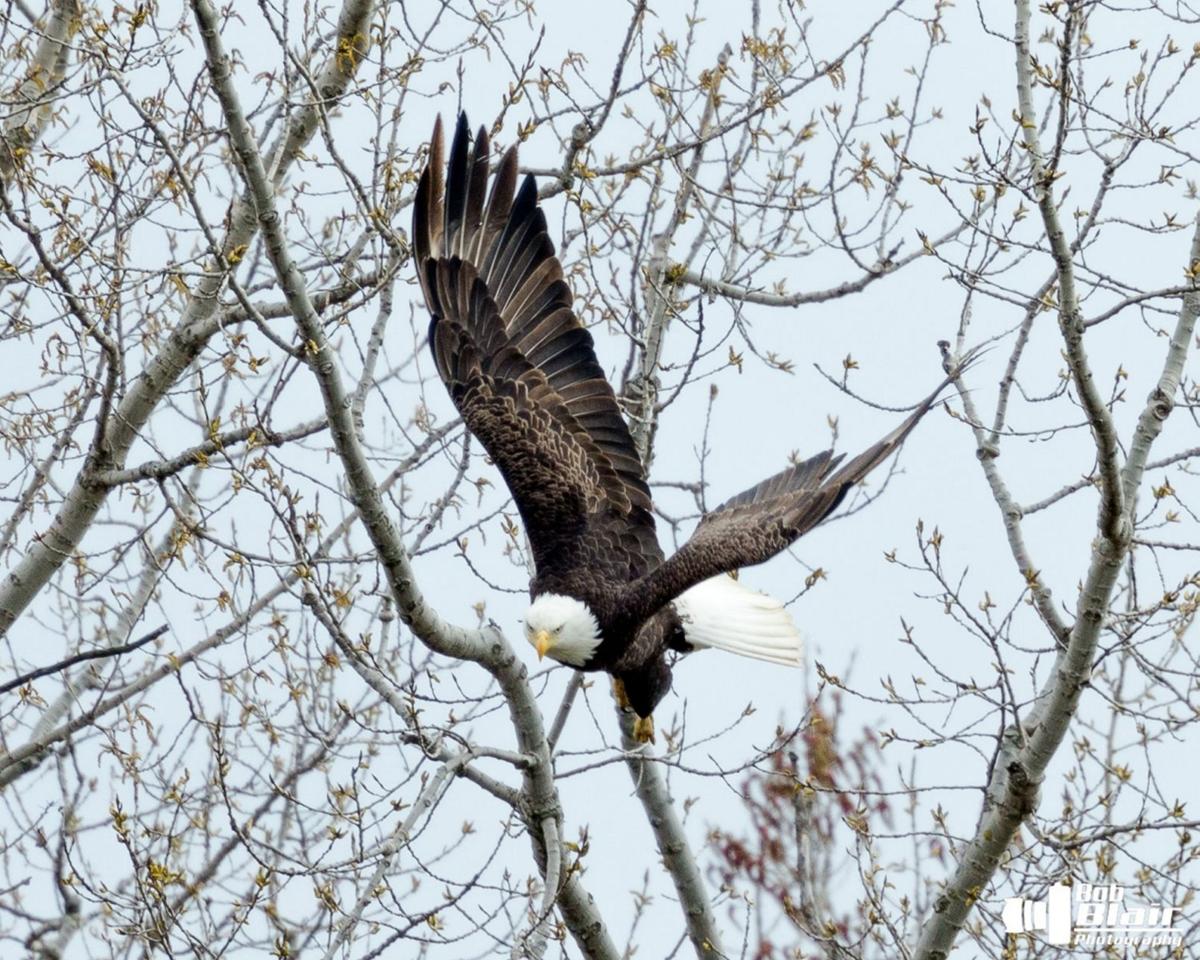 MUMFORD – First he saw one baby eaglet, then when Caledonia resident Robert Blair came back the second day he said there were two baby eagles.

“You can hear the little eaglets chirping and it is pretty exciting,” said Blair.

Blair is a retired corrections officer turned professional photographer who said he originally saw the eagles nest in nearby Mumford about three years ago. He said the eagle pair has been returning to the nest each year and making it bigger each time.

“The nest is huge. Especially in the winter time when there is no leaves on the trees, it sticks out like a sore thumb because it is huge. I thought it was so cool,” said Blair.

Sometimes he watches them for a short time. The longest he said he has stopped to look at the nest was a little more than two hours.

“The cool thing about the eagles is the way that they communicate with each other. You sometimes will hear birds chirping in the morning, but when these guys start to call each other there is no mistake that they are calling for each other and it is very distinct, very high shrill,” said Blair.

With two baby eaglets in the nest Blair said the parents are never far away.

“They are real big. There is always one of them sitting up there watching, up in the tree keeping an eye on the nest,” said Blair.

From mice to road kill, he said they will each just about anything.

“A lot of other birds, you do not get an opportunity to see them get fed, these guys you can sit there and watch them. Whatever they have brought into the nest they will tear it apart and feed it to the little eaglets. It is kind of neat,” said Blair.

What is also cool, he said, is just to watch them take flight, off and on the nest.

“They are so majestic. It is a beautiful bird. They are a national symbol and it is just a gorgeous bird. It is huge,” said Blair.

From just a tiny eaglet to a full-grown bird, Blair said he has been watching them take flight.

“It is like 10-12 weeks before they fly. When they are about ready to fledge you see them up on the nest, jumping and flapping their wings getting the nerve to jump off and they will do that for about a week. They do feed a lot to make them grow that big so fast. They are just so cool to see,” said Blair.

After spotting the nearby nest, Blair said he has become an eagle admirer. He said he is amazed at the eyesight that they have.

“Eagles have great eyesight. They can see a rabbit-size animal three miles away,” said Blair.

He said they also have big claws that can easily grab fish from nearby streams.

“It takes four to five years for the white crown on their head to appear. Before that they look like a large crow,” said Blair. “They are easy to get caught up into.”