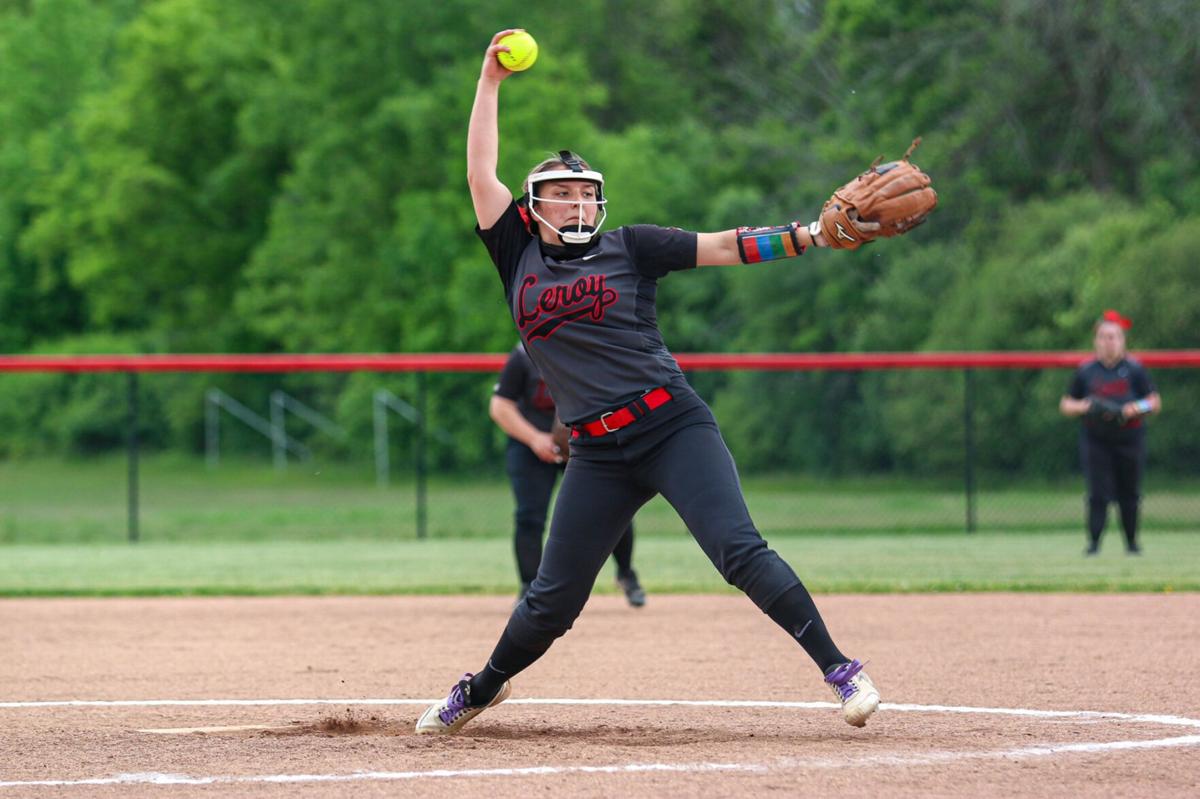 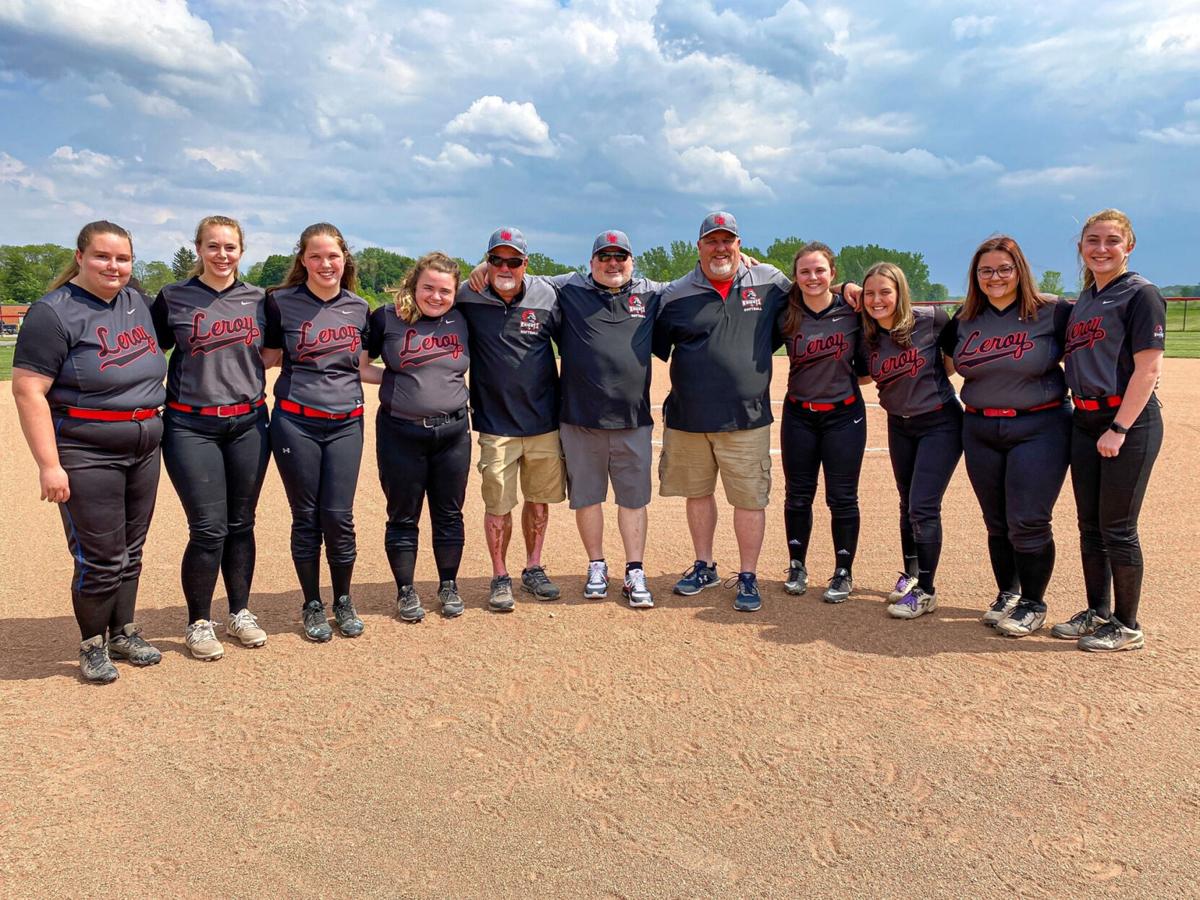 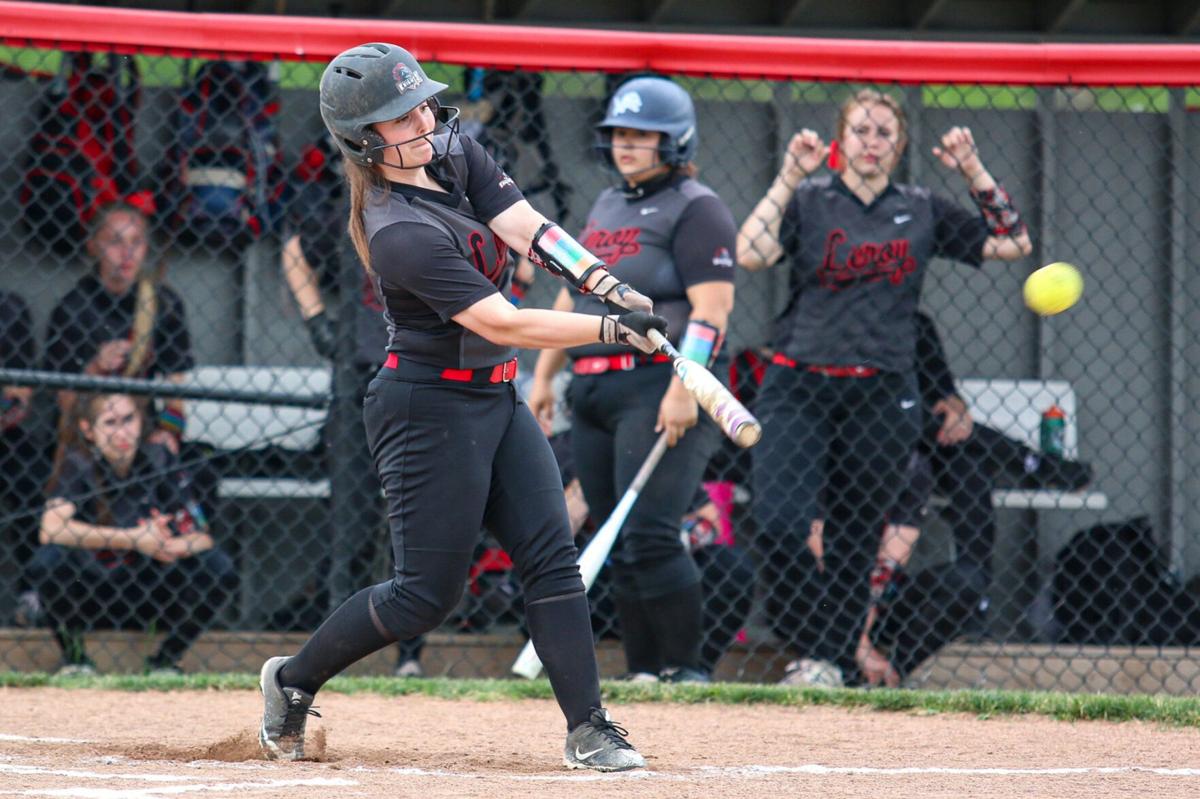 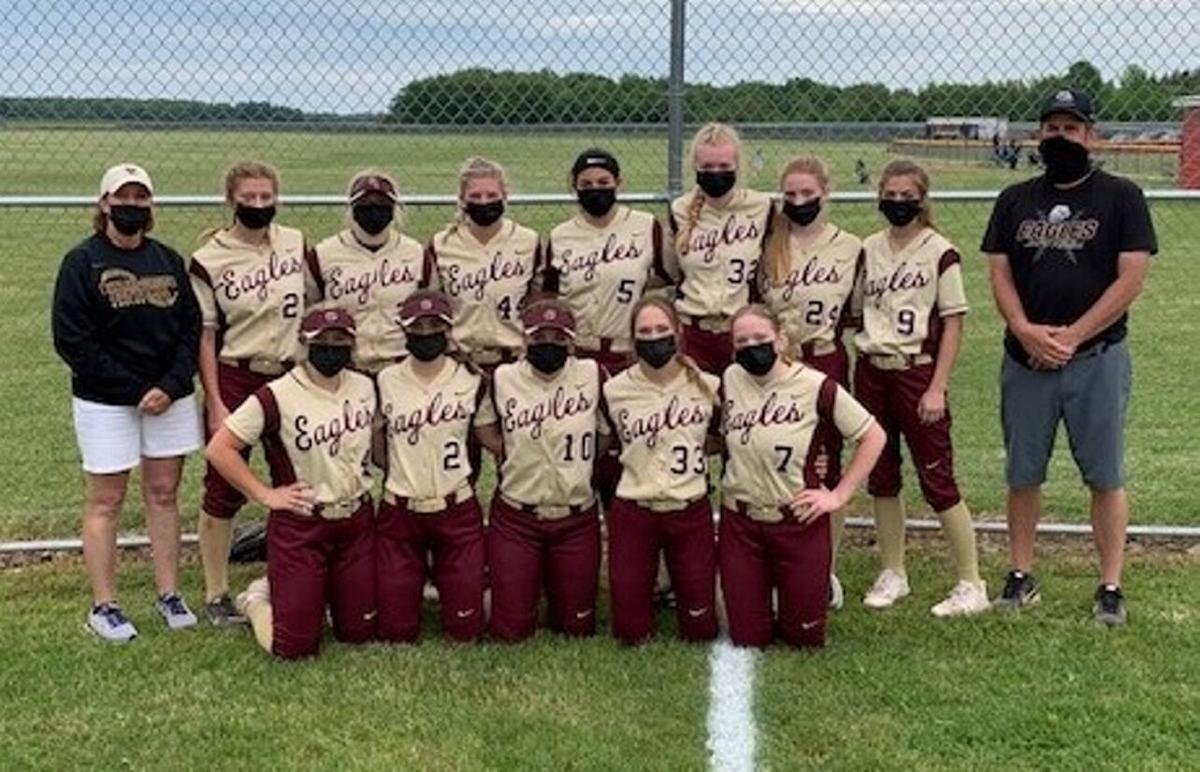 LE ROY — A day after she made some Section V history, Le Roy senior pitcher Hayley Papp made some personal history on Wednesday afternoon.

Papp tossed her first career perfect game as the Oatkan Knights stayed undefeated on the season with a 15-0, 6-inning win over Hornell at Hartwood Park.

On Tuesday Papp set the Section V all-time career doubles record with 58 and against the Red Raiders she added to that with two more two-baggers to go with four runs scored.

Jillian Curtis also had a big day as she finished with two hits and five runs batted in, while Brenna Fenstermaker also had a pair of hits to go with four RBIs in the easy win.

Also for Le Roy, Bryn Luckey had three hits and a pair of runs driven in and Quinn Doty added two hits and two RBIs.

The Oatkan Knights are now 14-0 with one game remaining — at Letchworth on Saturday — in the regular season.

Visiting Cal-Mum scored eight runs before Pavilion even came to the plate as the Lady Raiders held on for the LCAA D-III victory.

With Cal-Mum leading 14-4 in the bottom of the fifth, Pavilion plated seven runs to pull close.

Avery DeMarco finished 2-for-3 with two runs scored while Mackenzie Stetzenmeyer went 2-for-4 with two RBIs.

Pavilion (1-11) was led by Lauren Kingsley, who was 3-for-5 with two triples and four RBIs.

Sydney Finch, Sarah Laurie, and Emilee Weis all had two hits for the Lady Gophers.

“It was a good start for us getting out to a 10-0 lead but we need to cut back on allowing big innings which get extended by errors,” Cal-Mum head coach Dan Dickens.

In their first match up this season in York, the Lady Indians needed some late game magic to pull out the victory.

Fresh off their LCAA D-III title, Keshequa improved to 13-2 on the season with their impressive performance over a tough York squad.

Offensively, Kelsey Davis was 3-for-4 while Heather Moriarty was 1-for-2 with a double and a run scored.

Mackenzie Gillen was added two hits and scored two runs while Catrina Pierce was 2-for-3 with two runs scored.

Winning pitcher Greta Huber tossed a complete game three-hitter with 13 strikeouts and no walks as Way-Co claimed not only the victory over Letchworth but the LCAA D-II title as well.

Offensively, Laura Mansfield reached bases all four times as she was 2-for-2 with a double, two RBIs and a run scored while also walking twice.

Sydney Wetherbee was 2-for-5 with two RBIs and two runs scored while Huber helped her cause going 2-for-3 at the plate with a double.

Hannah Fairbrother added a two-run double and scored a run while Kailey Johnson had a hit and scored three runs.

Brooke Lander added a hit, scored once and drove one in while Nora Schubmehl added a hit and a run scored for Way-Co, who improved to 14-2 on the season as they will play Geneseo Thursday in their regular season finale.

Brooke DeGroff, Allison Diver and Trinity Scott had the hits for the Indians, who fell to 6-6 on the season.

The Lady Mustangs brought their bats as they crushed the ball Wednesday afternoon.

Taylor Mann had a career night with five hits in five at bats while hitting three doubles and scoring three runs.

Sami Mackey was 3-for-4 with three runs scored for the Lady Mustangs.