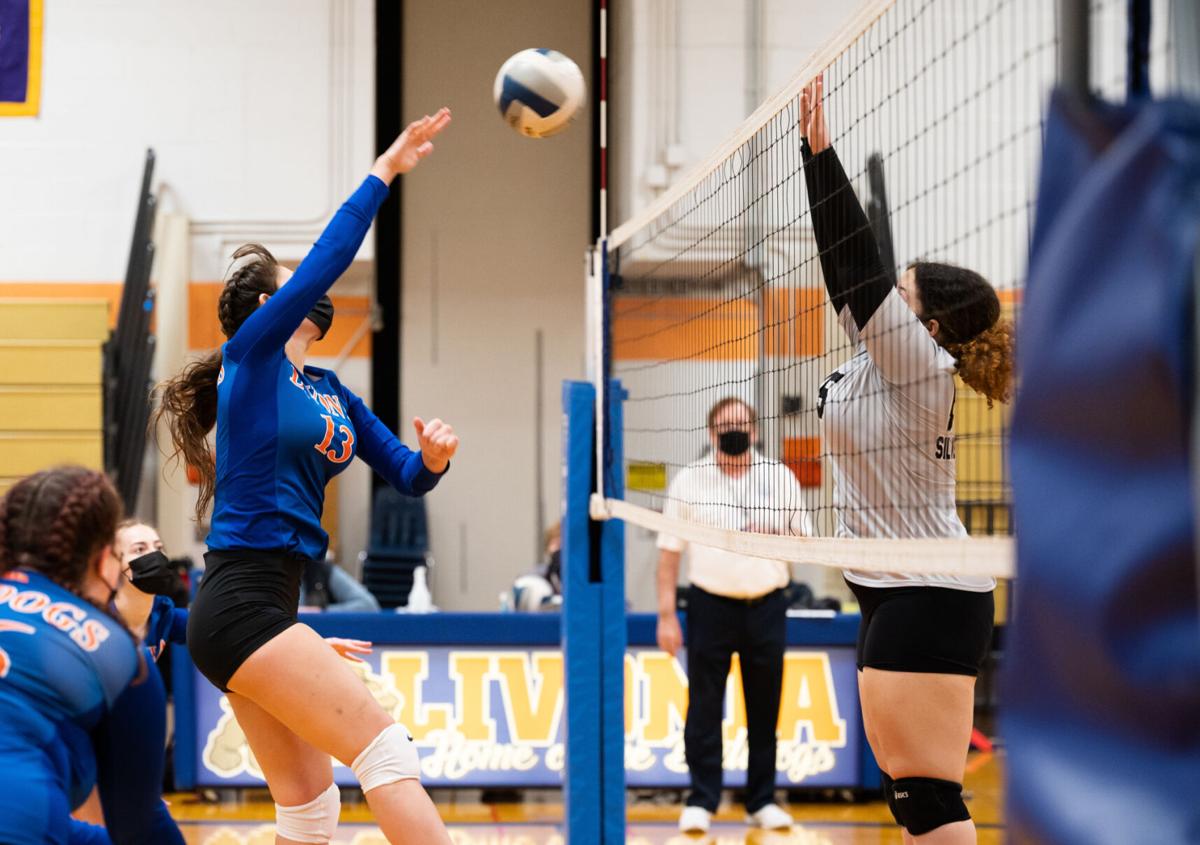 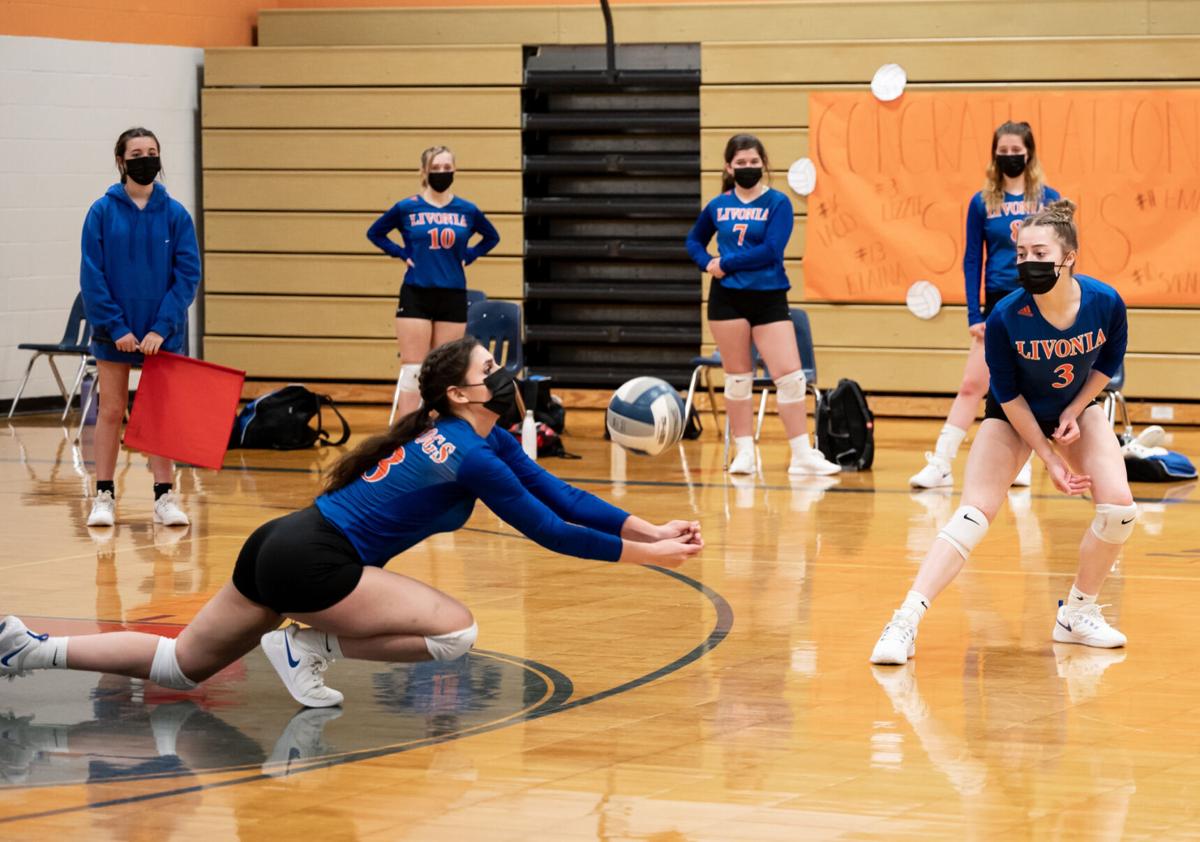 Photo by Lindsey Meys A Livonia players comes up with the nice dig Wednesday against SOTA. 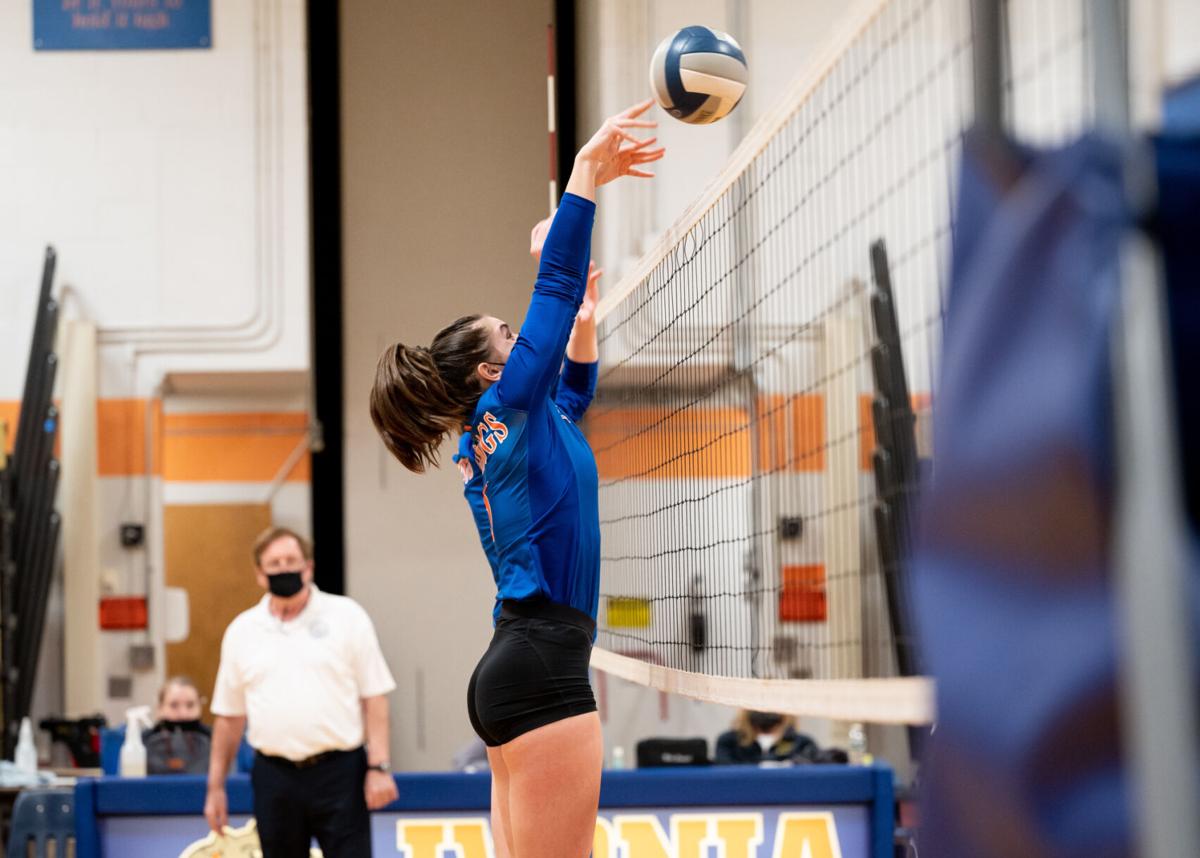 Photo by Lindsey Meys Host Livonia came away with the easy victory Wednesday over SOTA sweeping all three sets.

Photo by Lindsey Meys A Livonia players comes up with the nice dig Wednesday against SOTA.

Photo by Lindsey Meys Host Livonia came away with the easy victory Wednesday over SOTA sweeping all three sets.

LYNDONVILLE — Visiting Notre Dame improved to 4-0 on the season as the Fighting Irish swept Lyndonville in three sets, winning 25-10, 25-17 and 25-15 in Genesee Region action Wednesday.

It was another team effort that led the way as Sarah McGinnis had six service aces with three digs while Amelia McCulley had eight kills. Lindsey Weidman tallied five kills and two blocks while Avelin Tomidy contributed three kills.

For Attica, Ellie Cusmano had five aces and three kills while Ellie Newell had 11 assists and three aces.

For Elba, Laci Sewar and Miah Werth each had four kills while Taylor Augello served up two aces.

Oakfield-Alabama was led by Megan Johnson with six assists and four digs while Colbi Heineman had four kills and one ace.

After falling in their second set by just two points to Kendall, Byron-Bergen turned up the heat.

Teammates Lexi Vurraro had a big game with 23 assists and seven aces while Madelynn Pimm added seven kills, four aces and three digs as the Bees improved to 4-1.

Kendall (2-2) was led by Lauren Pilon with 15 digs and five kills while Taigan Guerrero had 11 digs.

Rylie Merle led the Trojans with 10 kills and four aces while Hailie Kramer had six kills and three aces.

Cole Tillotson dished out 17 assists with four digs while Logan Hawthorne chipped in with five digs.

Keshequa (1-2) was led by Jacob Gibson with seven service points, four kills and three blocks while Cameron Bean served for 12 points with 10 assists.