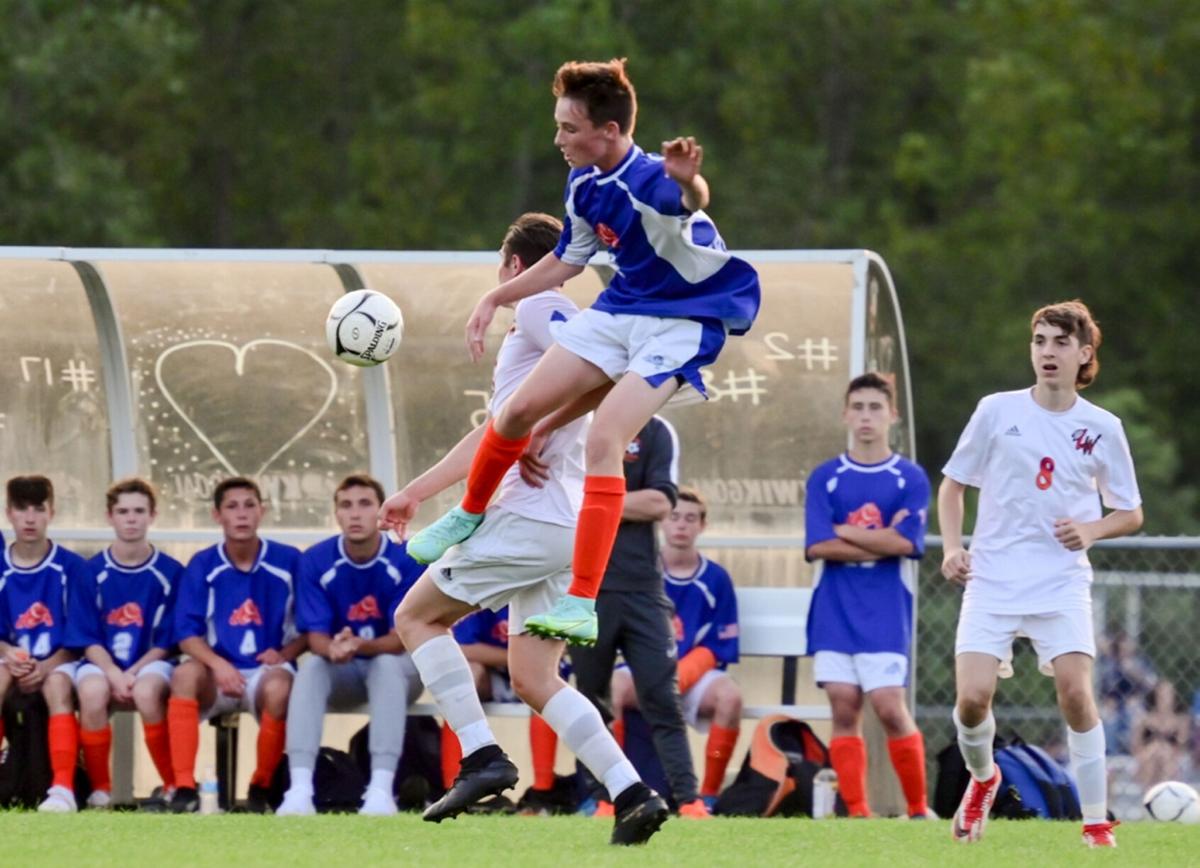 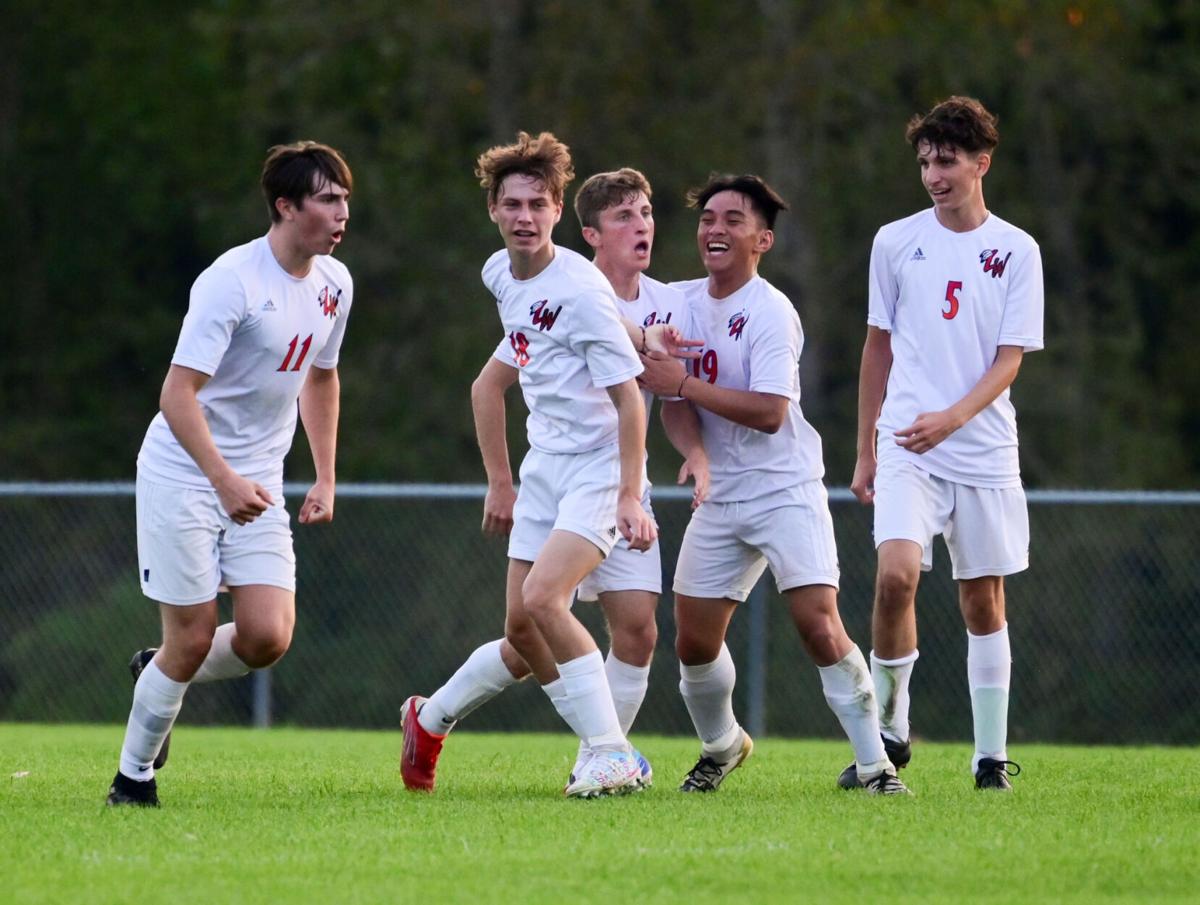 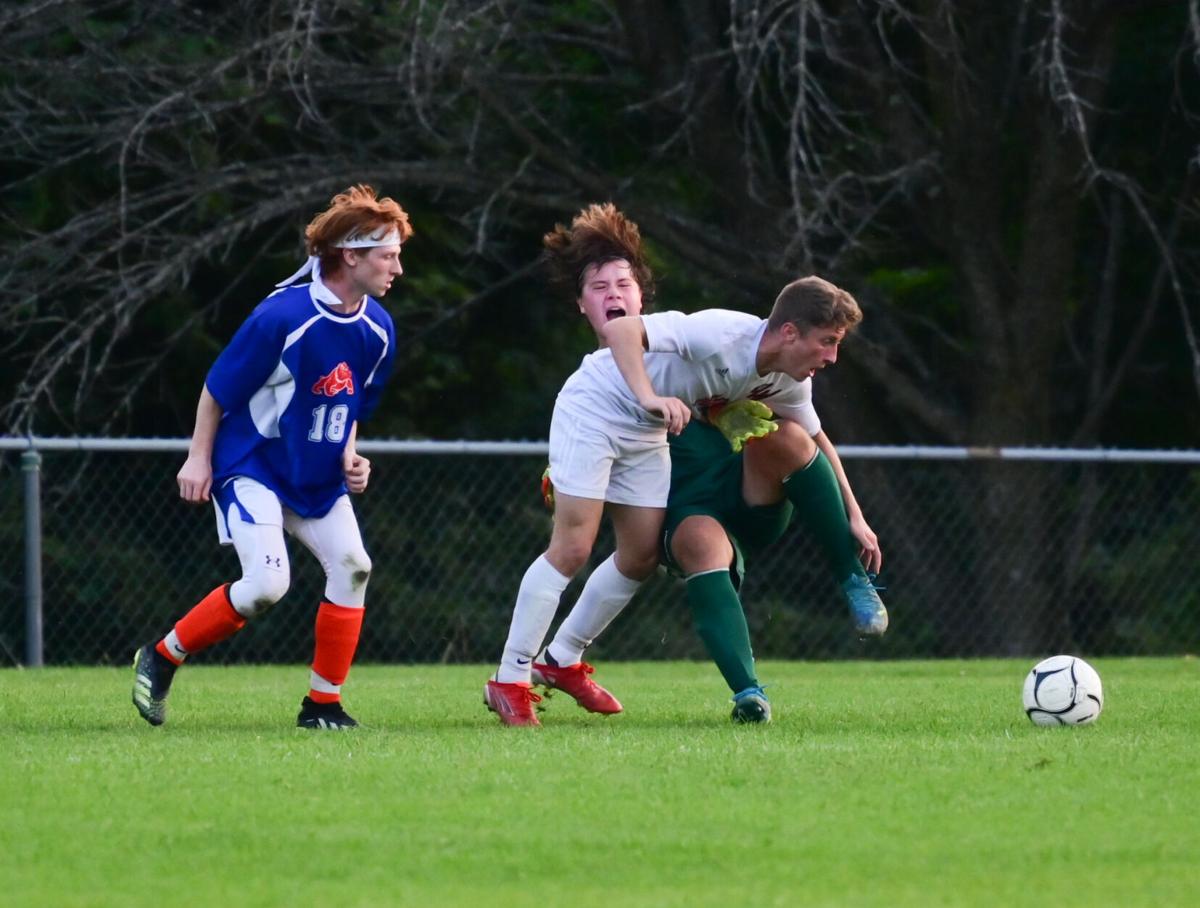 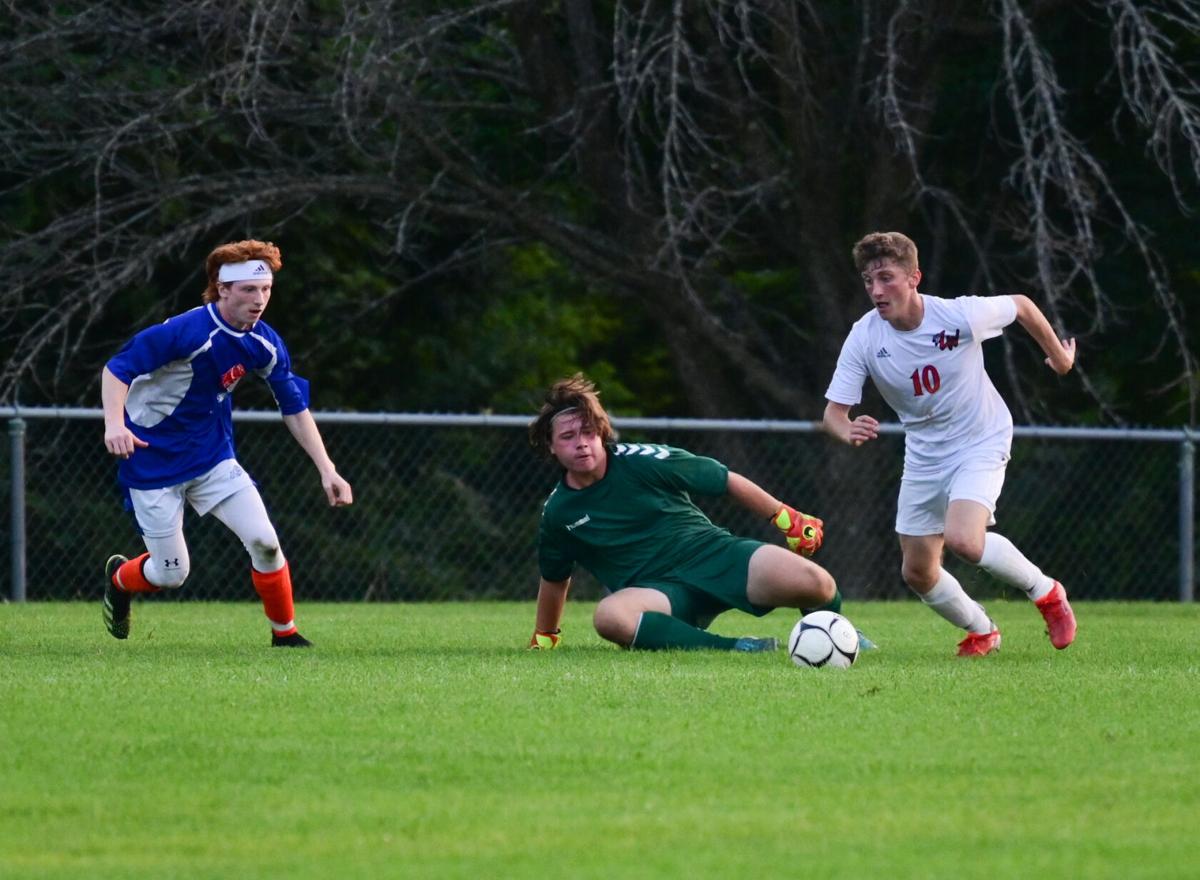 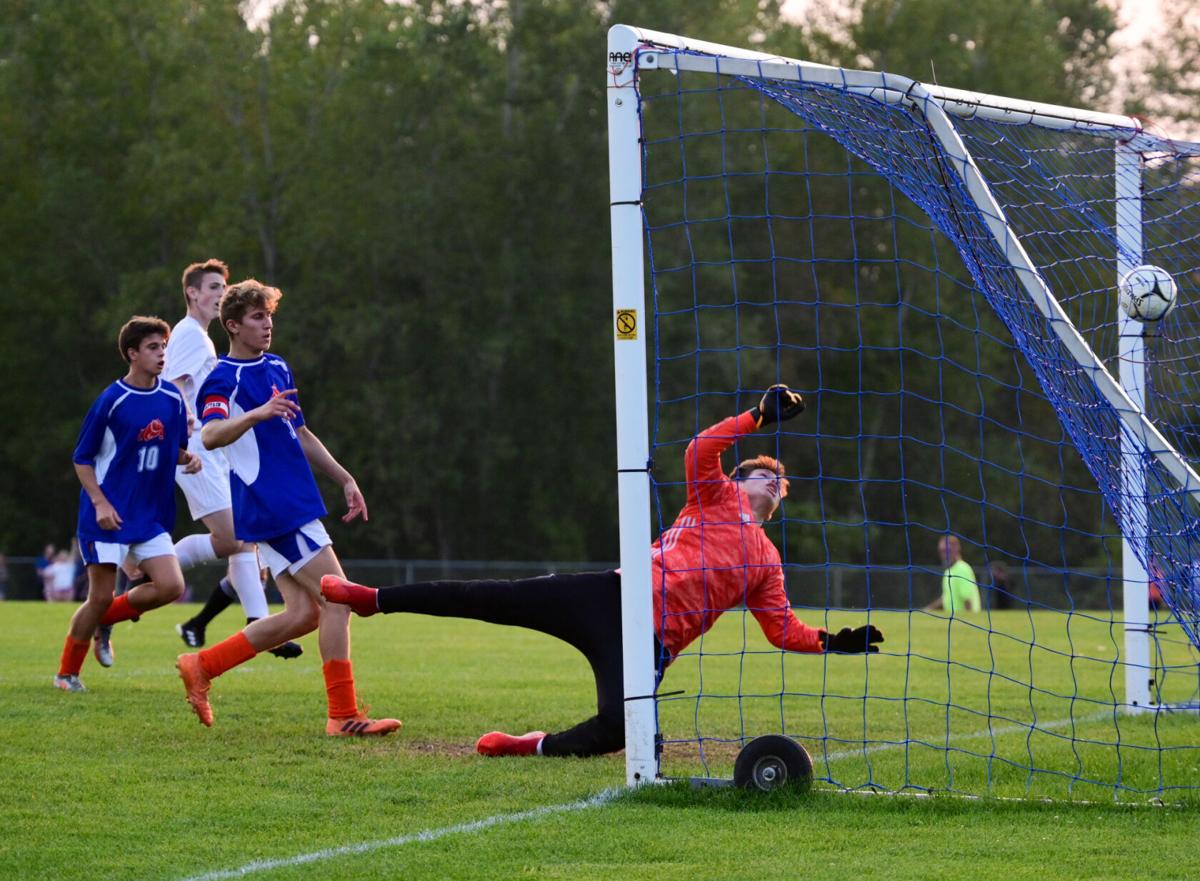 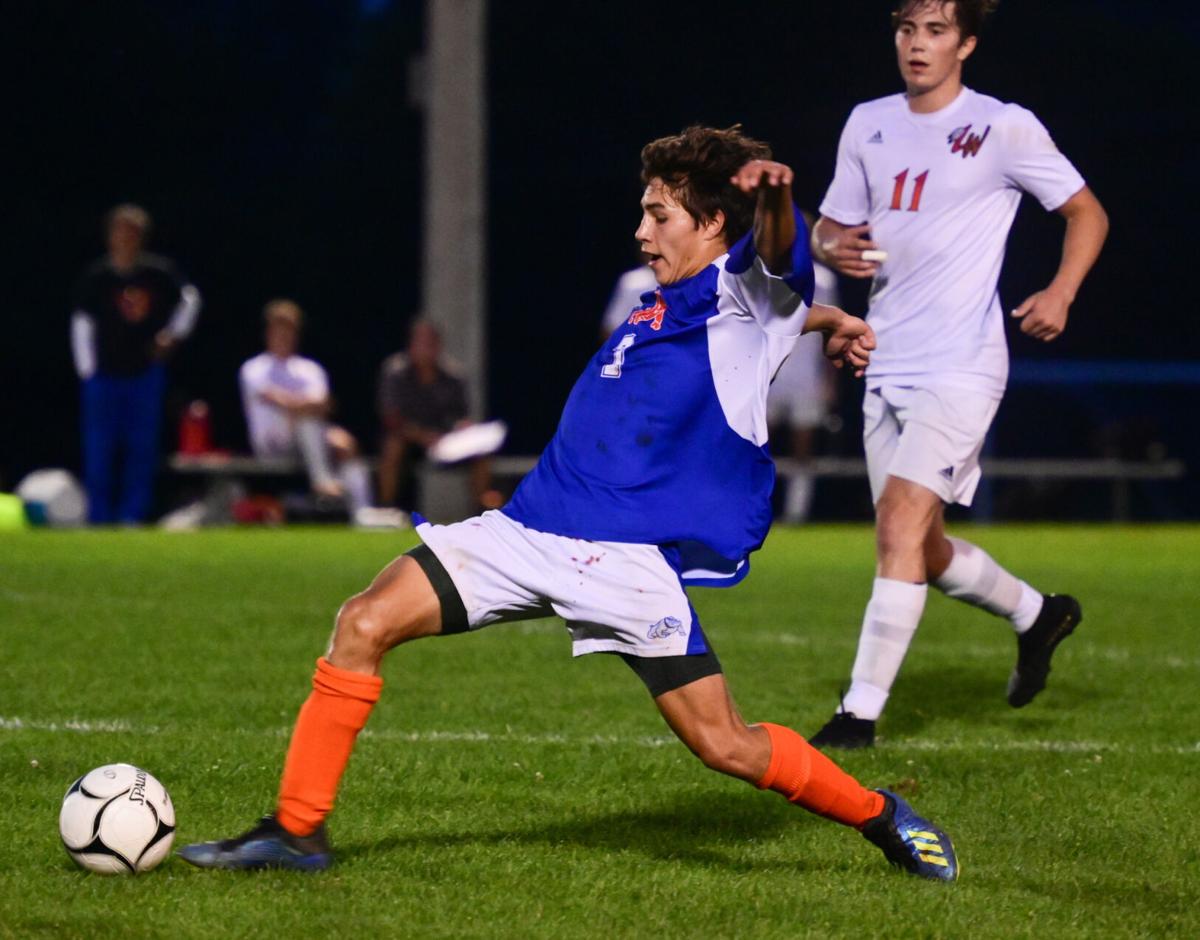 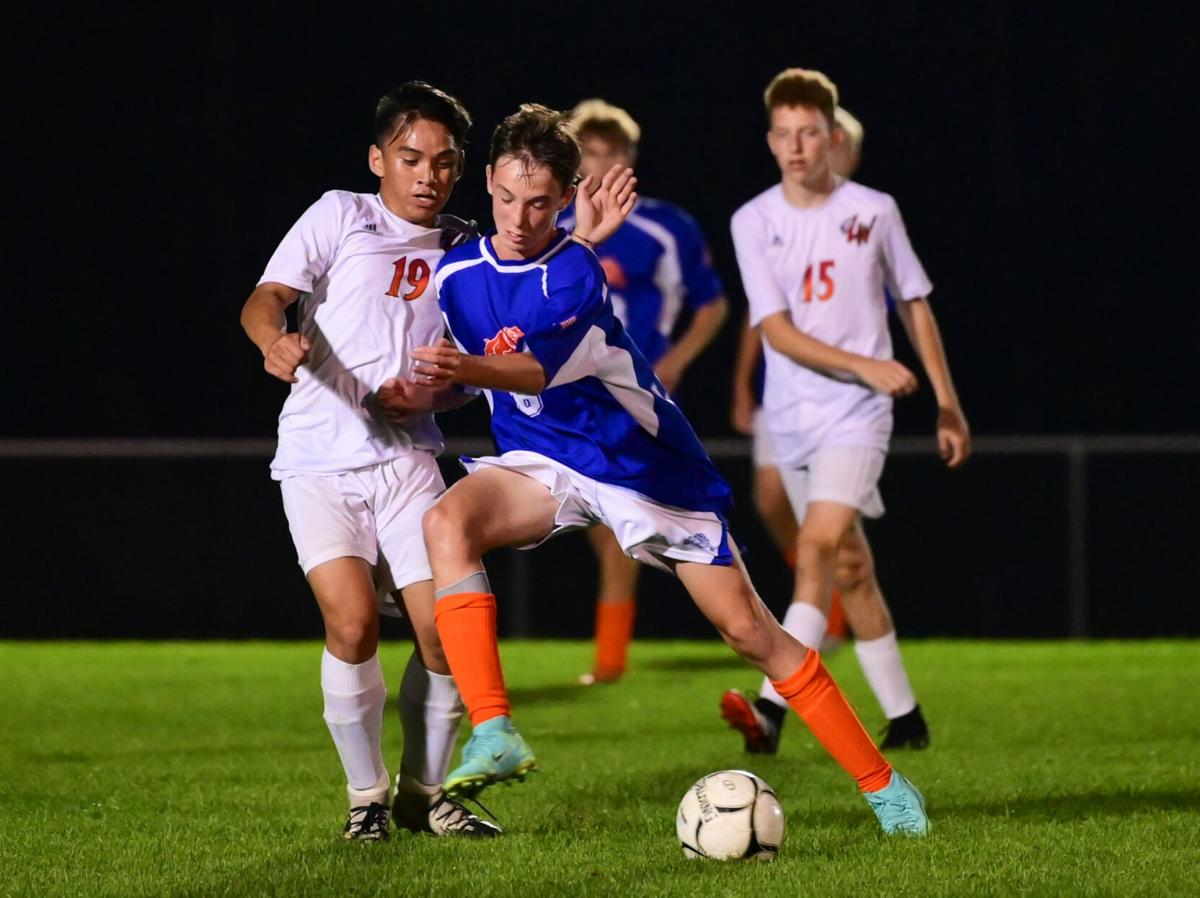 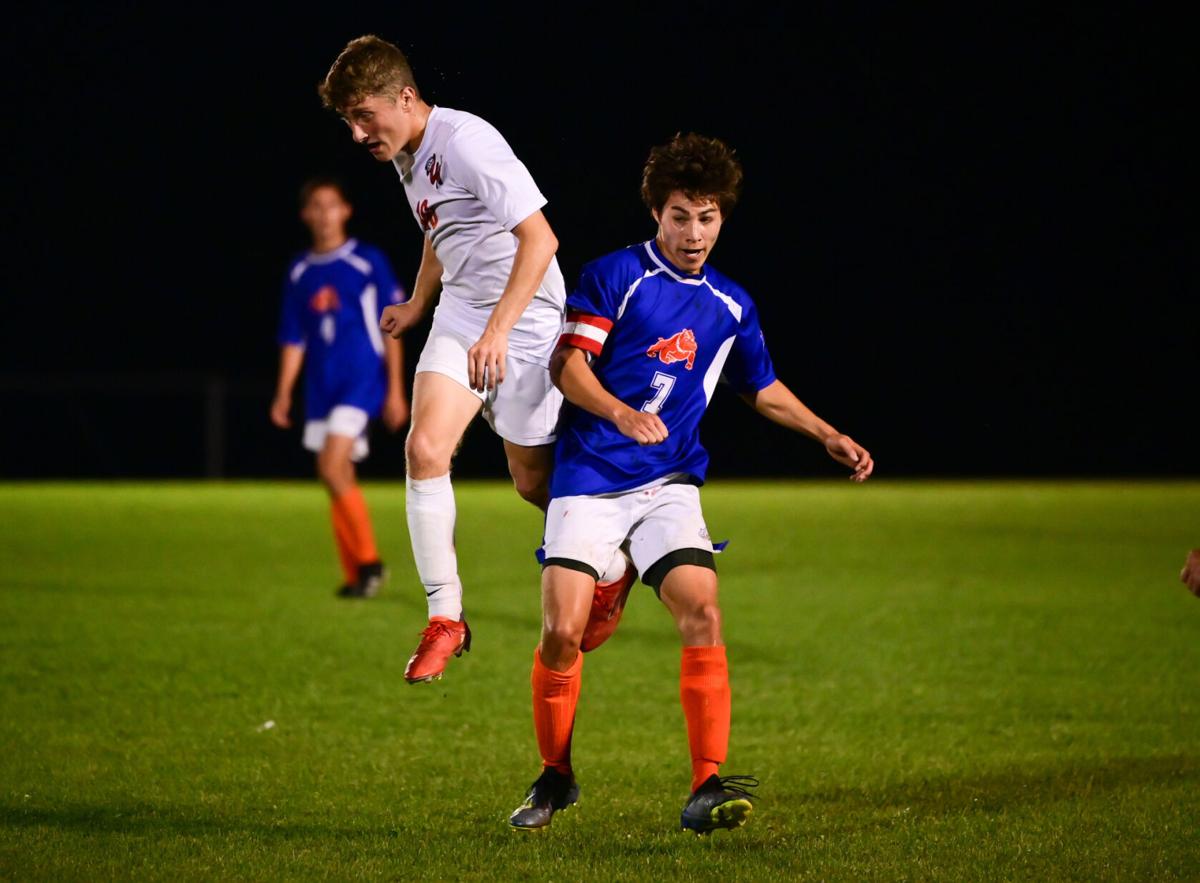 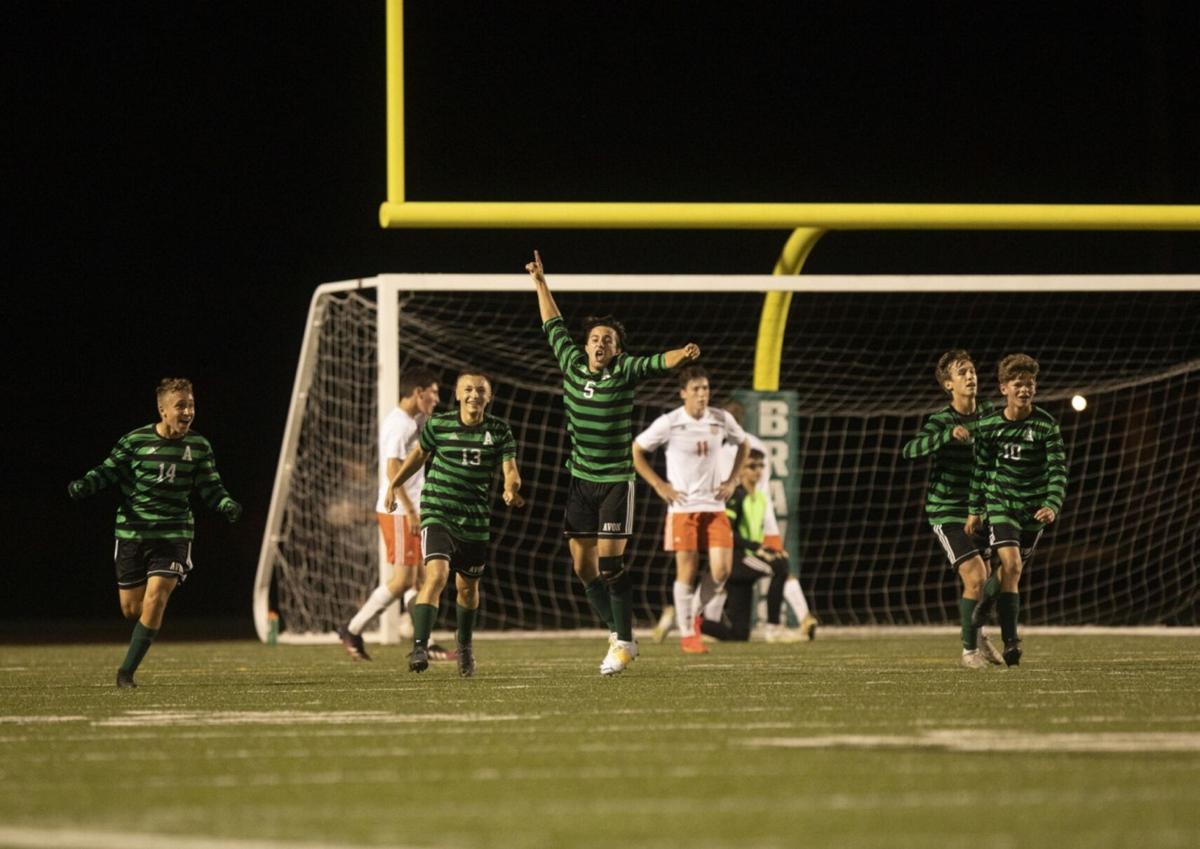 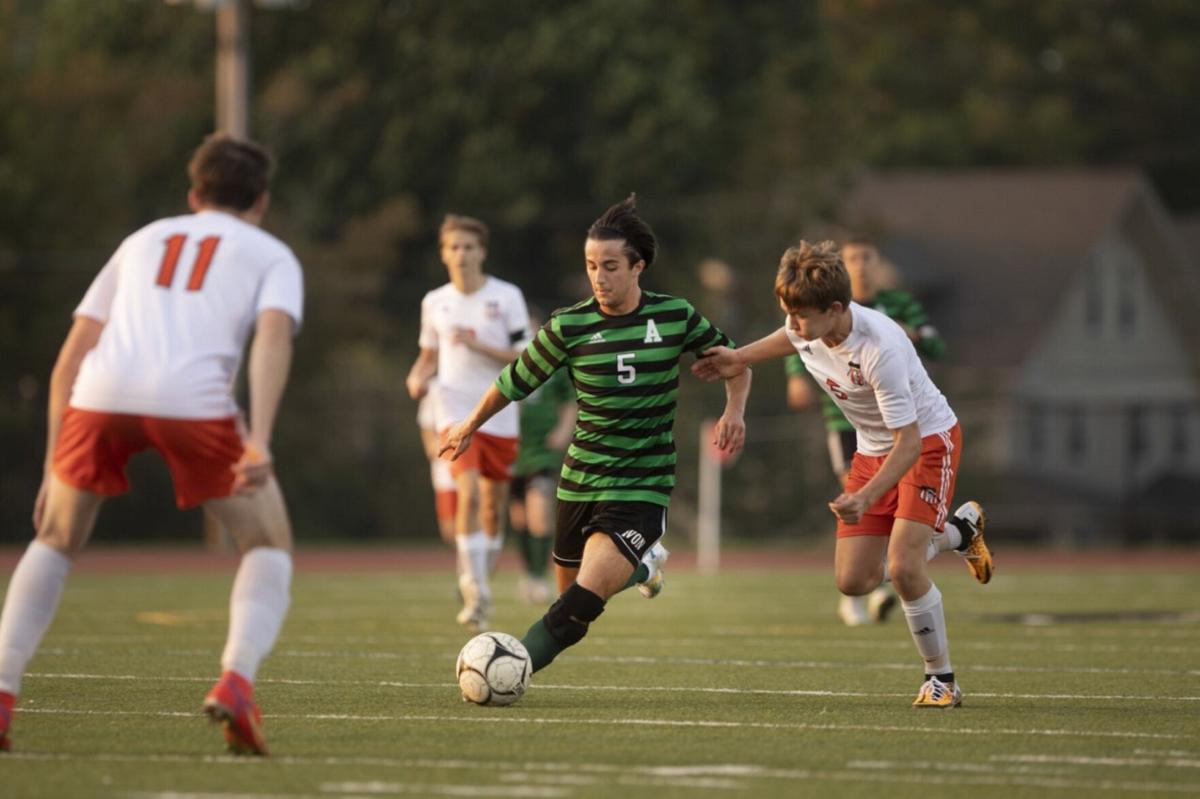 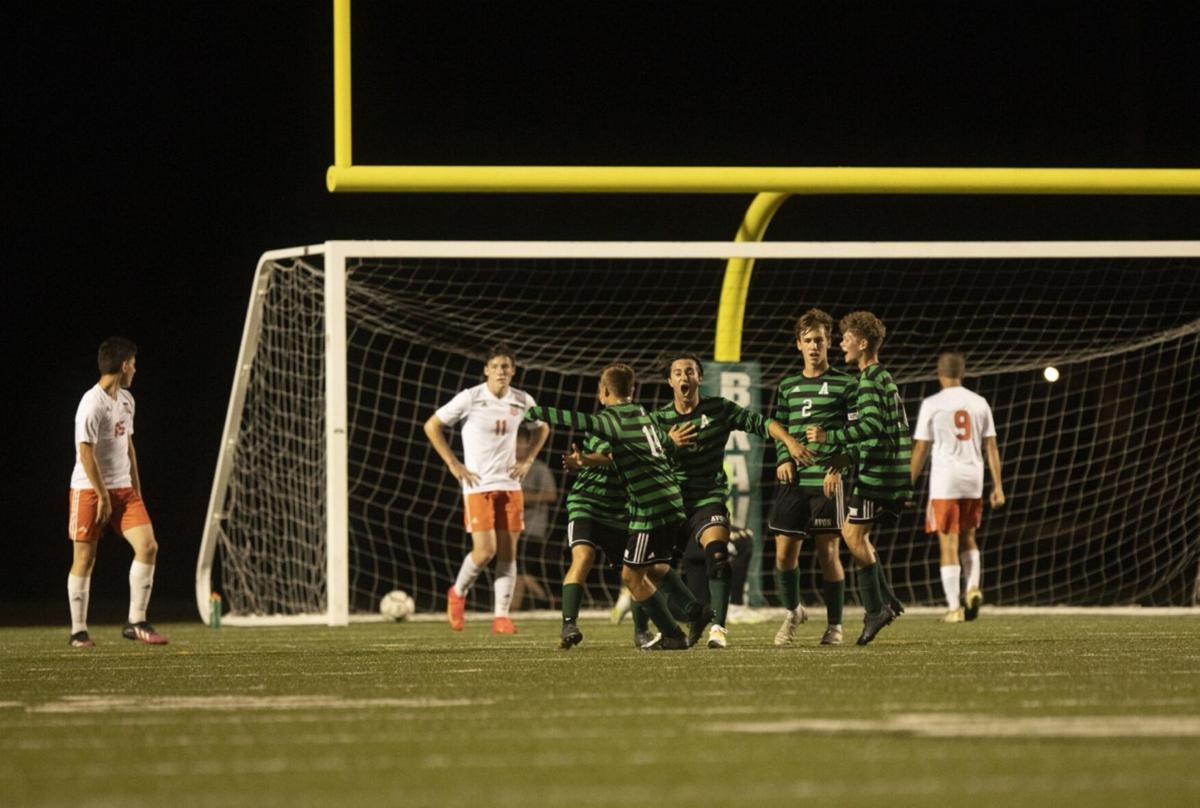 LIVONIA — The Livonia boys soccer team has been a scoring juggernaut through its first three games this season, lighting up the scoreboard for 25 goals, and a perfect 3-0 start for the defending sectional champions.

But LetSaw had other plans.

Nik Eustace scored in the first half while Kissler Tumangob netted the eventual game winner after the intermission as the United picked up the huge 2-1 road victory over Livonia Tuesday night.

LetSaw improved to 1-1-1 while Livonia suffered their first loss of the season and fell to 3-1-0.

Livonia’s “Man of the Match” was defender Nick Sheldon.

“I am proud my entire team,” LetSaw head coach Tim Eustace said. “Every kid left his mark on this game. The seniors set the tone early and kept pressure on Livonia all night. I am proud of our effort and energy level tonight. Livonia is an excellent team and very well coached. They did a great job in the attack but could not solve our keeper Patrick Grover. It was a nice game to create confidence and prepare for the rest of the season against a very good Livingston county soccer league.”

Sophomore Gavin Waide scored the game’s only goal off an assist from classmate Austin Lattuca with about 12 minutes left in the second half as host Avon handed Keshequa its first LCAA loss in a few years Tuesday night.

It was Waide’s first ever varsity goal and Lattuca’s first varsity assist.

Avon keeper Ethan Campbell made 11 saves for the shutout.

“Center back Evan Masten served as the glue of our defense throughout the night,” Avon head coach Anthony Patti said. “Their keeper Tyler Mallaber played very well while midfielder Reese Powers was very dangerous throughout the game.”

Ethan Bennett dished out two assists for the Blue Devils while Sebri Fantauzzo had one.

AJ Agosto earned the shutout in goal with three saves for the Blue Devils (2-1).

Ben Bacon scored a career high four goals, including a first half hat trick, as the Blue Devils stayed unbeaten at 4-0 with the non league win.

Payton Bownds scored M-M’s other goal and also assisted on another.

Kyan Tiede netted the hat trick as he led P/Y to the victory over Cal-Mum.

Winning keeper Tim Lonnen made eight saves many in the second half as Caledonia mounted a furious comeback.

Simon Lamparelli scored 12 minutes into the game while Joshua Borycki netted the game winner with under a minute left as Attica nipped B-B/Elba in GR action Tuesday.

Noah Wheeler and Evan Dickhut had assists for the Blue Devils who improved to 3-0-0 with the road victory.

“Attica had a solid night on defense despite several key injuries,” Attica coach John Dickhut said. “I was so proud of my guys tonight. Several of them had to go into new positions during the game due to injuries. It was a hard fought win, and they showed a lot of character tonight.”

Catirna Pierce scored the hat trick for the Indians off assists from Ava Thayer, Julia Wilkins and Emma Jo Pierce during their victory over Pavilion.

Thayer scored the game’s other goal as she blasted a ball from the 18 off a feed from Abby Lendowski .

Keeper Aurora Sabins recorded seven saves for her third shutout of the season.

Host Pavilion has been making quick work out of everyone this fall.

The Lady Mustangs improved to 4-0 on the season with the home win Tuesday.

Unbeaten Le Roy (3-0) picked up the victory Tuesday handing Letchworth their first loss of the season.

LeRoy travels to Pavilion on Saturday for a battle of the unbeaten’s.

The Raiders (2-2) were led by Reba Kessler with nine kills and Fiona Maruska with 14 assists and two aces.