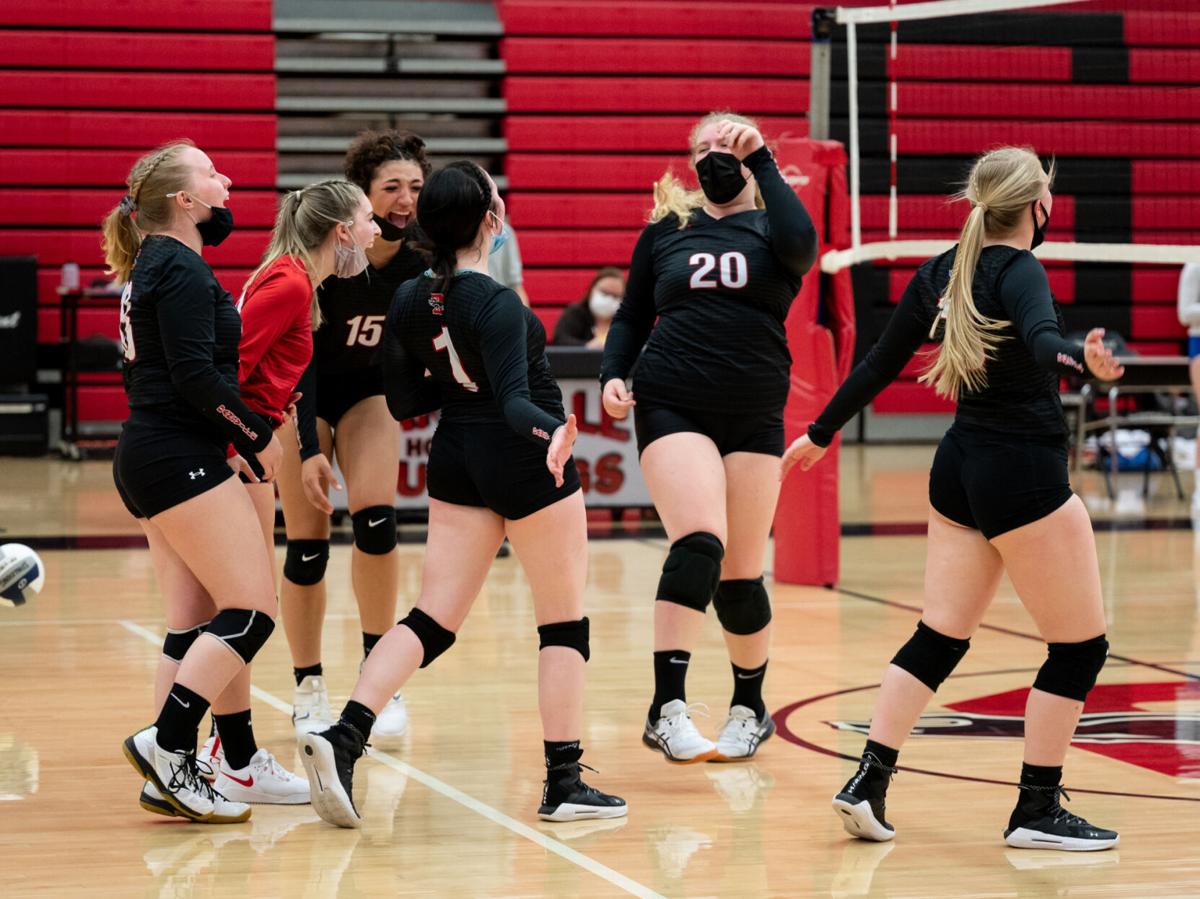 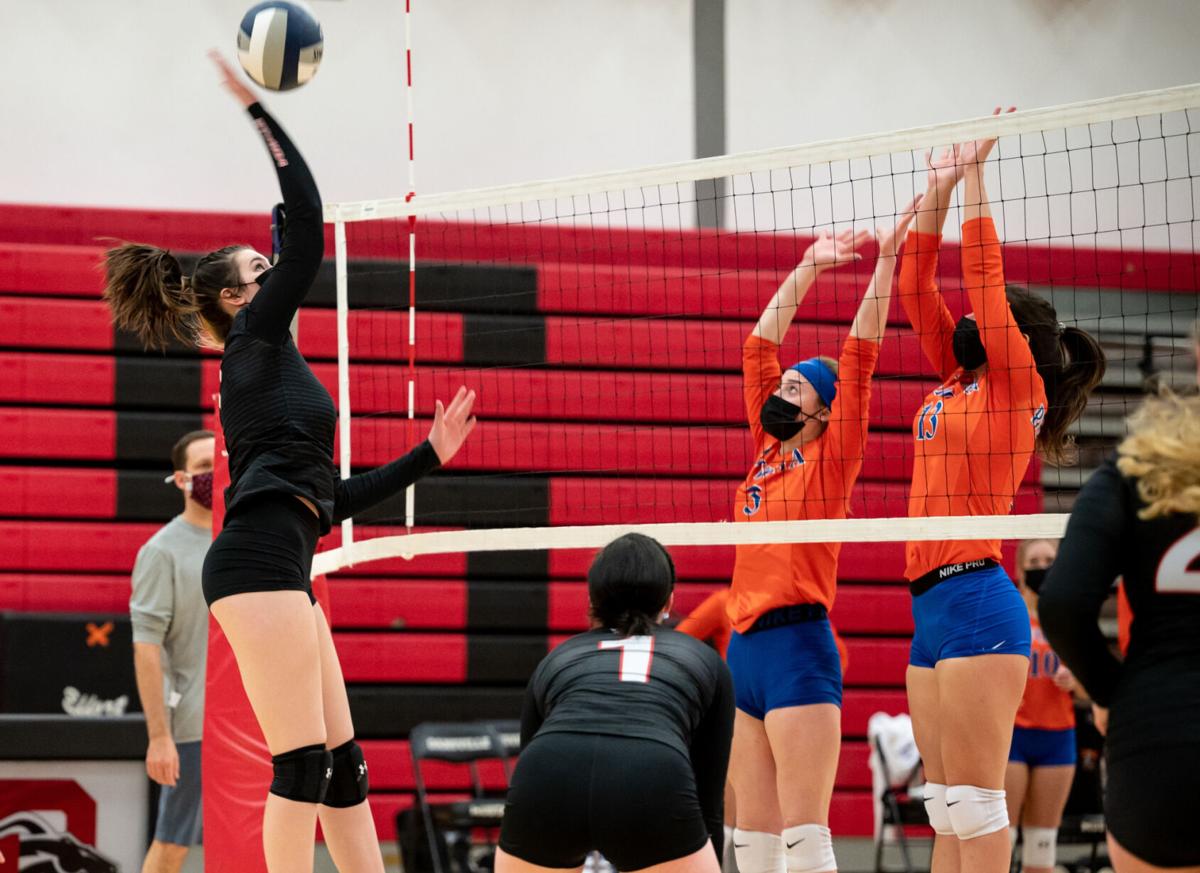 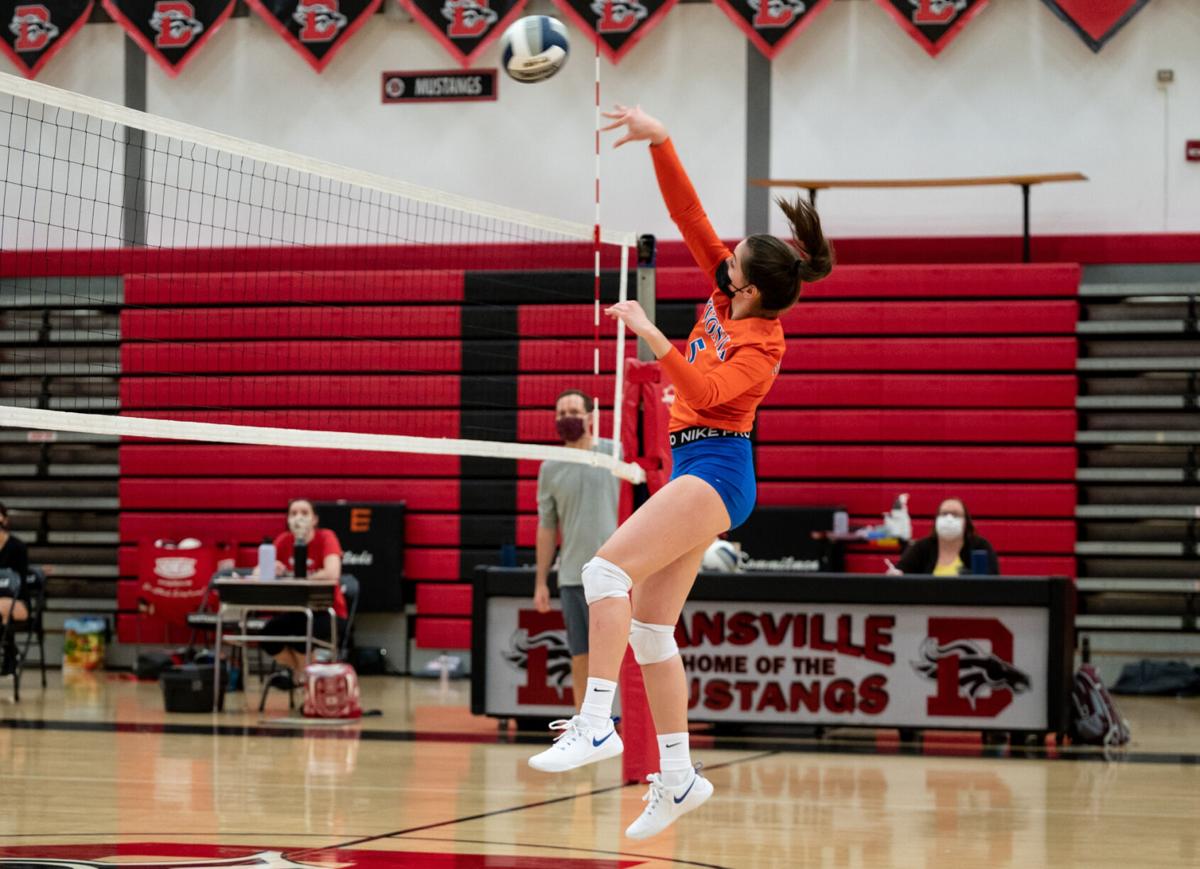 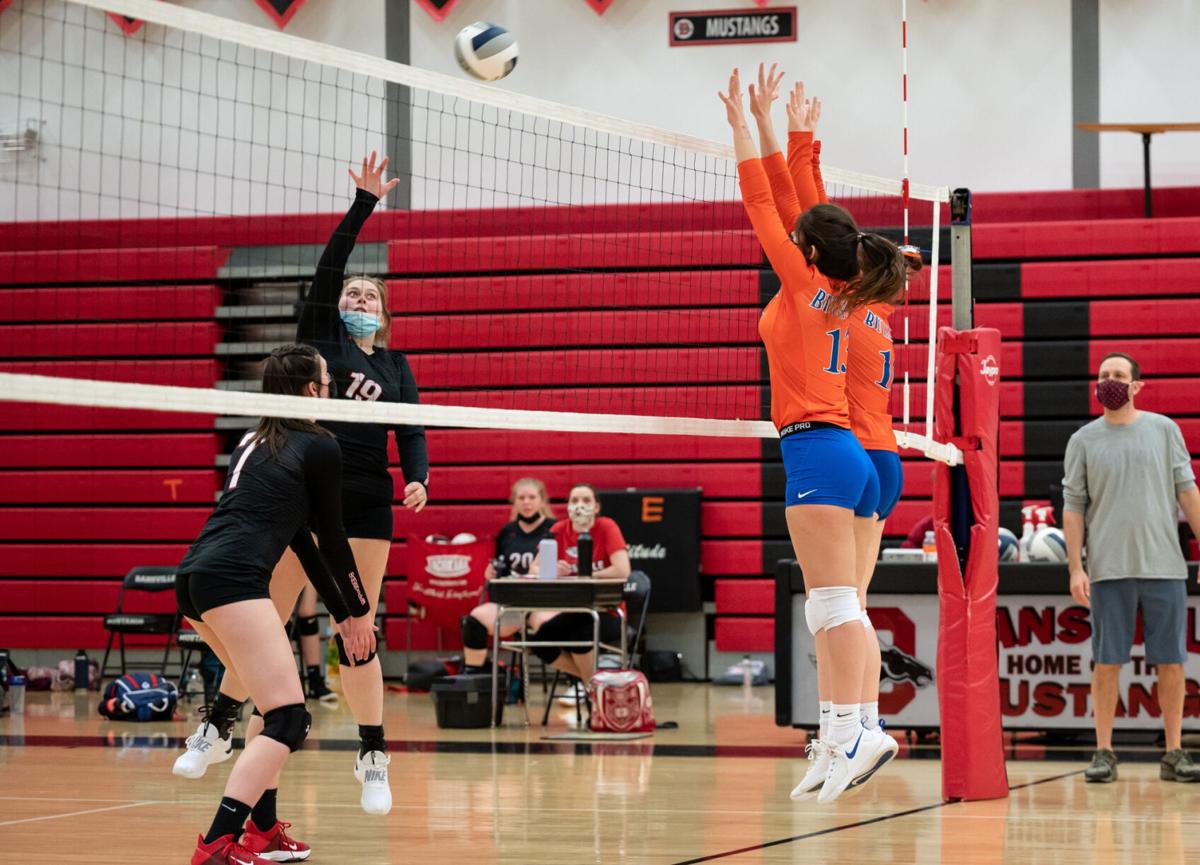 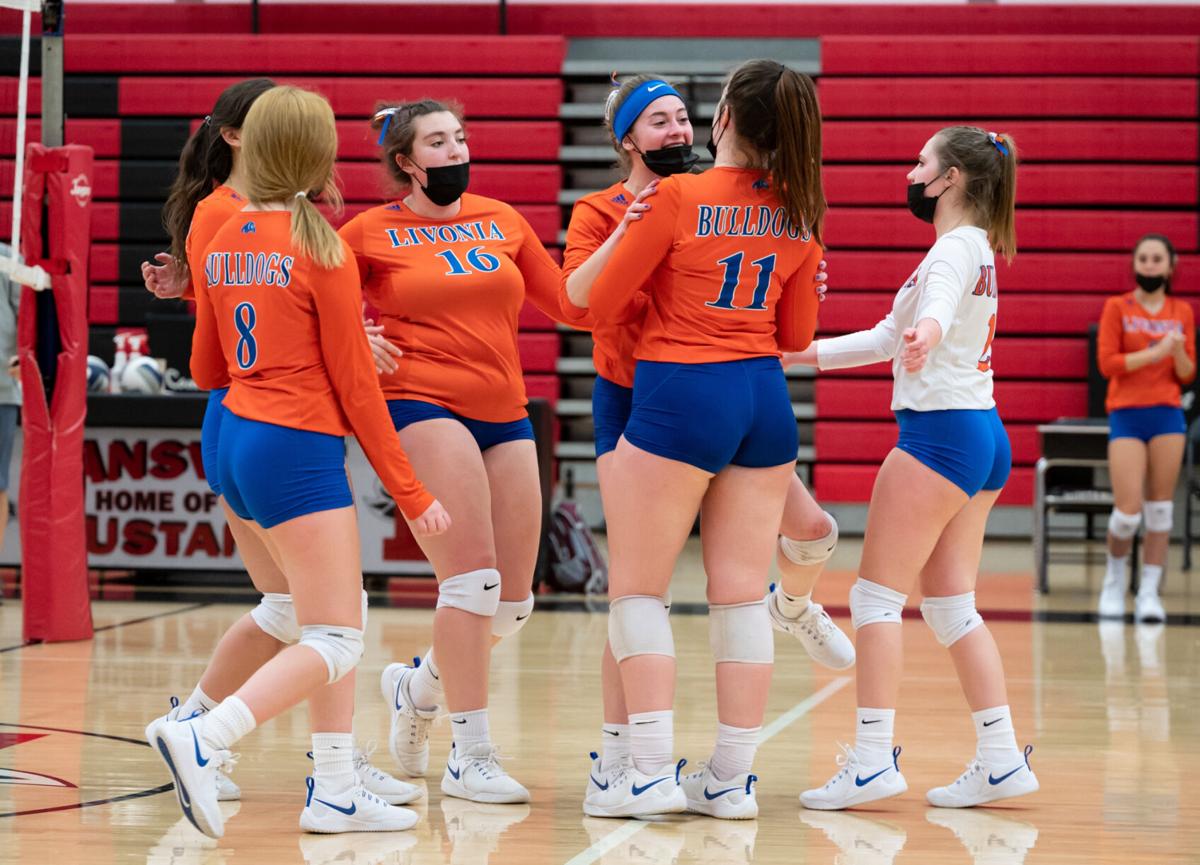 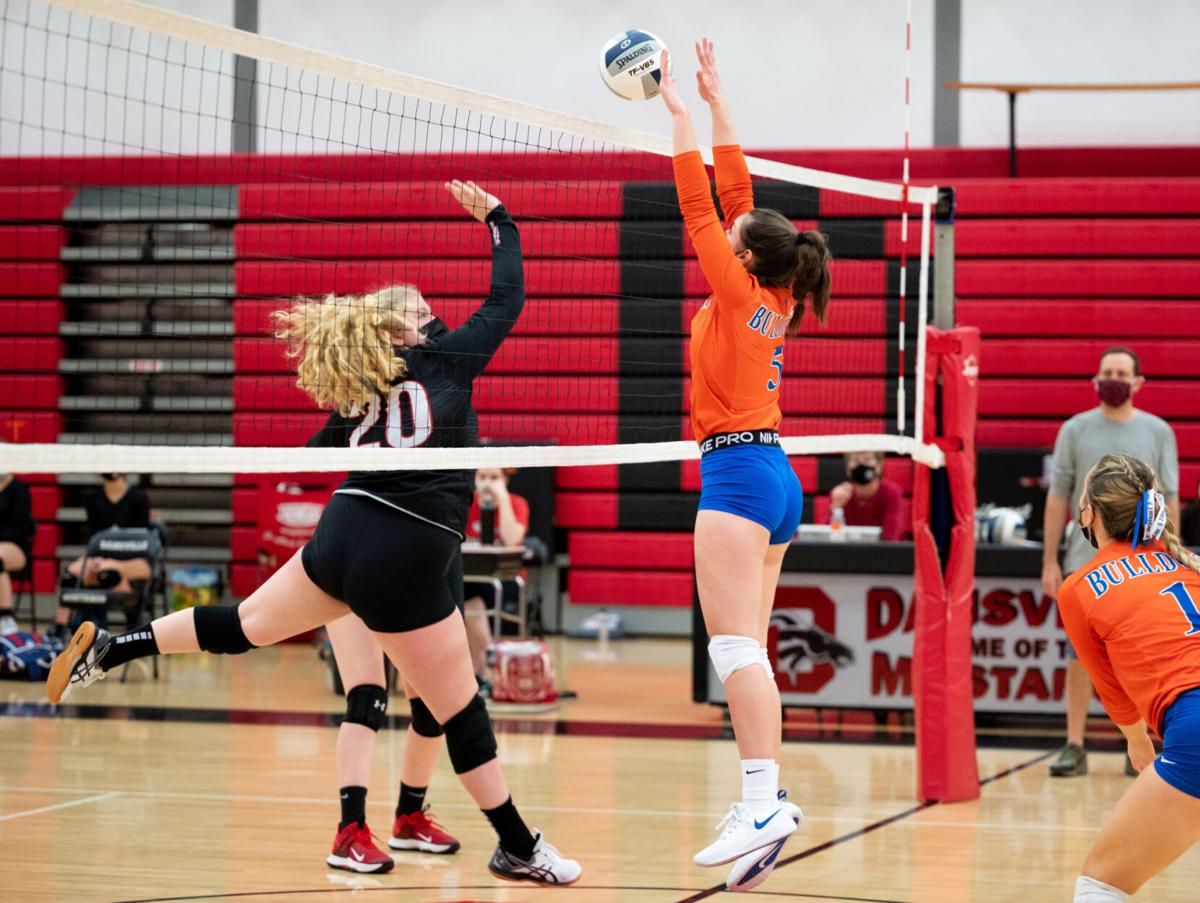 DANSVILLE — Host Dansville avenged an earlier season loss to Livonia as the Lady Mustangs dominated the first two sets Thursday before finishing the Lady Bulldogs off in the fourth set in LCAA D-I action.

Taylor Mann had a standout game serving for 14 points with one ace, 16 digs and four assists while teammate Tessa Gregorius served for eight points with two aces, 18 digs and 15 assists as host Dansville earned the four-set victory over Livonia Thursday.

Livonia would rally for the 29-27 victory in game three before Dansville put the game on ice with the 25-12 victory in the fourth.

For Geneseo, Bianca Willis had 10 digs while Maggie Kennedy had four kills.

Lauren Kingsley also had a monster game with 11 kills, four aces, and two blocks while Shannon Campbell had 27 assists.

“Everything was clicking tonight,” Pavilion coach Rex Eighmey said. “We served tough, played tough defense and transitioned to our offense with Shannon Campbell distributing the ball to all our hitters.”

Visiting Avon picked up the victory as seniors Essie Levendusky, Ava Hubbard and Ella Vanderbilt led the way as the undefeated Braves improved to 5-0 with the four-set victory.

Levendusky led the way with 33 assists while Hubbard added a double-double of 12 digs and 11 kills. Vanderbilt also came up huge with 14 digs, 11 kills, two digs and two blocks.

For Warsaw, Miyah Annis Jones had 15 assists and two aces, while Deanna Johnson-Meyers chipped in with six kills and two blocks for the Tigers (3-3).

Way-Co was led by Hannah Fairbrother who had eight kills, three aces and two digs.

Madison Shonitsky had 10 digs to go with eight kills and seven assists while teammate Lauren Pilon had nine digs with six kills and two aces as host Kendall earned the three-set sweep over Pembroke Thursday night in Genesee Region action.

Karlee Robb also helped the cause as she contributed four kills, four aces, and two digs.

Lexi Vurraro had 14 assists to go with four kills, four aces and three digs while Julia Pangrazio had six kills, four digs and three aces as Byron-Bergen improved to 7-1 on the season with the four-set victory.

Alyssa Kramer chipped in with eight aces for Alexander.