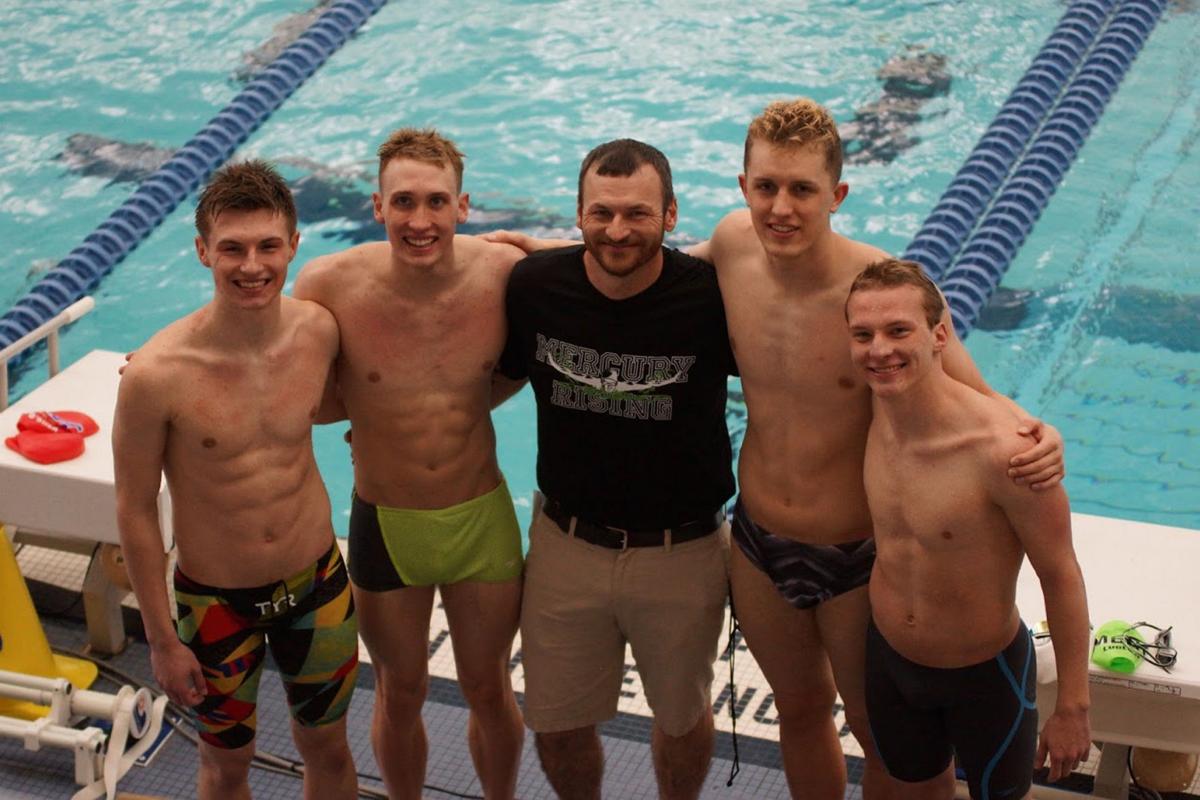 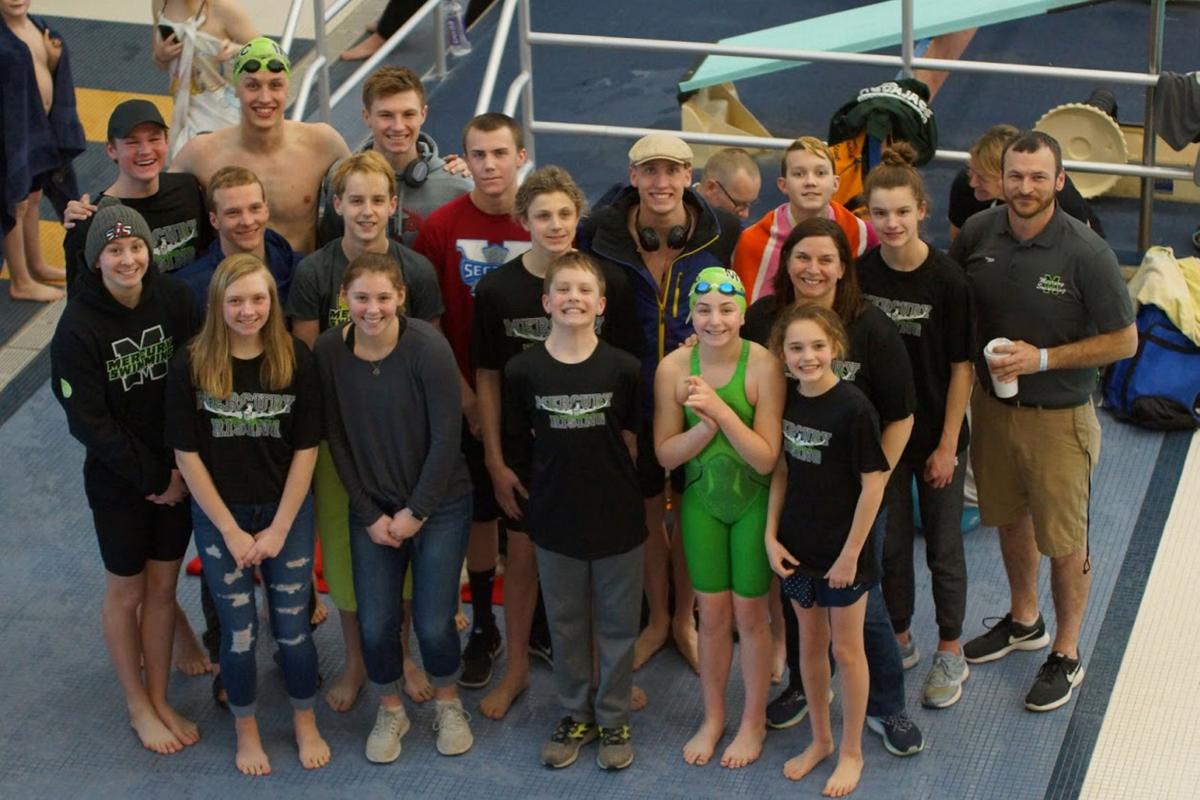 Provided Mercury swimmers had an outstanding showing at the 2019 Niagara Championships in Ithaca, coming away with a program-record 26 gold medals. 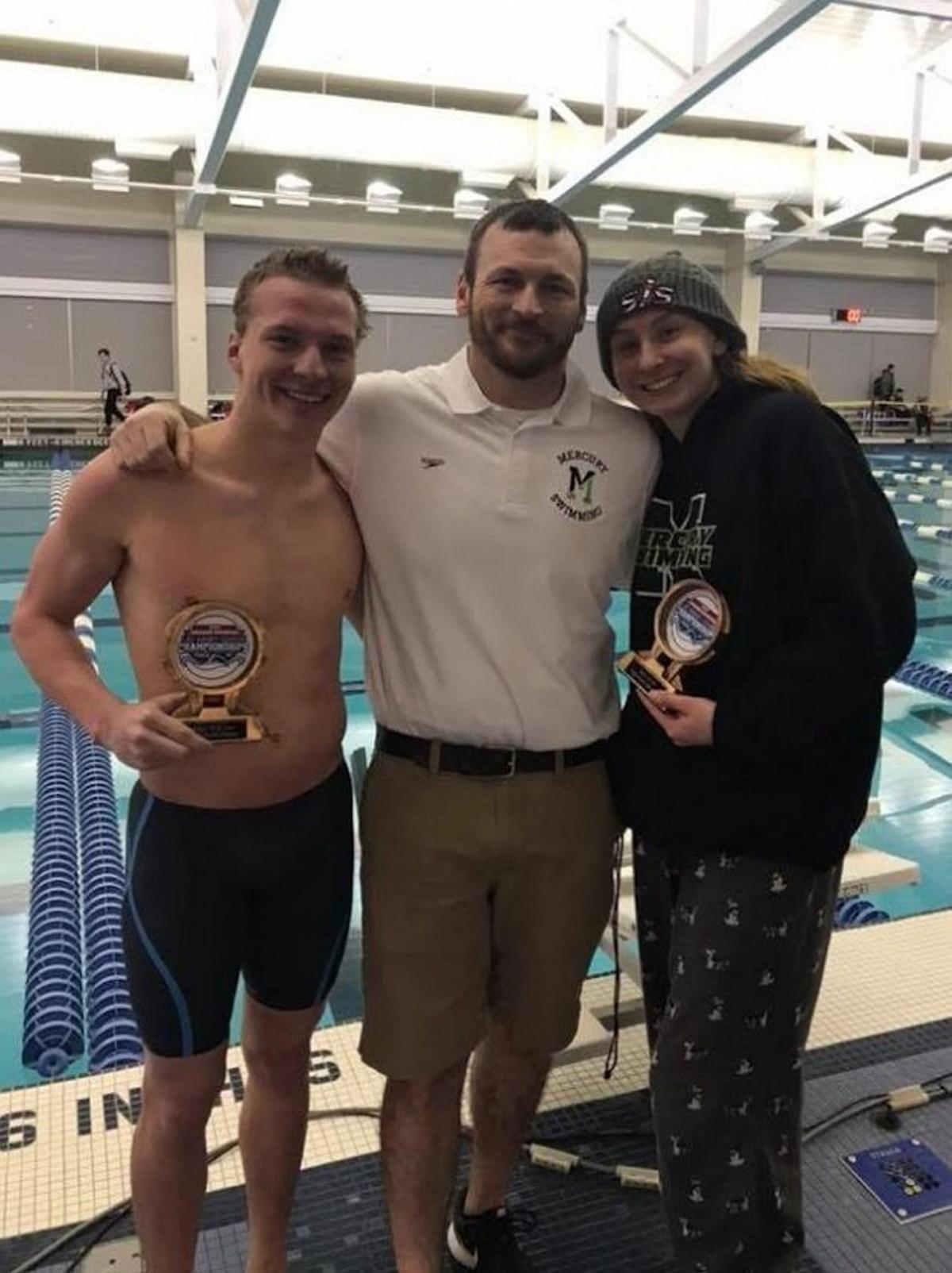 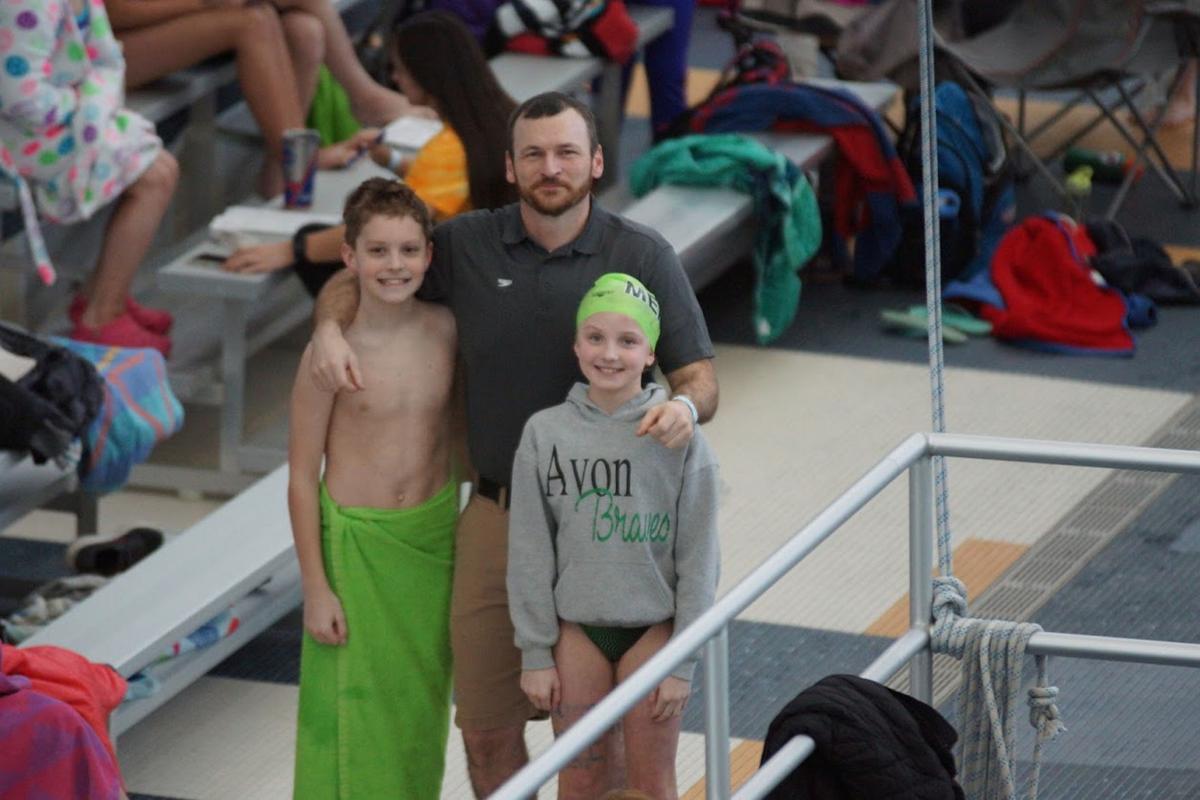 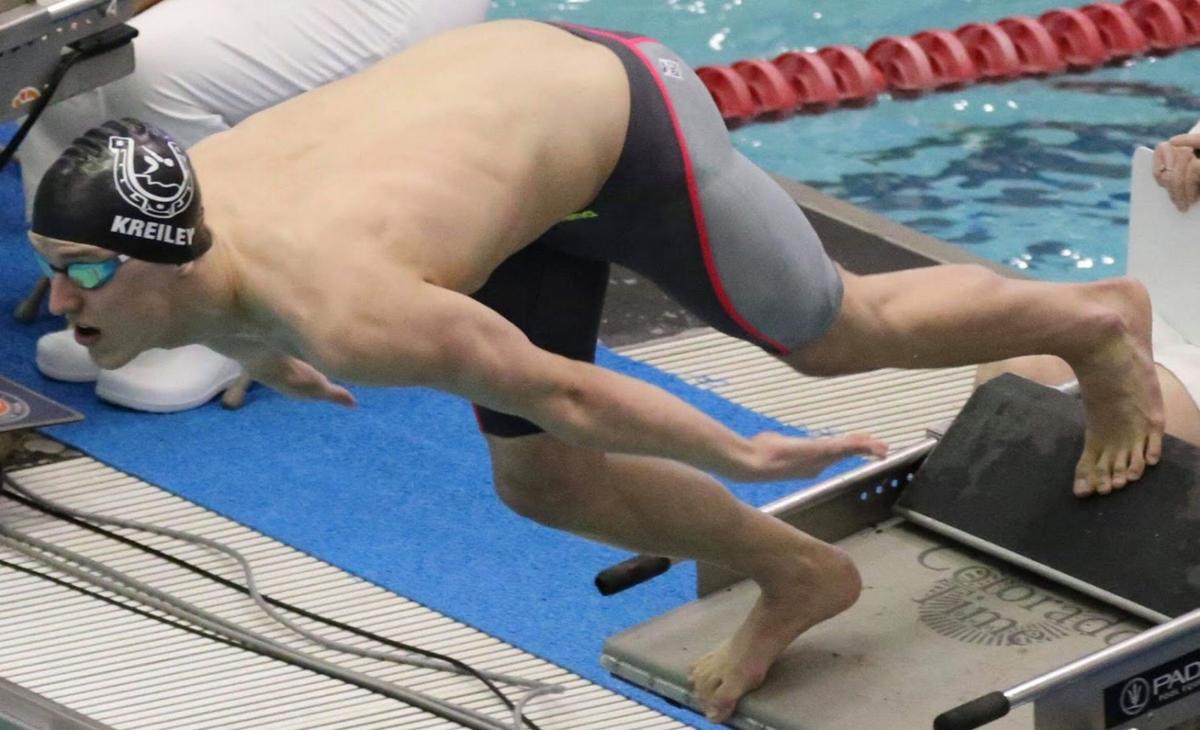 Provided Dansville junior Aidan Kreiley, fresh off his second place finish in the 100 Breastroke at the NYS Championships, was recently named AGR Swimmer of the Year.

Provided Mercury swimmers had an outstanding showing at the 2019 Niagara Championships in Ithaca, coming away with a program-record 26 gold medals.

Provided Dansville junior Aidan Kreiley, fresh off his second place finish in the 100 Breastroke at the NYS Championships, was recently named AGR Swimmer of the Year.

ITHACA — There was a Mercury gold rush in Ithaca March 8-10.

That’s when 20 Mercury swimmers — led by coaches Chris Everett and Ann Marie Crye — took to the pool at Ithaca College for the 2019 Niagara Championships.

As a team, Mercury placed 12th overall out of nearly 60 clubs and finished second in the small club division with 1,307 points — which was a nice improvement from last year’s 792.5 points.

The meet got off to a bang for Merc with the 400 Medley Relay team of Ben Ludlow (Geneseo), Aidan Kreiley (Dansville), Sam Matthews (Perry) and Caine Taft (Campbell-Savona).

Kreiley, fresh off his recent second place finish in the 100 Breaststroke at the NYS Championships in Long Island, helped the foursome win the 400 Medley Relay with all four swimmers eyeing a Winter Juniors Championship cut time. Not only did they win the event, they destroyed the competition by over eight seconds with a time of 3:25.00 which was good enough to secure a trip to Winter Junior Championships this December.

The four boys weren’t done yet.

Crye also had outstanding performances in the 100 Butterfly and 100 Freestyle finishing second in both as well as taking third in the 50 Free.

Crye swam in a few more events where she finished inside the top 10 or top 20. At the end of the meet Crye was awarded the ‘High Points’ award for 13 & 14 girls.

Ludlow, a home schooler, also finished well in the 100 Backstroke taking second place and also placing third in the 200 IM and 400 IM.

Ludlow also placed well in other events swimming to new personal best times. He joined his teammate in the ‘High Points’ area winning the award for 15 & over boys.

Aidan Kreiley, who was recently named AGR Swimmer of the Year after earning the top place finisher ever from the LCAA at the state meet, was the third Mercury Swimmer to have a standout weekend also bringing home three individual championships. Kreiley continued his dominance in the breaststroke walking away from the competition in the 100 Breast with a time of 55.78 seconds and doing the same in the 200 Breast with a time of 2:03.01. Aidan also brought home first place honors in the 100 IM and had outstanding performances in the 500 Free finishing second (4:40.73) and placing third in the 200 Free.

Kreiley also finished inside the top 10 or 20 in his other events. If Kreiley had been a member of the Ithaca College swim team he would have broken the school record in the 100 Breast.

In the 10 and Under age group, Mercury Swimming had a couple of huge performances from two of its smallest competitors.

In the 10 and Under age group the top-10 finishers medal and stand on the podium.

Maria Geary had a goal to get on the podium at least once. She swam in seven events and stood on the podium all seven times. Geary’s best finish was fourth place in the 100 Breast with a time of 1:31.72. Geary also came in fifth in the 200 IM improving her time to 2:55.17 as she dropped time in all but one event.

Other top Merc swimmers in the boys 15 and Over competition were Sam Matthews, Caine Taft and Phil Morgan.

Morgan is a solid team player and always brings his all for the team. Phil’s top finish came in the 100 Backstroke with a time of 55.26 seconds that brought him in 14th place. Morgan also had a few more individual events as well as some relays that finished inside the top 20.

Sam also finished inside the 10 in a few of his other events.

Caine Taft’s top individual performance came in the 50 Free where he finished sixth with a 21.98. Taft swam a few other events placing inside the top 20. Matthews and Taft were a huge part of the four relay championships. Their performances were key in those victories.

In the 13 and 14 boys division, Dylan Magda and Zack Kreiley put forth solid swims contributing to the clubs success.

Like the rest of the team, Dylan also placed inside the top 20 in the rest of his events scoring those precious points. Zack, the middle of the three Kreiley brothers, had a quiet but very solid weekend. He was a constant force in the ‘B’ finals all weekend quietly racking up points. Kreiley’s top finish was an 11th place consolation heat win in the 200 Breast (2:28.18). In almost every event that Zack swam in he dropped large chunks of time swimming to new personal best records.

In the girls 11 and 12 age group, Jessie Crye had a solid weekend as she made it back to finals in six of her seven events — with her best performance coming in the 50 Free finishing ninth (27.88). Crye also swam in a couple of relays to help her club score more points. Jessie also came home with new personal best records in most of her events.

A number of other Merc swimmers also competed at the Niagara meet.

They may not have made it to any of the finals but they were just as much a part of Merc’s success as the rest of the team…. If they weren’t swimming they were at the end of the pool cheering as loud as they could for their teammates. Katie Austin, Kaitlyn Geary, Isabel Granger, Catherine Staley, Catrice Taft, Joel Vanskiver, Mason Wolcott, Aidan Ferguson and Greg Young.

Mercury Swimming is a USA Swim Club dedicated to building excellent swimmers in a supportive and encouraging environment. Merc begins with the youngest children in their Learn to Swim program, progresses to the Developmental program, and onto the Competitive group.

For more information about the club please visit www.mercuryswimming.com.