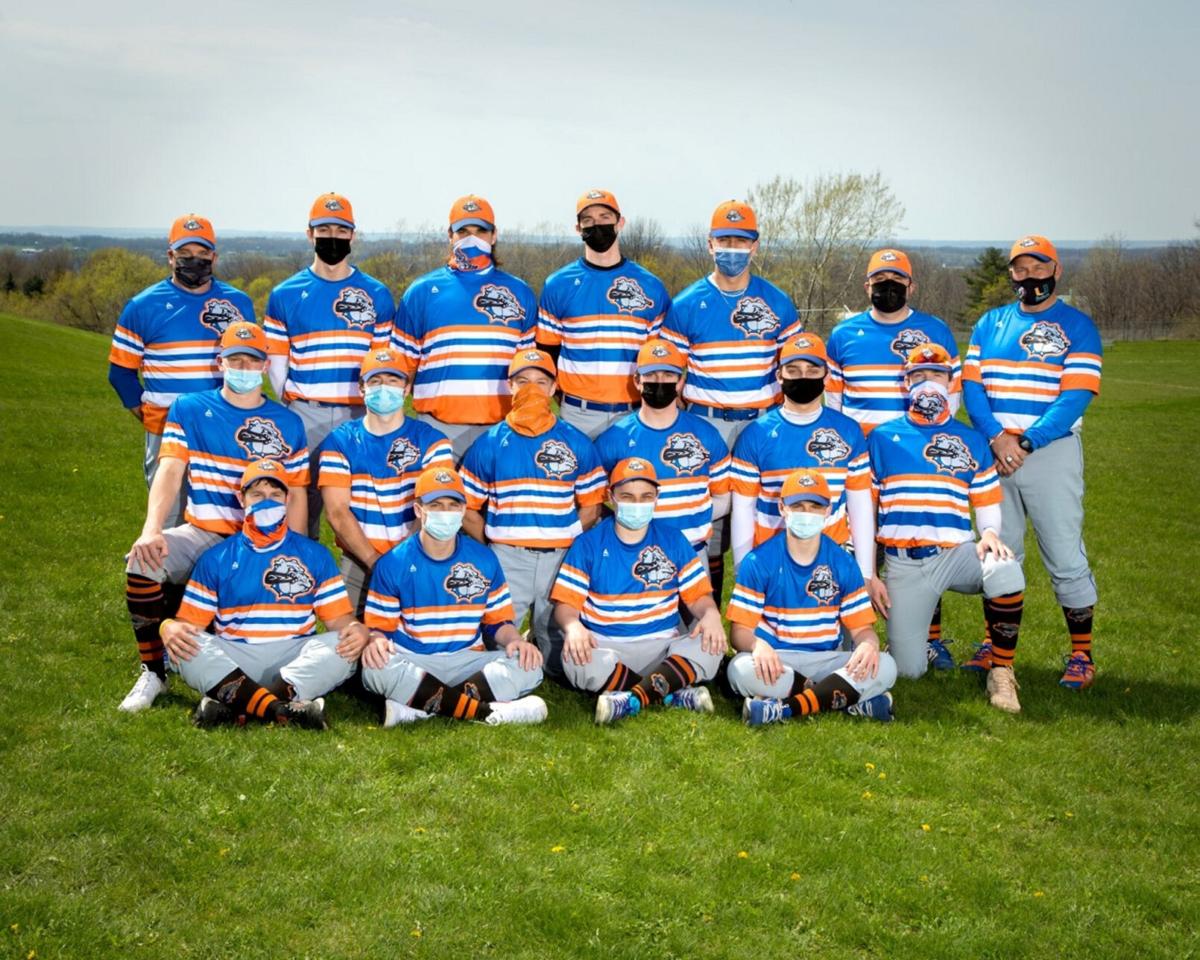 Provided The Livonia baseball program won four straight sectional titles from 2014-2017. Coach Scott Gilman believe this year’s team can make a run for another one this spring. 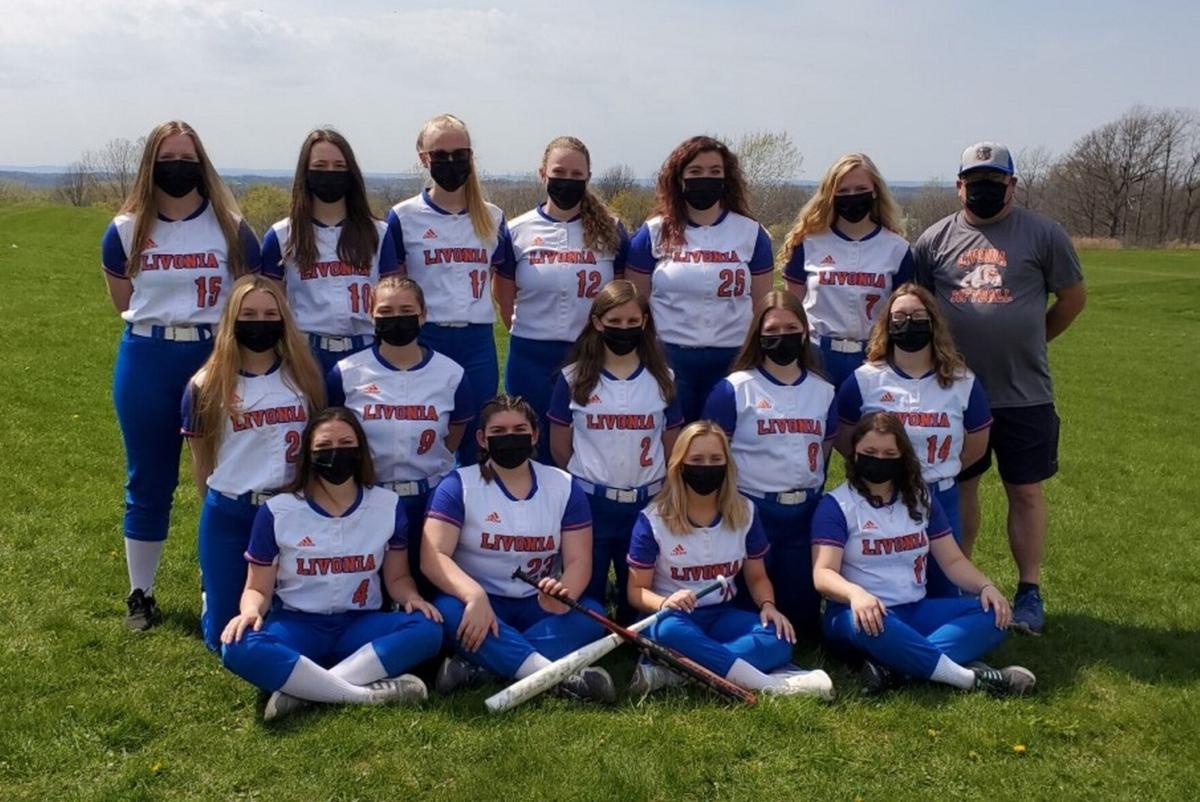 Provided Head coach John O’Keefe wants his softball team to have some fun this season and play every game like it’s their last.

Provided The Livonia baseball program won four straight sectional titles from 2014-2017. Coach Scott Gilman believe this year’s team can make a run for another one this spring.

Provided Head coach John O’Keefe wants his softball team to have some fun this season and play every game like it’s their last.

LIVONIA — Fresh off their sectional football title, seniors Alex Minnehan, Jake Smith and Troy Galbraith are excited to get some baseball underway as Livonia enters the 2021 season rejuvenated and with high expectations this spring on the diamond.

The loss of senior Shawn Minnehan is going to hurt however says manager Scott Gilman, who enters his 25th season with the Bulldogs and has garnered 339 victories and a NYS title (2017) during his highly successful tenure.

Shawn Minnehan had knee surgery recently and is expected to miss the entire spring season.

“With the loss of Shawn to a season ending injury will be a major blow to us,” Gilman said. “He was our leadoff hitter and shortstop, and one of our top pitchers. A major loss.”

Heading into last season, Livonia was the odds-on favorite to make another deep run into the post-eason — and beyond sectionals but the pandemic put an unfortunate halt to that.

Alex Minnehan (P/CF), Smith (P/SS/C), and Galbraith (OF), along with seniors Robbie Stewart (LF/P) and Jack Donnelly (2B) are experienced veterans but missing all of last season due to covid has put this program, who won four straight sectional titles from 2014 through 2017 on a pause they aren’t used to.

“A core of seniors who were brought up during their sophomore year, so they could be knocking on the door when they became seniors, is our expectation still this season,” Gilman said. “A lot of experience there and they played a lot of baseball during the summer and fall league. They will be the leaders on the field as they are very good players.”

Smith was scheduled to catch this season but the loss of Shawn Minnehan has put him at shortstop for now.

Minnehan has started on varsity since he was an eighth-grader when he delivered one of the biggest hits in Bulldogs’ history with a game-tying, two-out, two-run single in the bottom of the seventh in Livonia’s 9-8 victory in the NYS finals. Gilman will be counting heavily once again on Minnehan, who is expected to continue his college baseball career next fall at NCCC in Buffalo.

“We will need to lean on a couple of sophomores to pick up the slack left by Shawn Minnehan.

Sophomores Jack Kearney (P/OF/3B) and Connor Benitez (P/IF) are two of those Gilman will need to pitch.

“I like them both, if they can get consistent on the mound it will be an added bonus,” Gilman said. “TIme will tell. Jake Smith will also have to provide some innings along with the Stewart boys.”

Newcomer Luke Stewart, a Stewart, will join his brother Robby, a swimming champ in the winter, on the bump.

Sophomore Alex Benitez is expected to catch for the Bulldogs.

The wildcard will be the Benitez twins says Gilman.

“They can play, very good players,” Gilman says, who expects defense to be a strong suit for this season’s Bulldogs. “These kids can also hit the ball extremely well and since they’ve been tenth graders, you can see the growth and strength they have now. Our outfield will be a very strong point as all three return. Robbie Stewart and Troy Galbraith fly under the radar because of Alex’s presence, but these two are very good.”

Livonia is expected open their season Monday at Wayland-Cohocton.

The Bulldogs will need to get going early if they want to put themselves in the mix for any post-season talk.

The Class B1 bracket will be wide open with the Bulldogs certainly in the conversation.

“We are ready to go as we have been chomping on the bit for a long time,” Gilman said. “I hope none of our coaches or players take that first game for granted. It’s a special group of seniors who love the game. I think they are ready to explode on the baseball field. We can’t wait.”

Head coach John O’Keefe takes over the varsity duties for Karen Schuster this spring and he is very excited about the future of Lady Bulldogs’ softball.

O’Keefe knows the program very well as he has spent the past nine years as the JV coach.

He will be assisted by Ed Eck, Carrie Bruce and Ryan Meys.

O’Keefe says he has some newcomers who are also expected to contribute including senior Abigail Abrey (P/Utility). sophomore Maddie King (INF/OF) and junior Beth Buehler (INF/OF).

With the loss of the entire 2020 spring season, O’Keefe has one goal in mind for his 12 seniors — have fun.

“We have told them all to have fun and play every game like it is your last high school game,” he said. “We are just excited to be able to play softball again! It’s been two years since we have been on the field and we have had a lot of changes in Livonia. The first being, legendary Coach Schuster retiring. Coach Schuster and her leadership will be greatly missed! Secondly, we are rebuilding our program. We have a lot of new girls in our program, and for some, it is their first year playing. While this can be challenging, it is also exciting to see the interest we are getting for softball. Our goal is to get better every day and be as competitive as we can. We want to grow as a team and set the foundation for years to come.”

O’Keefe is happy to be a Bulldog.

“We would like to thank our community and our district for supporting our athletic teams,” he added. “It has been a crazy year, but their support has gone a long way in making sports happen for the kids in Livonia.”

John Lacitignola might fly under the radar, but his tennis teams sure don’t.

Lacitignola enters his 12th season as head coach and has guided the Bulldogs to numerous sectional and LCAA crowns in his tenure.

He has another goal for this spring.

“Another block of wood,” Lacitignola says. “This is going to be a very interesting season. Our top players have been playing football and will have to catch up as the season moves along.”

Lacitignola calls this year’s group, “The hardest working team he has coached.”

Ernie Leal takes over the head coaching duties this spring.

The 2002 Livonia graduate has previously coached at Syracuse University and the University of South Florida.

“We have a great mix of upper class and under class student athletes who have competed with each other every day,” Leal said. “The way they have competed has raised the bar for each member of our program every single day. We want to learn every day, improve every day and give ourselves the opportunity to compete for county and sectional championships. We have a lot of first time varsity athletes due to the pandemic last year. Our freshmen and sophomores are first time varsity competitors.”

After spending the past 10 years assisting, Dave Bongo will take over the head coaching reigns this spring.

He will look to his seniors Brady Bishop, Adam DelGrand, Adam Neyhart and Christian Tewksbury to lead the way.

“We have great potential and a very cohesive group of upper and lower classmen that should make us very competitive,” Brongo said. “We want to get better everyday and compete for a county and sectional championship. And also have fun.”