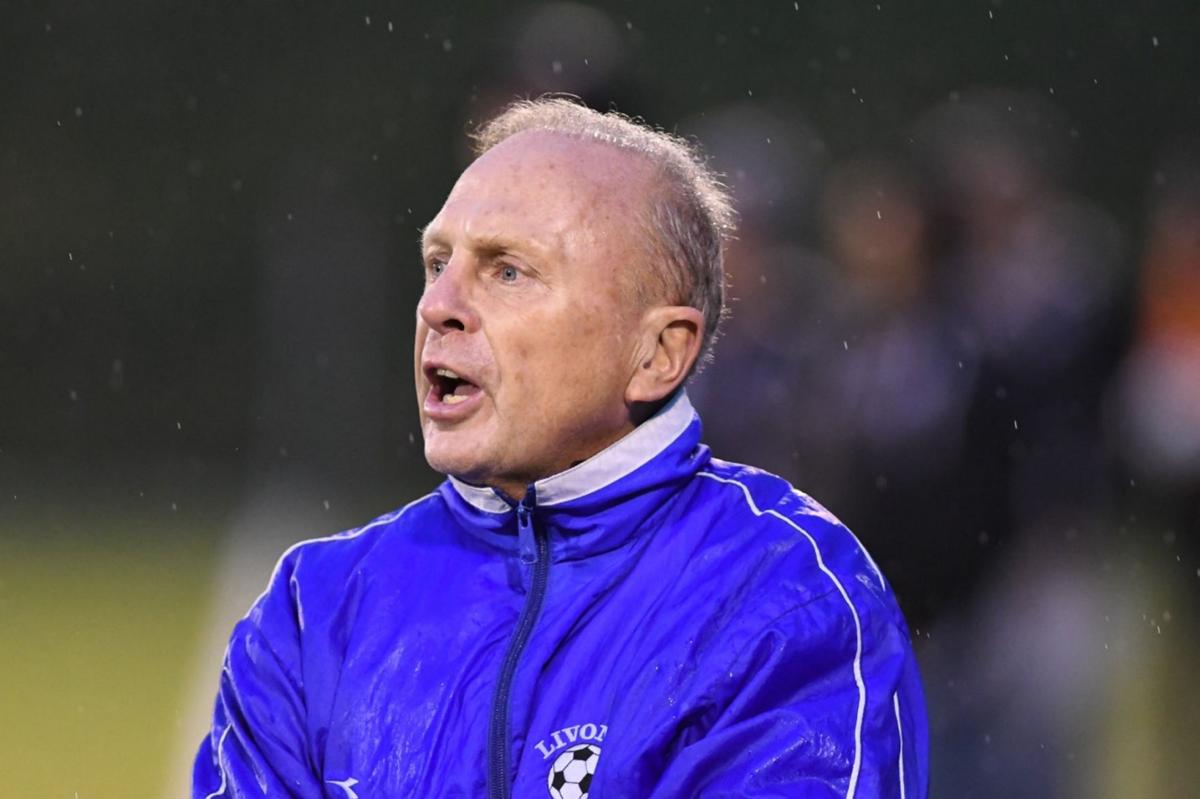 Photo by Doug McFarlandLivonia boys soccer coach Ray Maxwell has captured a sectional title nearly once every two years during his 35-year tenure for the Bulldogs and Geneseo. 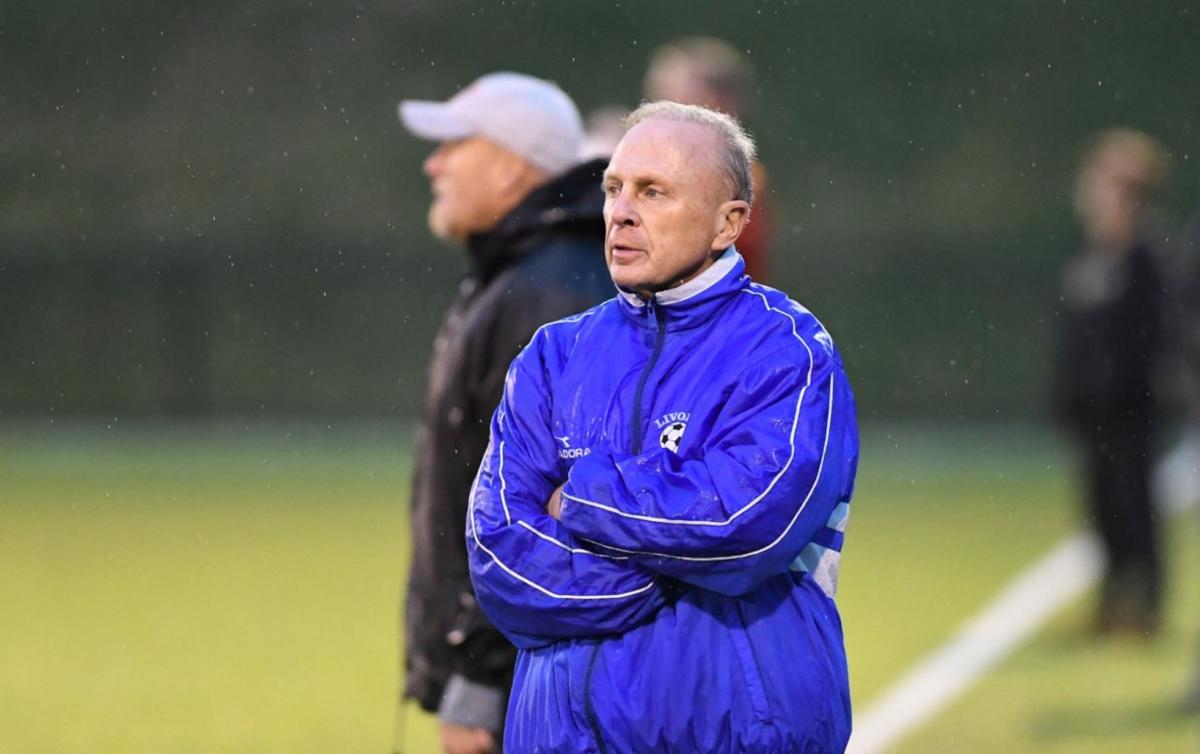 Photo by Doug McFarland Livonia boys soccer coach Ray Maxwell has guided his programs to 491 victories during his 35-year tenure. 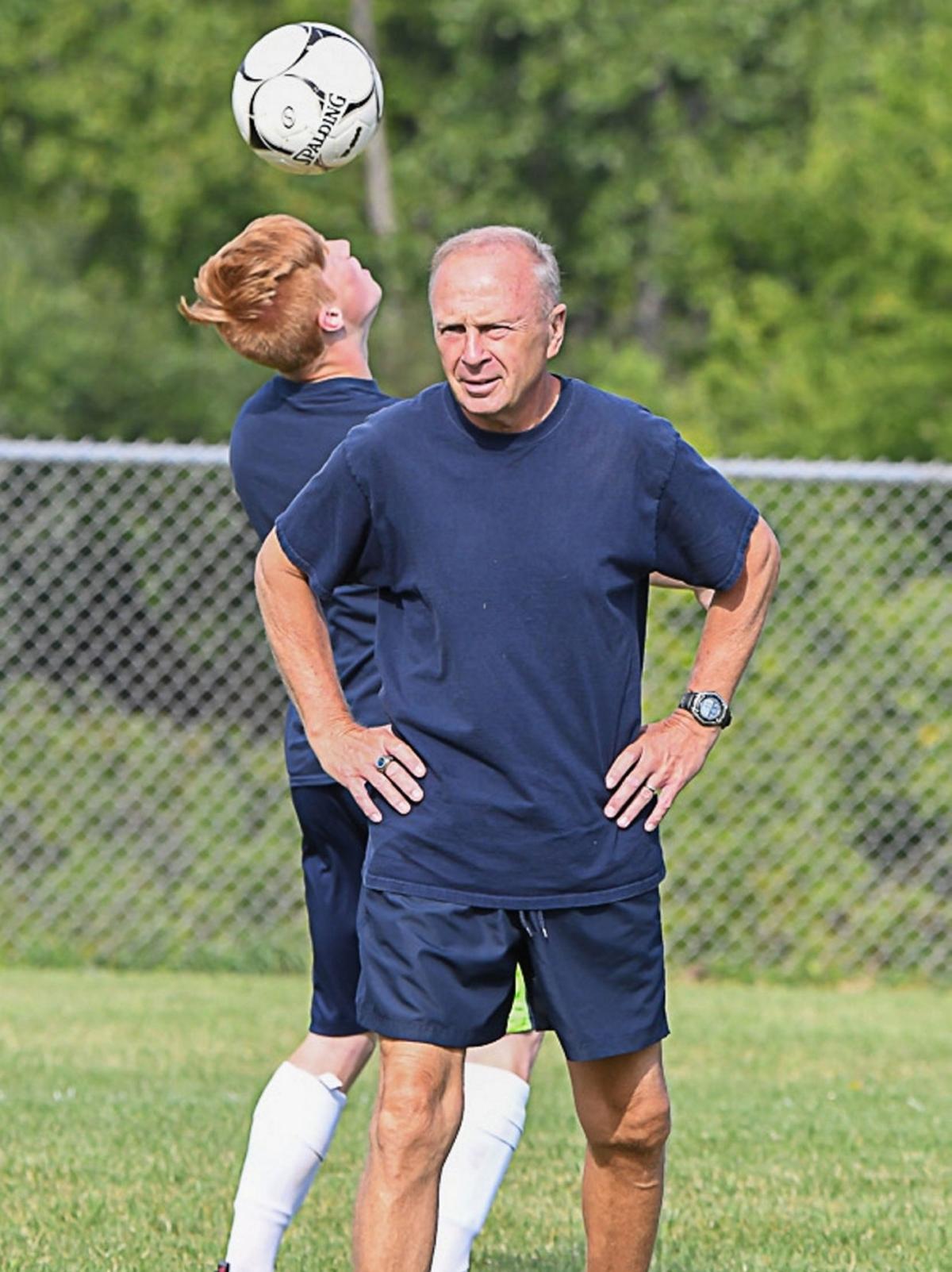 File Photo Livonia boys soccer coach Ray Maxwell never played high school soccer but the Scotland native who moved to Geneseo when he was 12 went on to become an All-American at Geneseo State back in 1981. 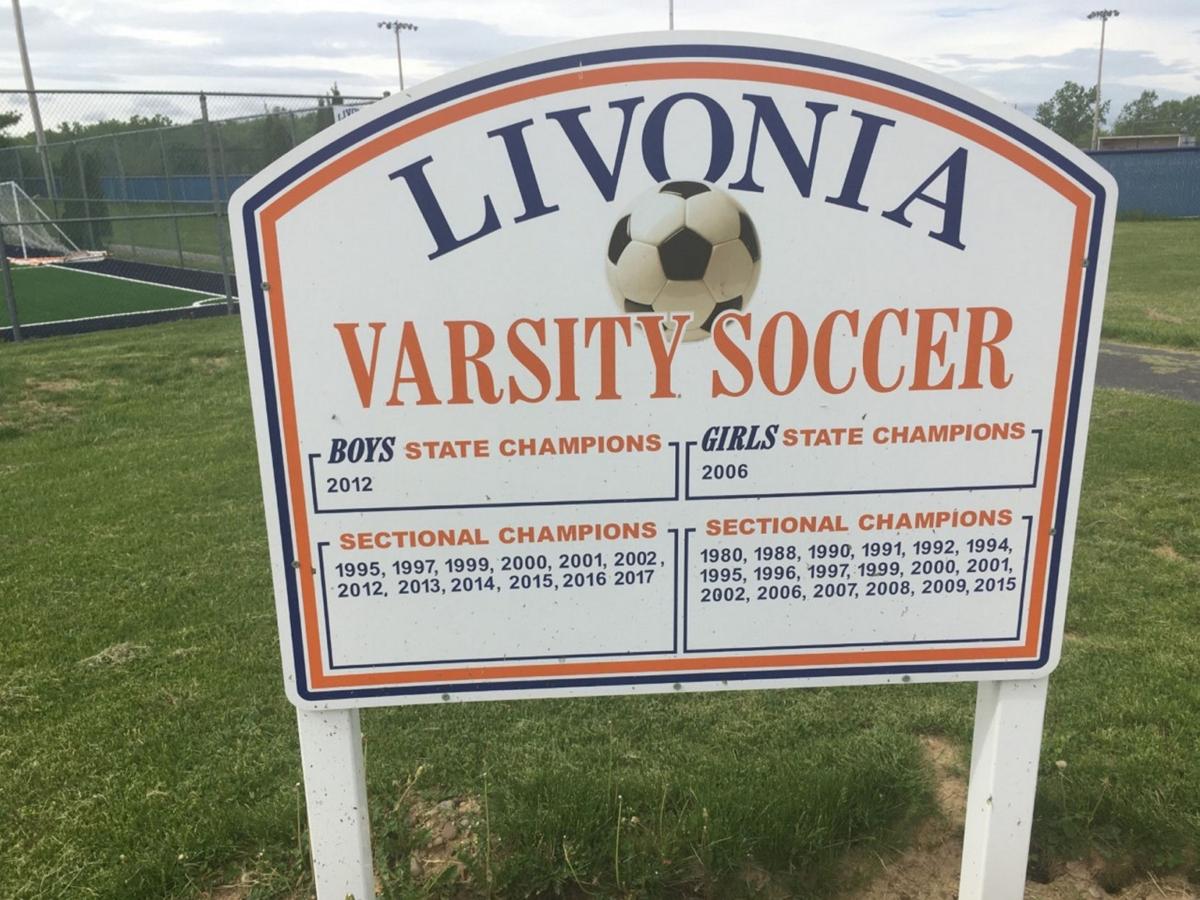 Photo by Doug McFarlandLivonia boys soccer coach Ray Maxwell has captured a sectional title nearly once every two years during his 35-year tenure for the Bulldogs and Geneseo.

Photo by Doug McFarland Livonia boys soccer coach Ray Maxwell has guided his programs to 491 victories during his 35-year tenure.

File Photo Livonia boys soccer coach Ray Maxwell never played high school soccer but the Scotland native who moved to Geneseo when he was 12 went on to become an All-American at Geneseo State back in 1981.

LIVONIA — When legendary Livonia boys soccer coach Ray Maxwell first came to the states from Scotland he was just 12 years-old.

Unfortunately, attending Geneseo HS back in the late 70s, the Blue Devils didn’t have a soccer team for Maxwell to play on.

But Geneseo State certainly had one.

Maxwell would go on to become one of just five Geneseo State players to earn All-American honors during his playing years from 1979-1981.

Maxwell’s senior year in college, Geneseo finished 8-3-4, one of the best-ever seasons up until that period of Geneseo State men’s soccer.

Maxwell left the program as a two-time All-SUNYAC member, an All-New York State/All-Regional selection and an All-American (1981).

He is currently No. 5 all-time in career assists.

After college, Maxwell coached boys soccer at Geneseo HS and took a struggling program when he got there to a level they hadn’t seen before winning two Section V titles and three Livingston County crowns in just five years.

Unfortunately, Geneseo couldn’t keep him there with a teaching job where Maxwell admits he was “disappointed.”

Livonia would offer Maxwell a social sciences teaching job and after the then-Bulldogs boys soccer coach retired, Maxwell stepped right in and hasn’t missed a beat some 35 years later.

Maxwell retired last year from teaching but has stayed coaching the Bulldogs.

Incredibly, Maxwell is just nine victories away from an amazing milestone of 500 victories.

If Maxwell does continue to coach the next few years he very well could surpass Section V’s All-Time leader Don Hartley (566).

With all those victories and titles won, Maxwell says the fire still burns for coaching the student-athletes from the Livonia community.

“A great passion for the game and a sense of responsibility in fielding the best team we can to represent our wonderful school,” said Maxwell, replying to what motivates him. “And we want to maintain our reputation. Livonia boys soccer has raised the standard. We’ve had so many great players and fine young men come through here. Success breeds success and the boys don’t want to let their predecessors down. We always promote pride in our school and that every ball won is won for Livonia. We work hard but keep things simple. Good possession soccer. Connect the dots. We combine the hard work with plenty of humor. Lots of laughs.”

Crediting the highly competitive LCAA, Maxwell believes playing in such a tough league gets his Bulldogs post-season ready year-after-year.

And the outstanding results that Livonia has enjoyed in the post-season, certainly won’t argue that.

“The LCAA has become increasingly competitive,” Maxwell said. “No easy games in our division. Every team has some outstanding players.”

The past few seasons have been extra special for Maxwell as he has coached his oldest son Ewan since he’s been a freshman.

“It has been very special with Ewan but it’s not always easy coaching your son,” Maxwell said.

As a junior last year, Ewan, who has recently sprouted to a six-foot midfielder, scored two goals and dished out five assists as Livonia enjoyed a 11-5-2 season.

Livonia made the semifinals last year but fell 1-0 to Geneva.

In 2018, Livonia made the Section V Class B1 title game but lost to Pal-Mac.

As a freshman Ewan was on the roster where Livonia captured their last sectional title with the 3-0 win over Greece Odyssey.

With this coming fall expecting more big post-season thrills with a talented core returning, including Ewan’s final season, Coach Maxwell is praying his team will get a chance to compete.

“We got some other kids coming back besides Ewan that are very talented, including Brady Bishop, Shawn Minnehan, Jack Donnelly, Brendan Meyers that we would love for them to finish their soccer careers,” Maxwell said. “We also got some great young players that are looking forward to the season too so we are just keeping our fingers crossed at this point. We’re just hoping to have a 2020 season, Ewan has developed a ton the last few months, and will need to play a very pivotal role for us, alongside some other fine players.”

When asked what his greatest program ever was during his tenure, Maxwell needed more than a few minutes to reflect.

When you play the top brand of soccer they play in Livonia on a yearly basis, putting one ahead of the other is nearly impossible.

“That is a tough one so I’m going with three teams,” Maxwell said. “Our 1995 team beat both Pittsford schools and also nationally ranked Williamsville East before losing in the NYS semifinal round. That team would have won a state title had their been five state classifications instead of just four at the time. We were playing schools twice our size. The 2001 team would also have won it all had their been five classifications. That team beat a strong Aquinas team in the state qualifier 3-2 in what was one of the best high school soccer matches ever seen. We were ranked number two in the nation for two weeks in all classifications. I would also have to include our 2012 state champs. We finished 20-0-2. We went 2-0-1 in the state tournament against three teams that were a combined 63-0 when we played them, outscoring them a combined 6-3. We held Ichabod Crane scoreless for 100 minutes but couldn’t score one ourselves and so finished NYS Class B co-champs. Ichabod Crane set the state scoring record that year, averaging (a winning margin of) 9-0 per game.”

When you coach as long as Maxwell has at Livonia, it takes an entire program, top to bottom, to be highly successful on a consistent basis.

That’s where his assistant coaches come in.

“I’d be remiss not to mention the great assistants over the years, including Jason Butterbrodt, Nick Feldman, and Brian LoPresto, and JV coaches Dave Ross, Dan Ames, Brian LoPresto, and Ryan Humphrey, among others,” Maxwell said. “It also helps to have a well run Livonia Soccer Club which gives the boys ample opportunities to play soccer year round.”

But it also helps to have a head coach like Ray Maxwell leading the way.