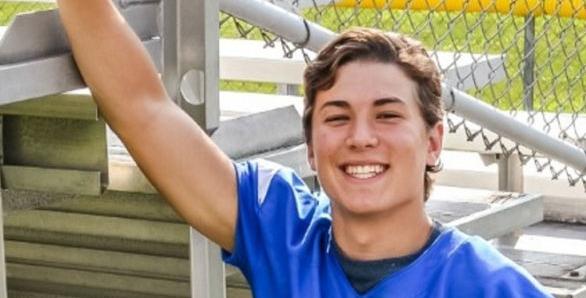 ProvidedGeneseo senior Evan Salvaggio has enjoyed competing for the Blue Devils the past few years. 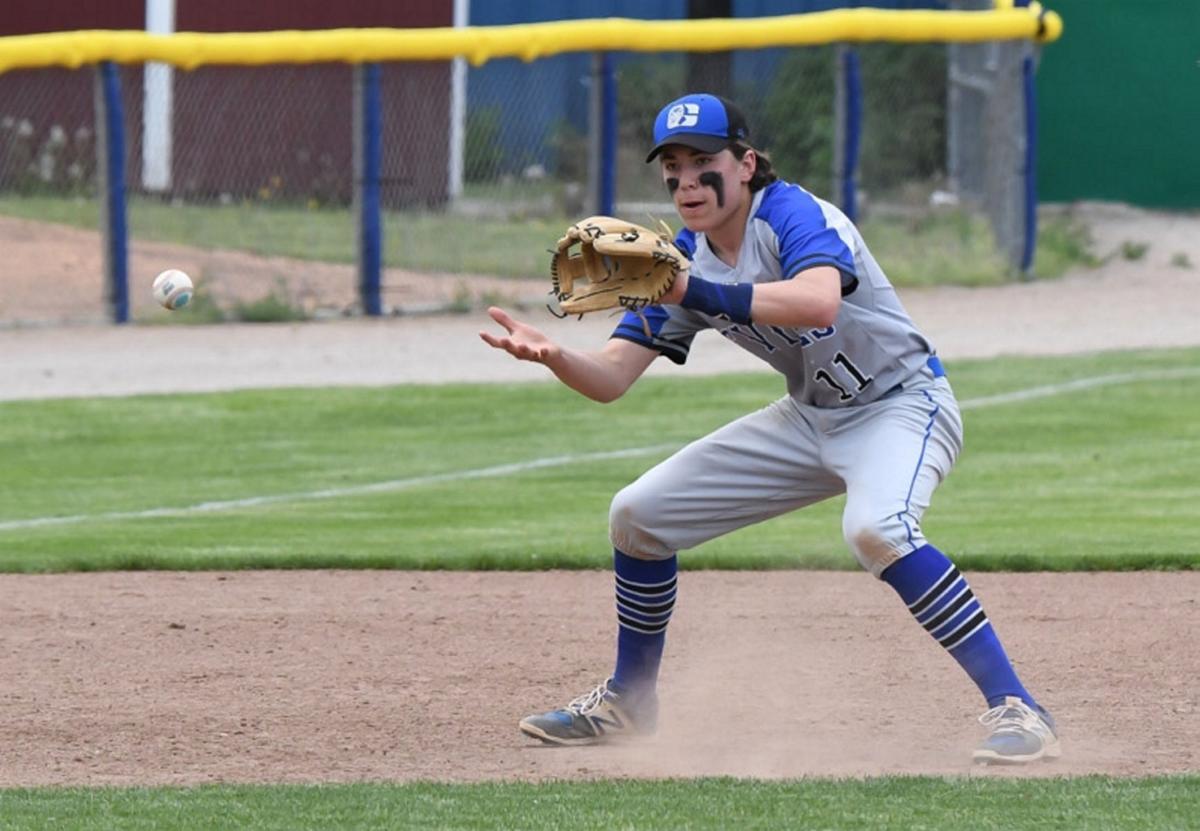 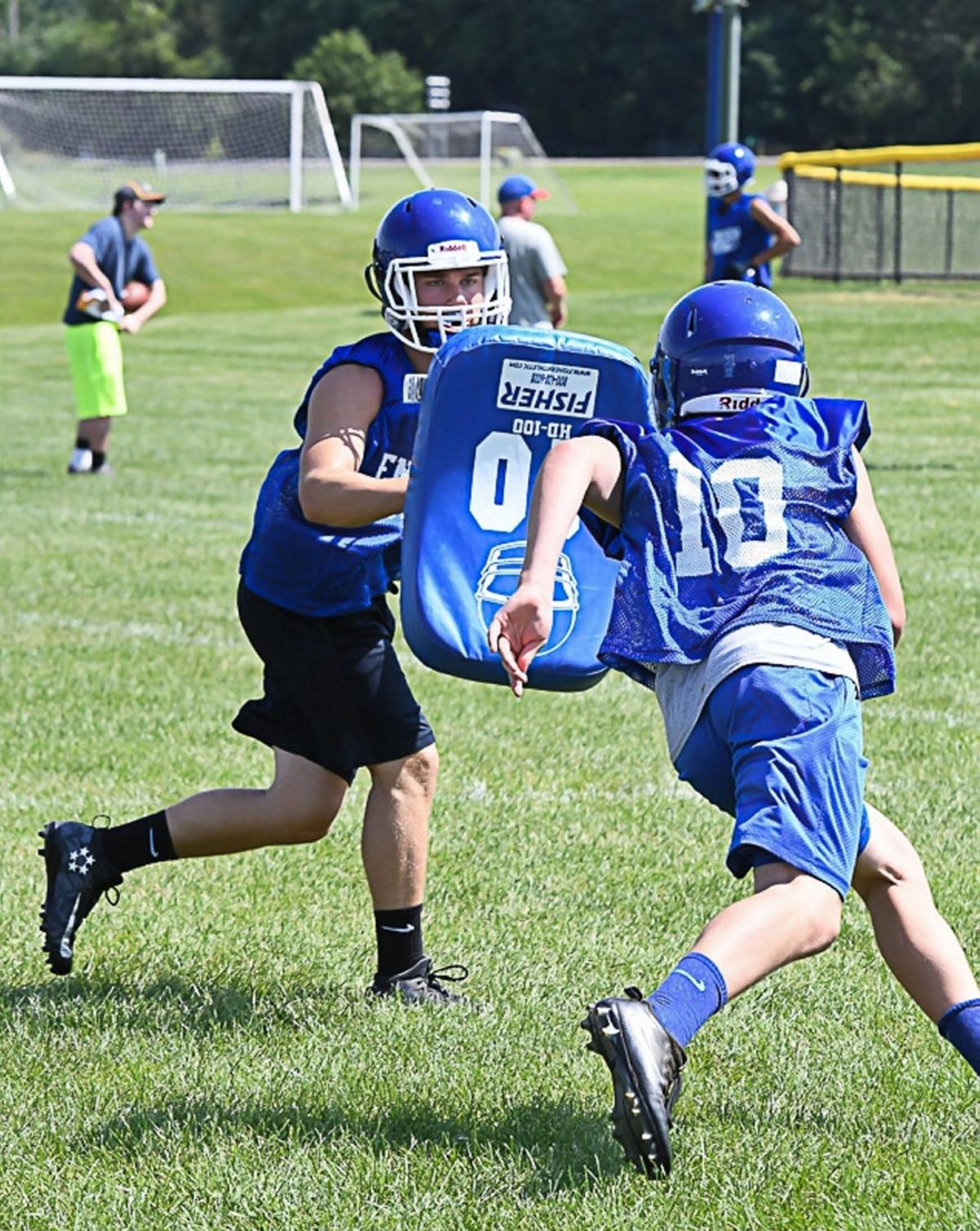 ProvidedGeneseo senior Evan Salvaggio has enjoyed competing for the Blue Devils the past few years.

The Geneseo senior played a huge role on the football field last fall and was expected to contribute at a high level on the baseball diamond this spring prior to the spread of the coronavirus ending that dream.

In football, Salvaggio who played linebacker and running back, led his team in most categories including solo tackles(71), total tackles (102), interceptions (2), rushing yards (1,246) and touchdowns (10).

He averaged nearly 15 tackles every time he stepped on the field for a game.

His shining moment last fall came during Geneseo’s 60-20 week four victory over Perry where Salvaggio ran for a career-high 322 yards on just 18 carries (27.5 avg) with four TD’s to lead the offensive explosion.

On defense that night he finished with 16 tackles including 10 solo stops.

As a junior Salvaggio also led the defense with 105 tackles including 83 solo giving him 207 tackles during his past two seasons, which was 70 more than his closest teammate during those two years.

Evan says he enjoyed every minute under the Friday night lights.

“Playing high school football under the Friday night lights has been truly special because I had an opportunity to represent my town and bring our community together, he said.

With his passion for football, and full contact, Evan will be heading to SUNY Morrisville this fall to play for the up and coming Mustangs and study renewable energy.

The Mustangs also toppled Brockport 24-21 last year, not bad for a program that only started competing in NCAA D-III a few years ago. Salvaggio will play on the defensive side of the ball for Morrisville.

A two-sport athlete who also played baseball for the Blue Devils, was expecting a big spring on the diamond right up until the season was canceled.

“It was really disappointing not to get the opportunity to play our senior sports season of baseball,” Evan said. “Myself and the other seniors had dreamed about this season for many years, we were a strong group that had a lot of varsity experience. We knew what it felt like to win because we were all on the team when we won sectionals in 2018. We had spent numerous summers together playing off season baseball. We were aware of each other’s strengths and weaknesses, and had a lot of time to get polished and prepared to make this our year.”

Geneseo baseball finished 15-7 a year ago losing to Bolivar-Richurg in the semifinals.

Geneseo head coach Nick Drollette was excited about Evan and his program making a run for the title this spring, that is before things got canceled.

“Evan had worked so hard these past few years,” Drollette said.

“He’d added a lot of strength and that was evident early this spring in the cage. In addition to his offensive prowess I was looking forward to see how he had matured as a pitcher. While we are never able to say for certain, I’m confident that the work Evan had put in during the off season would have resulted in a senior campaign that any player would be proud of.”

Evan will miss the coaches at Geneseo from youth and summer — all the way up to varsity level — in both football and baseball.

“My dad, Coach Wright, Coach Dolgos and Coach Mattice for pushing me and supporting me throughout my football career at GCS,” Evan said. “Coach Walton for his patience and dedication to me and the group of baseball players that have played together since Little League. Mitch Walton, Coach Drollette and Coach Nesbitt for helping me improve as a baseball player and teammate.”

As disappointed as Evan and his senior classmates have been over this season’s cancellation, and a potential run towards a sectional crown, he wouldn’t have traded his experience to represent the Blue Devils for anything.

“Playing and competing for Geneseo has been an honor and it has given me so many great memories and lessons that I will take with me to the next chapters of my life,” he said.