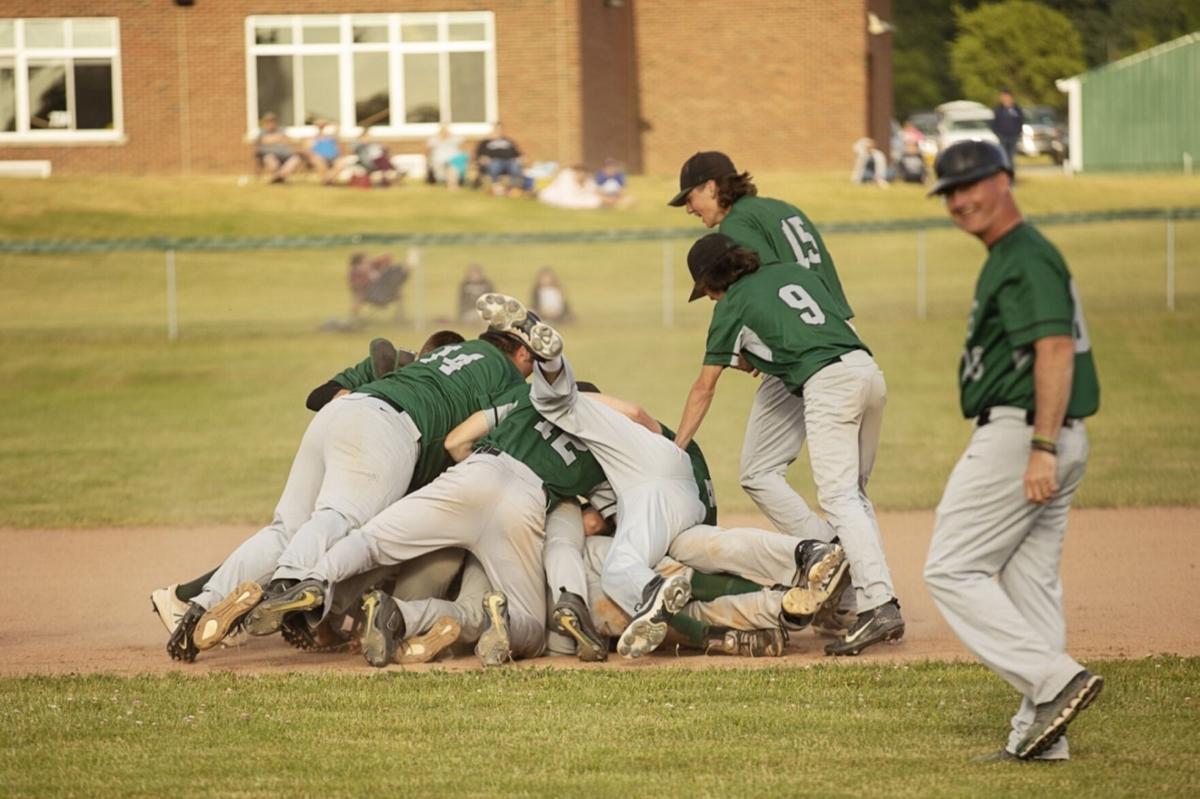 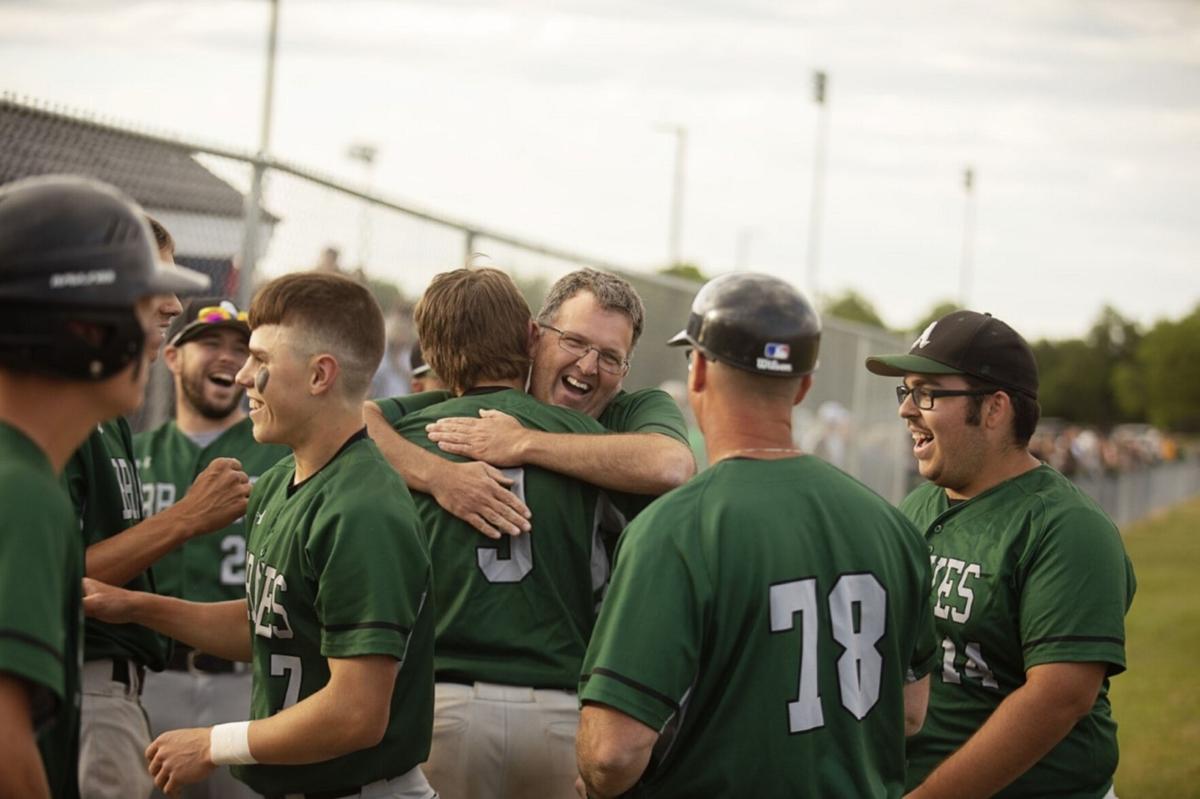 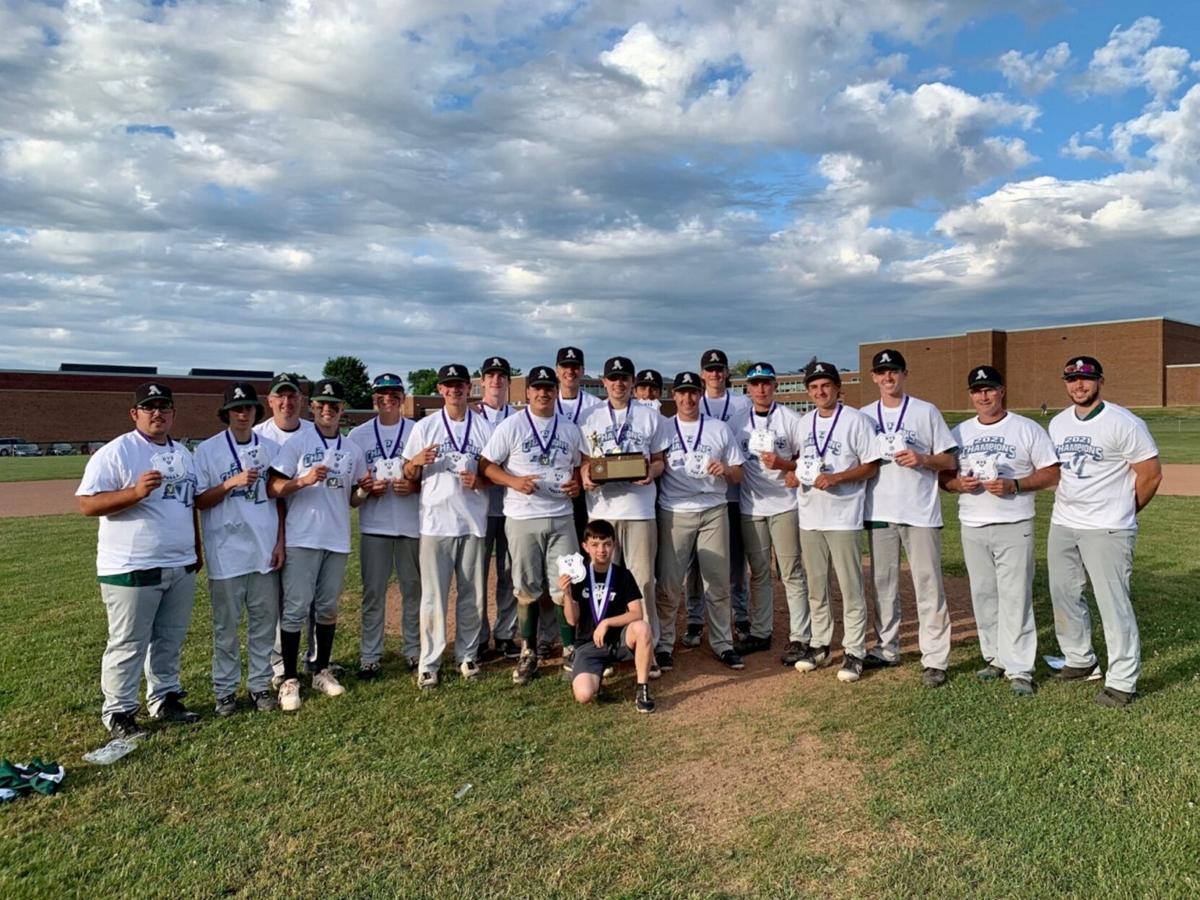 AVON — Avon baseball coach Rob Fries loves him some pitching and defense when it comes to post-season baseball.

He got a big dose of that Tuesday in Avon.

Fries watched what he called, “the best defensive game I’ve ever been a part of” as Avon senior lefty Jake Jones tossed nine innings of one-hit baseball, striking out 13 batters and walking three as the No. 3 seeded Braves nipped No. 5 Addison 1-0 in nine innings for the Section V Class C1 title in Avon.

It was the fifth sectional title for Fries.

And it certainly didn’t come easy.

After eight and a half innings of goose eggs, Avon finally won it in the bottom of the ninth when senior Holden Volpe opened things up with a lead-off double.

He moved to third after a well-executed bunt by sophomore pinch hitter Christopher Kashorek.

Junior Xavier Rivera, one of the few Braves that had hit well all season, delivered the game-winning hit to score Volpe with the winning run.

“I am really proud of these guys,” coach Fries said. “This game was what we thought it was going to be. Both pitchers pitched as well as you can pitch, there weren’t a lot of hits. This game just flew along, it seemed as if nobody was ever going to score. I’m glad it was us and not them though.”

Jones, a six-foot, 170-pound pitcher who is heading for Niagara County Community College in the fall, was lights out the entire game.

After the first batter that is.

A lead-off single up the middle to Addison’s first batter of the game was the only hit Jones would allow the entire game.

“It felt really good,” Jones said afterwards. “I never would have imagined that I was going to play the sectional finals on our home field and that’s all I could ever ask for. Having the crowd out there was electric. It feels good to actually earn a sectional patch especially after last year got canceled when I thought we had a good chance to win it.”

Addison pitcher Bradyn Coletta, who will be joining Jones this fall at JUCO power NCCC, also tossed a complete game taking a one-hitter into the ninth as well. He finished with 15 K’s and three hits allowed.

Jones did walk three batters but ended up picking a few of them off.

Fries was proud of his team for how far they have come since the start of baseball season when they lost two of their first three games.

“I think we really improved as a team — from back even two, three weeks ago,” Fries said. “We gave away a couple of games — we lost the Le Roy game (5-4) which we thought we had. I think that was a moment when we learned a lot about ourselves and guys really worked hard. I mean you could see it kind of come together at the end through sectionals and we started hitting, not that we did it as much tonight, but we really started to play better defensively so I am really proud of them for how far we have come.”

Volpe led the Braves in batting average this year at .370 while Rivera was second at .305.

Other seniors on the roster include Cole Werner, Anthony Woodworth, Joe Frazer, and Cole Adams.

“I am really happy these guys got a senior year in baseball after last year,” Fries said. “I am really proud of this team.”