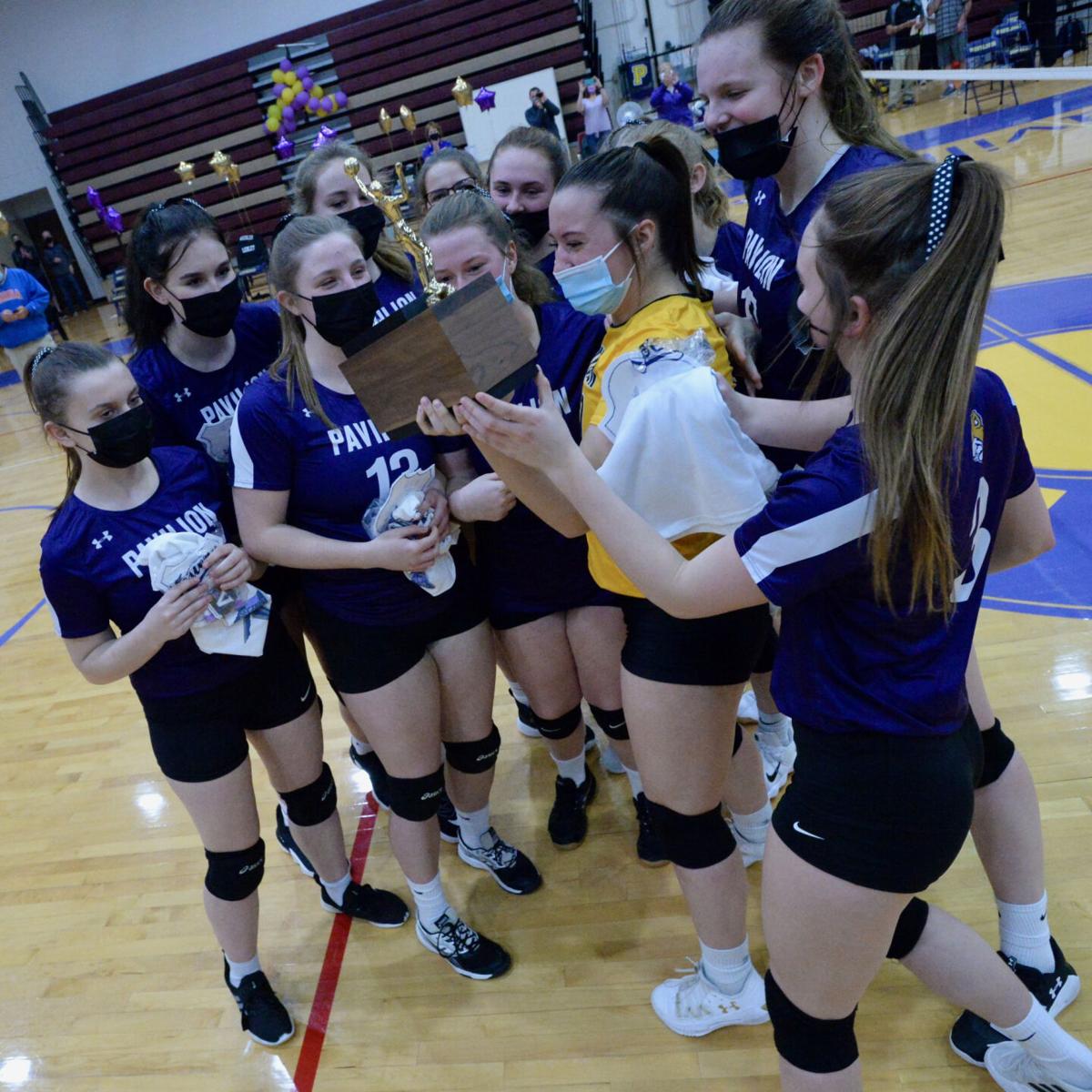 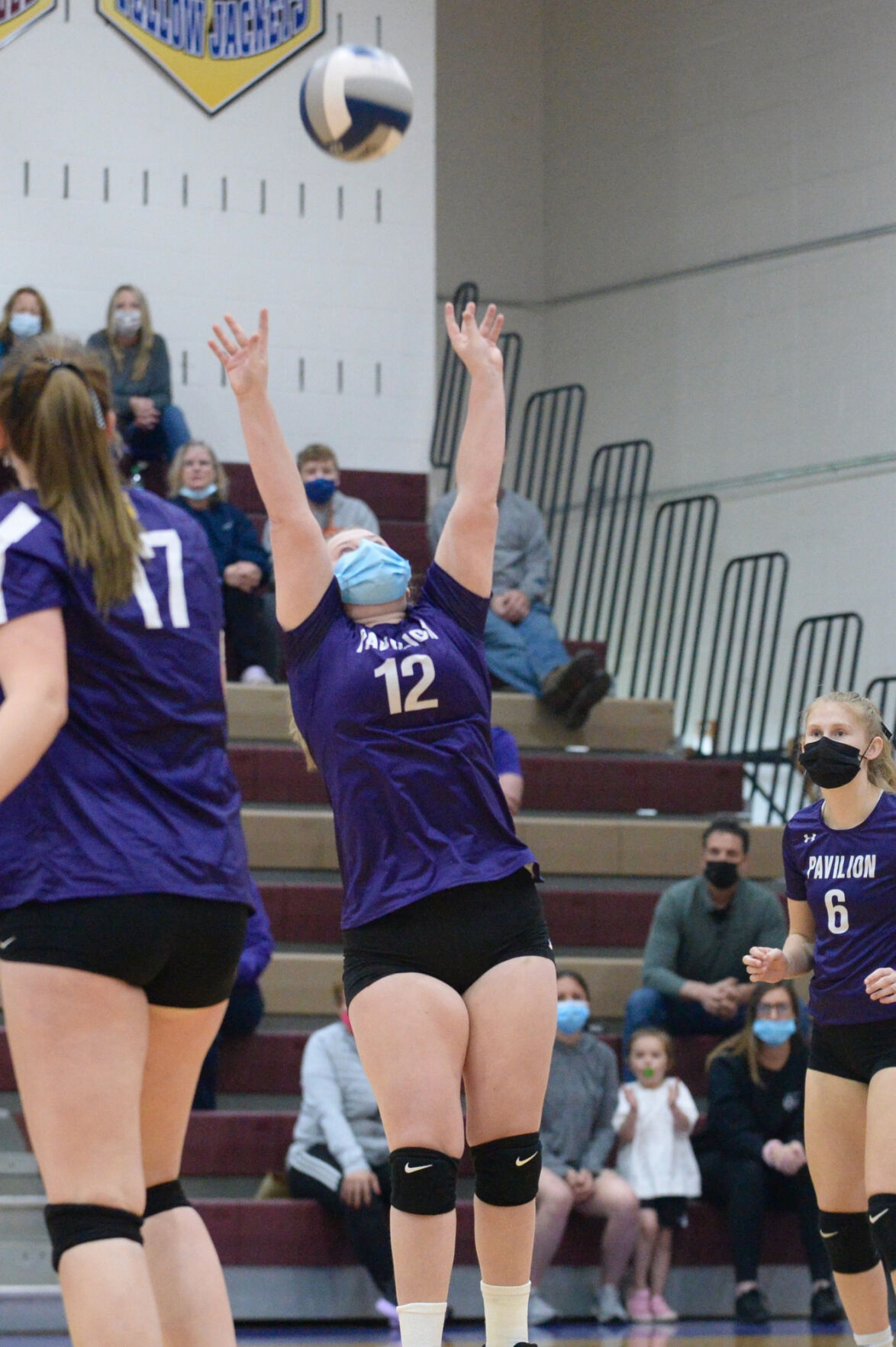 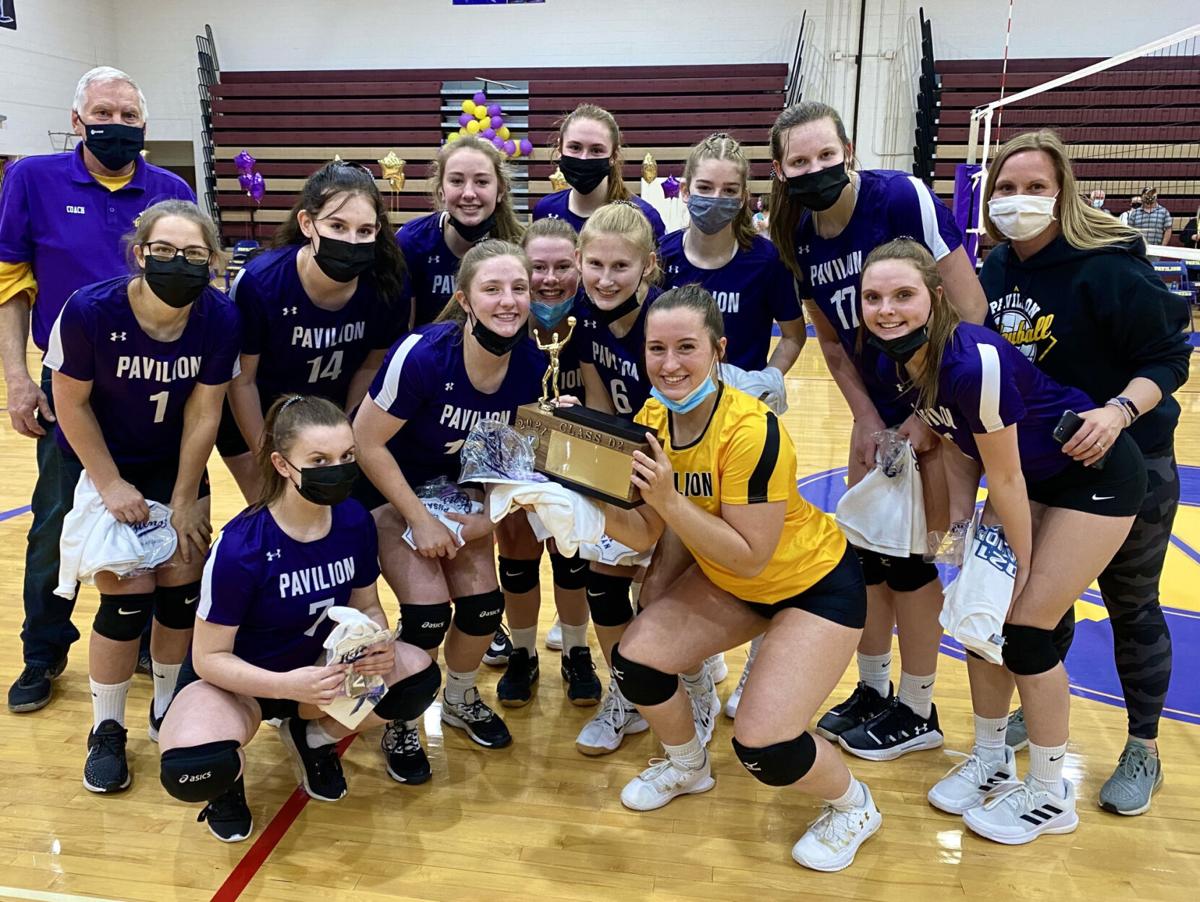 Alex Brasky/Batavia Daily News | The Pavilion girls won their first Section V Championship since 1998 with a sweep of South Seneca. 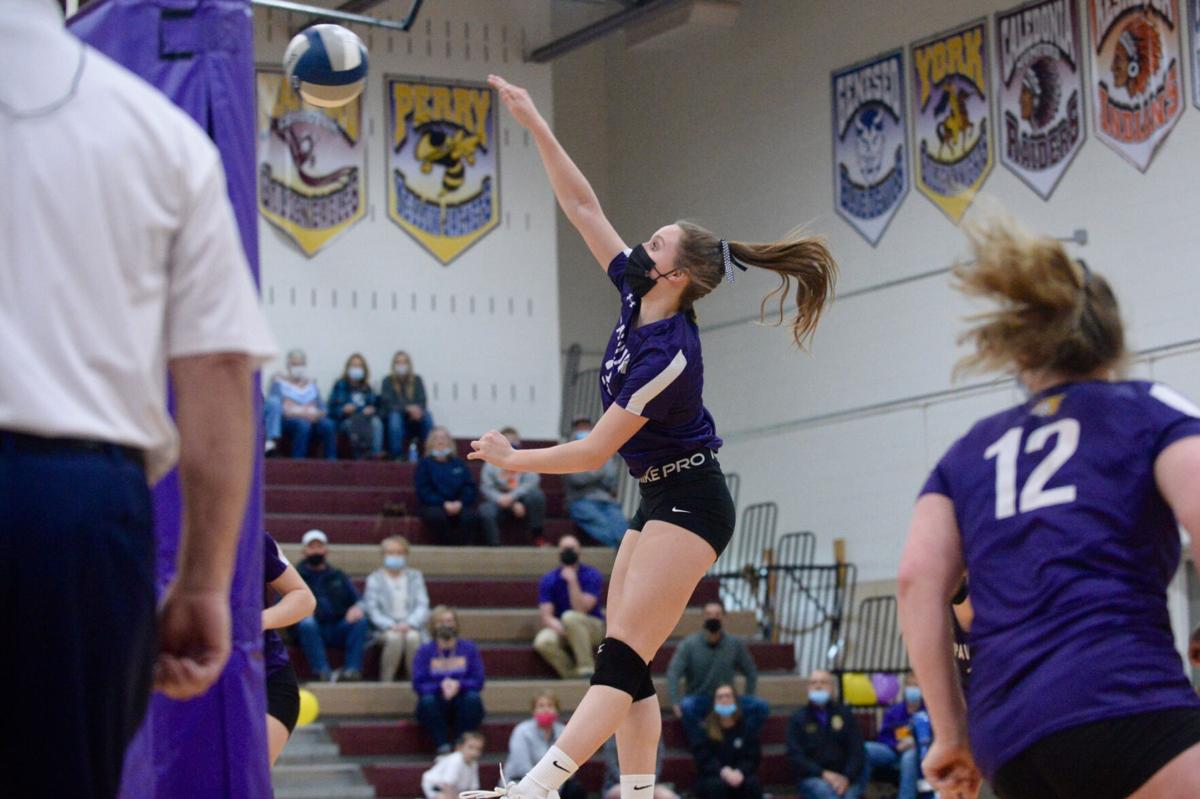 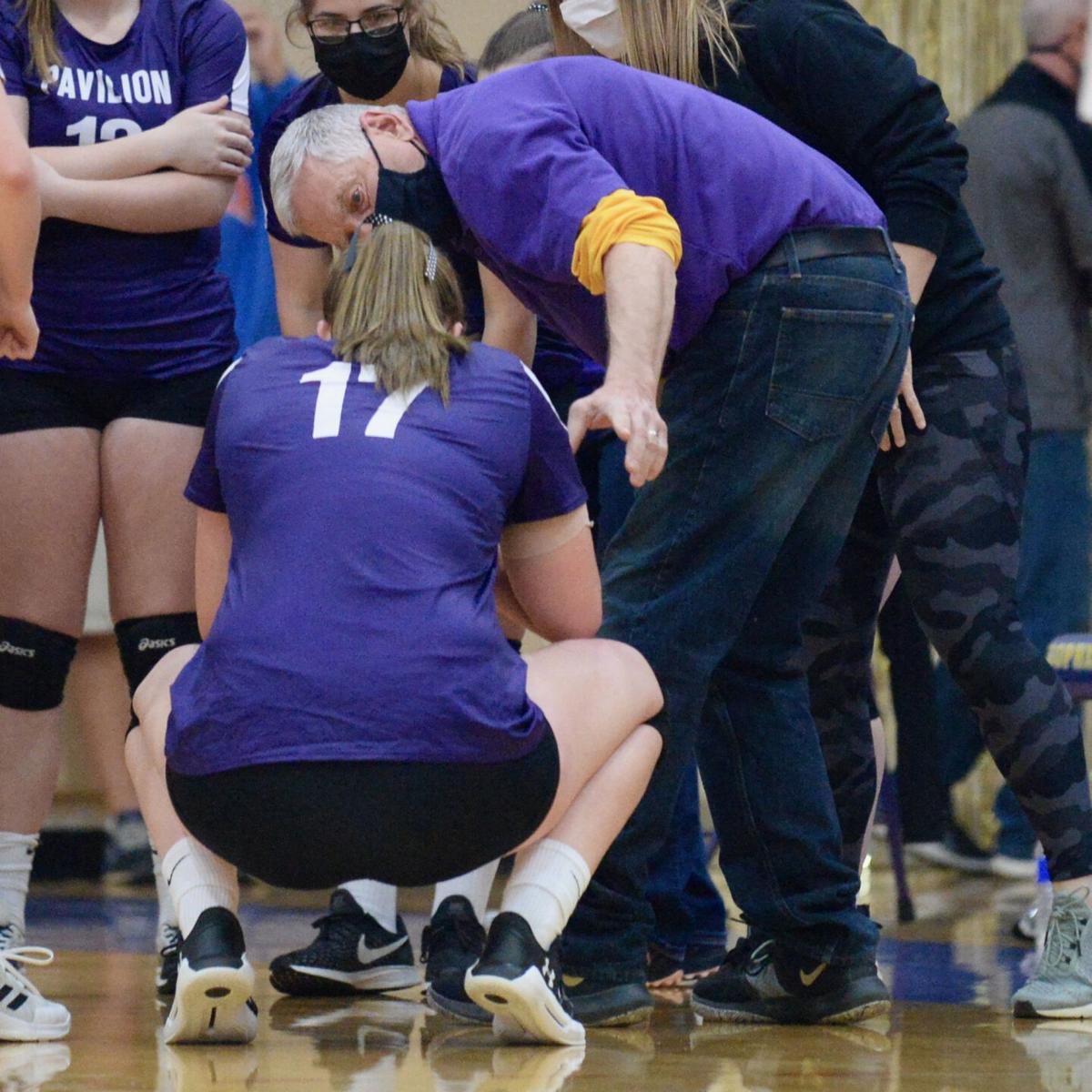 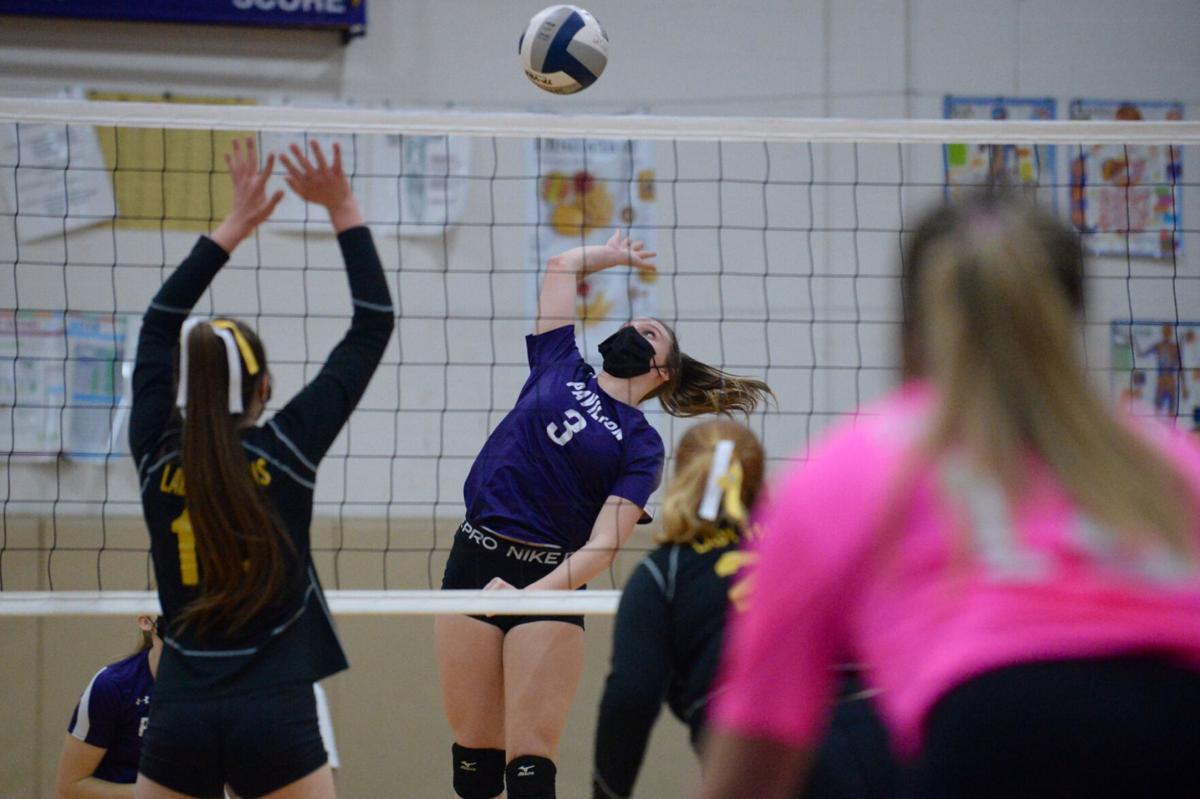 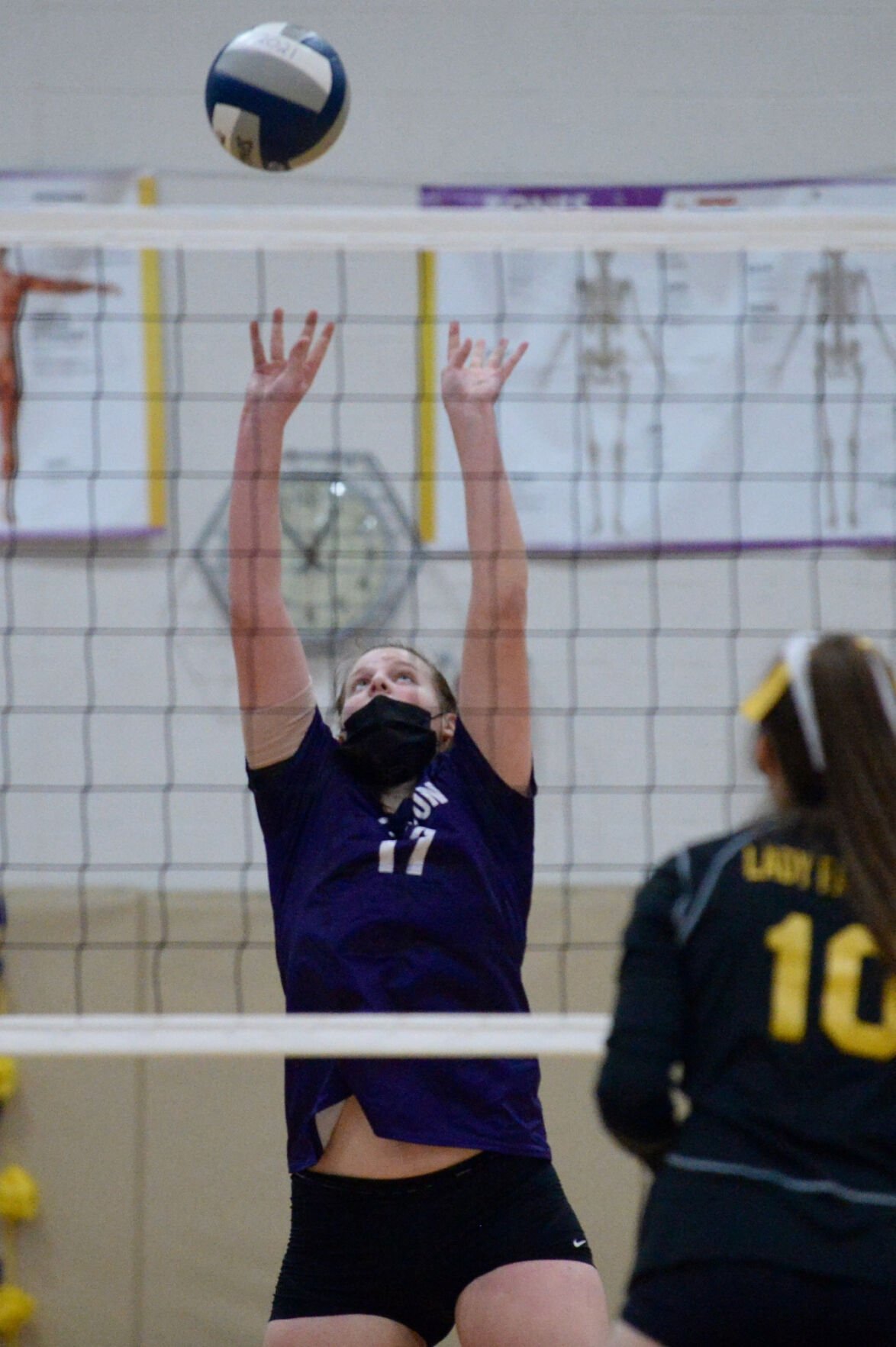 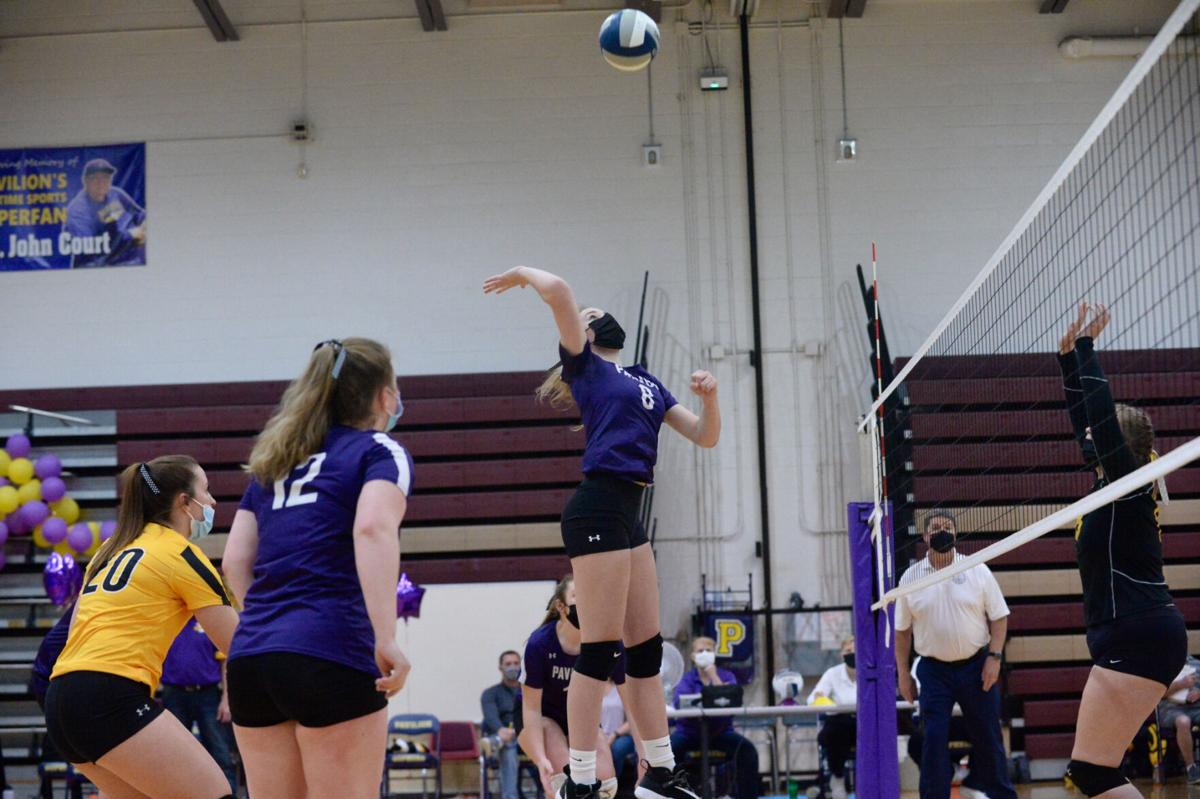 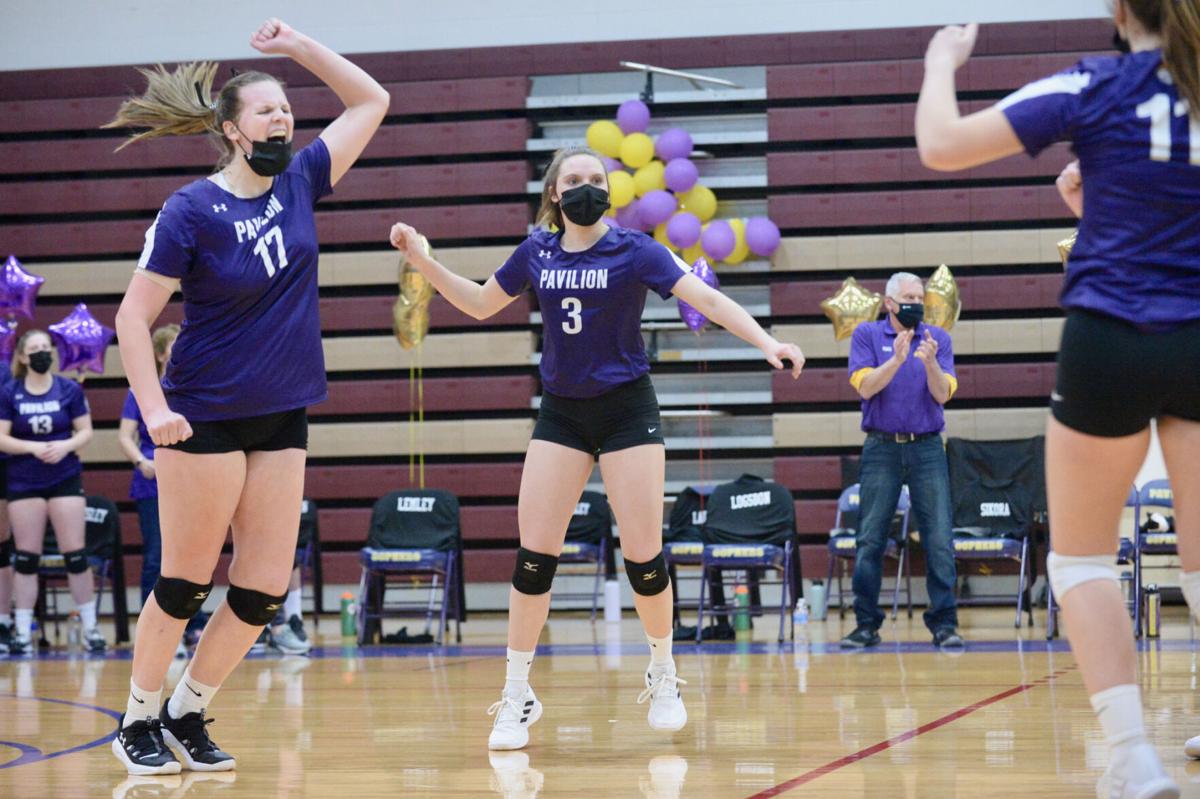 Alex Brasky/Batavia Daily News | The Pavilion girls won their first Section V Championship since 1998 with a sweep of South Seneca.

PAVILION — Trailing 10-5 in the first set to South Seneca, and the Falcons’ players and crowd going wild, Pavilion’s Paige Landers came in and silenced the opposition as the sophomore calmly entered the match to serve and promptly delivered seven straight points to change the momentum.

And that was all she wrote.

Landers’ service expertise turned a five points deficit into a two-point lead and forcing a SS time out.

Top-seeded Pavilion went on for the 25-16 victory in game one en route to the three game sweep over No. 3 South Seneca in the Section V Class D2 finals Sunday in Pavilion.

Pavilion won the next two sets 25-12 and 25-10 respectively to claim their first sectional title since 1998 the same team senior starting libero Kodi Beehler’s mom played on.

“(My mom) talks about it all the time how her team was champions and she was hoping we would get the patch and we did so now we can brag about how we have the patch too,” Beehler said. “Winning this game after losing in basketball (in the finals) was probably the best feeling we could ever have.”

Head coach Rex Eighmey was not surprised to see his team trailing early, something he’s seen before, but he also wasn’t surprised to see them rally like they did against a tough South Seneca team that had their wind knocked out of their sails after the first set loss.

Pavilion outscored the Falcons 50-22 over the next two sets.

“We’ve started slow before but we always respond,” coach Eighmey said. “Nothing phases these girls.”

Pavilion was led by their sophomore duo once again of Karlee Zinkievich and Lauren Kingsley and the junior combo of Adeline Milligan and Shannon Campbell.

Zinkievich had 17 digs with eight kills, Kingsley had 17 kills with five digs and three aces, Milligan chipped in with 11 digs and eight kills and Campbell dished out a team-best 36 assists and four digs.

South Seneca finished 13-3 on the season.

They were led by Logan Shaulis with seven digs, five blocks and four kills, Jillian Babcock had 14 assists and one dig while Emma Babcock had nine digs and two kills.

Pavilion ends their season 14-1 and the Lady Gophers will lose just two seniors with Beehler and Emily Kingsley who are both heading to GCC this fall.

There is no state tournament this season due to covid so coach Eighmey and his 10 underclassmen will wait until the 2021 fall season.

“Our goal is to repeat and win sectionals again hopefully next year and beyond that and make a run in the (NYS) tournament,” coach Eighmey said.