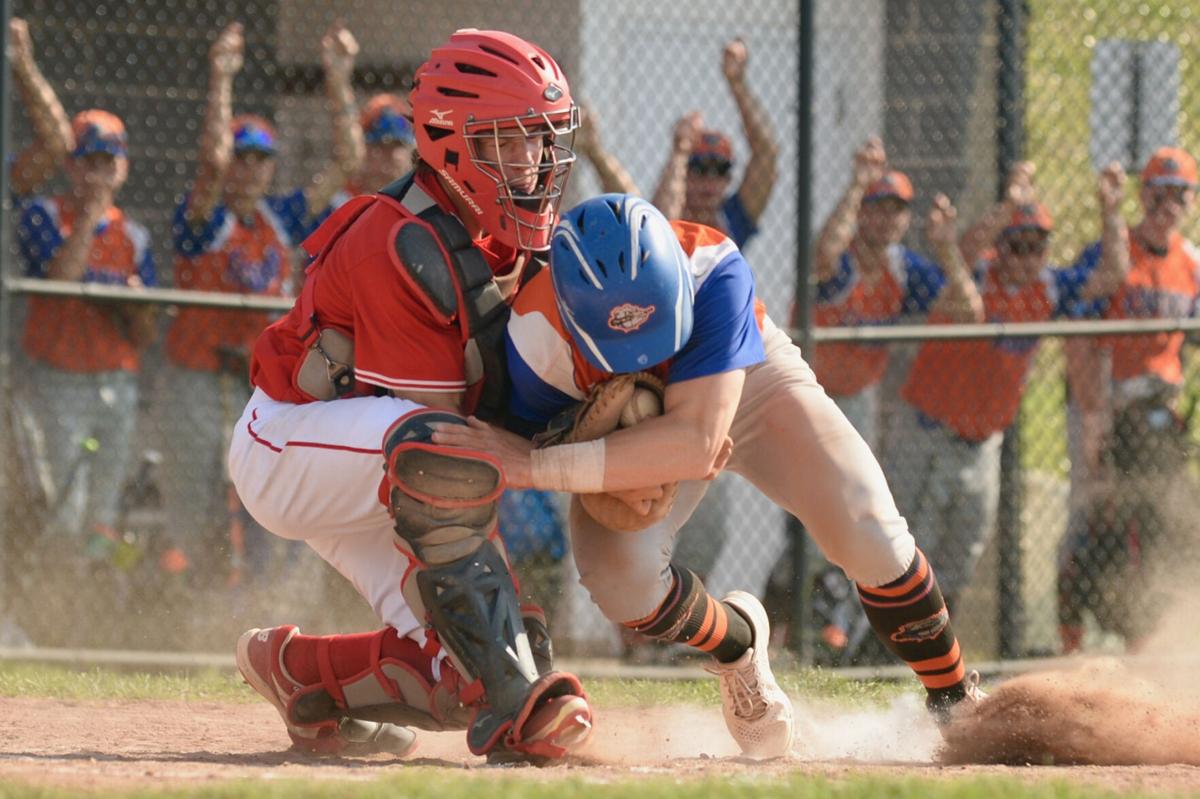 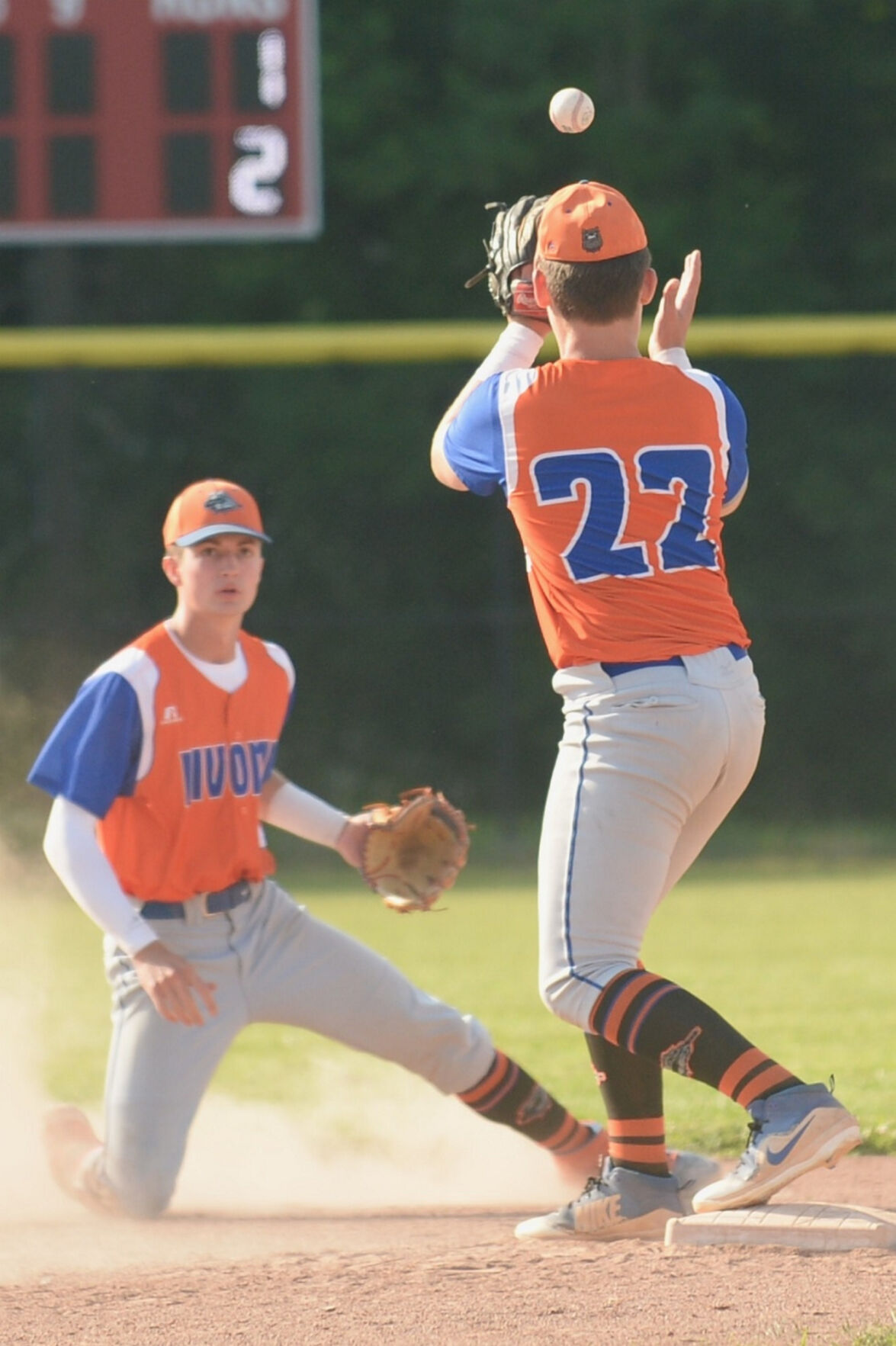 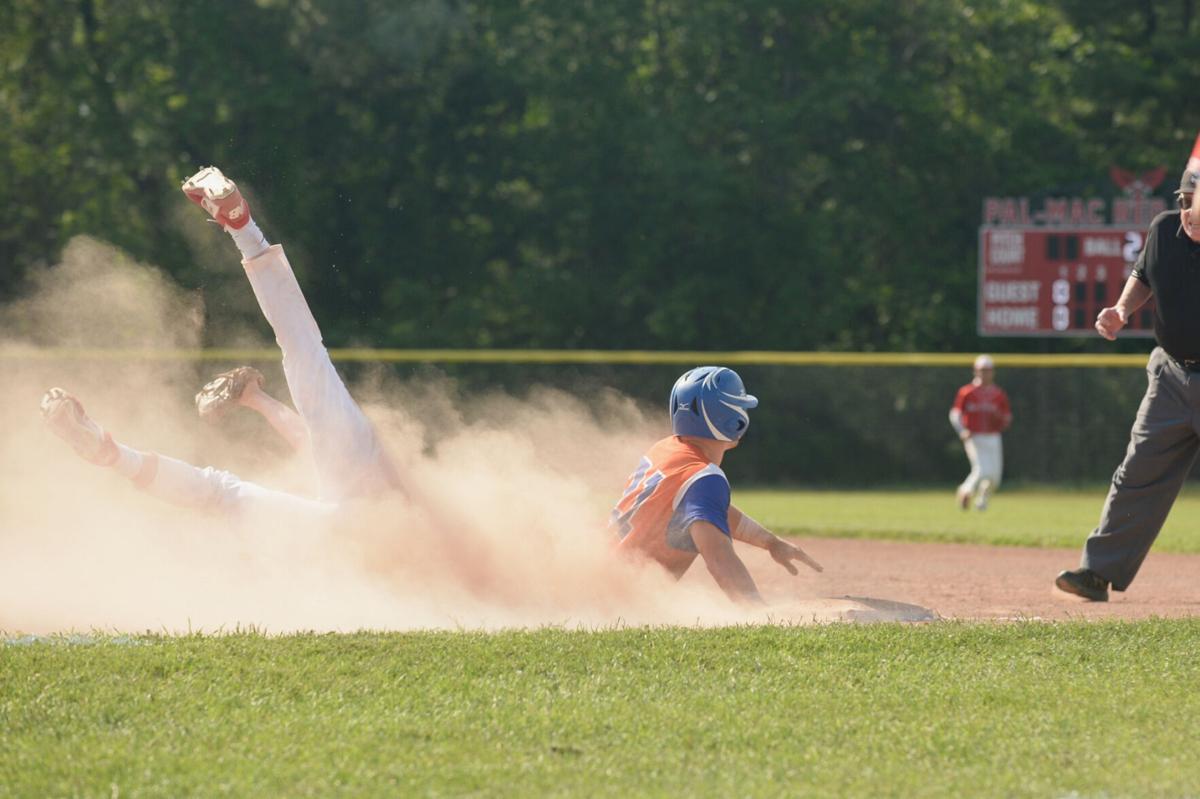 PALMYRA — Livonia had its chances but could not solve Pal-Mac sophomore starter Ian Goodness in Friday’s Class B1 semifinal.

Goodness delivered a complete game victory to push the top-seeded Red Raiders to the sectional final, navigating his way through trouble time and again to propel his team within one win of a Section V block. The Bulldogs had base runners on base in every inning but managed just one run as they fell to P-M, 4-1, in Friday’s ‘B1’ semi.

Goodness scattered six hits across his seven innings of work, striking out six and walking three. The Red Raiders’ sophomore wasn’t overpowering. But he mixed his pitches effectively enough to keep Livonia off balance and managed to find his way through some challenging situations to help his team earn the three-run victory.

Livonia threatened immediately in the first inning, as senior leadoff man Alex Minnehan worked a walk but was put out on a double play ball grounded to third base off the bat of senior Jake Smith.

After failing to convert the leadoff baserunner in the first, in the second, Livonia senior Robbie Stewart led off the inning with a single and was later moved to third on a one-out double off the bat of sophomore Conner Benitez.

Sophomore Jack Kearney was up next and struck out, and then Stewart was caught attempting to steal home during the next at-bat, as Goodness stepped off the rubber, fired a strike that found its mark well ahead of Stewart, who proceeded to put his shoulder down and make contact with Pal-Mac sophomore catcher Noah Brooks, who appeared to be blocking the front of the plate.

Brooks held onto the ball through the contact and made the tag for the final out of the second.

In the third, Livonia finally broke through for the first run of the game, as a Minnehan walk with two outs was later cashed in on a ground ball off the bat of Smith, which resulted in a throwing error on P-M shortstop Alex Wootton. After walking, Minnehan stole second base and scored on the throwing error.

That was all she wrote for the Bulldogs in the third and the game, while Pal-Mac answered back against Livonia sophomore starter Alex Benitez in a big way during their half of the frame.

The Raiders scored all four of their runs in the bottom of the third on a few walks issued by Benitez and a couple of errors made by Livonia fielders.

Pal-Mac senior Daniel Hooper struck out to lead off the inning, but then senior Rocco Marcellino walked to start a string of six straight Raiders to reach base.

Brooks followed the Marcellino walk with a double, which moved Marcellino to third. He then scored on a ground ball off the bat of Paul Goodness, which resulted in a wide throw from Livonia’s Smith from his third base position as he tried to come home to cut off the tying run at the plate.

Brooks moved to third on the fielder’s choice and quickly came around to score on a passed ball just a few pitches later during a walk of Wootton. Ian Goodness was next to the plate and walked to load the bases before Christopher Finnochario Jr. hit a ground ball to Livonia senior shortstop Shawn Minnehan behind the bag at second that resulted in a Minnehan throwing error.

After fielding the ground ball, the Bulldogs’ SS attempted to flip the ball to senior second baseman Jack Donnelly but tossed the ball over the head of Donnelly, which allowed Finnochario to reach first, Ian Goodness to slide safely into second and scored Wootton and Paul Goodness. When the dust settled, the score was 4-1 Pal-Mac, where it would stay due to Ian Goodness’ brilliance on the mound.

Alex Minnehan walked three times and reached base all four times that he came to the plate, while Conner Benitez recorded a multi-hit game, but it wasn’t enough. Alex Benitez was hit with the loss, allowing four runs in six innings of work on five hits, three walks, all of which came during the third, and two errors. He struck out five Pal-Mac batters.

Pal-Mac’s Ian Goodness was also a bright spot at the plate, finishing with a 2-for-2 day at the plate, which included two singles and a walk.

Livonia completes its season with a 12-4 record, while Pal-Mac advances to the B1 title game at 15-2.