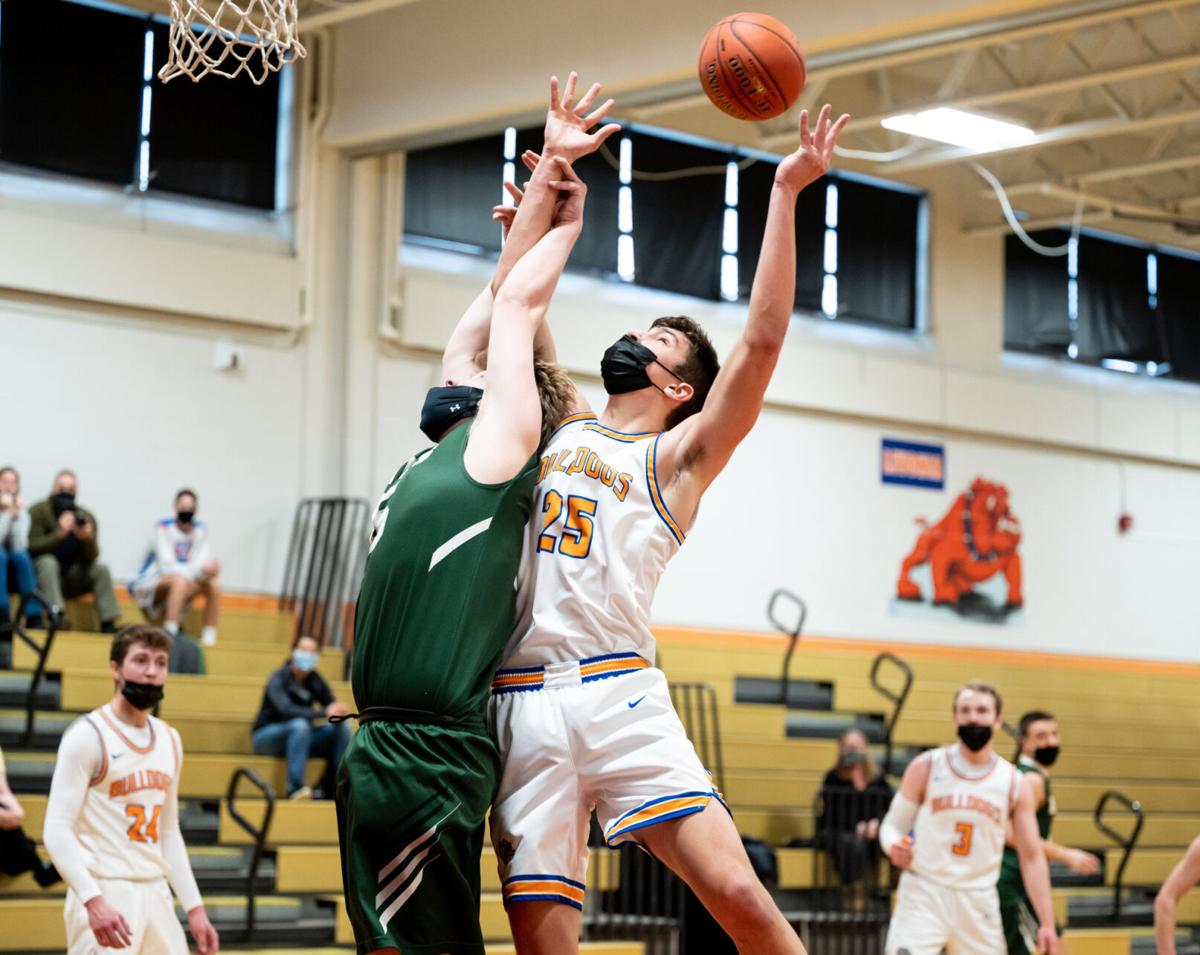 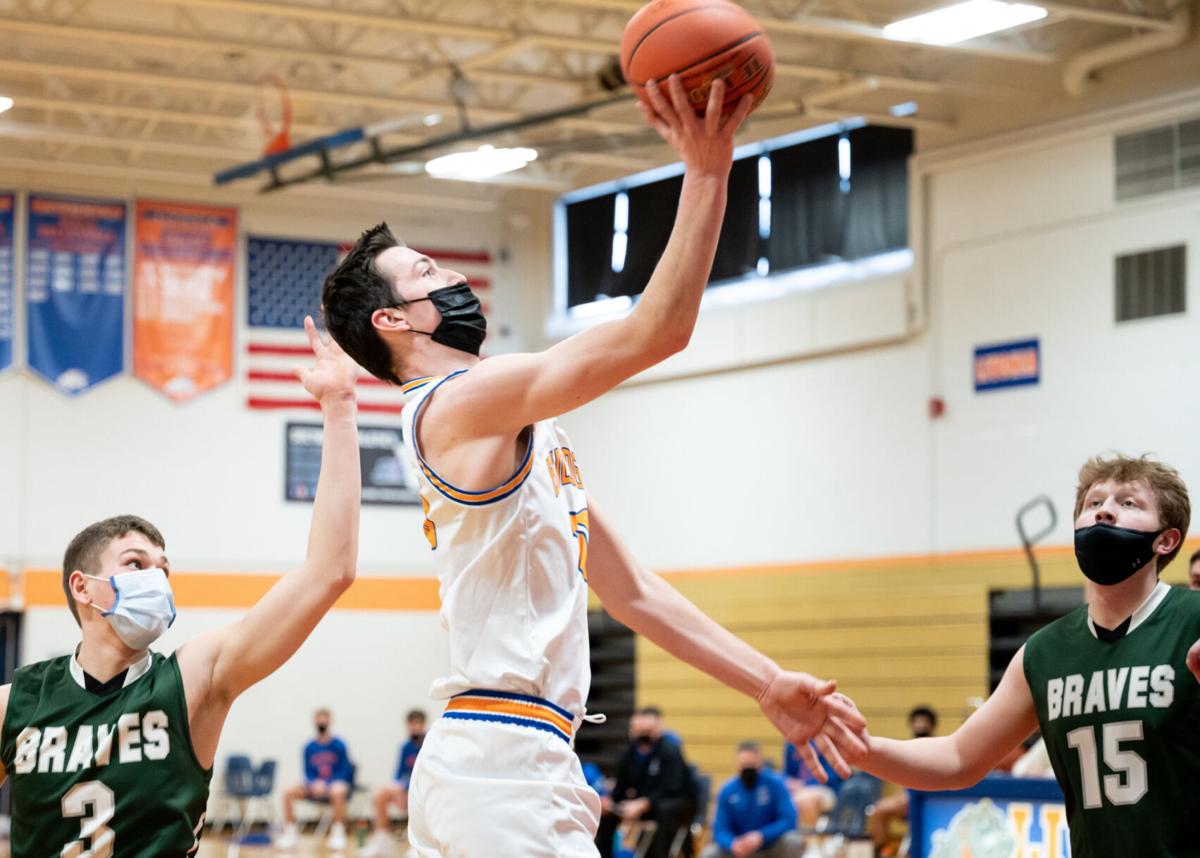 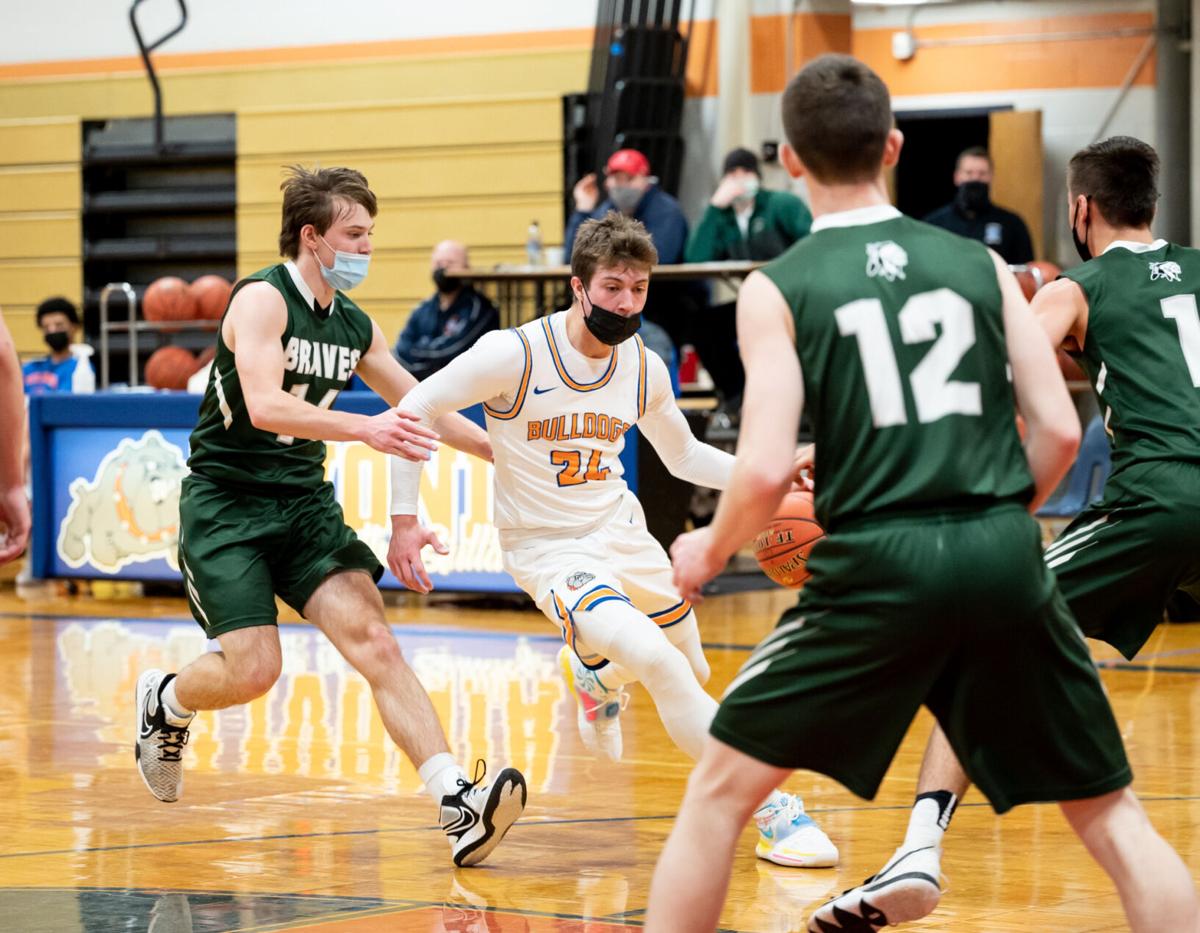 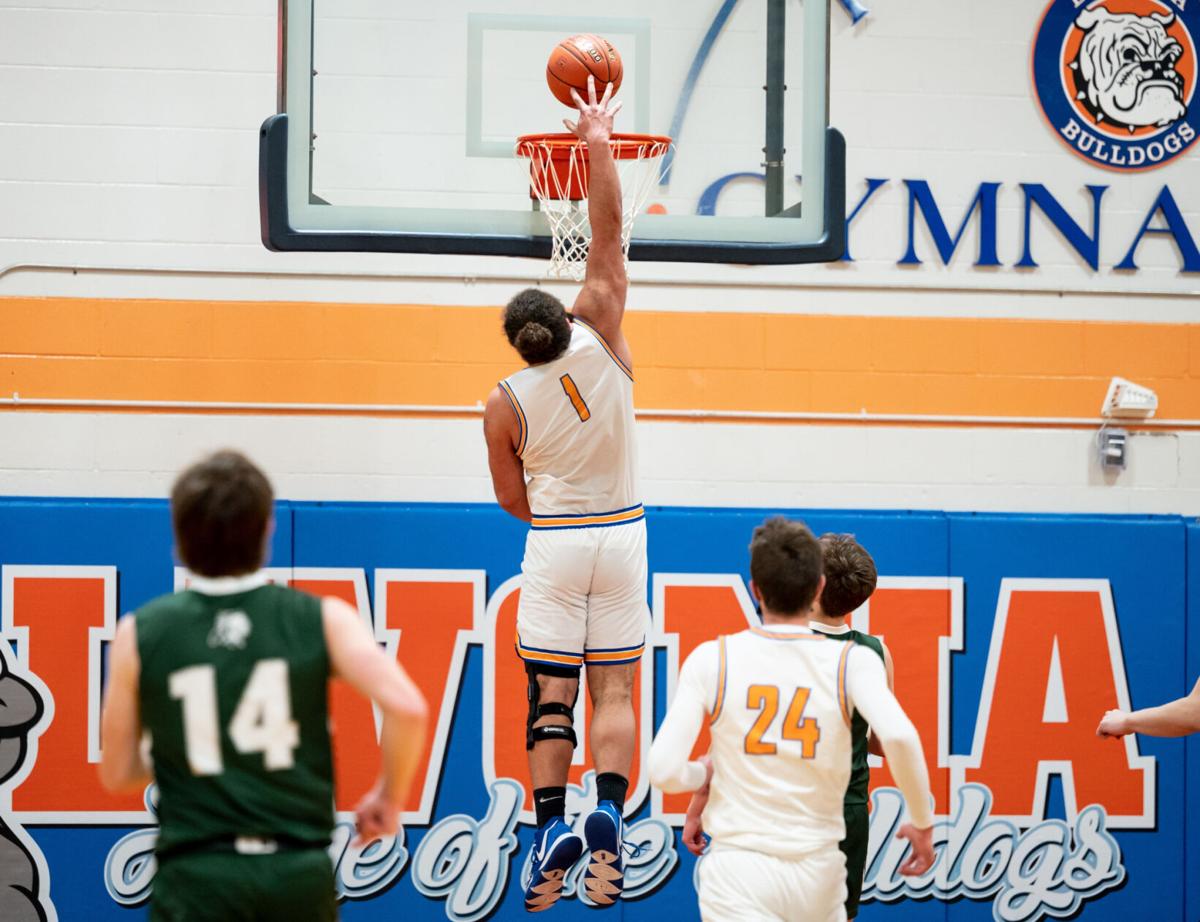 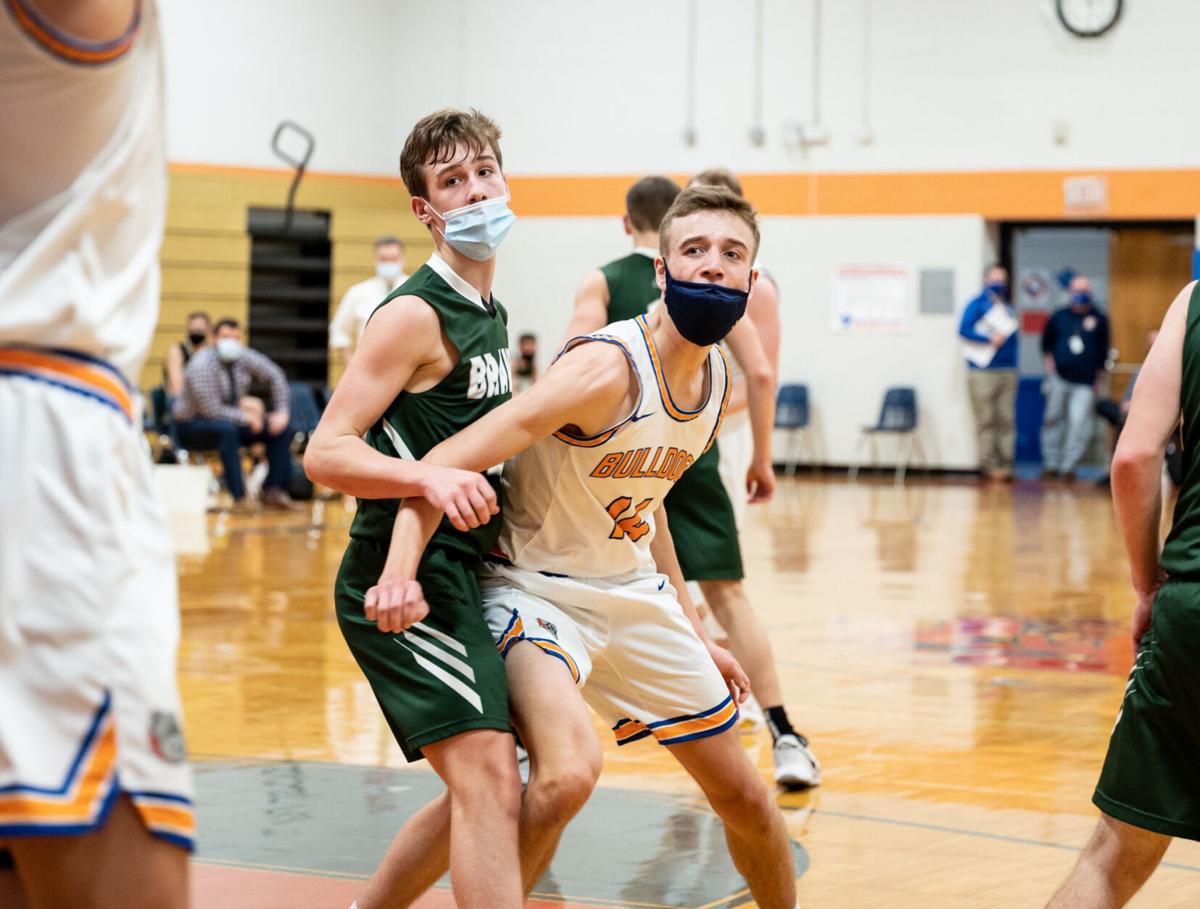 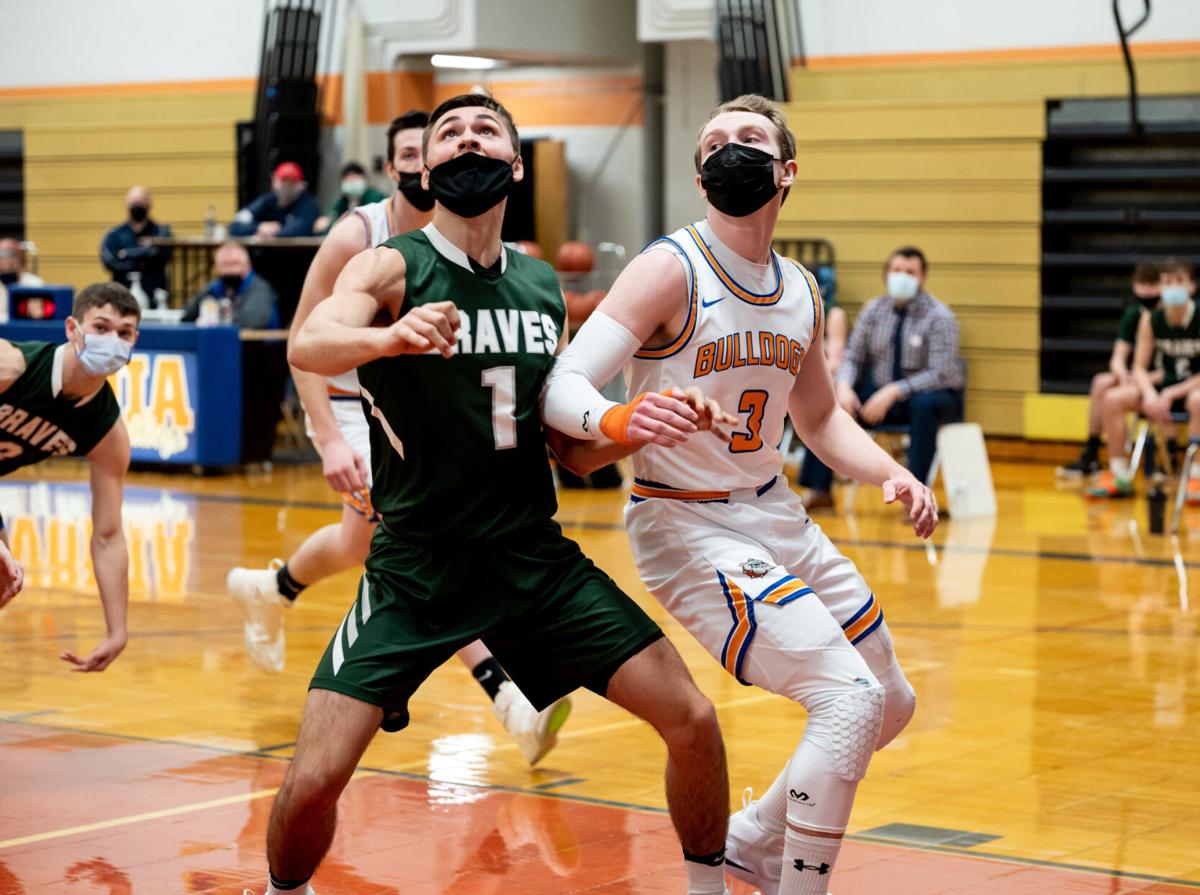 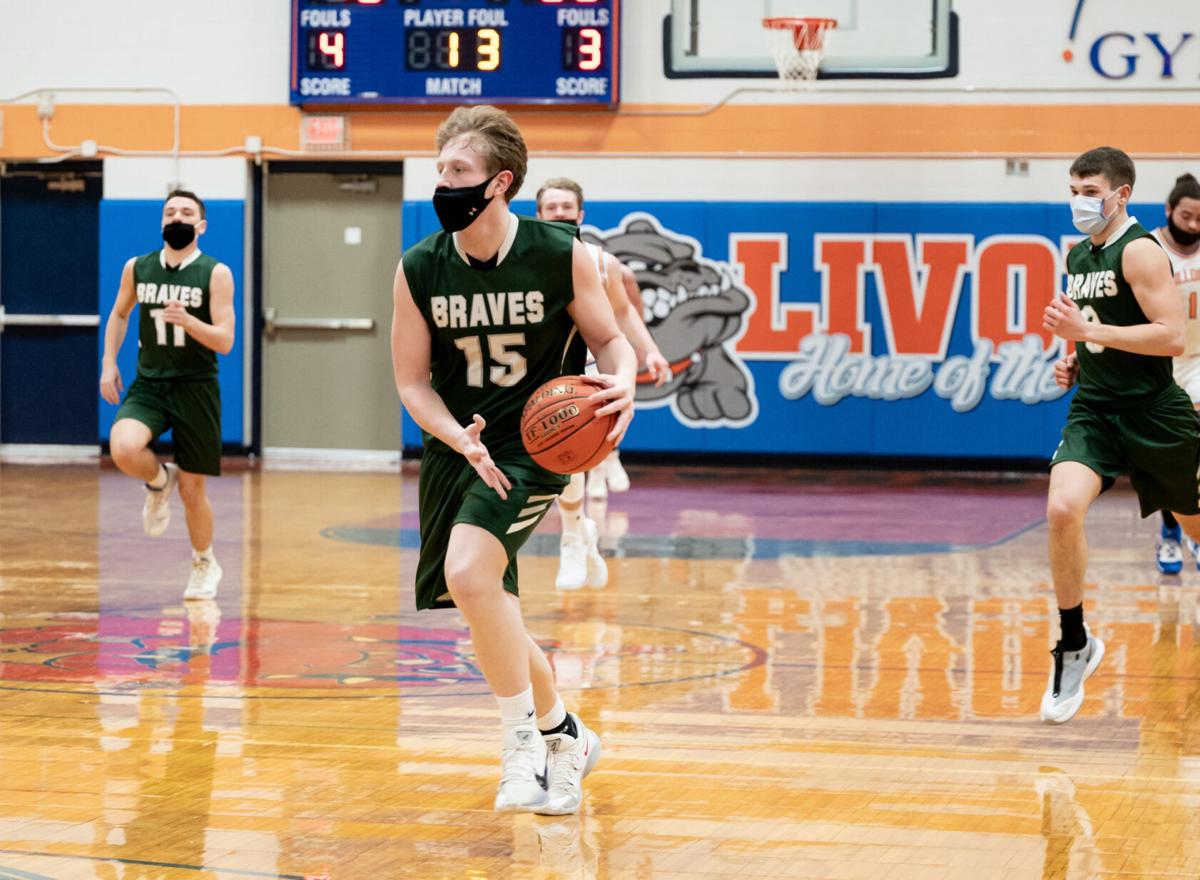 Photo by Lindsey Meys Avon's Zach Colvin drives the ball up the court during Saturday's game against Livonia.

Photo by Lindsey Meys Avon's Zach Colvin drives the ball up the court during Saturday's game against Livonia.

LIVONIA — The most effective way to stop the best post player on the floor is to simply put him on the bench.

That’s exactly what happened Saturday when Avon junior Zach Colvin, Avon’s top scorer and rebounder, picked up three fouls in the first period and was forced to the bench during Livonia’s 67-56 LCAA crossover victory at the Tom Downey Gymnasium in Livonia.

Colvin picked up two early fouls, both ticky tack ay best, and then went to the bench before returning and picking up his third foul late in the first.

He sat the entire second period.

Colvin still managed 14 points but spent most of the game on the bench in foul trouble.

Livonia’s Shawn Minnehan had a spectacular game for the Bulldogs as he finished with a game-high 17 points while Troy Galbraith had a big game as well with 14 points.

Livonia led 36-31 at the half as the Braves stayed close as Avon senior Jaden Courtemanche drilled a couple of three’s with Michael Rowland also shooting the ball well for the Braves.

Rowland finished the game with 17 points.

Livonia would build a 54-43 lead after three.

“I was very pleased with our effort this afternoon,” Livonia coach Matt Young said. “Avon is a very good team and we had some guys step up today and make some keys baskets and defensive stops.”

Livonia improved to 5-0 on the season while Avon fell to 3-1.

Wright scored on a right-handed lay up with 3:18 left in the second quarter to hit 1,000 points.

Impressively he was 13-of-13 from the floor and 6-of-6 from behind the arc to finish with 33 points. He also had six rebounds and five assists.

Luke Kingston added his first career double-double for Geneseo, who led 16-2 after one and 45-21 at the half.

“I am happy with the direction we are moving and the way we responded to a tough loss on Thursday,” Geneseo coach Charlie Passarell said. “Every guy on the team contributed tonight in a meaningful way, which was great to see.”

As for Wright’s milestone moment, Passarell was excited to see his transformation into the go-to player he is today.

“His work ethic and ability to transform his game from his eighth-grade year on JV to now is incredible,” Passarell said. “No matter how easy he makes it look, scoring 1,000 points is no normal feat, and I could not be prouder of the player and person Adam has grown into in the past five years. How he did it tonight says a lot about how far he’s come as a player as he let the game come to him, found his teammates at the right times, and focused on making the right play the entire game. He and the rest of the guys on this team have been an absolute pleasure to coach.”

Unbeaten Cal-Mum (5-0) jumped out to a 53-24 halftime lead as they coasted to the LCAA D-III victory Saturday.

Nathan Howard came close to his first ever double-double with nine points and 10 rebounds.

Visiting Le Roy led 20-19 at the half before going on a 22-8 run in the third period as the Knights took home the LCAA D-I win Saturday.

Dansville was led by Drew Morrow with 13 points and 10 rebounds while Jonah Gray tallied 11 points with three steals.

Tyler Harris grabbed six rebounds and made four steals for the Mustangs.

York jumped out to a 21-9 first period lead and never looked back.

“We started off a little slow, and Pavilion is a very physical team,” York coach Eddie Orman Jr. said. “Luckily we were able to get on a little run and get an important win.”

Warsaw got a big game from Austin Williams who scored a game-high 21 points as the Tigers picked up their first victory of the season Saturday.

Also for Warsaw (1-3), Eddie Stores had 11 points while Jesse Ebersole finished with 10 points.

Matthew Auble had a solid all-around game with nine points and nine rebounds.

Letchworth (2-2) was led by Lucas Hansen with 15 points while Tucker Owens chipped in 10 points.

Way-Co had their perimeter shooting clicking as the Golden Eagles hit 10 three-pointers during their LCAA D-II victory over Perry Saturday.

Both Mead and Schwab connected on three 3-pointers.

“We got off to a hot start shooting in the first quarter then cooled off a little in the second,” Way-Co coach Jake Kenney said. “Our guys really pushed the pace well early on and were able to get open looks from it. I thought we moved the ball better this game than we have in previous games and it felt good for our guys to get their first win under their belt. Grover had a great game for Perry, we focused on him defensively and he still put up great numbers.”