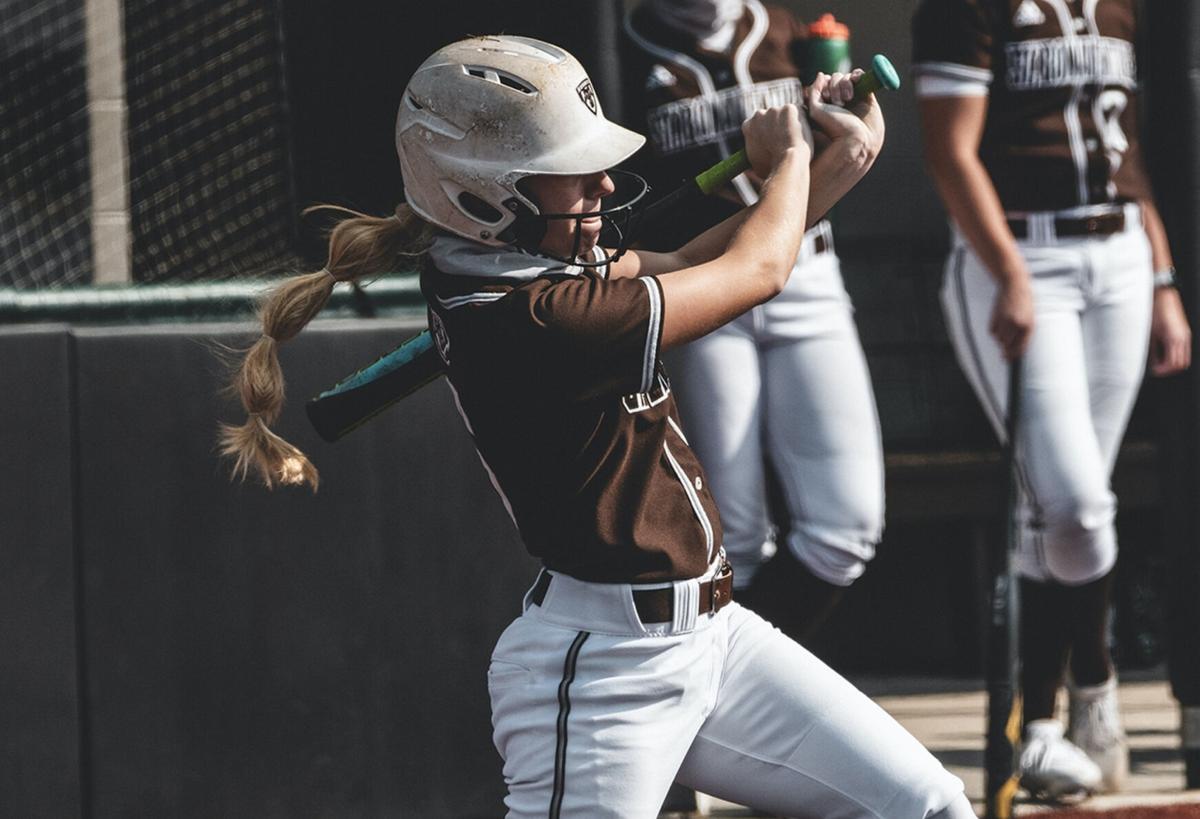 St. Bonaventure AthleticsCal-Mum graduate Grace Walker was recently honored as the Atlantic 10 Conference’s Rookie of the Week. INSET: A beloved figure within the Cal-Mum community, Tim Anderson passed away recently. 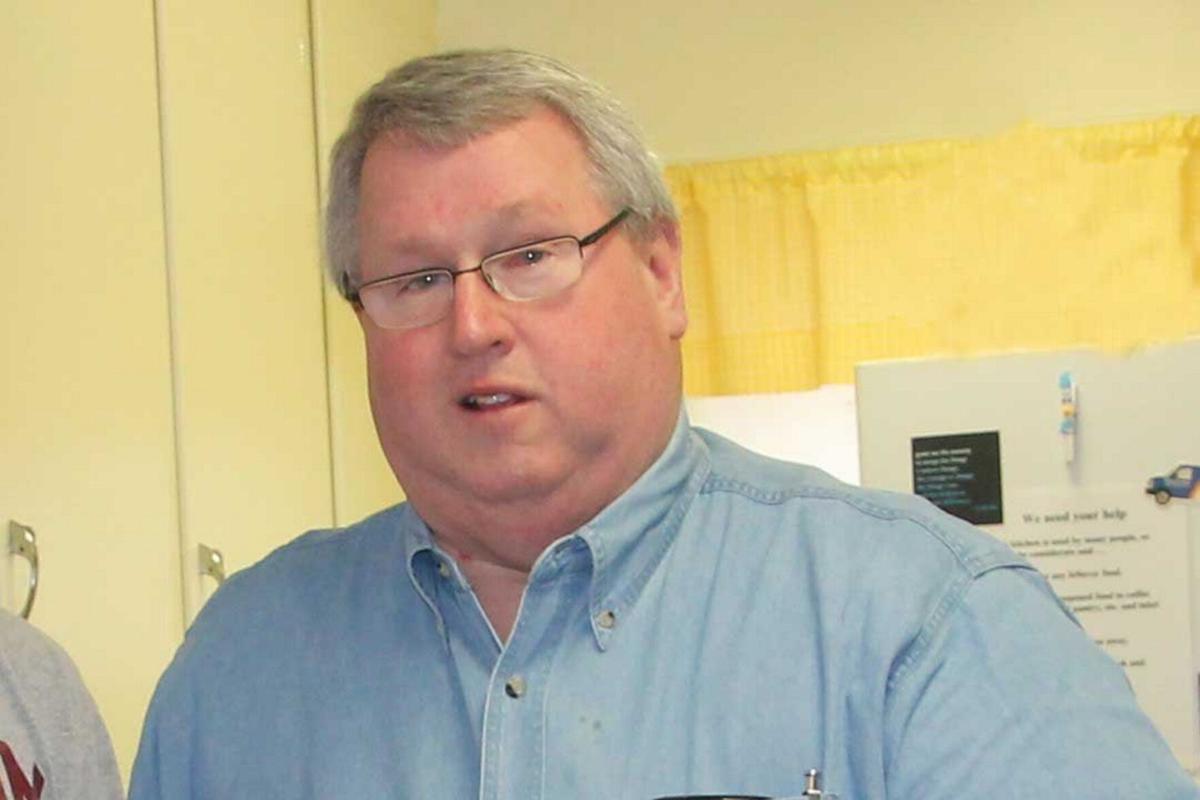 Provided | A beloved figure within the Cal-Mum community, Tim Anderson passed away recently.

St. Bonaventure AthleticsCal-Mum graduate Grace Walker was recently honored as the Atlantic 10 Conference’s Rookie of the Week. INSET: A beloved figure within the Cal-Mum community, Tim Anderson passed away recently.

Provided | A beloved figure within the Cal-Mum community, Tim Anderson passed away recently.

ALLEGANY — This past week, the Cal-Mum community lost a beloved figure, Tim Anderson.

Along with Mr. Anderson’s family and many close friends, 2020 C-M graduate Grace Walker felt the impact of the loss of a man who had given so much to the school and its students throughout his many years as a board member and supporter of Raiders’ athletics.

For Walker, Anderson represented all of those who had been there along her journey toward becoming a Division I softball player for St. Bonaventure University, where she was recently named the Atlantic 10 Conference’s Rookie of the Week.

The ROW honor wasn’t taken lightly by Walker, as she wasn’t expecting to receive such recognition this early in her career. While basking in what she accomplished after a week when she slashed .714/.833/1.132 for the Bonnies, she couldn’t help but think how nice it was that she was able to send home a bit of good news during such a difficult time. She also began to thank each individual who helped her reach this point of her career. Tim Anderson stood out amongst the many.

“Mr. Anderson was a huge part of Cal-Mum softball,” said Walker, unprompted. “He brought so much knowledge to me about the game and helped me get to Bonaventure, really. He helped me get through the college recruiting process and everything. So it felt really good, especially this week, to be able to show Cal-Mum, like, guys, we can do it.”

Anderson’s daughter, Hannah, is a Cal-Mum graduate who played collegiately at Ithaca College, and his son, Michael, coaches varsity softball and JV basketball for Oakfield-Alabama. Anderson’s experience of helping his daughter get recruited was something he provided for Walker when it came time for her to field offers from colleges and universities.

“He did stats for football and basketball, was very supportive of the softball program, a member of the board of education, and in general a huge face of the community,” Walker added. “He was loved immensely throughout Livingston County.”

Walker’s time spent in Caledonia is something for which she will be forever grateful. The former Raider believes coming across such great role models during her athletic journey, such as Mr. Anderson, Cal-Mum softball coach Dan Dickens, and her father, former Cal-Mum baseball coach Todd Walker, has helped her achieve the goals she set for herself as a young athlete.

“I believe a lot of my success has come from good coaching from the start,” said the St. Bonaventure freshman. “I was able to work a lot in the offseason and I played a lot of travel ball to get prepared for college softball. I also have great coaches and great teammates here who help me strive to be the best.”

The former Raiders’ standout also views her time spent playing within one of the top small-school conferences in the NYSPHSAA, the Livingston Conference, as a big help when preparing to make the jump to the Division I level. She believes that her decision to play travel softball aided her transition to the highest level of collegiate athletics as well.

“Cal-Mum softball is why I am who I am today, and it was a gigantic reason why I was able to play at this level and not struggle,” said Walker, who has accumulated a .571 average with four doubles and three RBI through seven games played for the Bonnies. “Travel softball also helped me a lot because the level of play goes from high school, to travel, to college. Travel is a nice medium, and that’s where I learned a lot of (the skills needed at the collegiate level).”

With that said, Walker still had to make quite the leap when hitting the field with the SBU for the first time.

“Travel softball and playing for Cal-Mum have always kept me super competitive,” she said. “But coming into Bonaventure in the fall, it was a whole different story. It’s kind of a culture shock. Like, you get there, and everybody is so fast, and you feel like you’re a little bit behind. But eventually, you start climbing and get used to it.”

Walker recalled the moment where she discovered what she was in for at the collegiate level.

“It was my first time on base. Obviously, the pitching’s fast, and you have to field the ball fast, but running is completely different,” she said. “Because the catchers throw hard — like you have to be at your top speed. That’s when I really realized how fast it was.”

Getting her feet under her at the D-I level has been a laborious process for Walker. But now that she’s found success, she’s hoping her rapid rise to prominence can help carry her forward to even greater achievements in the future.

“On the teams that I’ve played with, we’ve always talked about just confidence brings success or just success brings confidence,” Walker said. “So this is kind of a big example of that. With success, I have confidence now, and with that confidence, I hope to keep building my abilities and always give my 1/9th for my team.”

It’s been a tough week for the Cal-Mum community, but a bit of good news has been provided, as one of their own, former Raider Grace Walker, is doing big things at the collegiate level.

Tim Anderson won’t quickly be forgotten by Walker, or the rest of the entire C-M family. His impact continues to be felt every day by those still wearing the ‘Maroon and White’ and by those who have moved on to bigger and better things.