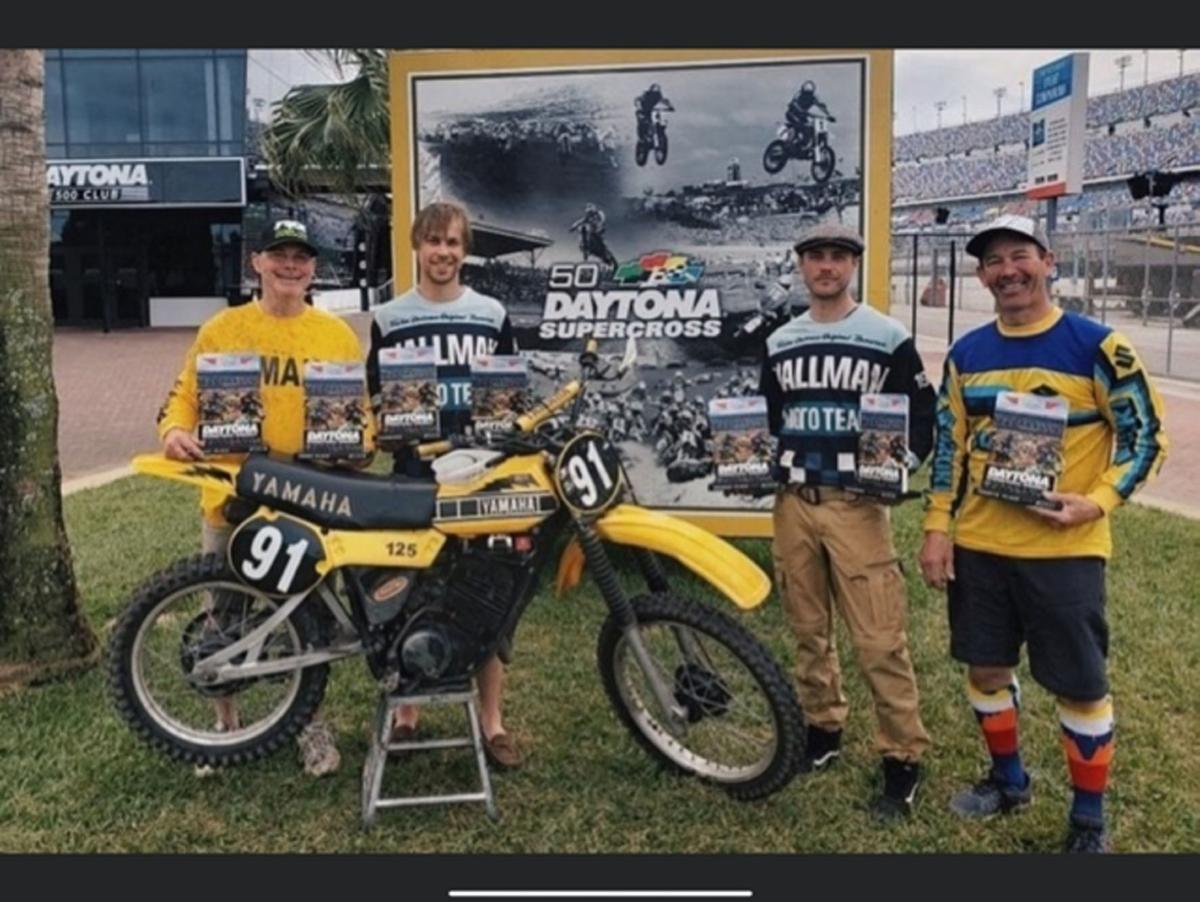 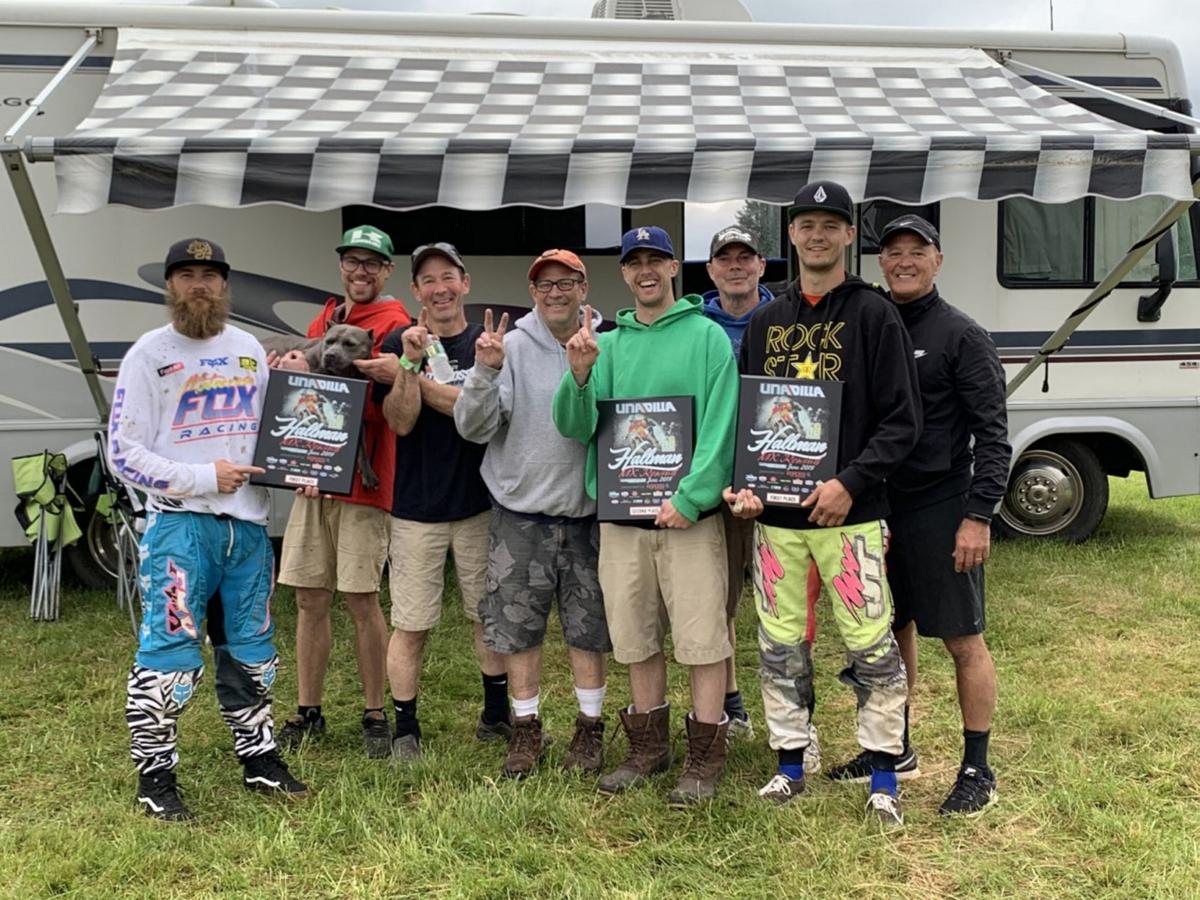 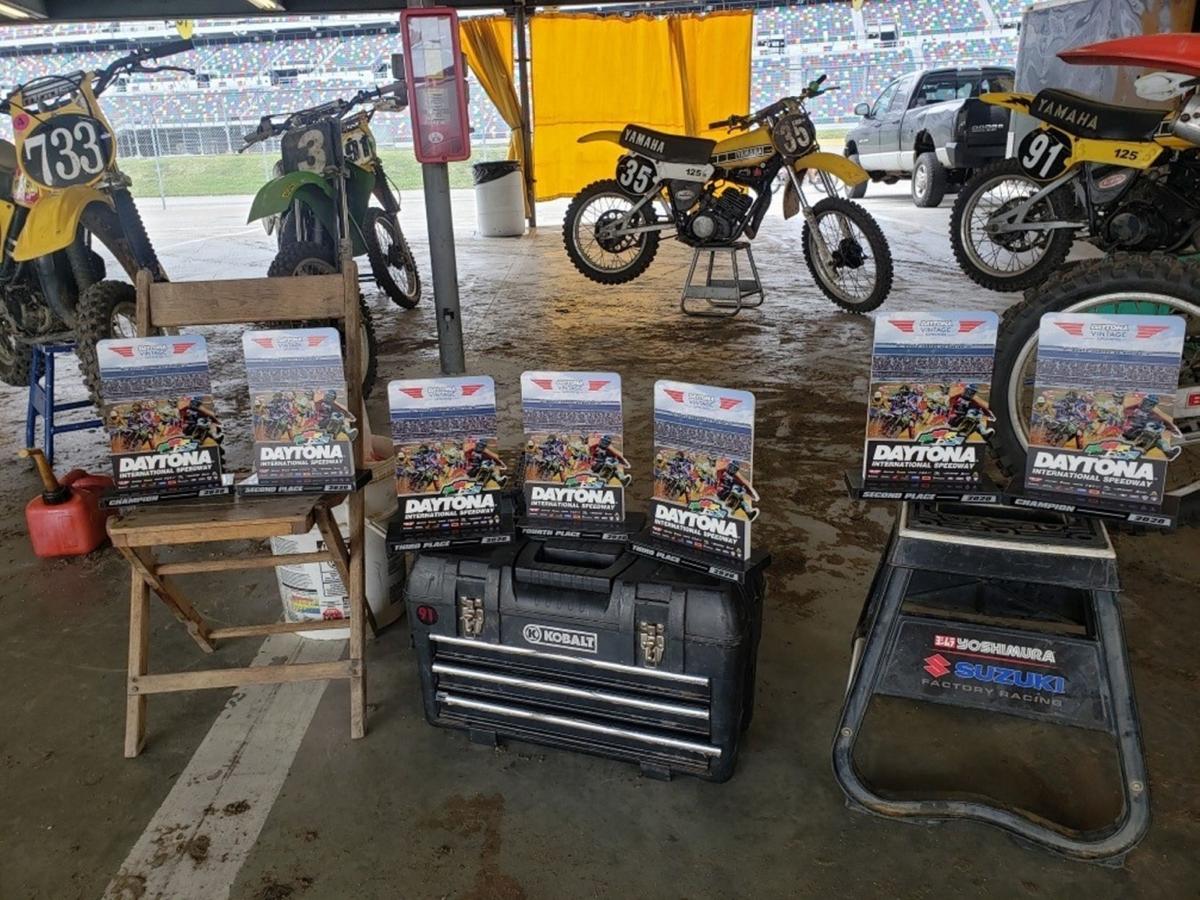 Provided The Carman family during their recent trip to Daytona Beach. 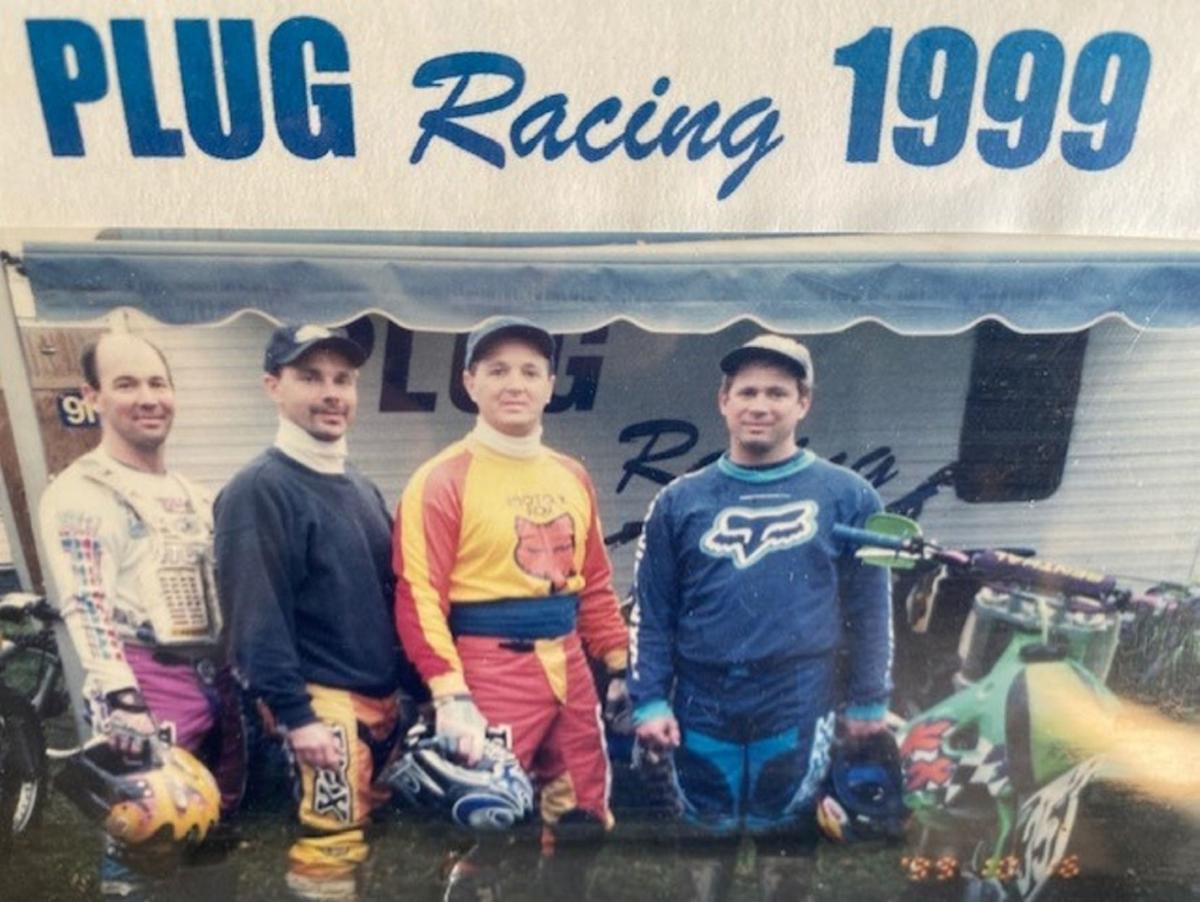 Provided The Carman family during their recent trip to Daytona Beach.

GENESEO — As the 50th anniversary of the historic Daytona Supercross race was approaching, with the addition of Vintage Racing, the Carman boys knew they must be a part of the show.

Going back to the days of ‘Plug Racing,’ some 45 years ago, the Carman boys have been part of the Vintage racing circuit since the 1970’s.

The four sons of Butch and Judy Carman were once described as tough as nails and if you messed with one, you better look for the others because they weren’t far behind.

“Us Carman brothers could fist fight with the best of them,” Danny said, adding, “My parents took us everywhere riding bikes, all over. We didn’t have the best of everything but we sure had a lot of grit. We rode motorcycles all day, every day.”

That grit led Danny, Theo and Chachi all on to sectional wrestling championships during the winter when they weren’t riding bikes.

Fast forward 40-plus years and those four brothers are still riding their motorcycles.

And now they have their sons riding with them.

Plug, now 60, has son Jamie riding with him. Jamie is a senior at Wayland-Cohocton, who recently played in the sectional basketball finals with his Golden Eagles.

Danny, 59, has two sons — Shane and Tyler — both graduates of Geneseo, where Danny graduated from in 1979.

Tyler, now the wrestling coach and teacher at Wellsville, is an avid rider as well.

All three of Theo’s (58) sons also ride including Steffen, Colin, and Kyle, also graduates of Way-Co.

Recently, Chachi, 57, and Theo took Theo’s sons to Daytona Beach, FL., for the annual Daytona Supercross Vintage race, one of the nation’s most popular races.

Vintage classes include bikes that are older than 1999 including mostly Yamaha, Honda, and Kawasaki.

The Carman clan grew up with four YZ 1978 125 Yamaha bikes so ‘Vintage’ is nothing new to them.

In all, the family currently has over 20 Vintage bikes.

Although all the Carman racers would not be able to attend, the family assembled four riders to travel to the Sunshine State to try to conquer the historically long, rough,rutted, sandy and challenging Supercross track.

Theo and his sons made the drive in their motorhome towing an enclosed trailer (provided by Danny’s Flooring) loaded with the race bikes and all of their equipment while Chachi flew in with our trusty mechanic, Jason (J-Bob) Frazier.

They were all ready for battle, entering two-race classes apiece.

Theo started the day off racing first in a 125cc class having to start all the way in the back following a first turn crash, but was able to charge through the pack to salvage a solid fifth-place finish.

In his 250cc race, Theo had issues causing him to miss the moto which for his standards was not a great start to the day.

With better starts in his 125cc and 250cc second motos, he was able to win both races, earning him third place podium finishes in both of his classes.

Chachi’s first race found him in the lead after he whole shotted on his 1978 Suzuki, RM 125cc bike. He fell back to second before breaking his chain and ending his first race. Thankfully, J-Bob was on the scene making sure the bike was ready for the second moto. In his 250cc class, Chachi had a poor start and battled up to a respectable finish. In his second 125cc moto, he got the whole shot again and led the race until last year’s champion and nephew Colin passed him to put him in third place and giving him an overall fourth place trophy for his class.

Steffen, riding a 1986 Kawasaki 125cc (borrowed from his brother Kyle) competed in a 125cc class and an ‘Open’ cc class.

With combined classes on the starting line in both of his races, there were 30-plus riders. With poor starts in both his 125cc and open cc classes, Steffen had to push hard and make the necessary passes which earned him a championship first place in the 125cc class and a strong second place overall in the Open cc class.

One of the highlights of the week came in Colin’s 125cc race as he was riding his 1978 Yamaha YZ 125cc as he was up against the reigning champ who rode a mint Works 79 RM 125cc.

Plagued by a poor start, Colin battled through the pack into second place pressuring the leader. This forced the leader to make a mistake allowing Colin to make the pass on the last lap, giving him a first place finish in that moto.

The second moto was a carbon copy, battling up to second, applying pressure, only this time thew leader didn’t make a mistake. Colin had to put down a flawless last lap to close the gap and with a last turn pass, he was able to edge out last year’s champ for the win and overall championship in the class.

Colin also road his 1978 RM Suzuki 250cc in the 250cc class. With a poor start again, he was able to battle through the pack to earn second place overall in the class.

In the eight classes the Carman’s entered, they brought home two championships, two, second-place finishes, two third-place finishes and a fourth, a highly successful road trip to say the least.

“The trip, the racing and the experience will always be remembered and cherished,” Colin said. “All the hard work and effort paid off and the week could not have gone any better.”

The Carman family would like to give a huge ‘Thank you’ to the people and sponsors who helped make the trip possible including LMS Industrial Contractors, Emily Schnieder @ Black Dog Royalties, Sick Bros MX, Danny’s Flooring and the whole Carman family.