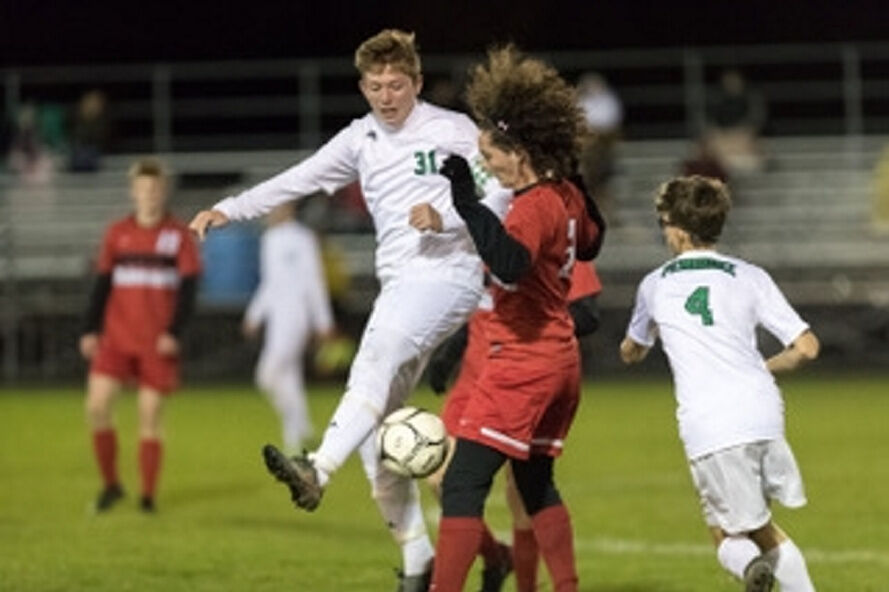 File PhotoThe fall high school sports season has been pushed back to September 21 but whether that will happen for sports like soccer and football is questionable at best. 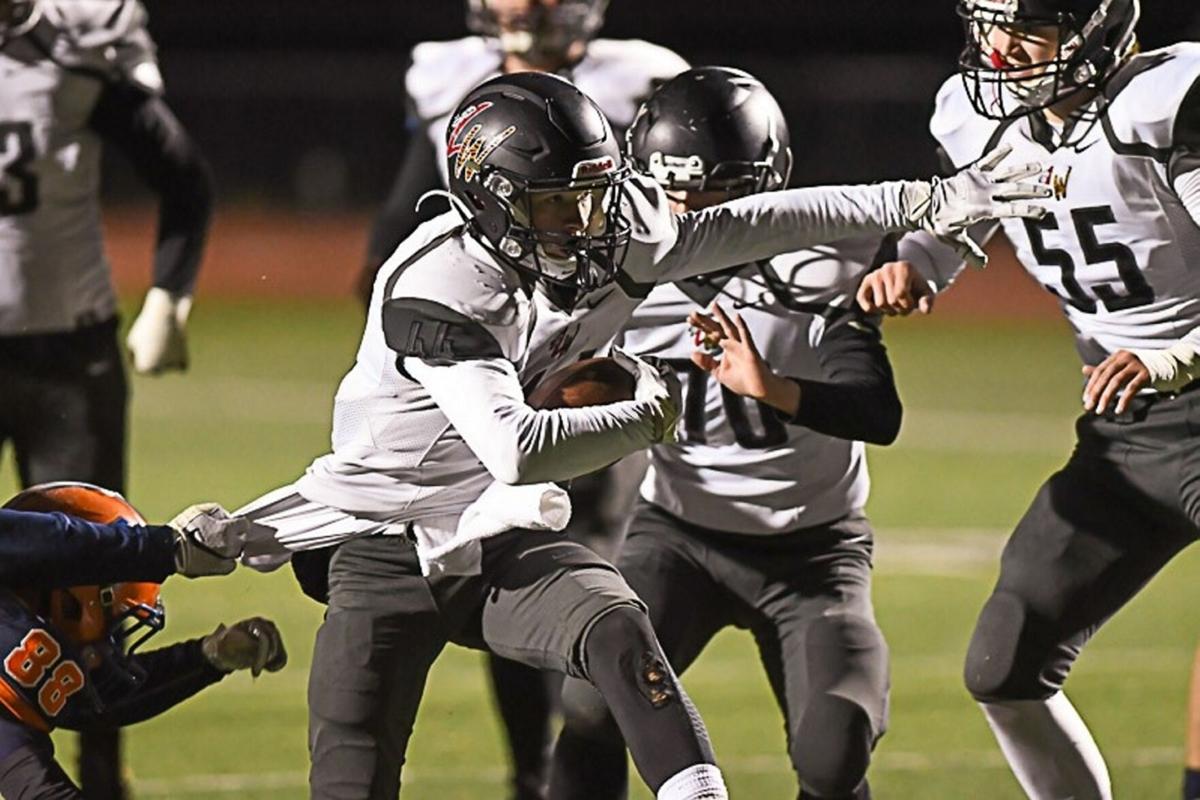 File PhotoMost state officials feel like football will not happen this fall but instead will start the first week of March in the second session. 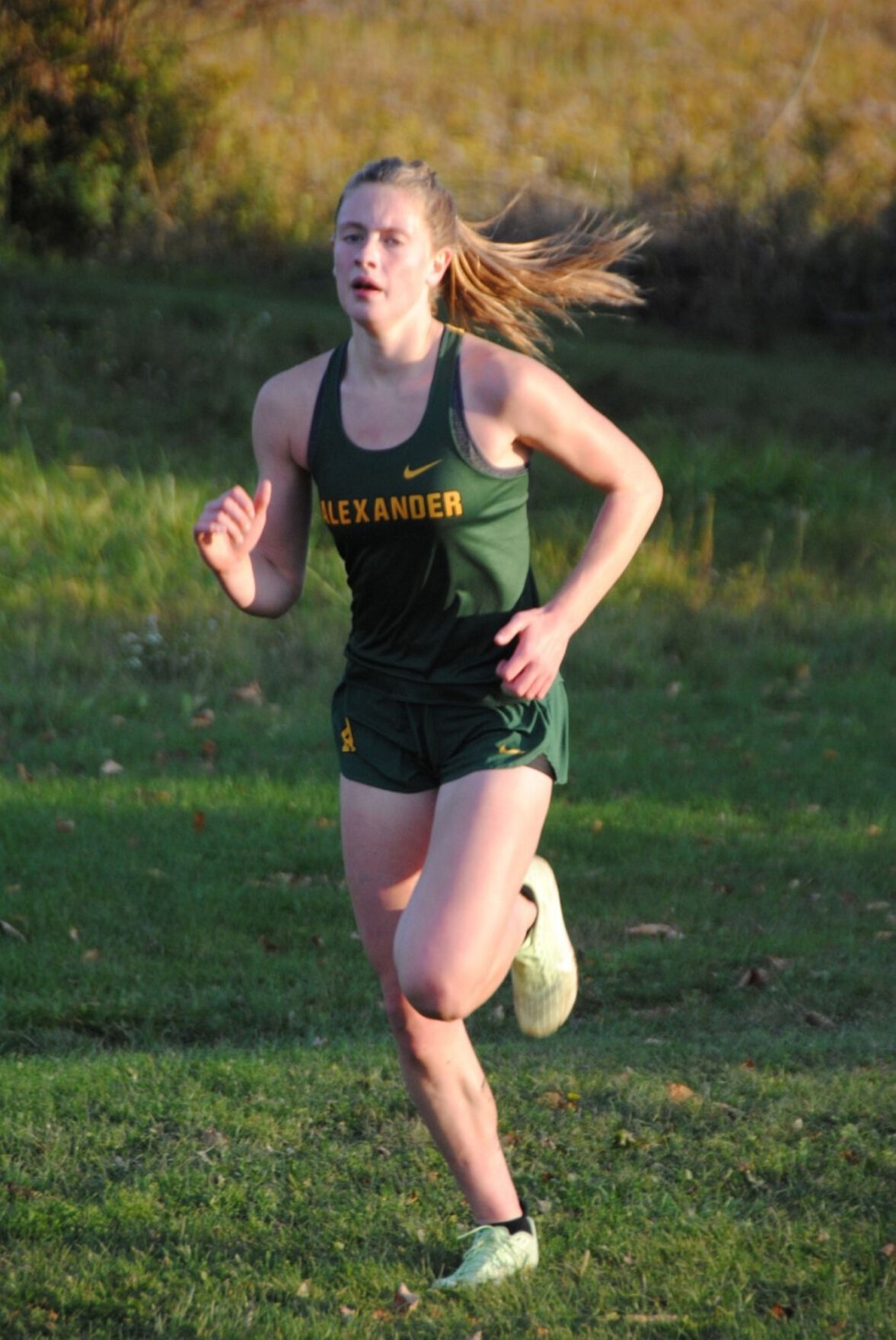 File PhotoGiven the guidelines, it is very possible if the positive cases stay low, a sport like cross-country could get the go-ahead to start September 21. 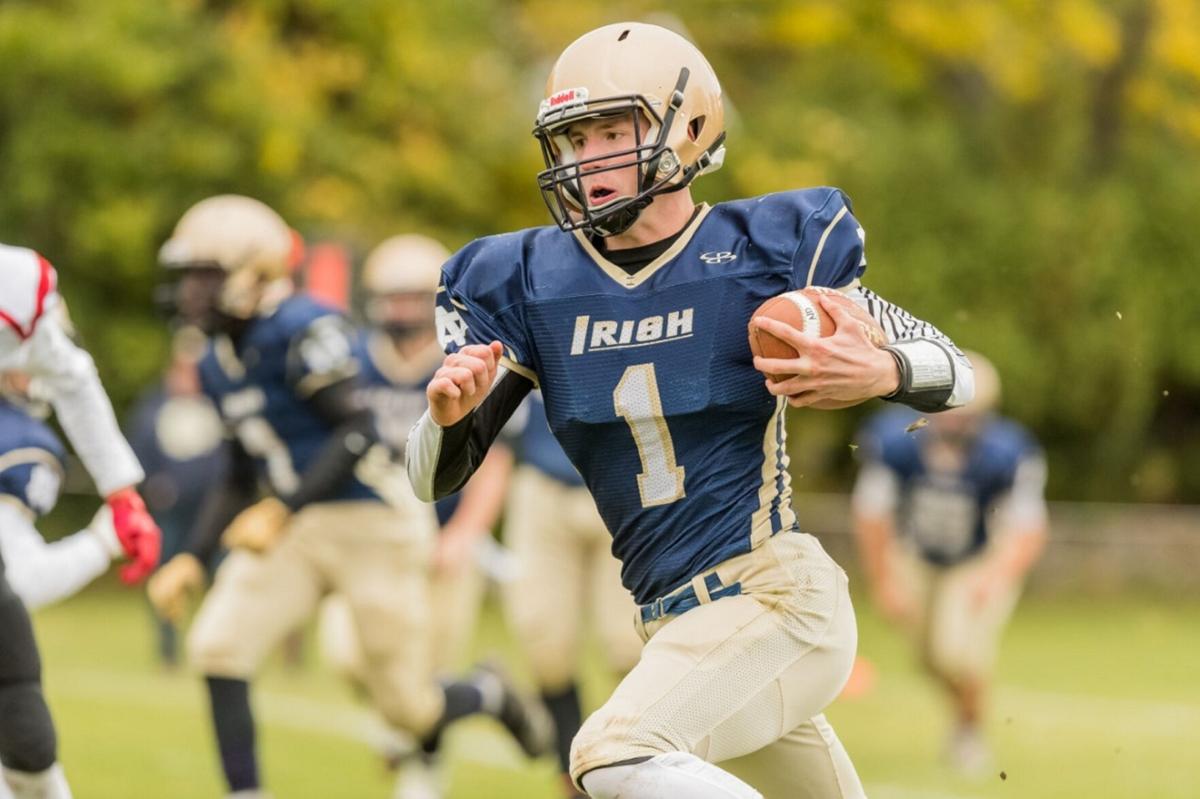 File Photo Defending sectional champion Notre Dame might have to wait until early March to open their season.

File PhotoThe fall high school sports season has been pushed back to September 21 but whether that will happen for sports like soccer and football is questionable at best.

File PhotoMost state officials feel like football will not happen this fall but instead will start the first week of March in the second session.

File PhotoGiven the guidelines, it is very possible if the positive cases stay low, a sport like cross-country could get the go-ahead to start September 21.

File Photo Defending sectional champion Notre Dame might have to wait until early March to open their season.

LATHAM — On Thursday the New York State Public High School Athletic Association, as recommended by its COVID-19 Task Force, chose to postpone or delay the start of the 2020 fall sports season until September 21, while also canceling all Regional and State Tournaments for the season in the hopes of preserving any semblance of athletics in the fall.

The NYSPHSAA also outlined a possible condensed, 10-week, three-season model that would begin in January 2021 if the 2020 fall season is not able to be played.

In a lengthy Zoom conference with journalists all over New York State, Dr. Robert Zayas, NYSPHSAA Executive Director, went into more detail as to how the association is planning to try and combat the coronavirus pandemic when it comes to interscholastic sports.

“We need to wait on our state officials to be able to permit interscholastic athletics. Once that is done then we’re obviously waiting for schools to reopen and waiting to determine whether it be remote, hybrid or in-person education that they will be able to offer,” Zayas said. “There is really no way to give a definitive timeline on when the decision would be made to moving to the three, 10-week seasons in January because things are so unpredictable right now. If we’ve learned anything over the course of the last four or five months is try not to predict what’s going to happen next week or next month. We have to examine readily available information and then make decisions based upon that.”

Athletic directors from the area and all over the state have had a day to try and grapple with the NYSPHSAA’s decision to delay the start of fall sports, while outlining the condensed season plan for next year.

“I firmly believe that if schools open we will play sports, but that’s the only way,” Byron-Bergen AD Rich Hannan said. “After talking to (Section V Executive Director) Kathy Hoyt last night, I believe in what they did and I agree with their decision.”

If there is, in fact, no fall season in 2020, one major issue has arisen with the state’s three-season condensed plan. Because of New York State weather and the likelihood of poor field conditions, outdoor sports could realistically not start any earlier than March 1 and would need to end by the middle of June.

With these 10-week sessions, this would mean that Season II (which would be the fall sports) would not end until May 8, with Season III (the spring sports) beginning on April 5, which would thus create a nearly five-week overlap, thus likely forcing many athletes to chose one sport or the other.

Though the state has no rules against playing two sports at the same time; however certain schools or sections may have those rules in place.

“It’s certainly not a good situation. I’ve already been seeing things on social media and that seems to be the biggest criticism of what could be a condensed, three-season format,” Zayas said. “But my main goal as the executive director is to give the opportunity to participate for every student-athlete in every sport. Will choices have to be made? Unfortunately that’s probably going to take place. But I think that’s a much better alternative than having students have to be told, as we had to do in March, that their season was completely canceled. It’s my goal to preserve every sports season for every student-athlete in the state of New York if we’re given the ability to do so by state officials.”

For Oakfield-Alabama athletic director Jeff Schlagenhauf, it’s all about trying to stay positive during these difficult times.

“I am staying optimistic. Opening school is the priority and trying to do that (athletics) and start school at the same time could be tricky, that’s what I was told by the NYS powers,” Schlagenhauf said. “Cross country, volleyball and soccer should actually be good.”

That is one of the aspects of this plan that Zayas discussed during the meeting with reporters. With this September 21 date set in place, there is nothing saying that some sports — i.e. cross country — could take place, while others like football could be moved to the condensed, 10-week format.

“If we were to be given the green light for low risk, non-contact sports in the fall could we potentially have cross country, tennis and girls swimming but not be able to host soccer, field hockey, football and volleyball?,” Zayas said. “That’s a likely scenario that could happen and if that did that would be the catalyst for going to the condensed season model to preserve those four fall sports that would not be able to played at this time. I think we could see a situation where we have a few low-risk sports in the fall but still utilize the condensed season model to be able to provide those participation opportunities for those fall sport athletes.”

York athletic director Eddie Orman Jr. certainly had his own take on the whole situation and what is going to happen going forward.

In reality, no one really knows what’s going to happen.

“I’m not sure, I’m certainly not rushing around to plan anything,” Orman Jr. said. “People’s individual views are all over the place on this disease. Honestly, I have no idea what is going to happen. We will adjust and plan to give our athletes the most opportunities when we get the word.”

One of the other major sticking points to the state’s decision to postpone the fall sports season has been youth sports. Whereas youth baseball, softball and even lacrosse have started to go on as virtually normal.

The question is being asked why that is OK, but not high school sports where the coaches, trainers and athletic directors are likely more equipped and educated to handle such a situation.

“That’s certainly nothing that our association is determining,” Zayas said. “We have been provided guidance from the Department of Health and we’re on hold right now. What state officials are deciding to do for youth sports or other club programs, whether it be Little League or AAU, that is completely up to those state officials that are making those decisions.”

Zayas did go on to say that while there will be no practices allowed, certain camps will be permitted.

Either way, whether the decisions are agreed with or not, Pembroke AD Ryan Winchip knows that these decisions that are being made are not being done lightly.

“As the school’s athletic director, the decision made by NYSPHSAA and the COVID-19 task force to delay the fall sports season until September 21 is one of many difficult decisions that has been handed down as of late,” Winchip said. “All school districts, their stakeholders and their communities are longing for something positive but I guess will have to wait a little longer.

“In this situation the silver lining is the season has not yet been cancelled and we still hold out hope that a shortened fall 2020 season can occur,” Winchip added. “I think there is definitely a possibility of having all our athletic seasons as long as the statistics continue to trend in the right direction. For now, we just remain positive and hope for the very best.”

Zayas, who has admitted to losing sleep lately while trying to comprehend this pandemic and trying to make it work for high school athletics, definitely doesn’t have an easy task.

Almost certainly, regardless of what decision the NYSPHSAA makes there are going to be people that are unhappy.

“We have 198,000 student-athletes that participate in fall sports and we have 562,000 athletes that participate annually for member schools that our association works on behalf of,” Zayas said. “We’re talking about decisions that are impacting over half a million students and we take those decisions very seriously. And we realize that if there’s going to be an impact we better have a plan in order to provide participation opportunities for student-athletes if given the opportunity to present those and have seasons in the upcoming school year.”