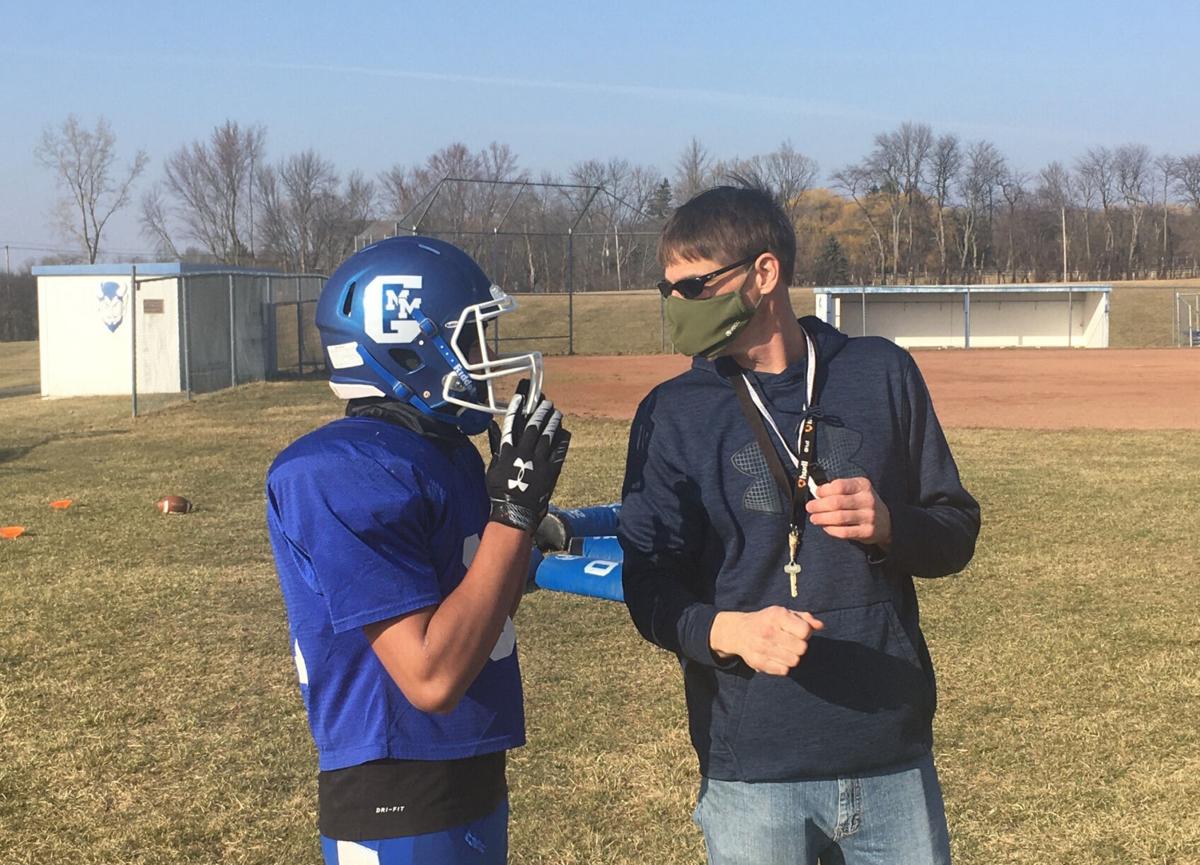 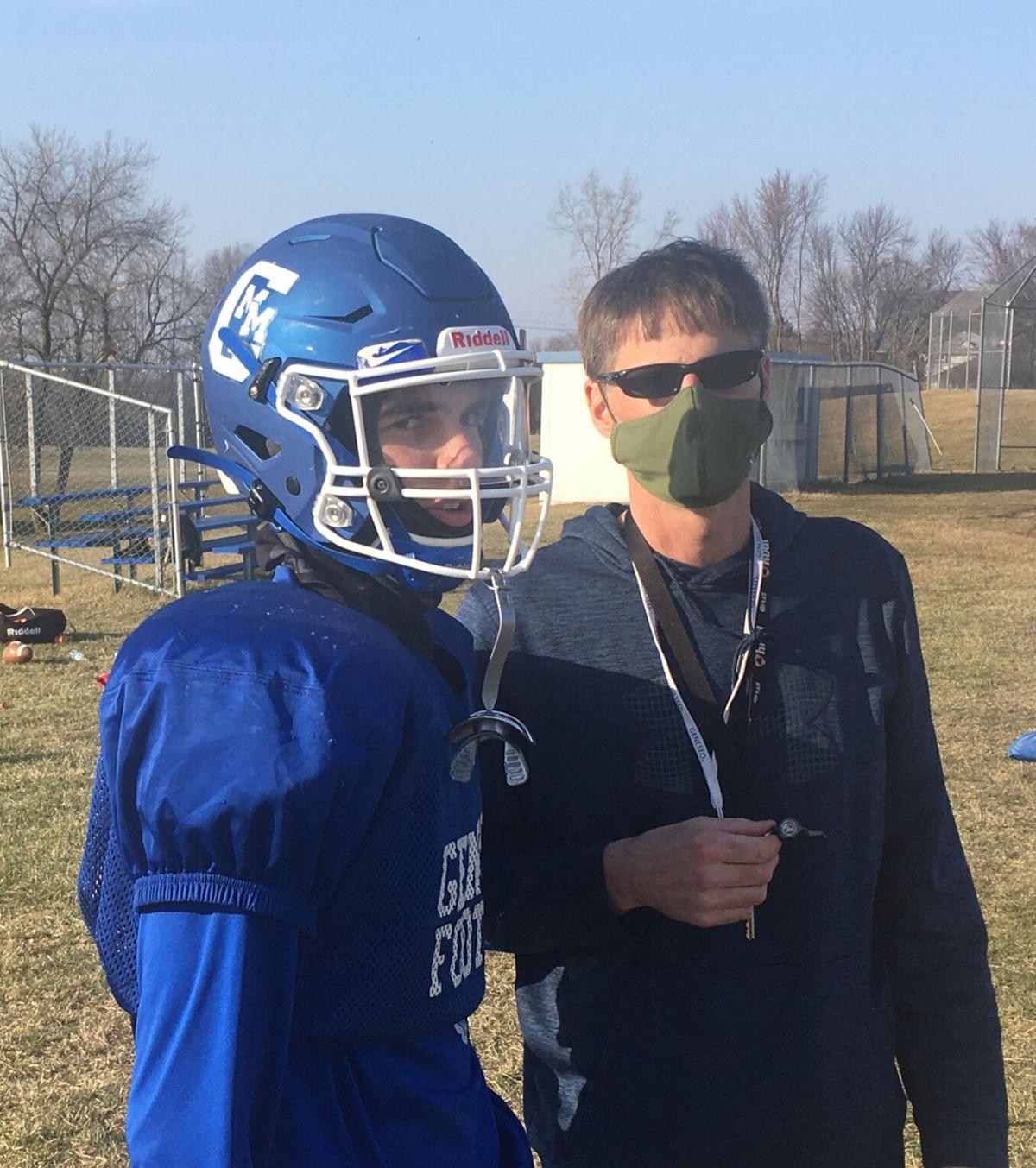 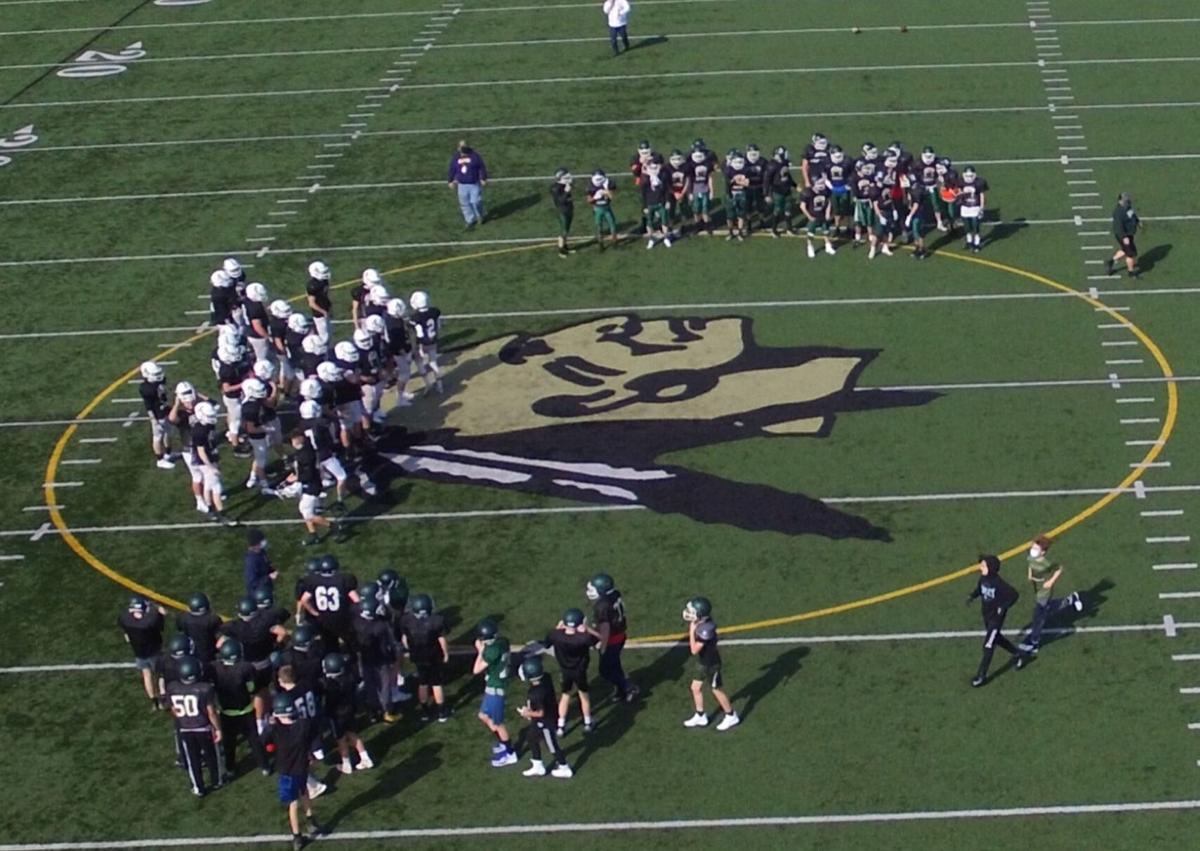 Provided An aerial shot at Wednesday’s practice on all three of the Braves’ football program including varsity, JV and modified.

Provided An aerial shot at Wednesday’s practice on all three of the Braves’ football program including varsity, JV and modified.

GENESEO — While many small schools continue to struggle with their 7-12 football numbers, Kory Wright and the Geneseo/Mt. Morris football program continue to thrive, providing yet another season with three levels of football — varsity, JV and modified.

During this inaugural Fall-II season, a six-week regular season that was delayed back in August until the first week of March, Geneseo/MM is one of several programs providing opportunities for three levels of play for their program.

Board of Education (BED numbers) are listed for all schools in NYS and throughout Section V.

The BED numbers come from grades 9-11 the previous year.

Bolivar-Richburg AD Dustin Allen says his Wolverines have 76 players competing in varsity, JV and modified, incredible numbers given his smallest enrollment in the LCAA/GR.

Wright says Geneseo/MM is getting a spark from their soccer program this season with a few kids crossing over.

He also is getting just two kids from Mount Morris for varsity but six on the JV team.

Wright knows how important three levels is for his program.

“Fielding three levels of football benefits the program by providing more practice reps and game experience for more players,” coach Wright said. “If you take a sophomore who plays JV and hardly comes off the field it’s a good learning experience for them. Without a JV program that same player might get buried on the depth chart at the varsity level and possibly lose interest in playing. Having three levels keeps kids playing against opponents that are closer in age and development.”

“Three levels of football is always our goal but sometimes the sign up and show up are two different things,” he said. “Avon is very lucky because we have all three levels this year including modified, JV and varsity. Our numbers are good and it’s great to see some new faces on the teams. It’s great for the competition too.”

Head coach Brian Herdlein is excited that Le Roy, without needing any merges with other outside districts, continues to put out excellent numbers for all three of his programs.

“Being able to have three levels of football is a big pride point for our program,” coach Herdlein said. “It’s been a good surprise this year that our numbers at each level have increased. We are getting athletes that in other years would be participating in other sports during the fall season. As of today we are currently rostering 26 on varsity and just over 30 for the JV and modified programs. Having this many kids interested each year really says a lot about the tradition of football in LeRoy. It also speaks to the great job that our youth program does to get these players involved and interested at a young age. Hopefully we can continue with these types of numbers because the more levels we have, the more opportunity there is for these players to develop each year.”

LetSaw, a combination of Letchworth and Warsaw players, and defending Class C champions, is coached by Justin Mann, and he feels that providing three levels for his program is a huge advantage from a technique and fundamentals standpoint, and team bonding as well.

“I think it is vital to have three levels to a football program,” coach Mann said. “Providing three levels gives players time to not only develope proper technique, learn the system, but also gives them the opportunity to bond and build relationships together with other players that have a similar skill set and maturity.”

Despite their enrollment dropping, Livonia, the defending Class B champions, are moving down to Class C this season, has over 90 kids on their three rosters, including nearly 45 players on the modified level. The Bulldogs will have 23 on varsity and 28 on JV when they open their season.

Alexander fields both a varsity and JV team but since that community offers youth football they don’t field a modified squad.

The Trojans, coached by Tim Sawyer, will have 21 varsity and 20 JV kids for their opener.

How Many 7-12 Players on Current Rosters