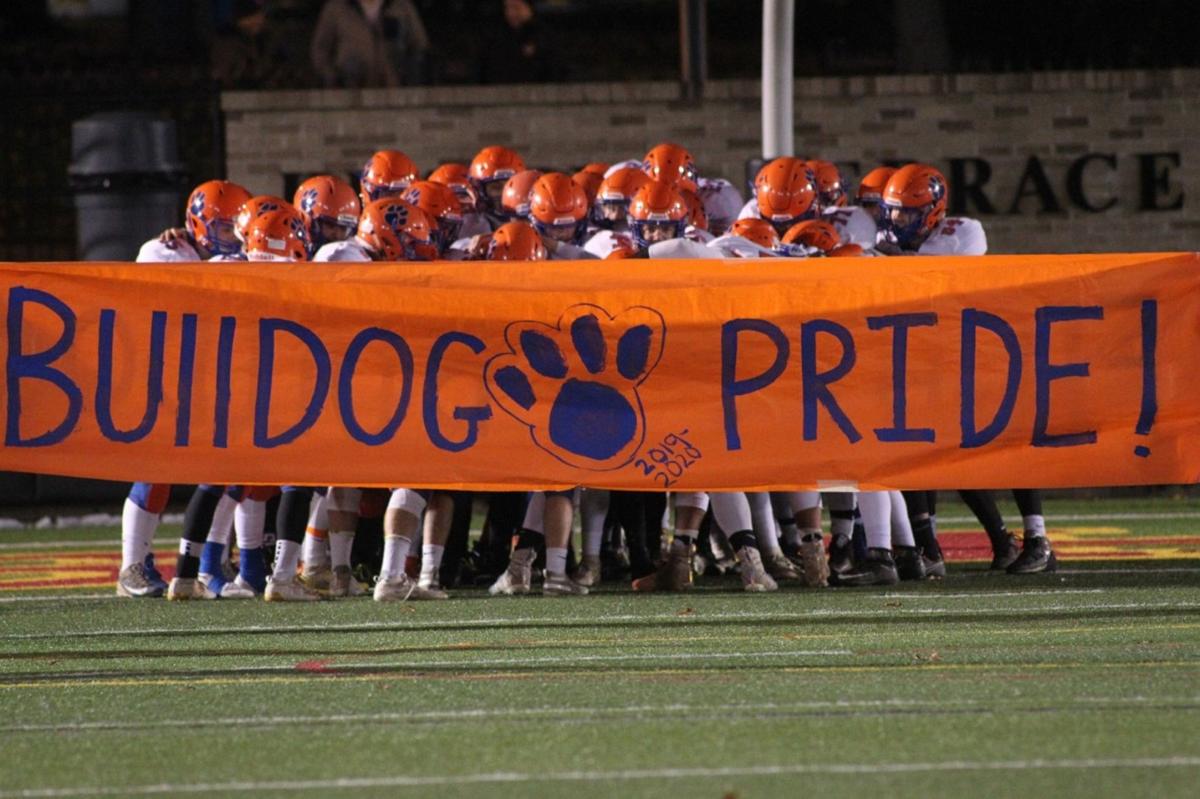 Photo by Spencer TulisAfter winning the Section V title in Class B last year, the Bulldogs will be dropping down to Class C this coming fall. 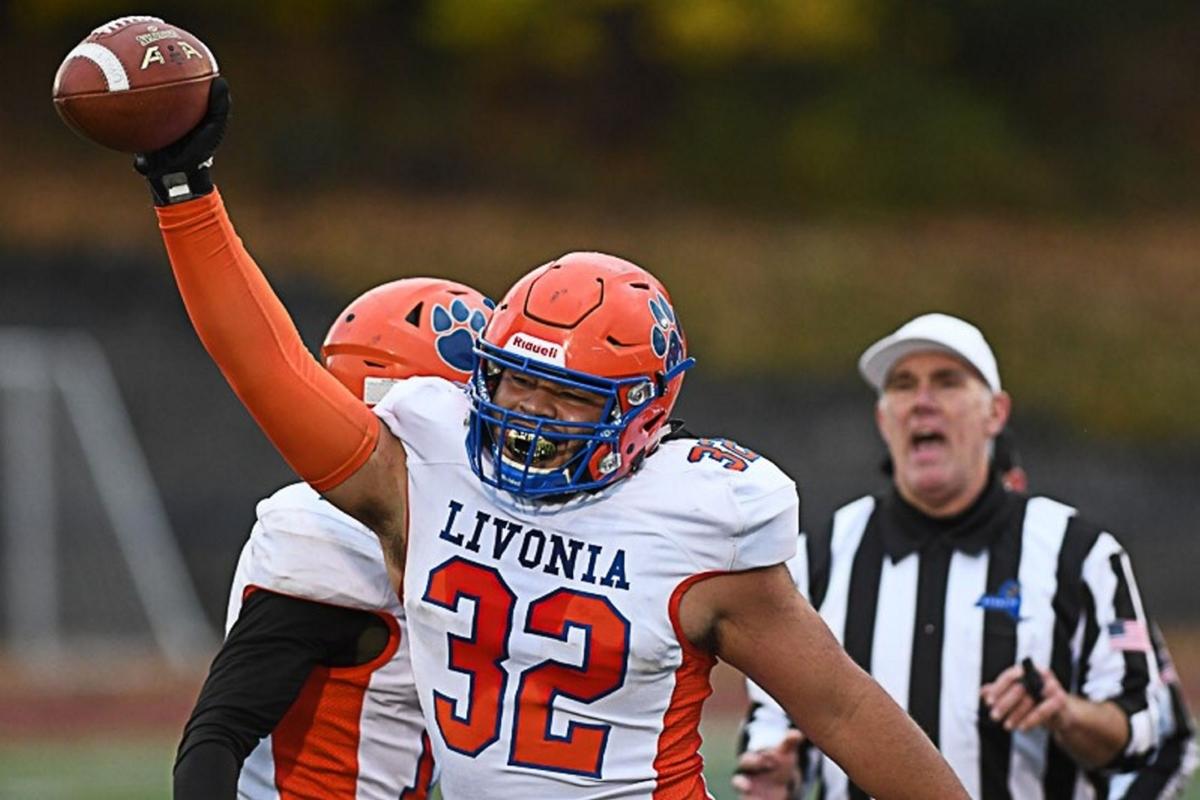 Photo by Spencer TulisLivonia’s Steffan Gwyn could be the area’s top defensive player this coming fall. He is getting D-I looks from both UB and UConn. 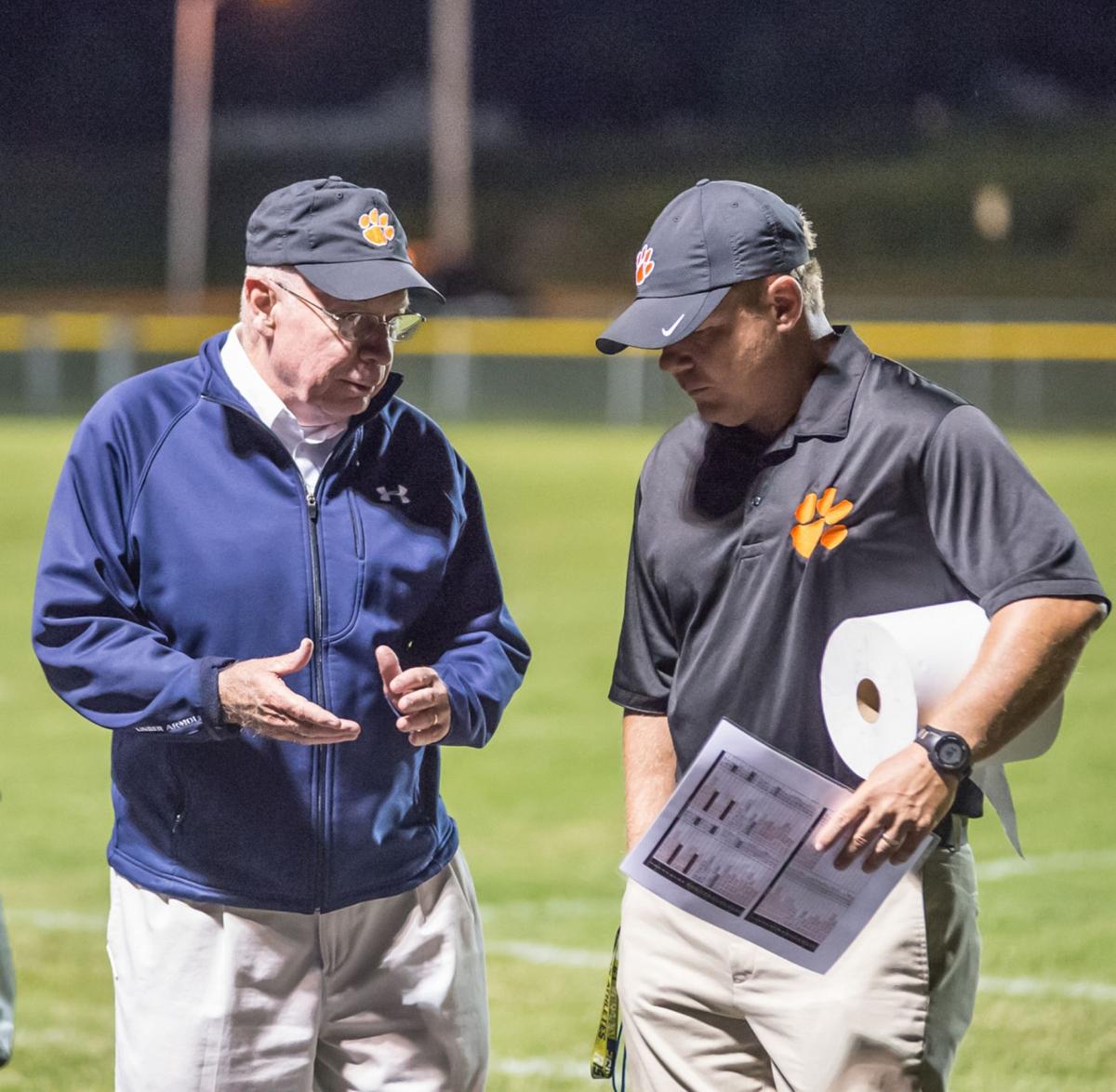 Photo by Spencer TulisAfter winning the Section V title in Class B last year, the Bulldogs will be dropping down to Class C this coming fall.

Photo by Spencer TulisLivonia’s Steffan Gwyn could be the area’s top defensive player this coming fall. He is getting D-I looks from both UB and UConn.

LIVONIA — Livonia football got over the sectional hump last year — winning their first title since 1993 — and doing so in Class B with their dominating 12-0 victory over Honeoye Falls-Lima.

Livonia had been knocking at the sectional door several times since head coach John Gammon took over in 2014 for Hall of Fame coach Steve Girolmo, making five trips to the title game, only to come up short.

But in 2019, Gammon’s Bulldogs pounded that door open.

With Livonia making the drop to Class C this coming fall, coach Gammon and his Bulldogs will be considered a heavy favorite to not only repeat that sectional success, but also make a strong move towards the Carrier Dome in Syracuse.

“That has been our motto this entire off-season,” coach Gammon said. “We know the expectations for this squad, and our boys are excited for the challenge of another title. We are very fortunate to have strong leadership returning from last year’s squad, talented players who understand the dedication, grit, selflessness, and toughness you need to win that block.”

The turning point last year came in the post-season as the No. 4 seeded Bulldogs entered the sectional tournament with a 5-2 record. After a 39-28 victory over No. 5 Geneva in the quarters, the Bulldogs avenged their earlier season loss to top-seeded UPrep with a dominating 27-0 beat down in the semifinals at Sutherland.

The Bulldogs, who fought through a lot of injuries last year, including one of the area’s top two-way lineman in Steffan Gwyn, who injured his knee in the opener and didn’t return until just in time for sectionals.

Another lineman, all-star AJ Davin, missed the sectional final game after being injured on the first snap.

But the Bulldogs found a way and as the season grew old, the blue and orange became a dangerous unit with a “next man up” mentality.

With Davin off to Brockport State, Gwyn, listed as a 6-foot-2, 260-pound DE/TE, returns for his senior season and has been getting D-I looks from both UB and UConn.

Another lineman, Brendan Mayo, listed at 6-foot-3, 300 pounds, is back and is also getting plenty of interest from the Ivy League.

Alex Minnehan, who returned to football last year for the first time since Jr. Bulldogs, is also back and dangerous on both sides of the ball as both the QB and safety.

“Gwyn, Mayo, and Minnehan all return after their All-State selections a year ago,” Gammon said. “Minnehan entered the state record books with his nine INT’s last season, and will be one of the most dynamic returning players in Section V. Mayo and Gwyn were both selected as two of the top lineman in NYS, both earning invites to the Prospect NYS Showcase, while Mayo is a finalist for the All-American Blue-Grey Bowl in Dallas, TX. These three not only represent tremendous football players, but they are also the type of leaders who thrive on the big moments, inspiring those around them, making the big plays, and performing at the highest level when the game is on the line.”

While Minnehan, Gwyn and Mayo will be receiving lots of the off-season attention, and deservedly so, there are many others returning to Saunders Field this fall that will also make an impact says Gammon.

“We are fortunate to have a number of key starters returning from last year’s squad who will be outstanding players this fall, “ Gammon said. “Defensively MLB Trevor Allen returns with a surrounding cast of familiar faces from last year’s group. Jack Kearney, who started most of the season at OLB, will be an even stronger rising star for the Bulldogs. Joining Minnehan in the secondary include 2019 starters, Jake Smith, Kevin Travis, and Sean Mayo. Joining Gwyn and Mayo on the D-line is 6-foot-5, 285-pound nose guard Shaun Wetterings who played outstanding in sectionals and the state quarterfinals last season.”

Three huge losses on offense for Livonia include Davin, Ryan Haugh and Marcus Lewis but others are ready to step right in.

Lewis was the team’s leading rusher last year and had excellent breakaway speed.

“Offensively, Minnehan will also have a solid core returning from 2019. Allen, after splitting between guard and fullback last year, will be a tough returning FB in the Bulldogs double-wing offense. Michael Bean returns on the line along with Mayo, Gwyn, Wetterings, and Kearney, while Jake Smith returns at RB where he looks to be another outstanding playmaker for the Bulldogs. When the Bulldogs do spread it out, returners Sean Mayo and Gabe Gammon will work in at the WR spot along with some top newcomers from last year’s JV team.”

Smith is expected to take over the bulk of the carries that Lewis got last year.

With injuries being a part of the game, Livonia will add some depth to this year’s roster including some JV kids that came up for last year’s post-season run.

“We have a talented group of players who came up for the last month of the season last year, and they really impressed the coaching staff with their ability to compete,” Gammon said. “Many will have the opportunity to earn a starting spot, allowing some of our returners to not have to play both sides of the ball at all times.”

With the COVID-19 playing a major factor in the off-season, Gammon looks for his captains to take the reigns and keep the team on course until they are allowed to work as a unit.

“Our captains have done a good job helping the coaching staff connect with players and keep them engaged,” Gammon said. “We have assigned workouts through our conditioning app and our boys have shown that they are very committed to our goal of repeating.”

Gammon believes it won’t be long for his team to be allowed to get back on the field.

“I’m hoping that with high school football preparation starting this week in a few different states in the south, that their success and safety precautions will pave a way for NYS to open,” he said.

And if all goes well, Livonia will get back to off-season get togethers soon, with fall practice starting in August.

Livonia is scheduled to open up the 2020 season against HF-L at Saunders Field in what will be a battle of the ‘Paws.’

“When I heard that an eighth game was a possibility, I called John Russ at HFL and we were both excited about keeping this rivalry going,” Gammon said. “Coach Russ has done an outstanding job with the HFL program and this game has always represented so much to these two communities. To start each season with a tough opponent, in a packed stadium, with a playoff atmosphere, what’s better than that? I can see this game growing year after year. We are still smoothing out the details, but the goal is to have the game raise funds for a local charity, while the winning team holds on to the winning trophy/plaque for the off-season. It will be a ‘Battle of the Paw.’”