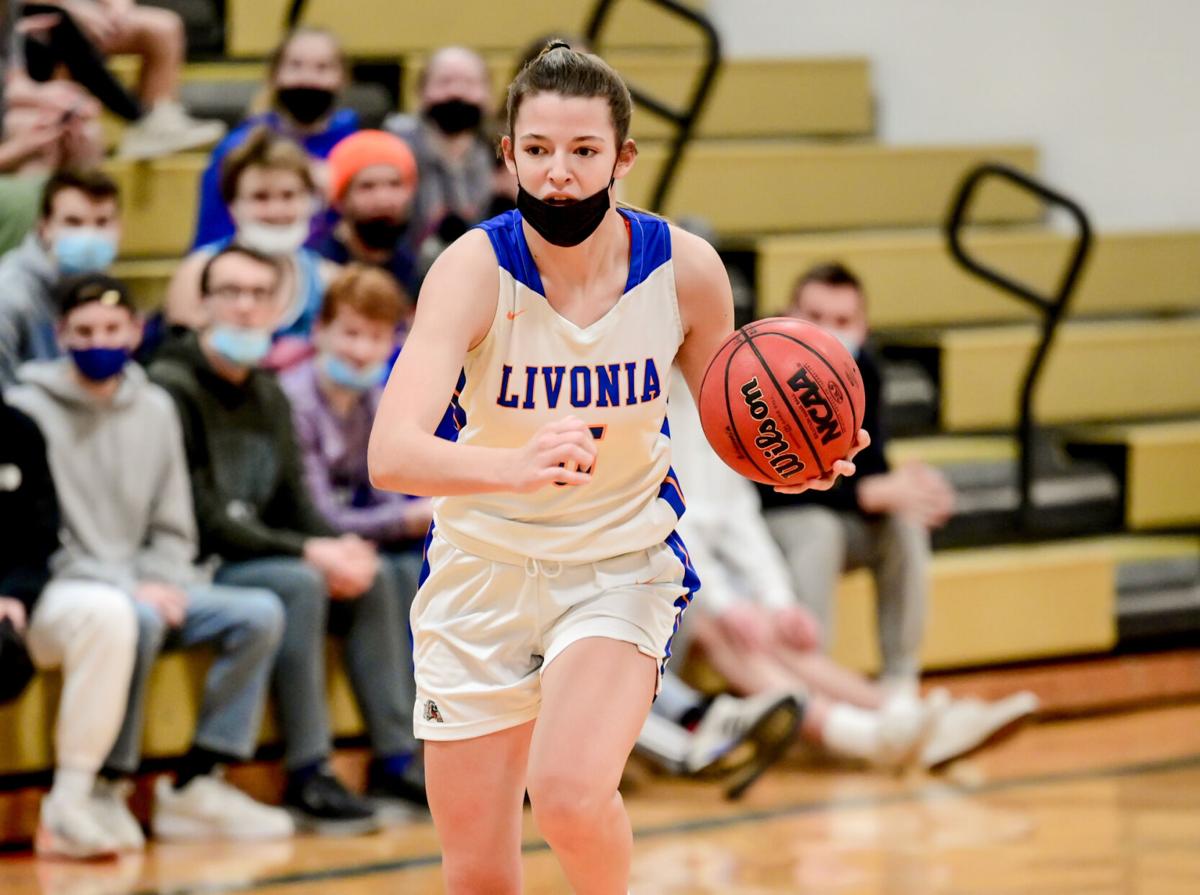 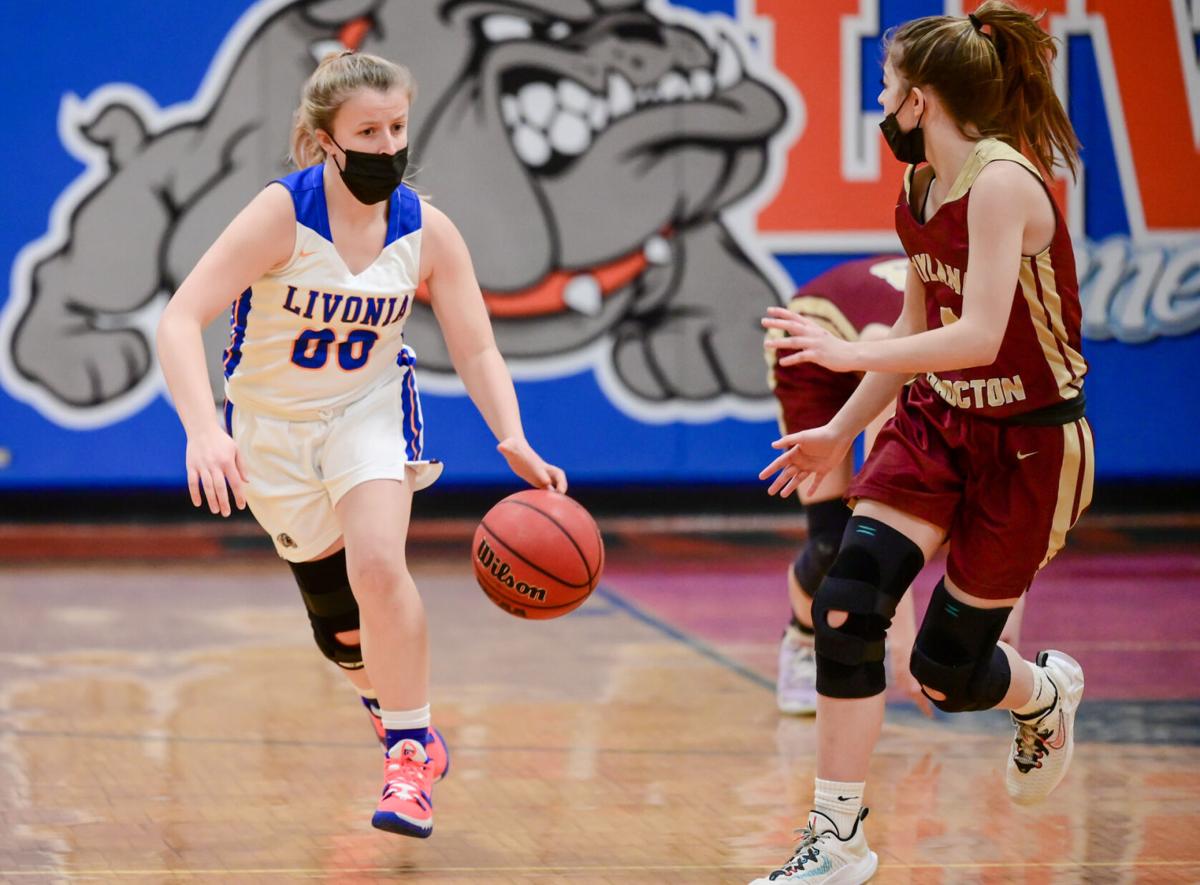 Lindsey Meys Photography Livonia picked up the easy LCAA victory over Way-Co Friday as Kelsey Stewart had a season-high 19 points. 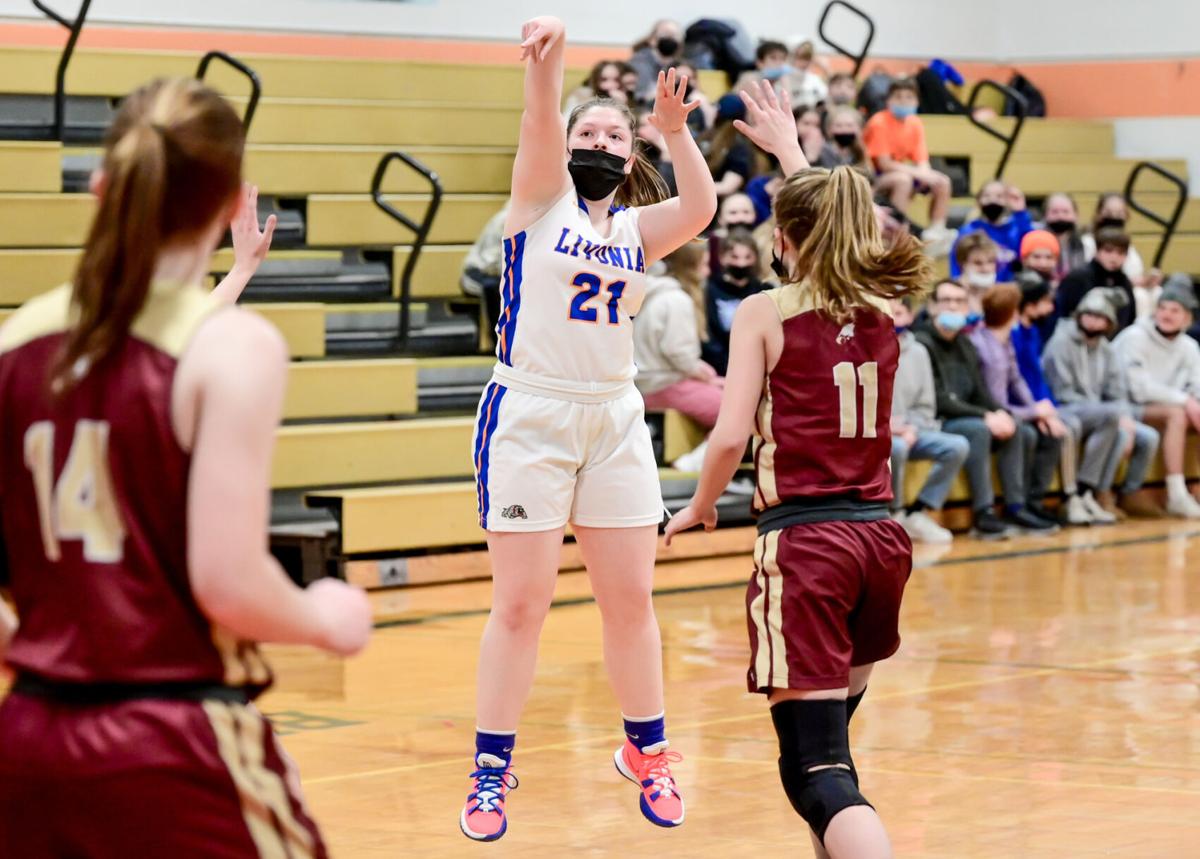 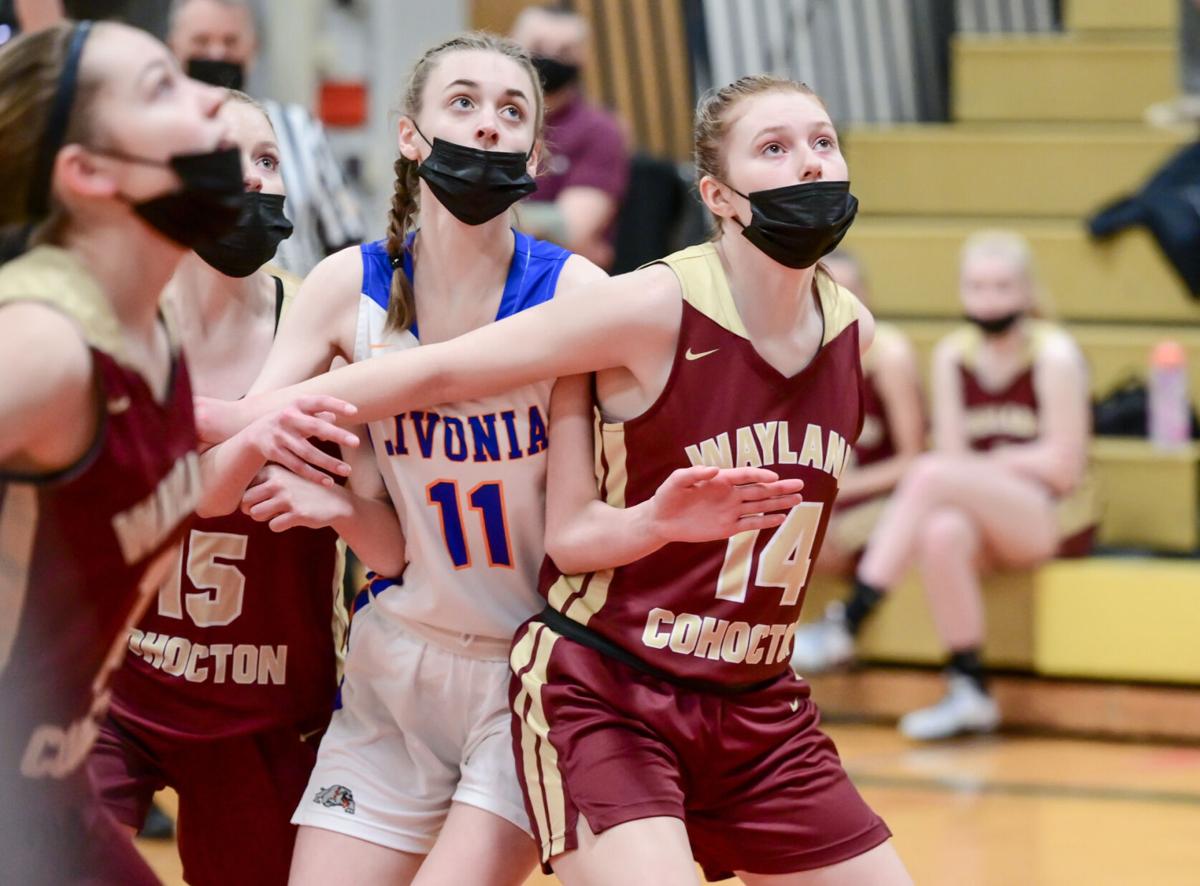 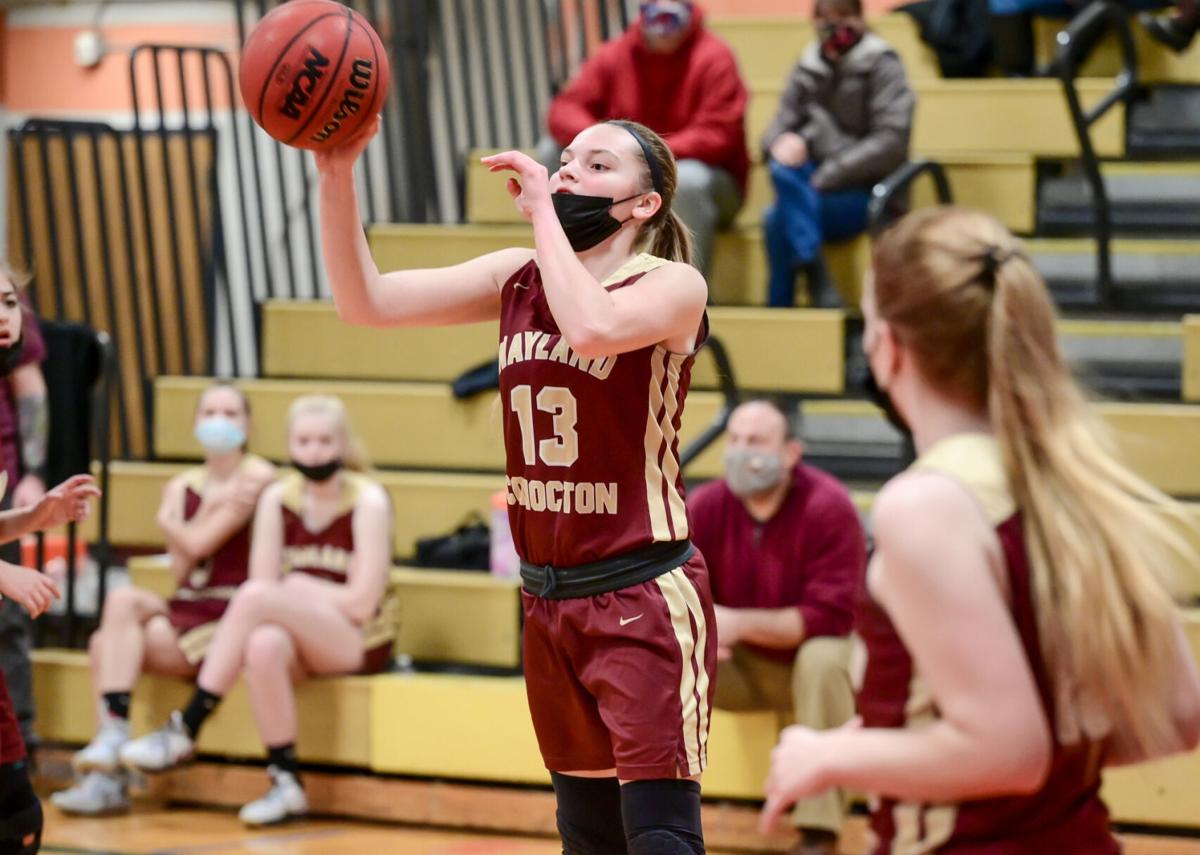 Lindsey Meys Photography Livonia picked up the easy LCAA victory over Way-Co Friday as Kelsey Stewart had a season-high 19 points.

Buckley scored her 1,000th career point for the Lady Bulldogs early in the second half. She needed 18 points to reach the milestone.

Her basket came off a feed from Kelsey Stewart at the 4:25 mark in the 3rd quarter.

Sarina McDowell’s return to the line-up has been a blessing.

The junior forward scored a game-high 24 points along with eight rebounds and four steals as the Lady Braves won their third straight game Friday night.

A 12-4 second period run by Avon gave them the 23-16 halftime lead they never relinquished.

“As we move into the second half of our season, I look forward to seeing how our young team responds to the challenges that lie ahead,” Le Roy coach Rob Currin said. “We’ve yet to realize our potential and channel our collective energy into favorable outcomes but I am confident that we will get there.”

Visiting Geneseo jumped out to a 25-7 lead at the half as they ousted Letchworth Friday.

“Good job to Geneseo tonight,” Letchworth coach Mike Grasso said. “They came to play and it showed. We played a little bit better in the second half, but the damage was done. We did a poor job of matching their intensity, but we do get another shot at them at the end of the season. I am confident that we will play a better ballgame the second time around.”

Kendall opened the game on a 20-0 run and never looked back as the Lady Eagles improved to 10-1 on the season.

Snyder, who added her ninth double-double of the season, also blocked five shots.

Lyndonville was led by Karlee Rounds who had 18 points and nine rebounds as the Lady Tigers fell to 8-2.

Fellow juniors Ava Wagoner and Dayanara Caballero both chipped in with 14 points for B-B, who led 32-23 at the half.

“The offense played well tonight<�” B-B coach Rick Krzewinski said. “We came out in a triangle and two as we wanted to hold Izzy Breeden and Karli Housenecht in check which we did but Sydney Johnson really hurt us. We switched to man half way through the third for the rest of the game.”