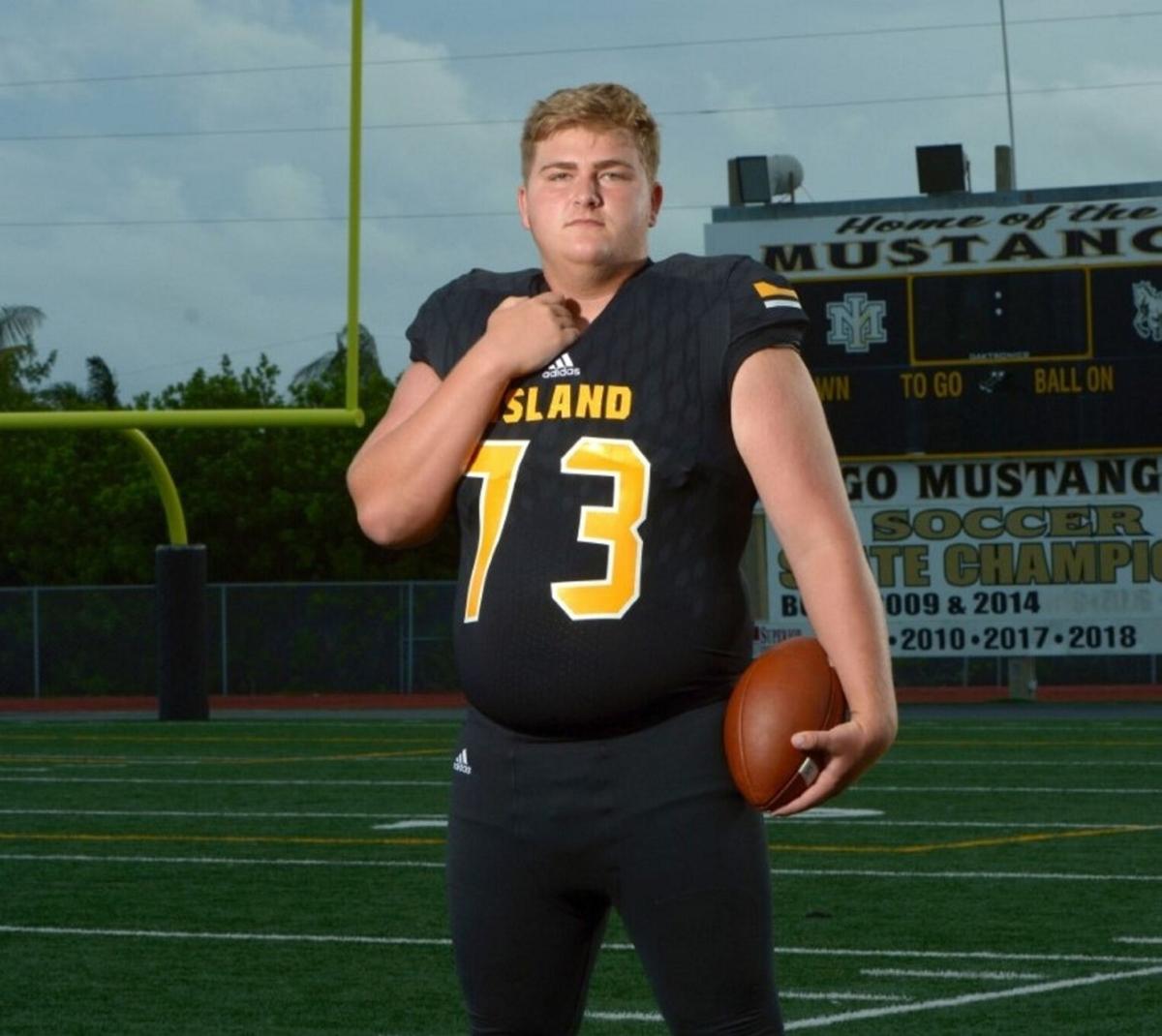 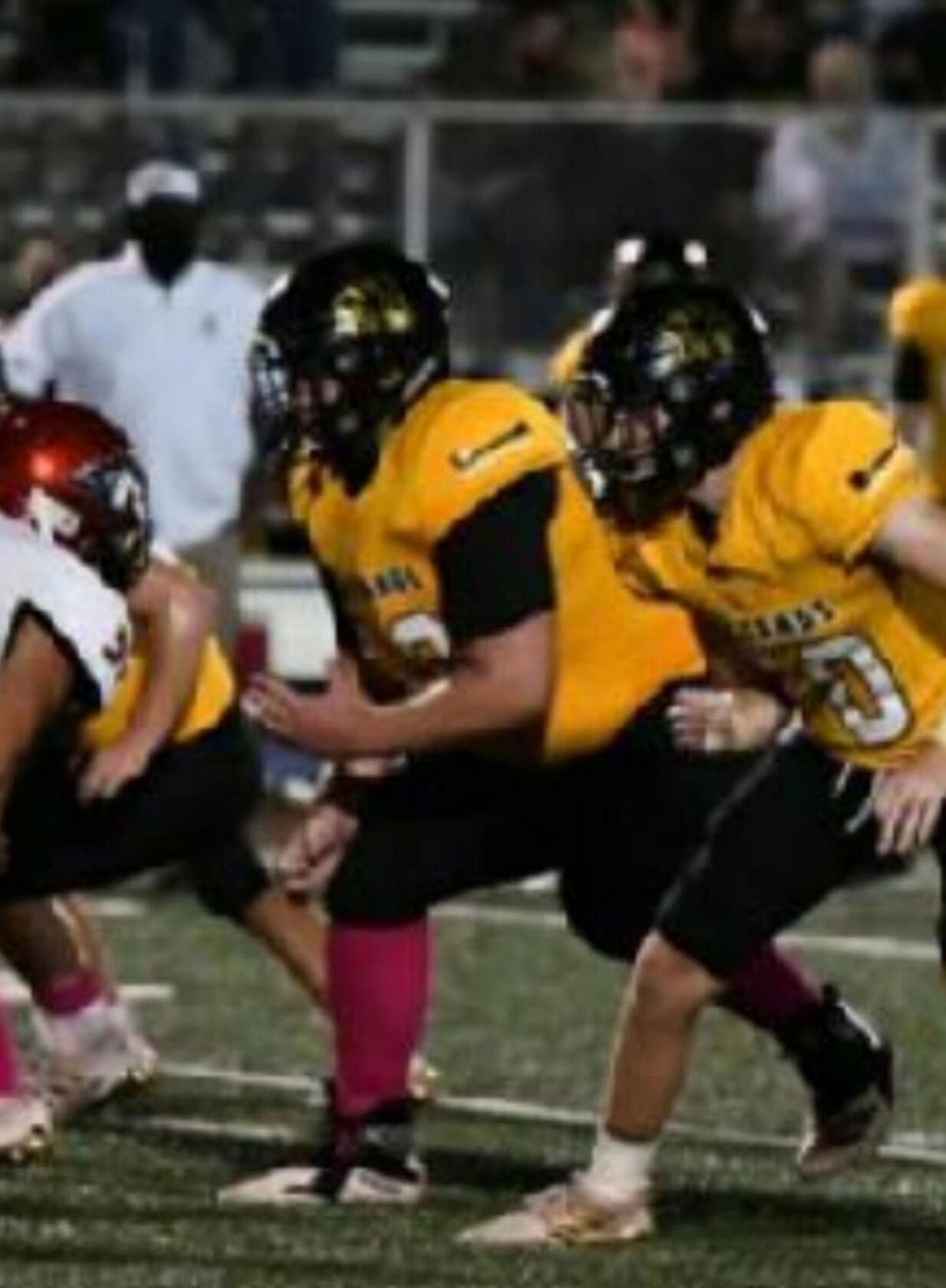 Brendan Mayo earned All-Space Coast D-II honors while playing at Merritt Island, Fla., this past season. He will attend Washington U (St. Louis) next fall to play D-III football. 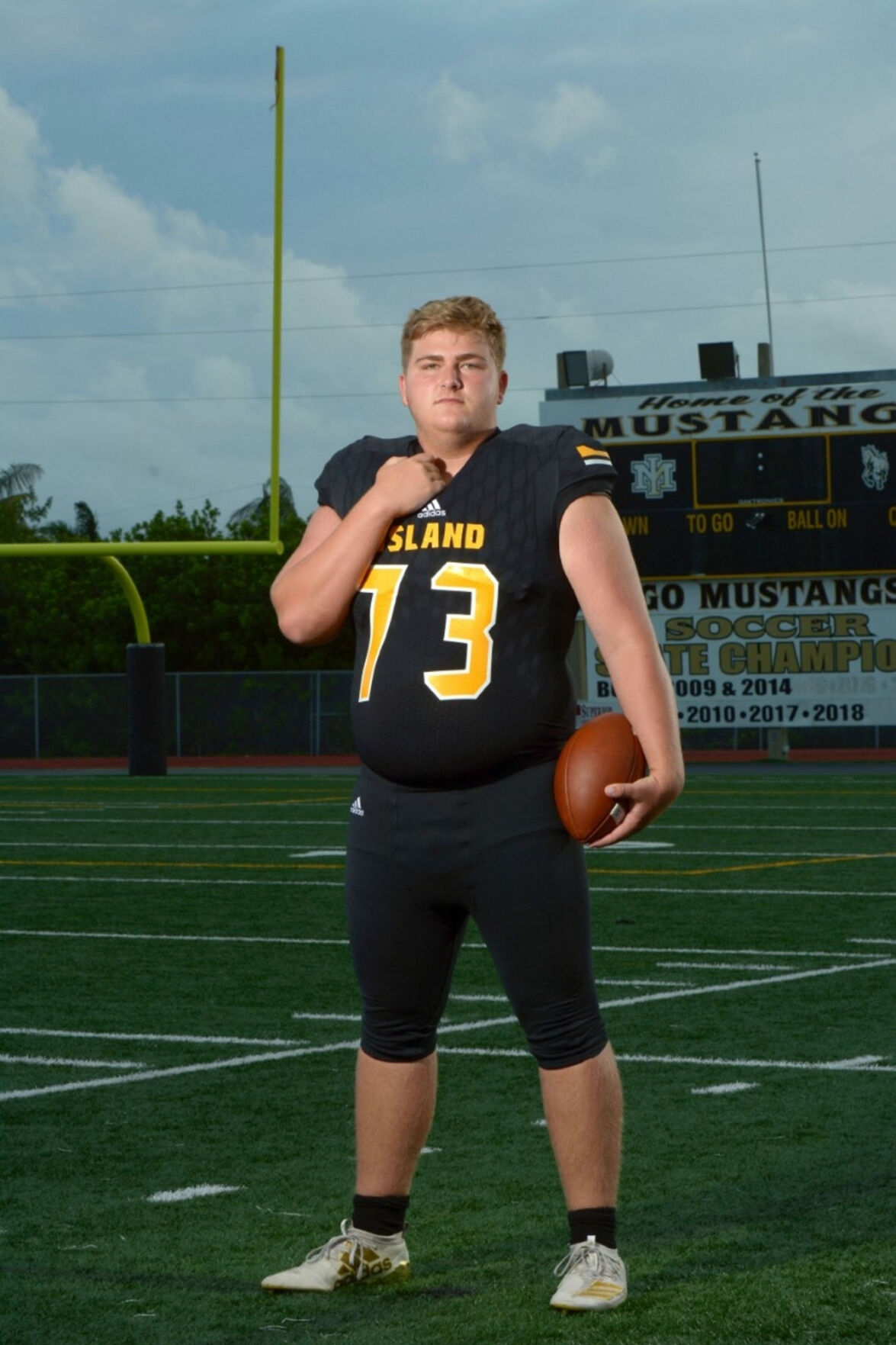 Brendan Mayo earned All-Space Coast D-II honors while playing at Merritt Island, Fla., this past season. He will attend Washington U (St. Louis) next fall to play D-III football.

The former Livonia High School offensive lineman, who decided to pack up with his family and move to Florida after fall football was canceled in August, enjoyed his experience playing with the Merritt Island Mustangs, a Class 4A school who competes in the Space Coast Conference, located in Brevard County, about 50 miles east of Orlando.

At 6-foot-3, 295 pounds, Mayo was considered a mid-major Division I lineman recruit.

Of course, his 4.0 GPA in the classroom didn’t hurt so with everything to lose by staying in New York, with Governor Cuomo slamming the door on high school football, Mayo and his family decided the only way to get on anyone’s radar to play college football would be to get in the family vehicle and drive the 1,200 miles to Merritt Island, who ironically is coached by former Miami Hurricane player Hurley Brown.

“Going down to Florida I really only had one fear and that was regretting my decision,” Brendan said. “After the season is over and looking back, I can confidently say I would make the decision all over again. In an ideal world New York would have had football and I would have had my senior season with my teammates in Livonia. I was blessed with the opportunity to play at Merritt Island and now that my high school football career is over, I am able to say I left it all on the field.”

Merritt Island had a strong season this fall coming out of the gates quickly at 4-0 including a thrilling 34-29 victory over private school Holy Trinity.

Meritt Island would drop their final two games of the season, however, including their 18-6 loss to Eau Gallie in the first round of the state playoffs.

The Mustangs also dropped their season finale 22-8 to Satellite Beach for the Space Coast D-II title.

Merritt Island’s fast 4-0 start would get hindered a bit by a few Covid issues with contact tracing where a few of their opponents had to push games back making things difficult for Mayo and his teammates.

The Mustangs had to go a few weeks without practicing or games, which definitely killed their momentum Mayo says.

“The difficult part with getting games cancelled is that it was hard to continue to grow as a team through week in and week out repetition,” Brendan said. “The cancellations also put team conditioning and practicing on the individual which made the season feel like no other.”

Unfortunately, competing in the lower division of the Space Coast Conference this fall, Brendan didn’t get the opportunity to play powerhouse programs Cocoa and Rockledge, which are both only a few miles from Merritt Island. Cocoa made the state semifinals this fall.

“Rockledge and Cocoa are definitely some of the better teams in Brevard County and I would have loved to have the chance to play them,” Brendan says. “They would have been great games.”

“The biggest difference in playing football in Florida is that there is no easy opponent,” he said. “No one will roll over and give you the win. New York definitely has some talented kids who could play here but the teams in Florida are more well-rounded.”

He would finish his final season earning both All-Space Coast D-II All-Star lineman honors and also was invited to play in the annual Florida vs. Georgia Showcase game.

With preferred walk-on opportunities extended from D-I colleges like Sacred Heart, Rhode Island, Maine and Bryant, Brendan recently decided to give his verbal commitment instead to D-III rep Washington University in St. Louis, because of its strong academic reputation.

“Although I had four offers to play Division I football, I ultimately decided on WashU for a few reasons,” Mayo said. “I loved the school when I visited and the culture Coach Keen and Coach Mueller are building. The school is ranked No. 16 in the country by US News and World Report, ahead of many great universities like Cornell and Notre Dame, to name a few. It has unparalleled opportunities for freshmen to do research in my field of chemistry, which will set me up for success in academics and athletics.”

Academics have always been an important part for Brendan and his future and he’s still maintaining that perfect GPA.

“Merritt Island is running the same semester based schedule as Livonia, and I have maintained my 4.0 GPA,” he says. “I’ve taken Honors Economics, Honors Government, Honors English, men’s chorus, and gym class — which is filled with only the football team which allows for specific team prep.”

Currently, Brendan says, “I have returned to New York and will be completing my second semester in Livonia.”

Brendan was a captain on last year’s Livonia football team that captured the Bulldogs’ first sectional title in 25 years.

He brought those memories with him to Merritt Island every Friday night.

“There wasn’t one day that went by when I didn’t think of my teammates in Livonia,” Brendan says. “It was a great motivation tool because I didn’t allow myself to give anything less than 100 percent effort. I knew that there were kids who didn’t have the chance to play that would have done anything to just play one snap.”