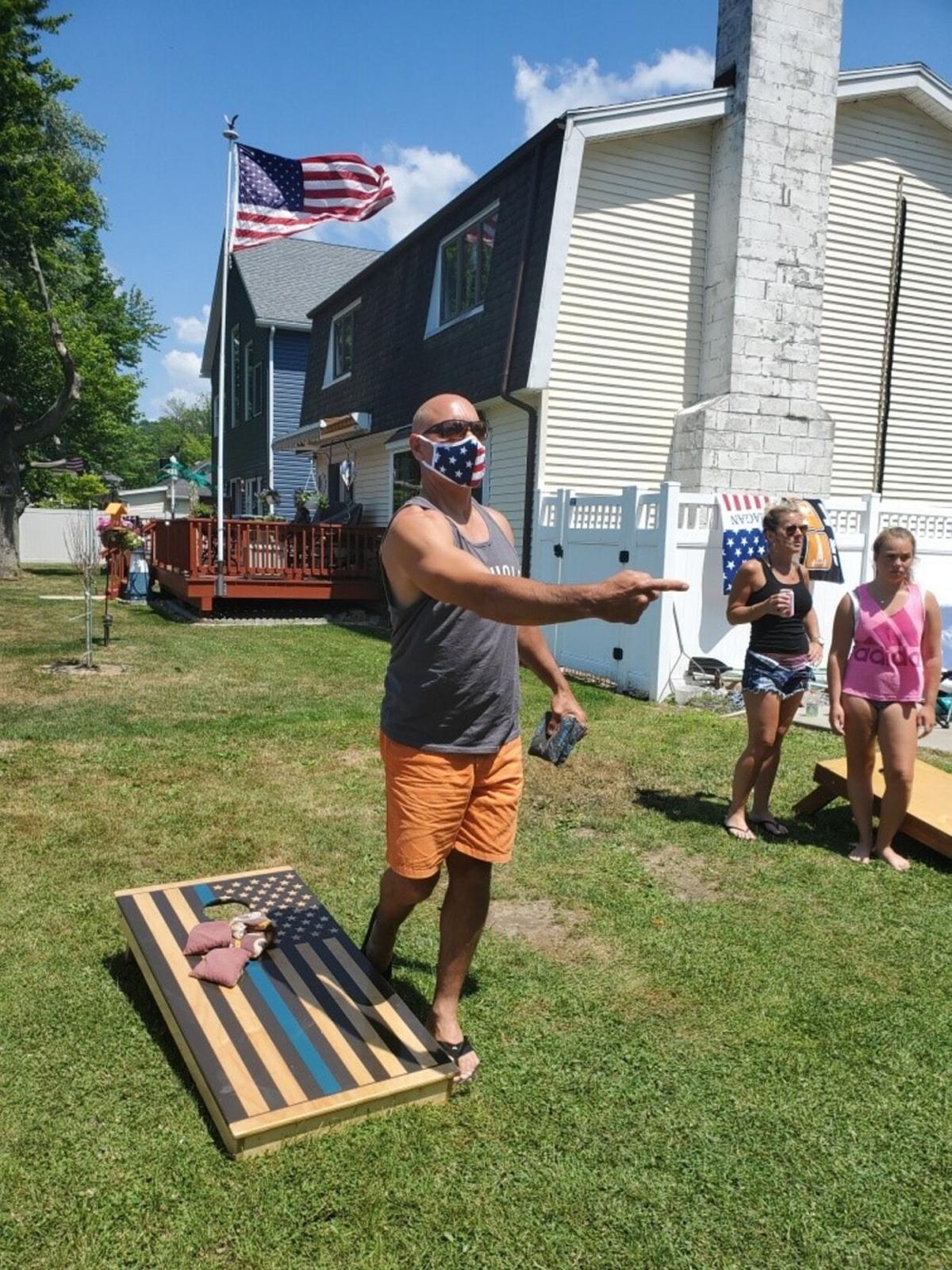 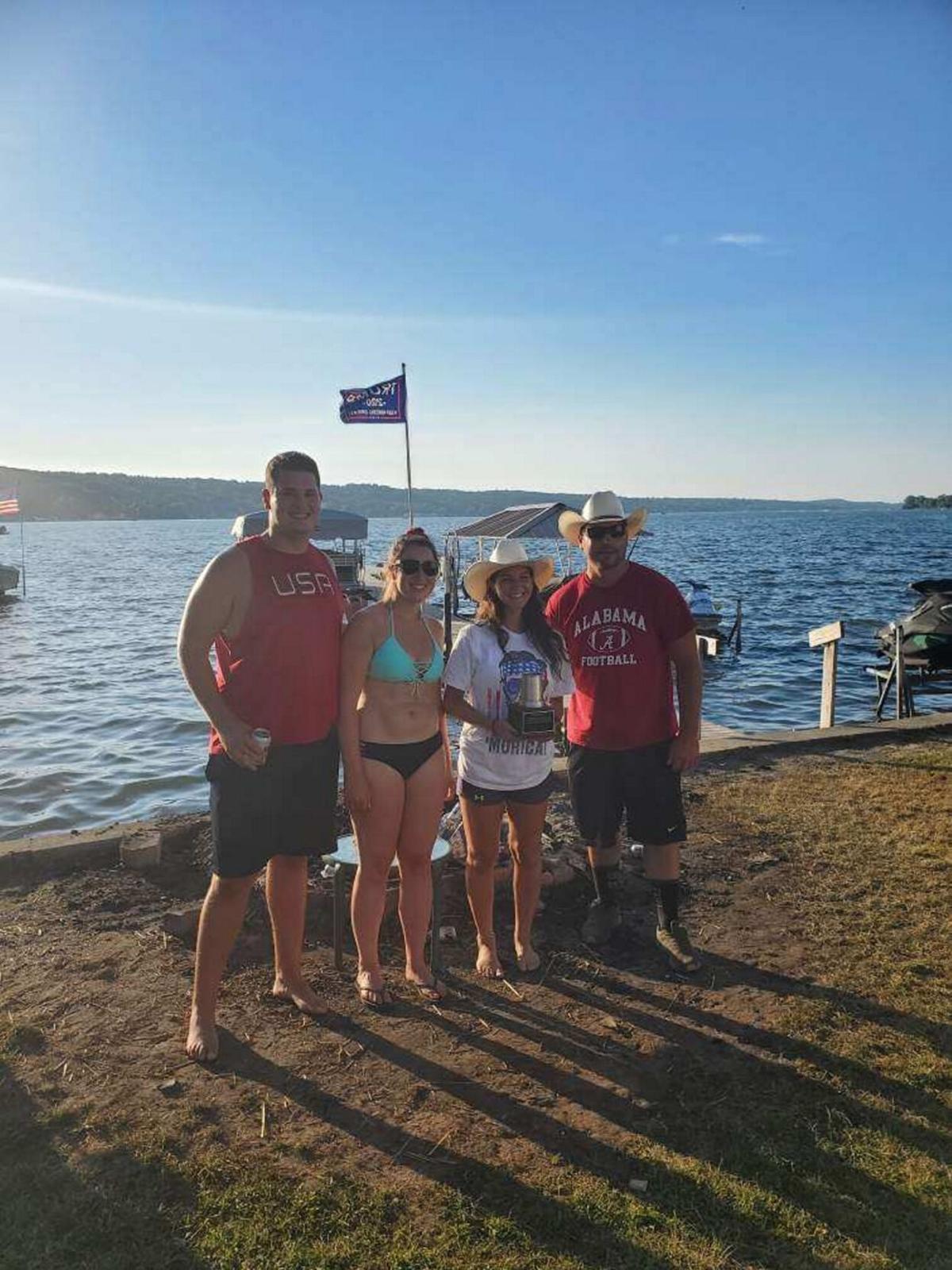 CONESUS — COVID-19 wasn’t about to overshadow the 12th Annual Conesus Lake Cornhole Championships which took place as usual July 4 at the south end.

While it did dwindle the overall field from their normal 32-team bracket, with visitors travelling across the nation to attend, last week’s bracket hosted just 12 teams, but the competition was just as fierce as ever.

“The tourney was a success despite the pandemic,” Cerretto said. “Americans persevered despite any hardship. That’s what makes it the greatest country in the world.”

Cerretto said they limited the fans in attendance to 30 people, with six-feet gaps between and masks required.

“Everyone who attended was very socially responsible.” Cerretto added.

The competition was outstanding throughout the four-hour tournament with the team of Rocky Cerretto, Rock’s son, and Taylor Gionta taking the tournament crown.

The duo won a memorable three-game series over the brother/sister team of Nicole and Calvin Rivera with a 2-1 victory. The Rivera duo won the first game before Cerretto and Gionta rallied to win the nest two games for the title.

Impressively, Taylor Gionta filled in for Rocky’s normal partner, Magan Connolly, who is a dedicated nurse who had to work during the holiday. Gionta held her own with several big throws down the stretch.

Rock Cerretto, who threw out the ceremonial first bag, is hoping next year’s tournament will be back to their usual 32-team format.