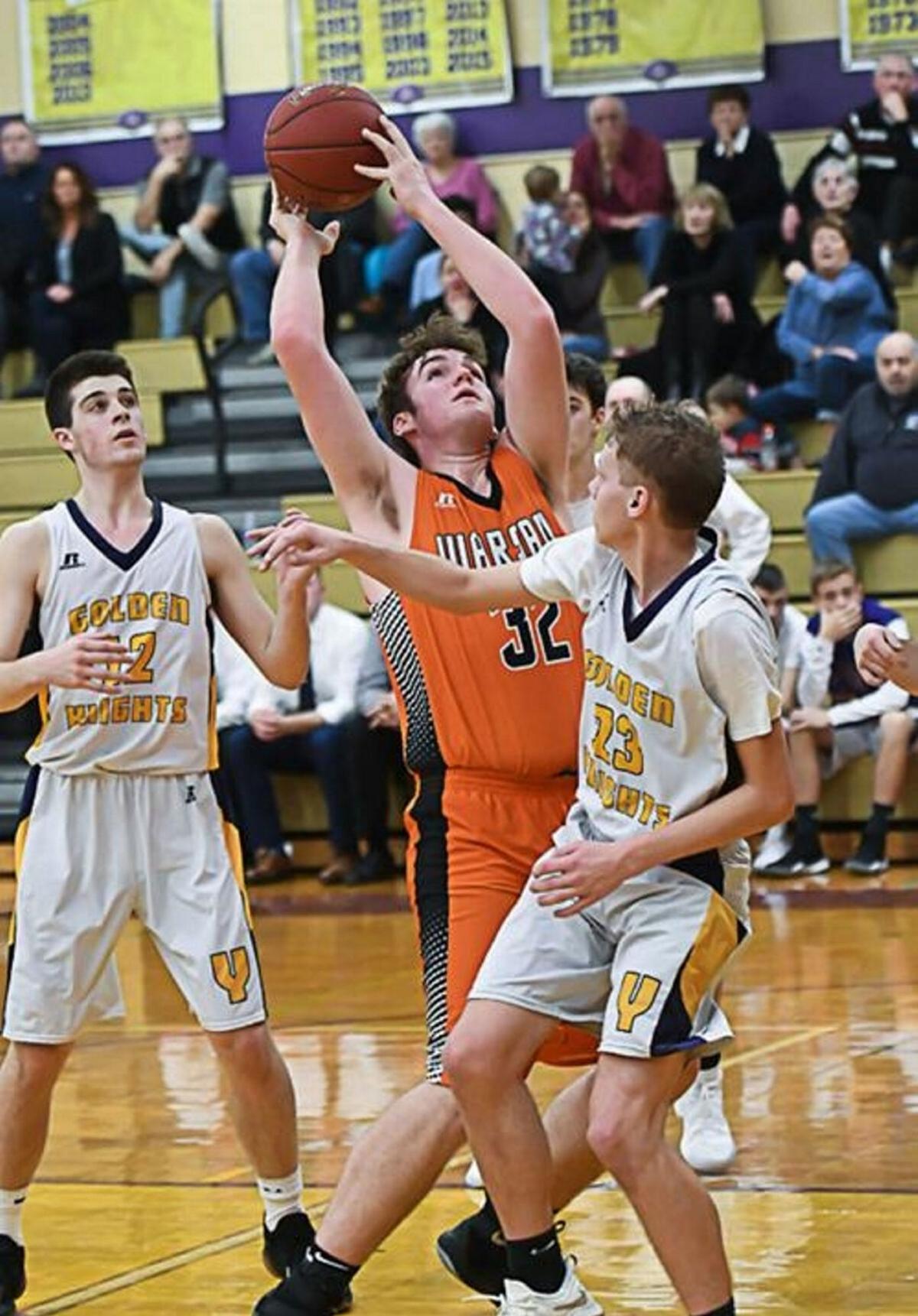 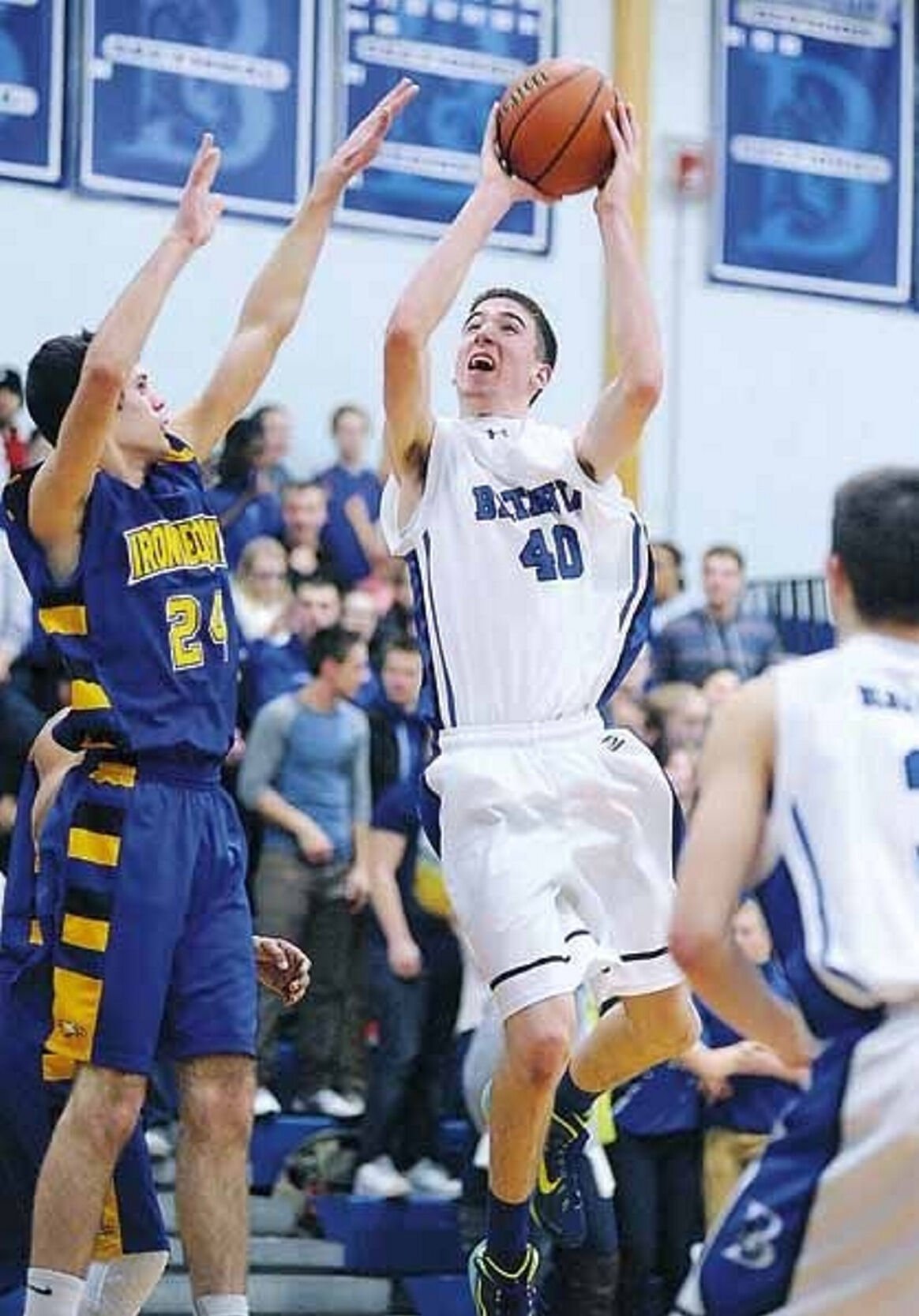 Daily News file photoJeff Redband is one of several local players to reach the 50-point mark when he did do for Batavia as a senior.

Daily News file photoJeff Redband is one of several local players to reach the 50-point mark when he did do for Batavia as a senior.

Cuba’s Gordon Enderle, who later played collegiately at Princeton, holds Section V’s all-time record for most points in a single game with 65 during Cuba’s 106-56 blowout victory over Fillmore back on Feb. 9, 1979.

In that game, the 6-foot-3 Weidman also had a triple double with 12 rebounds and 10 assists.

The three-point shot was put into high school basketball back in 1987.

Speaking of three’s, Lima Christian’s Jason Faynor hit six of them when he scored a program-record 53 points in his team’s 80-77 victory over Rochester Prep back on Dec. 19, 2017. He hit 18 field goals and went 11-of-17 from the stripe that game. Faynor dropped in 19 points in the third quarter.

McCulley, who has coached the highly successful ND girls the past five years, dropped in 52 points back during the 1991 season. McCulley was a junior when he reached his high mark in a game against Albion.

Mount Morris guard Milford pumped in a program-record 52 points back on Feb. 8, 2011 when the Blue Devils came away with the 93-66 victory at Lima Christian. Milford also drained a program-record nine 3-pointers and added six steals with four assists.

Batavia’s Jeff Redband, who recently starred at D-II Daemen College in Buffalo, dropped in a Blue Devils-record 51 points during his team’s 71-49 win over Irondequoit back on Jan. 30, 2015. The then 6-foot-7 senior hit 15-of-26 field goals, including six three-pointers, and also went a perfect 15-of-15 from the charity stripe. He also scored 17 of his team’s points in the fourth quarter.

One of the area’s most impressive single game performances came back on Feb. 24, 2009 when Kendall’s Josh Laureano scored 51 points during the Eagles’ thrilling 77-74 double OT victory against Cuba Rushford in a first round sectional game. In that game, Laureano shot a near perfect 17-of-19 from the field with four 3-pointers, while he was 13-of-14 from the FT line. He came within three boards of a triple-double as he dished out 10 assists with seven rebounds.

Warsaw big man Ben MacConnell scored a program-record 50 points just a few seasons ago back on Feb. 3, 2018 during a 88-69 victory over Keshequa. He also pulled down 21 rebounds that night.

Livonia’s all-time best scoring performance came back in December of 1954 when Sam McRae dropped in a program-record 50 points in a win against then Nunda High School.

Holley’s Tim Persia also dropped in a 50-point game back on March 11, 1964 during the Hawks’ 87-59 pre-quarterfinal sectional victory over Dundee.

Prattsburgh’s Brian and Mason Putnam are the only father/son duo to score 50 points or more in a game.

Brian, who currently coaches Prattsburgh, posted a 52-point game back on Feb. 22, 1991 in a Section V playoff game against Notre Dame during the Vikings’ 113-70 victory.

He added a 51-point performance during that same tournament in 1991.

Mason, who graduated this season, followed in his dad’s footsteps with a 50-point game this past January in a 80-76 loss to Genesee Valley. In that game, Mason, a 5-foot-10 guard, hit 16-of-33 from the field, including seven three-pointers, and also went 11-of-14 from the FT line in a game played at Alfred State.

Most Points Scored in One Game