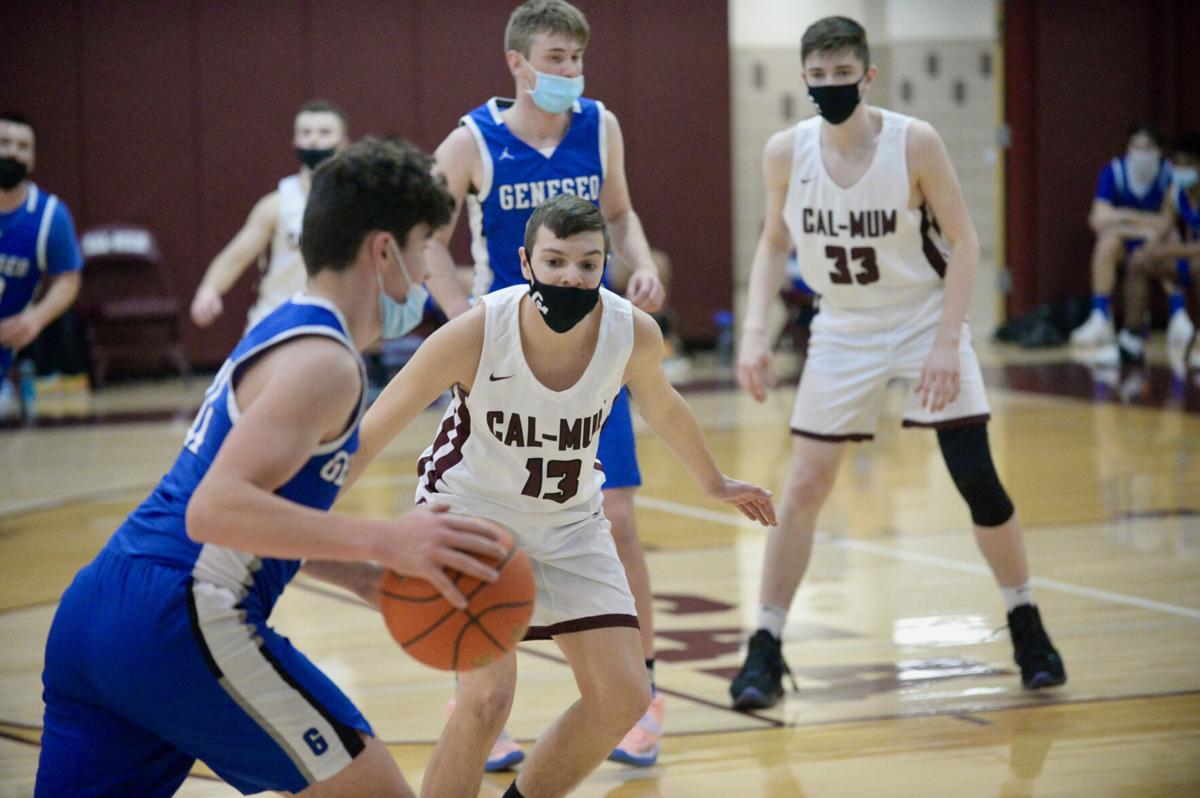 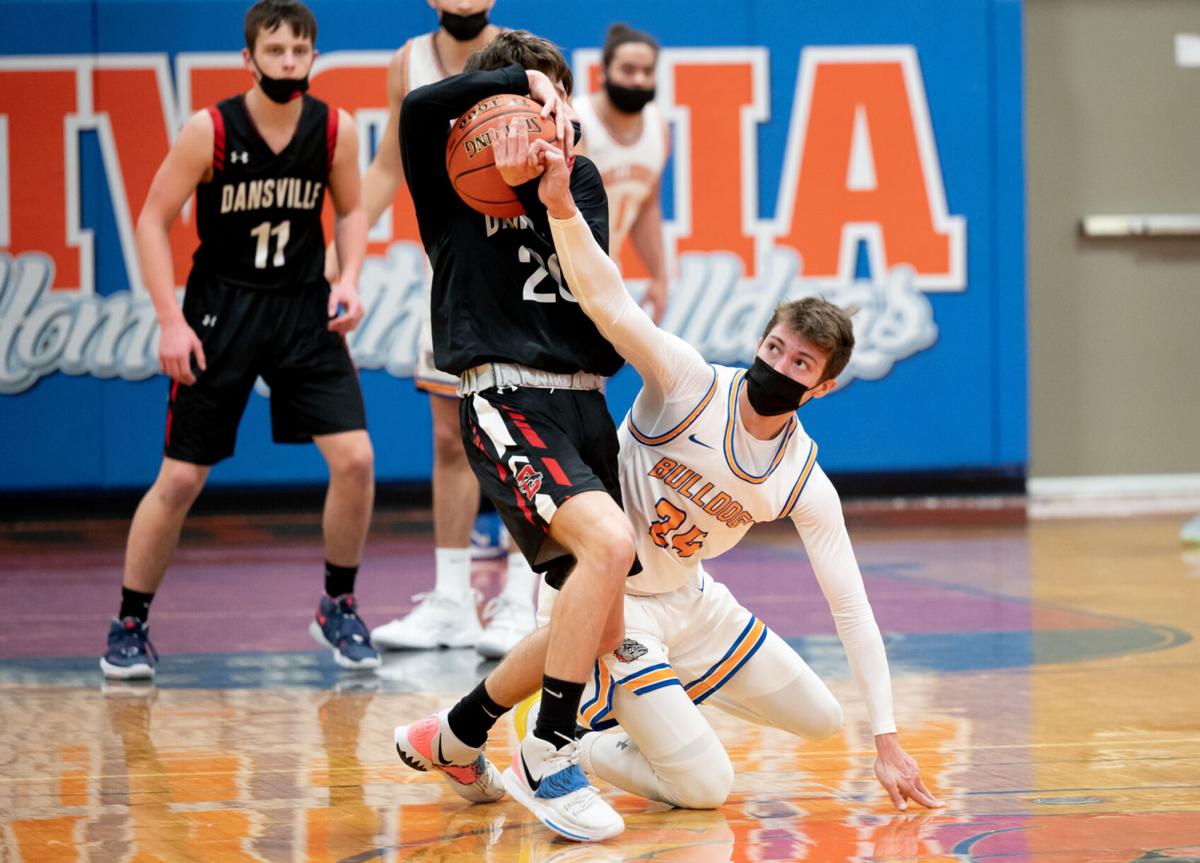 Lindsey Meys/For The LCN | Livonia’s Shawn Minnehan reaches in for the steal. 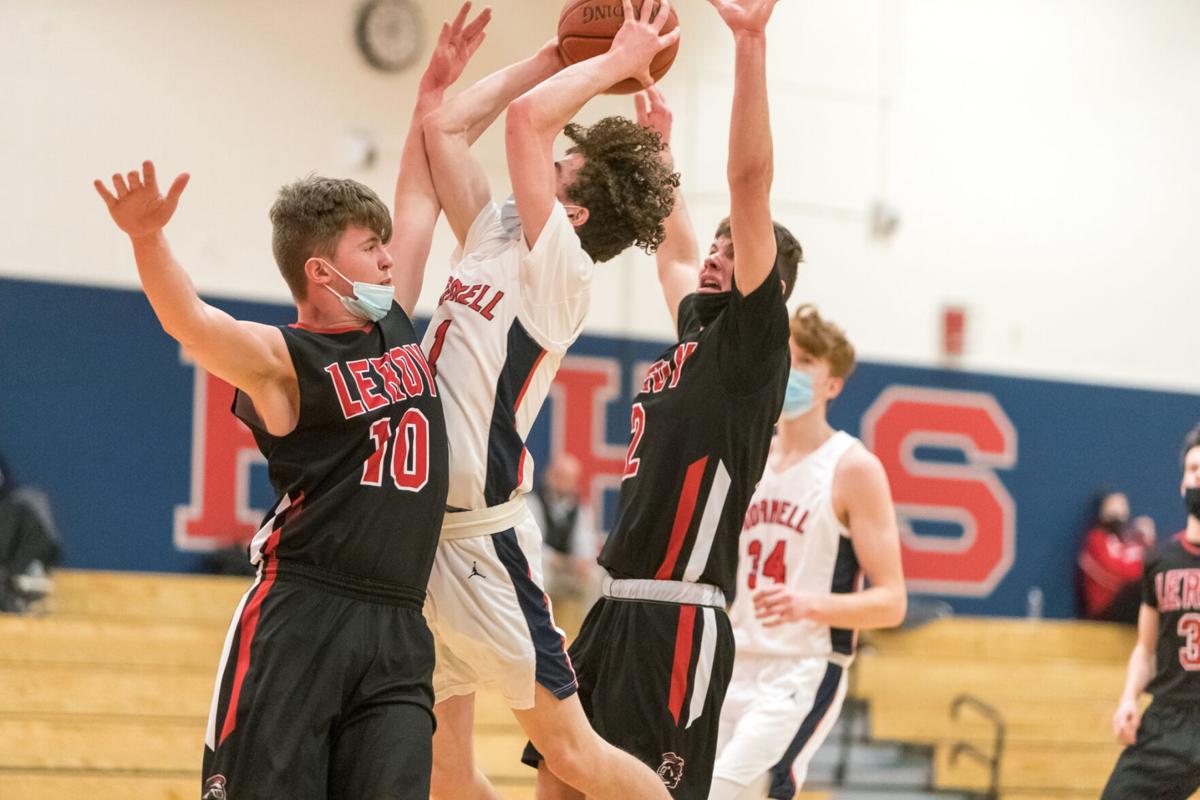 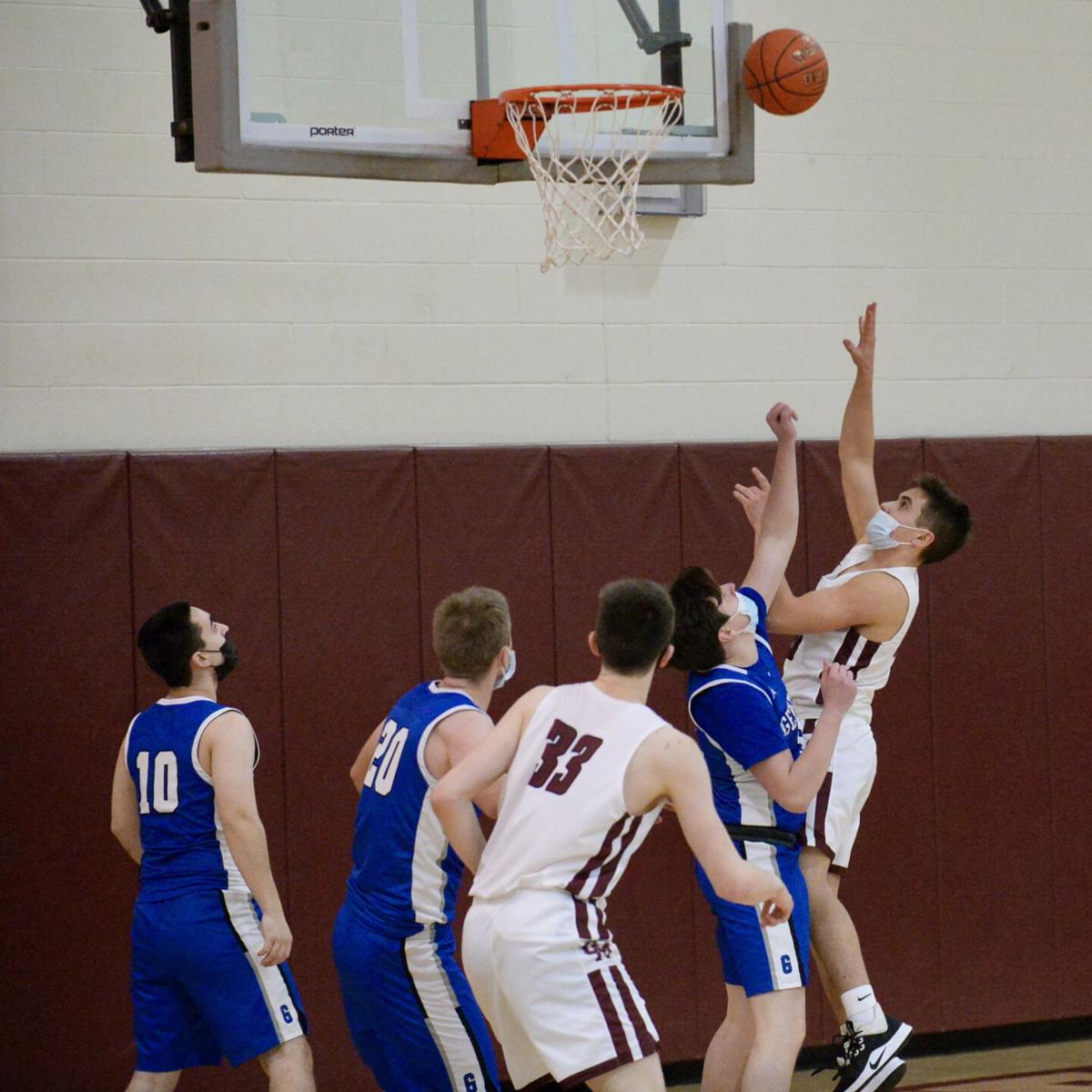 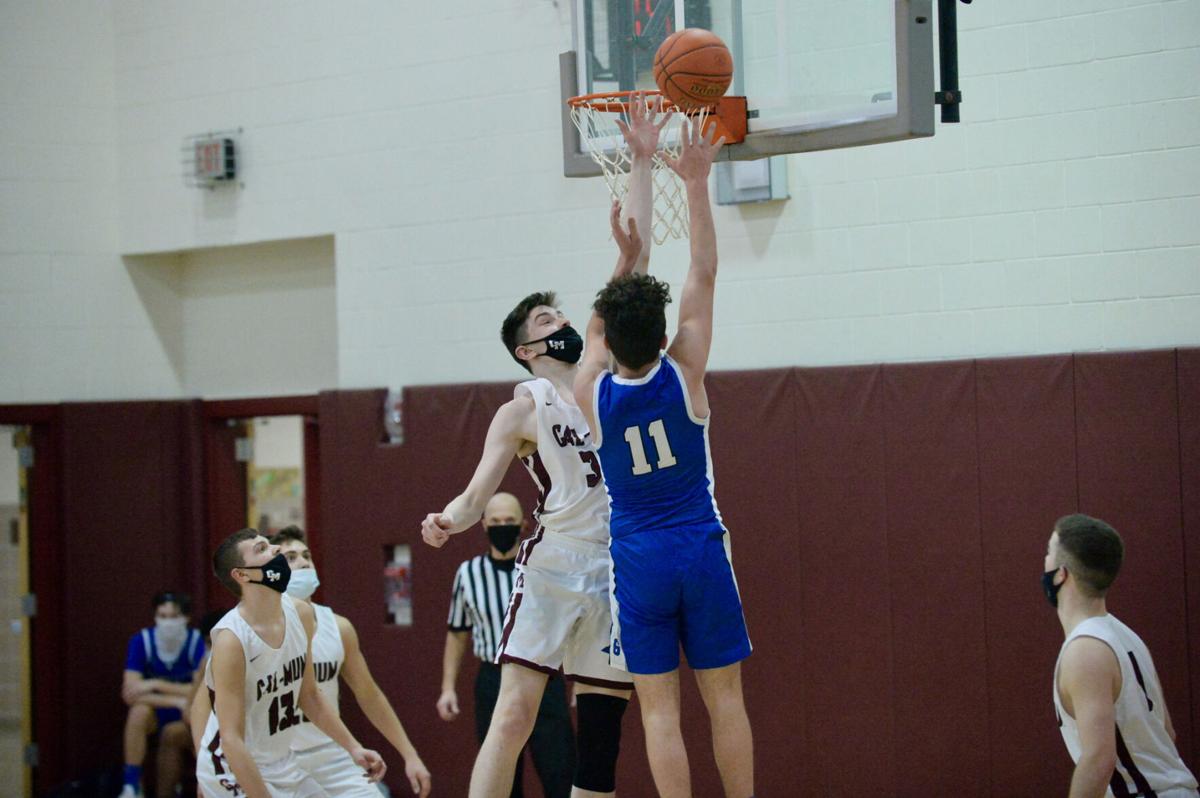 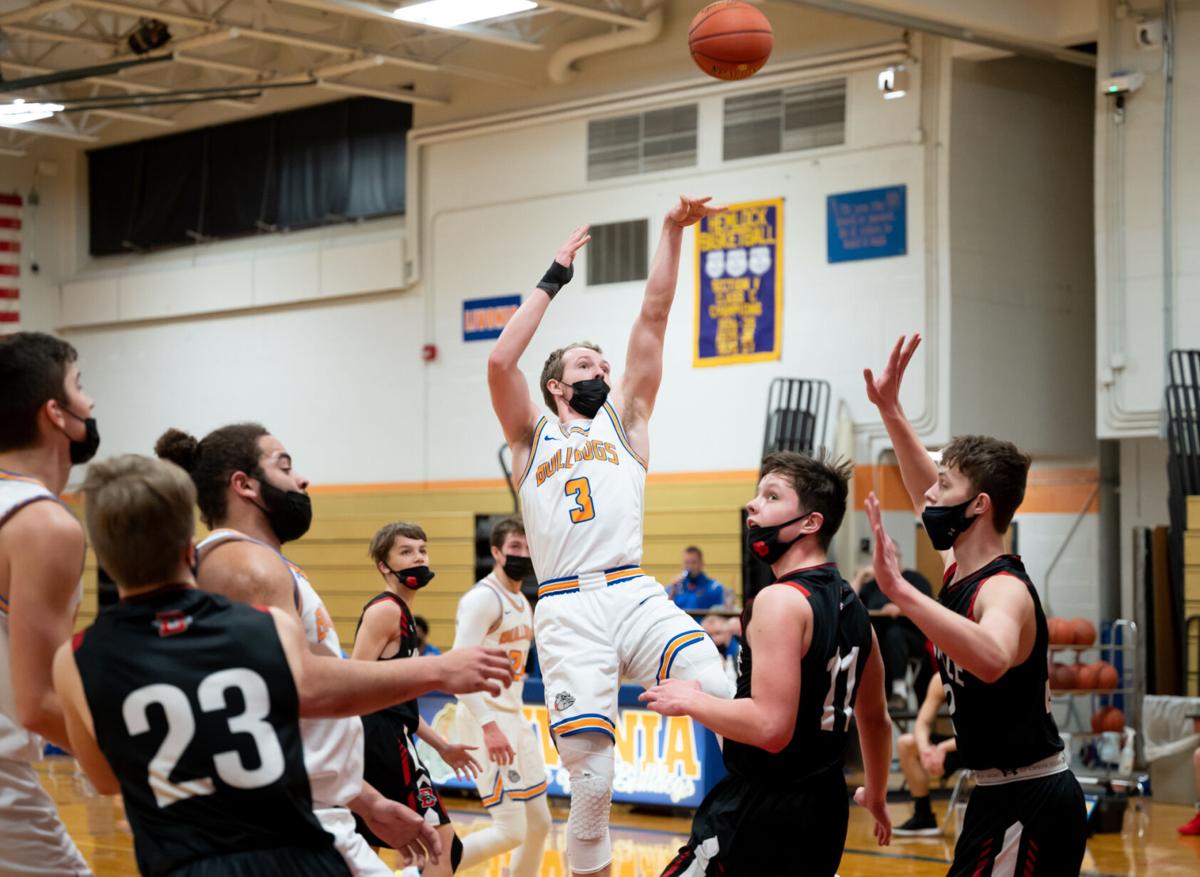 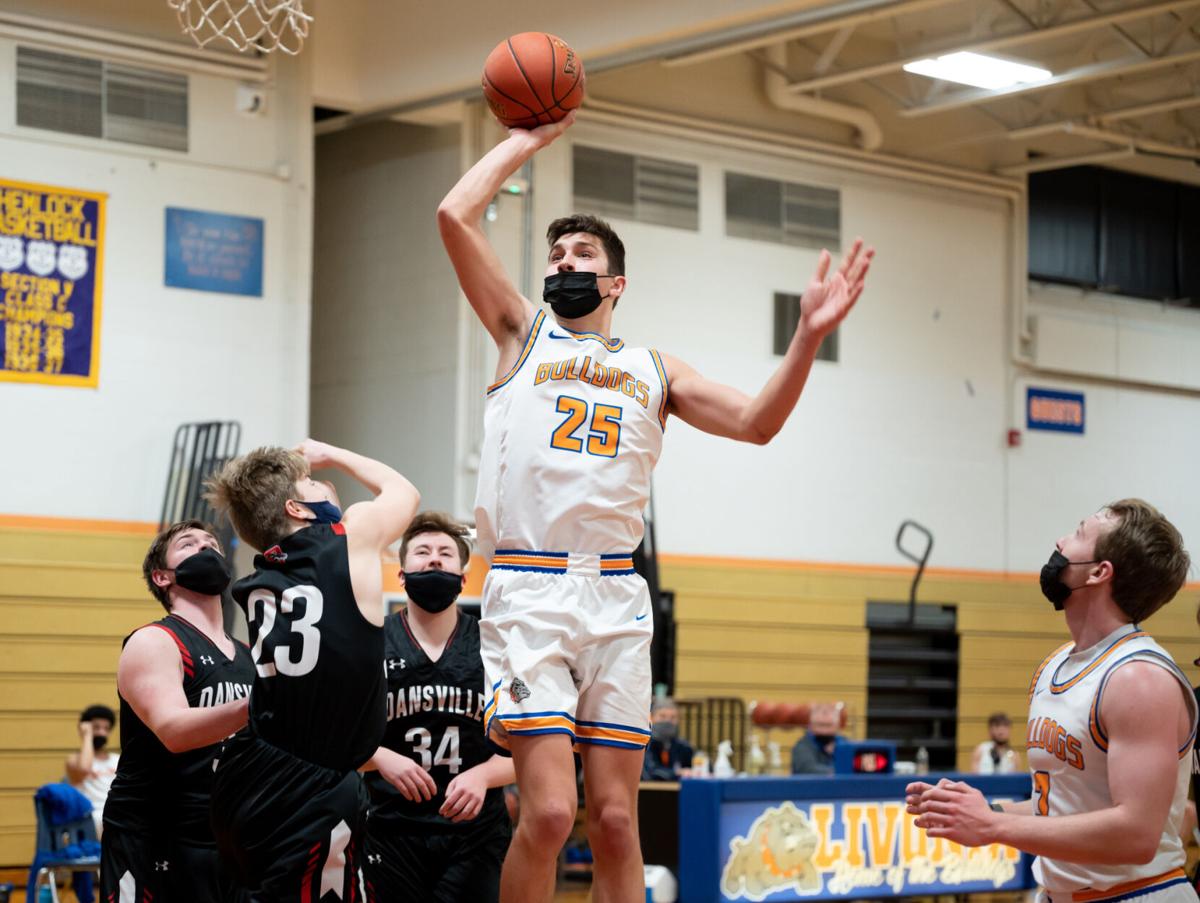 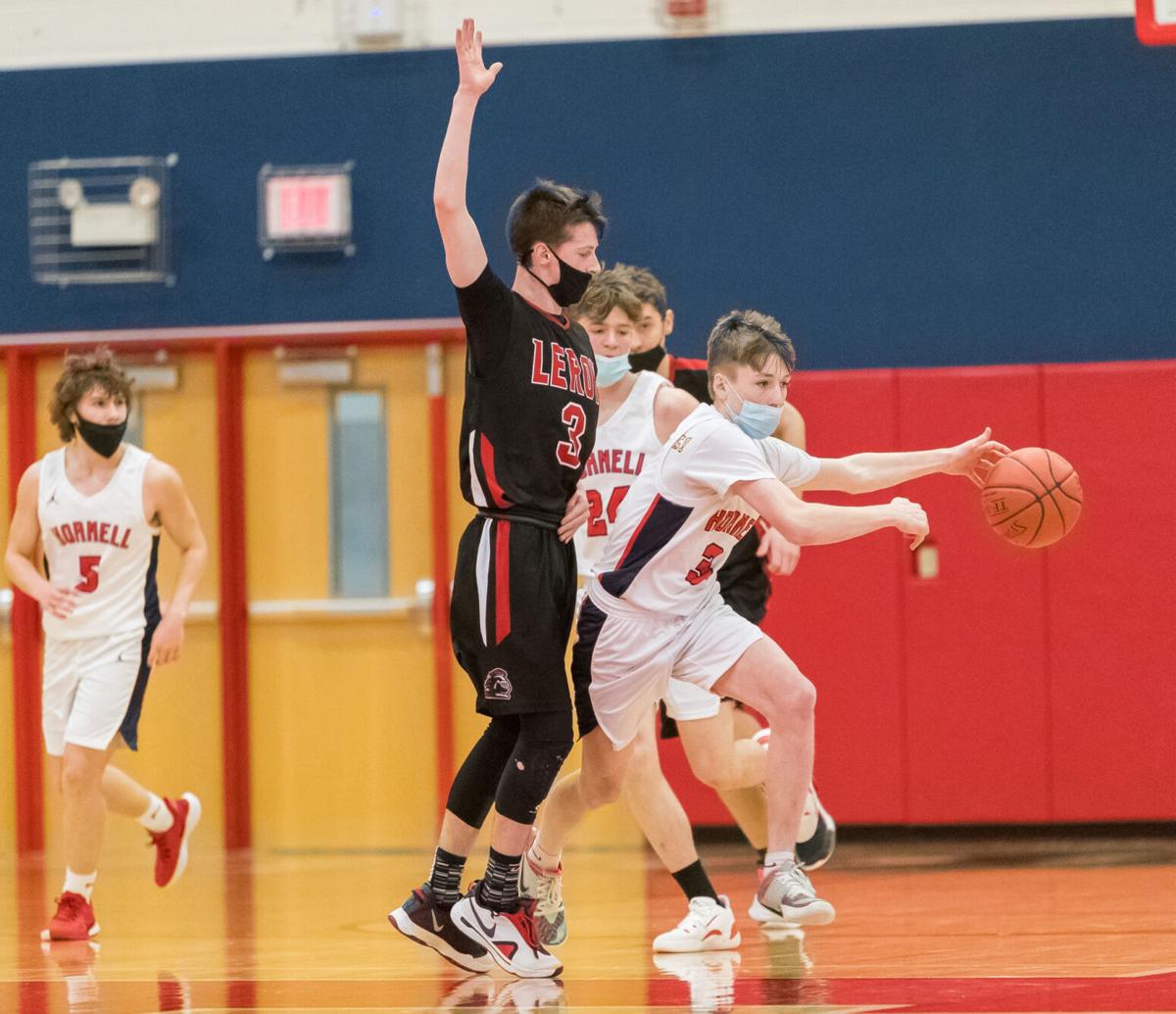 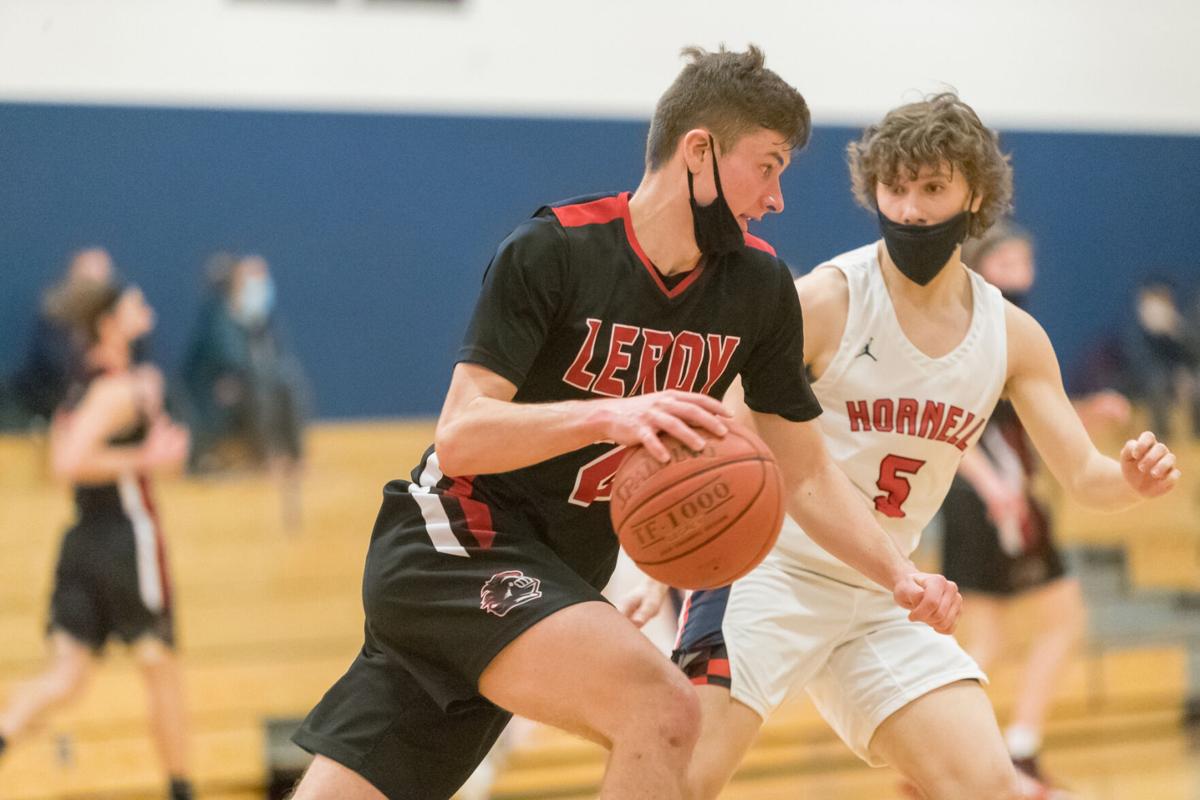 Lindsey Meys/For The LCN | Livonia’s Shawn Minnehan reaches in for the steal.

CALEDONIA — After a slow start, the Cal-Mum boys rolled rival Geneseo, 69-38, on Tuesday night behind 15 points, seven rebounds and four assists from junior Kyle Wade. The Raiders led just 12-8 after the first quarter and 25-18 at the half but poured in 26 points in the third quarter to take a 23-point advantage into the final eight minutes.

“I thought, for the most part, we played great defense all night,” said Cal-Mum head coach Dan Dickens. “But we finally were able to get our transition going in the third and were able to get some easy buckets.”

“Kyle did a great job on (Wright) all night,” said Dickens. “It’s not easy holding a player as talented as Adam to single digits.”

With the win, Cal-Mum is 9-0 and looks ahead to a matchup with Mt. Morris tonight. Geneseo fell to 5-3 and will face Keshequa this evening.

A 29-point second quarter propelled the Bulldogs to the blowout win over the Mustangs. Senior Michael Bean exploded for 21 points to lead Livonia, while senior Shawn Minnehan had a nice all-around game and finished with 15 points, as did sophomore Chris Coyle. Senior Steffan Gwyn threw in 12 points for the ‘Dogs (9-0).

“Livonia is a very good team,” said Dansville head coach Dave Moodie. “That’s the level of basketball that the underclassmen on our team need to aspire to be at.”

The Knights fell behind 15-5 at the end of the first quarter and never recovered, falling to Hornell by five.

A slow start plagued the Blue Devils as the Gophers took a 29-16 lead at the half behind 16 Mt. Morris turnovers, and that proved to be enough. Mt. Morris managed to cut their deficit to eight at the end of the third quarter and whittled it down to as little as four with three minutes to play, but Pavilion made the plays they needed to down the stretch and sealed the deal.

“We got off to a terrible start,” said Mt. Morris head coach Brian Stout. “We were soft with the ball and kept leaving our feet on passes. In the second half, we took care of the ball and only had four turnovers.”

A fine all-around effort from Trevor Wiedrich led the Gophers, as the senior finished with 15 points and nine rebounds. Senior Cole Tillotson led all scorers with 17 points to go with five assists, sophomore Zack Tillotson played a fine defensive game and dished out five assists, while senior Dylan Dziekan was also a factor on defense as well as on the boards for Pavilion (4-4).

A strong start to the second half paced the Indians, as their lone senior, Bryce Helmer, went off for seven straight points out of the break to give his team a sizeable advantage. Letchworth extended its lead to as many as 19 before the Golden Eagles shot their way back into the game. Indians junior Lucas Hansen made the front end of a one and one with 21 seconds remaining to help seal the slim win.