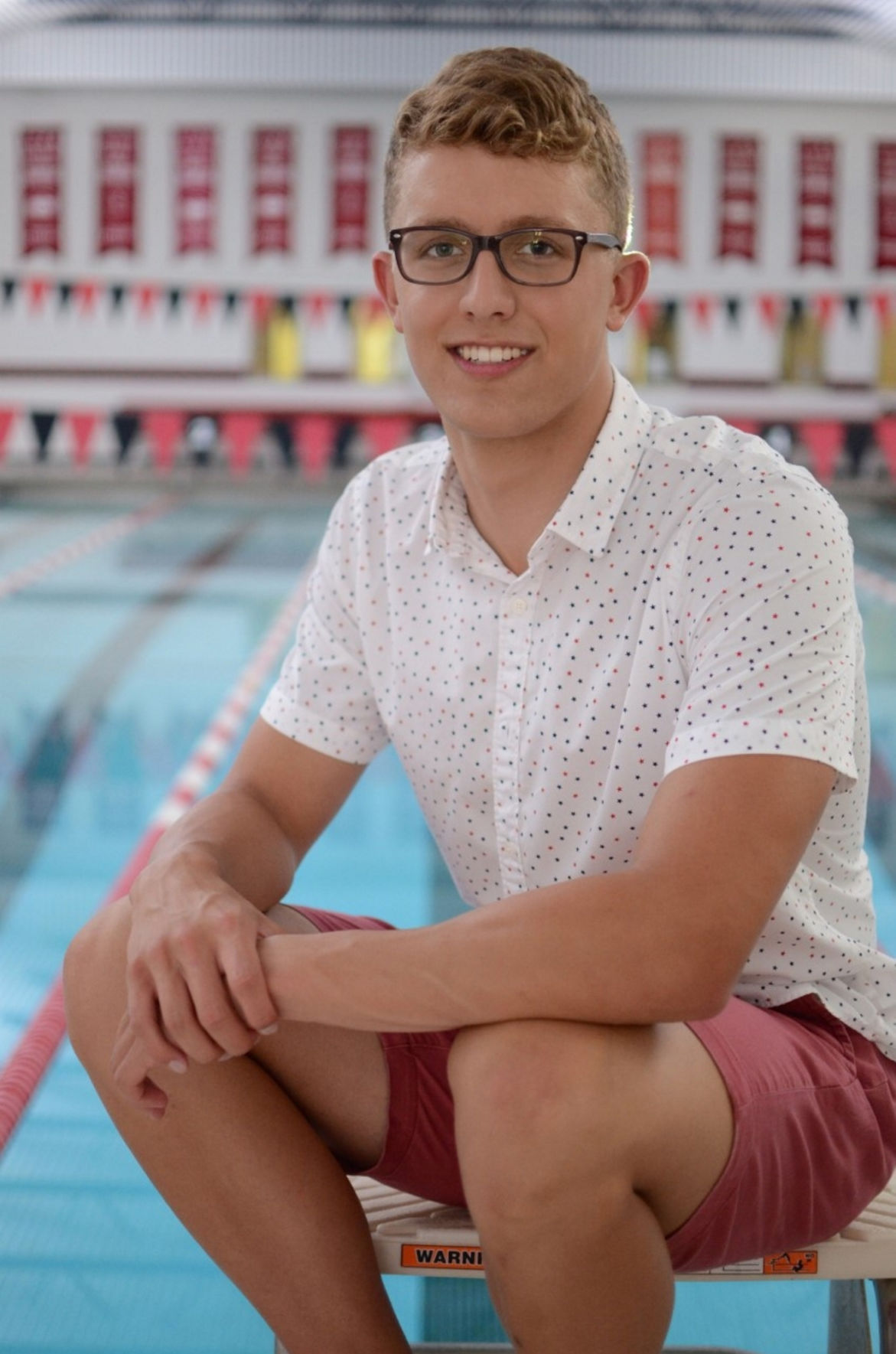 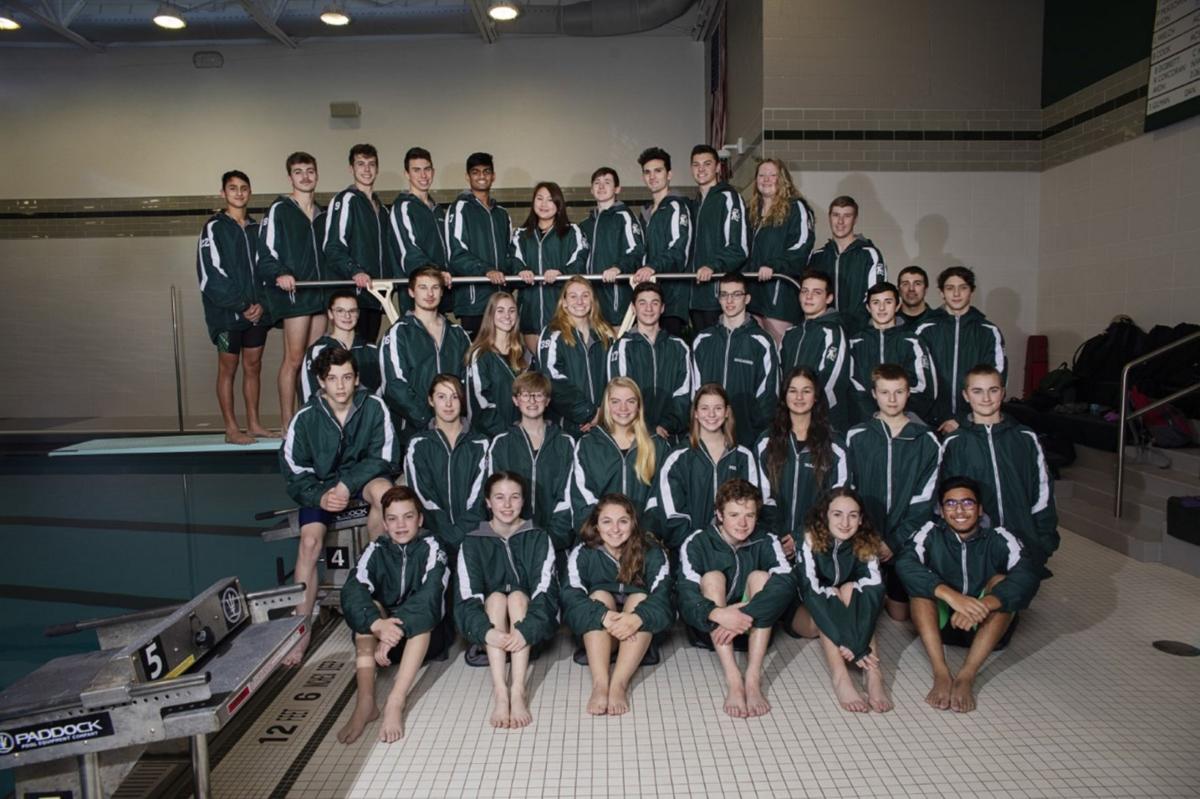 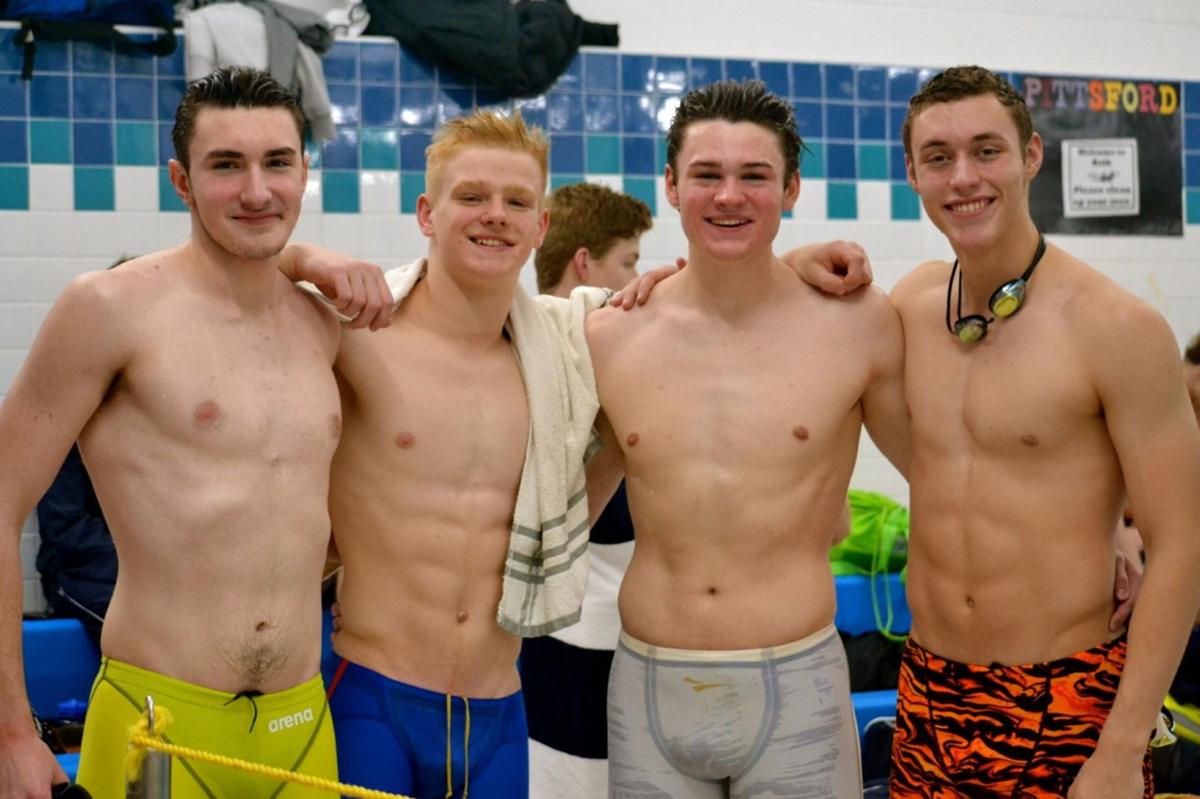 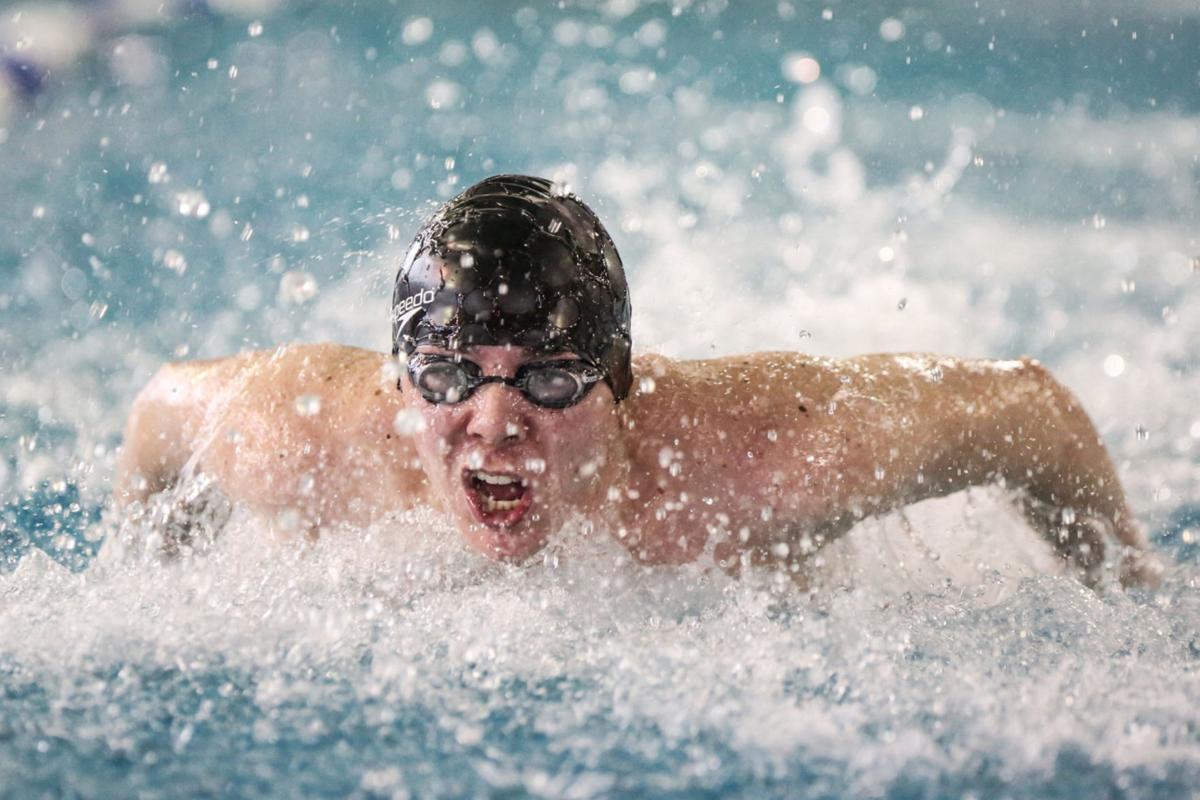 Daily News file photoAttica’s Alex Kunes performs during the Boys 200 Yard IM and placed first with a time of 2:06.54a number of years ago. Kunes set a Meet Record during the GRL Championships, which as held at Gates. 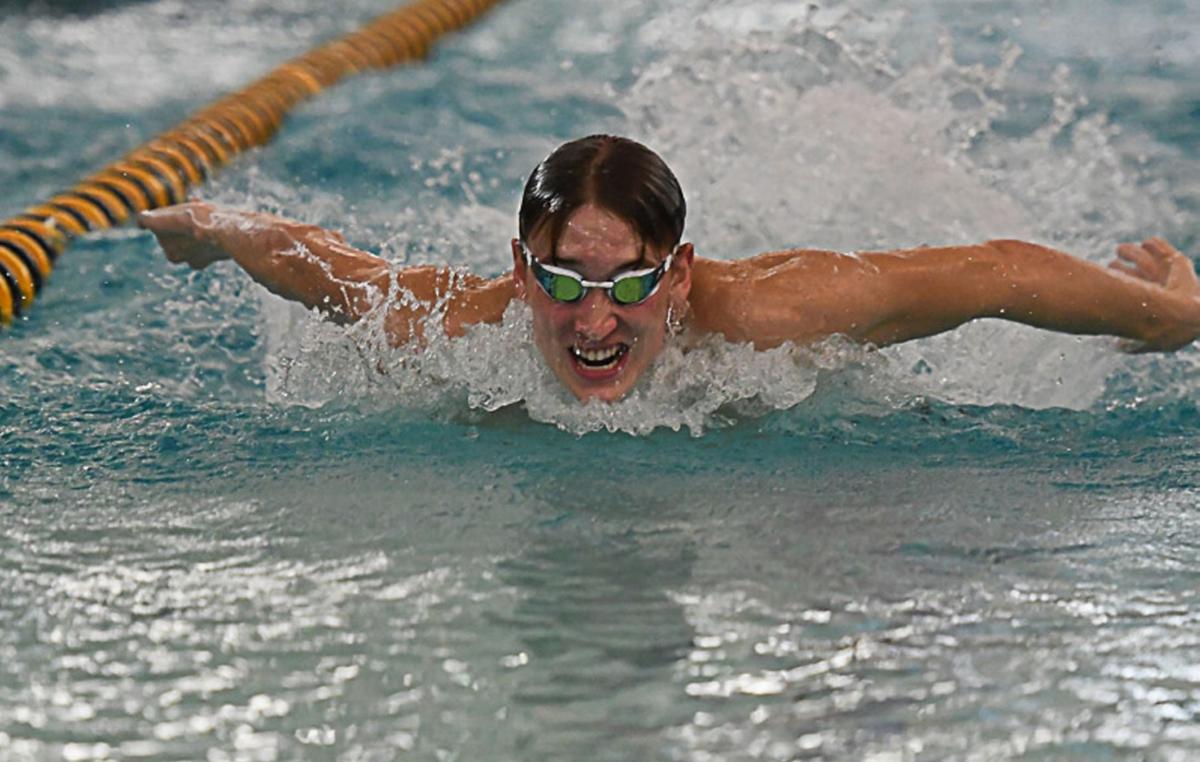 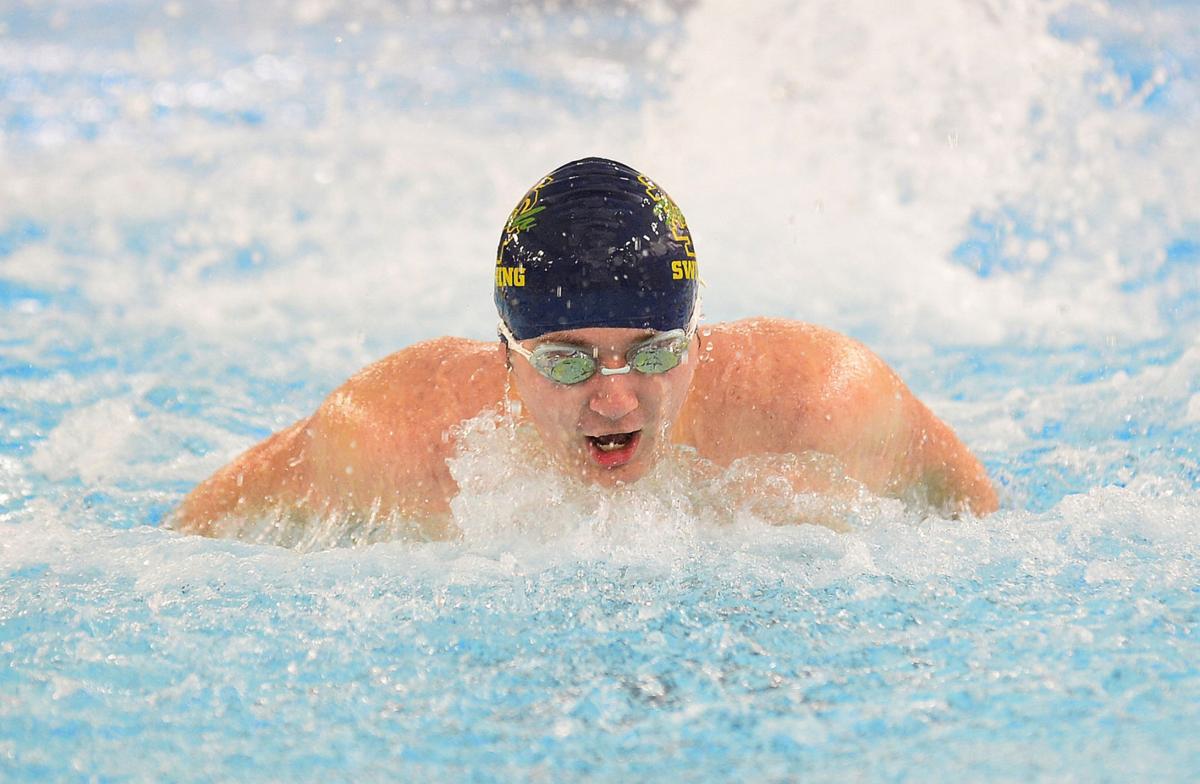 Daily News file photoAttica’s Alex Kunes performs during the Boys 200 Yard IM and placed first with a time of 2:06.54a number of years ago. Kunes set a Meet Record during the GRL Championships, which as held at Gates.

The past decade for boys swimming and diving for area teams has been tremendous.

There have been numerous individual and team sectional titles won, along with significant representation at the NYS Championships from area athletes.

Let’s take a look first at the area leagues, how they have fared at sectionals, and then at those individuals that have competed at the highest level of high school swimming.

GRAA: The eight teams of the Genesee Region Athletic Association have provided many competitive contests over the past 10 years. An analysis of the period has shown a few different teams enjoying time on top, with the usual ups and downs as team sizes fluctuate and coaching changes affect teams. It is great to witness that these coaches work hard in finding ways to be competitive. As numbers in all sports have seen a drop, we have seen a couple of teams merge with other schools without an official team in order to find their way to be competitive.

Here are the top three teams by record:

1. HAC (89-9-2 overall record). While the boys have been strong, the Wolves have met some stiff resistance early in the decade by Alexander and later in the decade by the newly merged Notre Dame and Batavia teams. Being in the GRAA with similar sized schools has help their program succeed on the sectional level, and has helped the GRAA to be faster on the top end. The league records have essentially been re-written by a variety of GRAA schools due to more competition that the Wolves had added. HAC has helped push the GRAA to be faster and the coaches continually work to rise to the challenge.

2. ALEXANDER (65-34-1 overall). The Trojans have had the most ups and downs of all the GRAA, and have managed to be among the top teams in the conference. Alexander has enjoyed three undefeated seasons in the past 10-year span including 2011, 2013, and 2015, and are always a tough team that never quits. They have had some outstanding swimmers — from Section V sectional record holder Robbie Brown, to Kyle Zimmerman, Nate Richardson, Dylan Scharlau, Tom Slenker, and Ben Vacanti to the most recent talent of Dominic Lamintina, Ethan Stroud, and Nate Luker. Long-time coach Beth Shea has kept the Trojans as contenders in every meet and has been involved in many close, highly competitive meets.

3. ATTICA (61-39 overall). The Blue Devils are traditionally an over .500 team and, similar to Alexander, is a team that always hangs in the meet through the end. If you have ever seen Coach Anthony Ianni on deck, you would agree he is the most animated coach out there and gets his swimmers to swim hard and realize their potential. Until recently, Attica has had the hard divisional meets against Alexander and Pembroke, vying for the divisional title, usually coming down to the final relay. The Blue Devils have been led over the years by Peter Bertoldo, Tyler Stachowiak, NYS qualifier Alex Kunes, Andrew Stoffel, Alex Dedoszak, and most recently by Teddy Hermann, Andrew Parkhurst and Joseph Parkhurst.

Honorable Mention: Pembroke is at .500 over the past 10 years and is one of the teams that has battled with Alexander and Attica. Another long-time coach, Dave Seward, has his teams prepared year after year to be competitive. They have been led by swimmers Christian Burns, Alex Bookmiller, Vinny Johnson, Dan Sonnenfeld, and Ben Scoins.

Two recently merged teams in Byron-Bergen/Le Roy and Notre Dame/Batavia have added a new twist in the league.

While ND/Batavia’s impact was immediate and gave the Irish the depth they so lacked, BB/LR is slowly developing into a contender with some up and coming talent. The Irish have some big names such as NYS qualifier Arron Carlson, along with Matt Sausner, John Lee, two-time NYS qualifier Chris Lemley, Dan Nickerson, and newcomers in two-time NYS qualifier Cooper Mattice, Aaron Treleaven, Harrison Southall, and Harry Schafer. BB/LR has had great swimmers like Jake Rada, Shawn Wahl, Milton Griffin, Jordan Gardner, and newcomer Brady Fix.

Oakfield-Alabama has had some success as well behind swims from Ryan Dunlap, Trent Stack, Nate DiSalvo, Michael Adamczak, Cole O’Donnell, and Ryan Schildwaster, while Wheatland-Chili, struggling with numbers, has had some top swims from Phil White, Austin Woerner, Jason Woerner, and Aaron Berghash.

LCAA swimmers have had a slight upper hand on the GRAA, which could be due to school size, as many of the LCAA teams are larger than the GRAA. Another aspect is that most of the small LCAA teams have girls competing as boys, as some do not offer a separate girls team as the GRAA does so, that does help in the big picture. To compare the LCAA teams, the average finish at the LCAA Swimming Championships was used.

This past season, both Livonia and Avon were tied, ranked No. 4 in NYS for small schools. Both easily won their respective sectional titles.

Let’s look at the top 4 teams of the LCAA:

1. LIVONIA (average LCAA finish of 1.33). Livonia has won the LCAA championship meet six out of the past nine years, taking second the other three. Like the girls program, the Bulldogs are a top contender with back-to-back sectional titles in Class B, and the Class C title in 2018. This past winter, Livonia swam away with the Class B crown by over 120 points against runner-up Irondequoit led by ‘Swimmer of the Meet’ Phil Morgan, who captured two individual titles and helped win two relays along with Robbie Stewart, James Frisbie, Christian Tewksbury and Logan Bronecki. Morgan, Bronecki, Stewart, Frisbie, and Tewksbury all swam at the state meet on Long Island.

2. AVON (average LCCA finish of 2.22) The Braves — perennial Section V Class C champions year after year — have fallen to Livonia the past five years in head-to-head dual meets. In Class C sectionals, the Braves have won an impressive six team titles over the past 10 years. The Braves won the Class C title this year by over 200 points against runner-up Dansville. Avon has had many NYS qualifiers in the past including Austin Mazurowski, Jacob Zitz, Nic Wolfer, Trevor McCabe, and Reverdy Clarke. Other standouts include Nate Taylor, Marcus Stickel, Nolan Corrigan and Cameron Keatley. Look out for super-sophomore Joleigh Crye the next two years as she beat all the boys this season winning a sectional title in the 200 IM and was also on two winning relays, earning three sectional patches.

3. DANSVILLE (average LCAA finish is 3.55). With two Class C titles and four runner-ups, the LCAA flexes a lot of muscle at the sectional level. The Mustangs won the Class C title back in 2011 when they edged Avon by just seven team points. They also won the 2012 Class C crown with a blowout victory over second place Bath-Haverling. Dansville NYS qualifiers include Dave Coombes, Isaiah Hale, Jonathan Vogler, Shane Gilman, and most recently Aidan Kreiley, who has also qualified for the Olympic Trials. Kreiley became the first swimmer in LCAA history to win a NYS title this past winter when he touched the wall first in the 100 breast. Kreiley, a senior, is heading this fall to the University of Louisville. Watch out for younger brother Zack coming the next two years.

4. WAY-CO (average LCAA finish of 4.0). In 2013 the Golden Eagles grabbed the Class C title but have since had low numbers and very little depth. During the magical 2013 title they were led by Don Martell, Kyle Kelley, Dylan Pebbles, Kyle Costello, and Nathan Stevenson. While they have not had any NYS qualifiers, they have had some strong individual swimmers to hang with our top three LCAA teams.

York comes in with an average finish of 5.44 in the LCAA championships, and have enjoyed some sectional success in the past in Class D representing the LCAA, slightly ahead of Geneseo. Both of these teams are well represented at the sectional level, with York grabbing four straight Class D titles running from 2012 to 2015 and Geneseo getting the Class D title in 2016. York was led by NYS qualifier Troy Lubanski, while Geneseo had Thomas Marshall, John Baker and Alex Krueger punch individual tickets to the state meet.

The LCAA is a stronger league, much due to the reason stated earlier, bigger schools and girls adding depth for some of the LCAA teams. It is sort of comparing apples to oranges in a way, although they all grow on trees. Livonia is the top area team over the past decade, hands down, led by top level swimmers and great depth and a talented head coach in Jonah Keihle, who coaches both the boys and girls.

Avon comes in at second with six sectional titles under head coach Dan Paganin, who has done a wonderful job in his tenure always keeping the Braves highly competitive against Livonia.

Next up would be Dansville and Way-Co who compete in the top of Class C, then we get a couple of Class D teams, HAC with three sectional titles and York with four. The Wolves average sectional finish is 2.5 to York’s 2.9.

Class C team Bath-Haverling has a slight edge over Class D Geneseo, and then Alexander, who spent a couple of years in Class C, but most of the past decade in Class D.

If we were doing a top 10, the final three spots based on average finish at sectionals over the past 10 years would be Notre Dame, Oakfield-Alabama, and Pembroke.

Over the past 10 years, this area has seen 25 swimmers individually qualify and compete at the NYS Championships with Dansville’s Aidan Kreiley the area’s lone state champion (100 breast). This does not count the relays that have qualified. The top three all have Sectional Class records along with other accolades.

Another member of the Class of 2020 Hall of Fame is the Class B, 100 Backstroke record-holder Michael DiBacco, of Batavia. Swimming solo with Notre Dame for his career, DiBacco was a three-time NYS qualifier in multiple events, including the 50, 100, 200 freestyle and the 100 backstroke.

From the high school class of 2020, Kreiley of Dansville, who has Class C sectional records in the 100 Breaststroke and 200 IM. He is a four-time NYS qualifier including the 200 IM, 200 freestyle, 100 freestyle 100 fly and 100 Breaststroke, and an Olympic Trials qualifier. No doubt, he will also be a Section V Hall of Famer in the future.

Other NYS qualifier’s include: