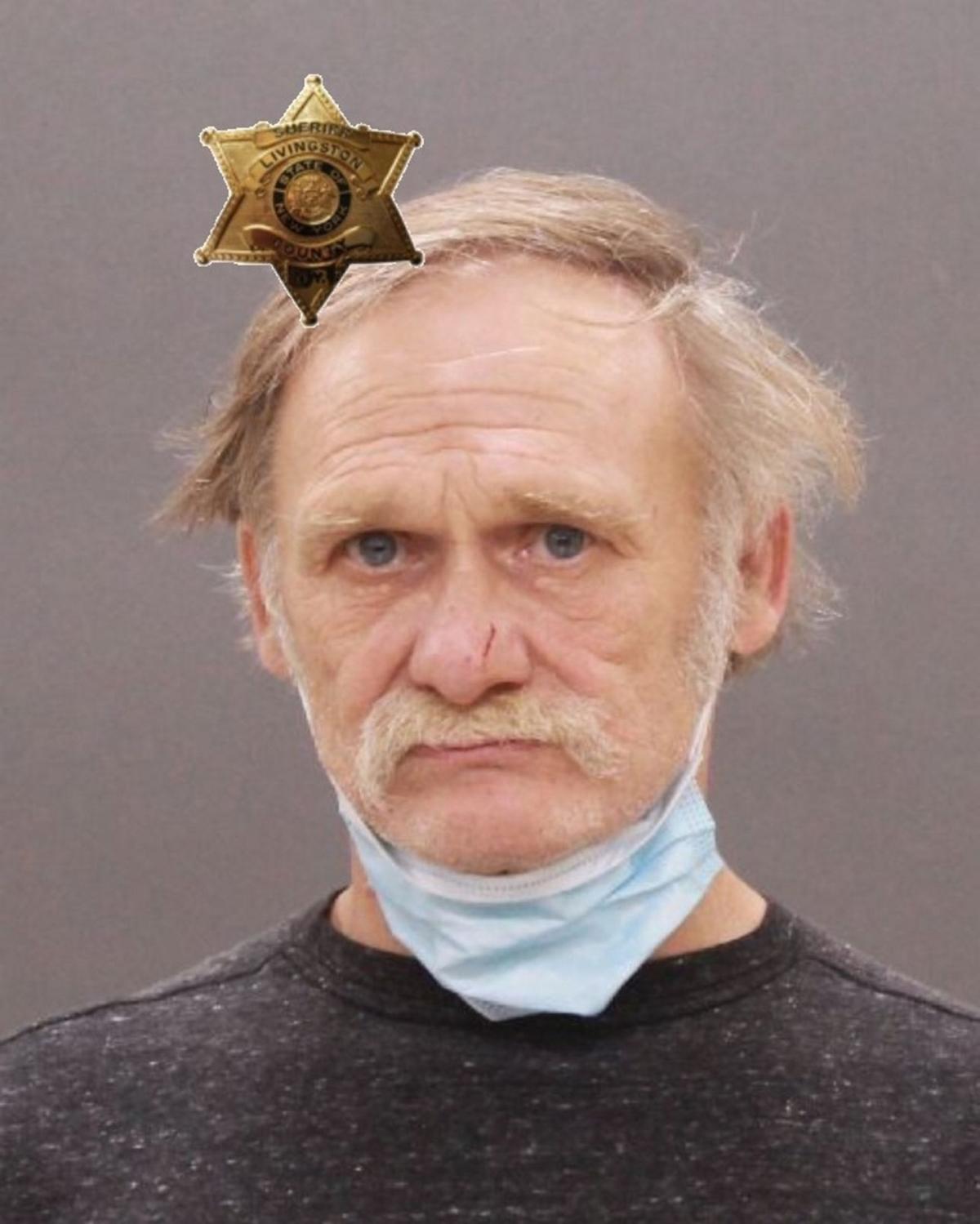 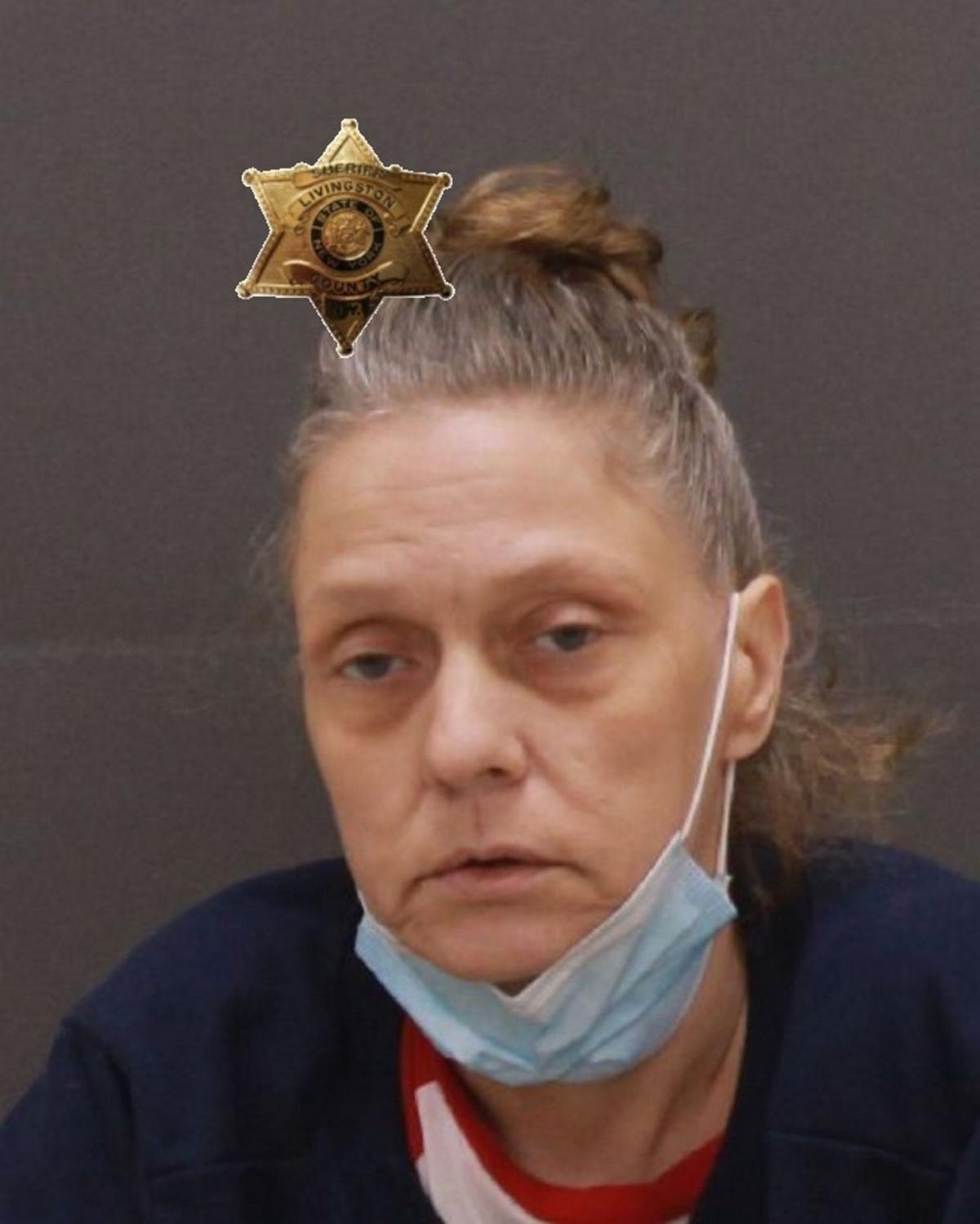 A Geneseo man was arrested twice on drug-related charges May 9 following investigations into separate incidents a little more than a month apart, according to reports from the Livingston County Sheriff’s Office.

The arrests of William J. Rochester, 66, came after lab tests from the incidents were completed and returned to the Sheriff’s Office.

The first incident resulted in two arrests on drug-related charges following a Jan. 7 traffic stop that was first reported as a possible domestic incident occurring roadside in a vehicle on Lakeville Road near Interstate 390 about 7:55 p.m.

A short time later, Sheriff’s Investigator Connor Sanford located the vehicle traveling on Lakeville Road near Morgan View Drive and initiated a traffic stop on the vehicle, which was being operated by Rochester. The passenger in the vehicle was identified as Kerri L. Forsberg, 48, of Geneseo.

The deputy suspected that the two were involved in drug activity and that Rochester was under the influence of drugs. Deputy Michael Phillips of the Sheriff’s Office STOP DWI Unit, conducted a roadside driving while ability impaired investigation, which included the performance of standardized field sobriety tests, the Sheriff’s Office said.

Rochester and Forsberg were also allegedly in possession of suspected crack cocaine along with other drug paraphernalia, the Sheriff’s Office said.

At the conclusion of the roadside investigation, Rochester was transported to the Sheriff’s Office Substation in Lakeville where Sgt. Joseph Breu, a certified Drug Recognition Expert, conducted an evaluation. It was Breu’s expert opinion that Rochester was under the influence of a central nervous system stimulant and that he could not operate a vehicle in a safe manner, the Sheriff’s Office said.

A urine sample was also collected to be analyzed.

Rochester was released at the time to a sober third party with an arrest pending lab results.

Forsberg was also not charged at the time both due to newly enacted discovery laws.

The drugs and urine sample that were collected were sent to a forensic lab for testing. The results revealed that the suspected crack test positive for cocaine and that Rochester did have narcotic drugs in his system, the Sheriff’s Office said.

Rochester was arrested May 9 and charged with Driving While Ability Impaired by drugs and seventh-degree criminal possession of a controlled substance.

Forsberg was also arrested May 9 and charged with seventh-degree criminal possession of a controlled substance.

There were no charges resulting from the domestic incident.

Rochester and Forsberg were issued appearance tickets for the charges as the offenses did not qualify for arraignment or bail to be set under the state Justice Reform Act. They will answer the charges in Town of Geneseo Court at a later date.

Rochester is also facing charges in connection with a Feb. 21 traffic stop on Interstate 390, the Sheriff’s Office said.

Rochester was charged May 9 with seventh-degree criminal possession on a controlled substance.

On Feb. 21, Deputy Jerry Pilkenton, which assigned to the Sheriff’s Office Operation Safe Interstate initiative, stopped a vehicle after observing an alleged violation of state Vehicle and Traffic Law.

Rochester was found to be in possession of a substance suspected as being crack cocaine. The drugs were collected and sent to a forensic lab for testing. The results revealed that the suspected crack tested positive for cocaine, the Sheriff’s Office said.

Rochester, who was not charged during the initial stop, was charged May 9 and issued an appearance ticket to answer charges in Town of Geneseo Court at a later date.