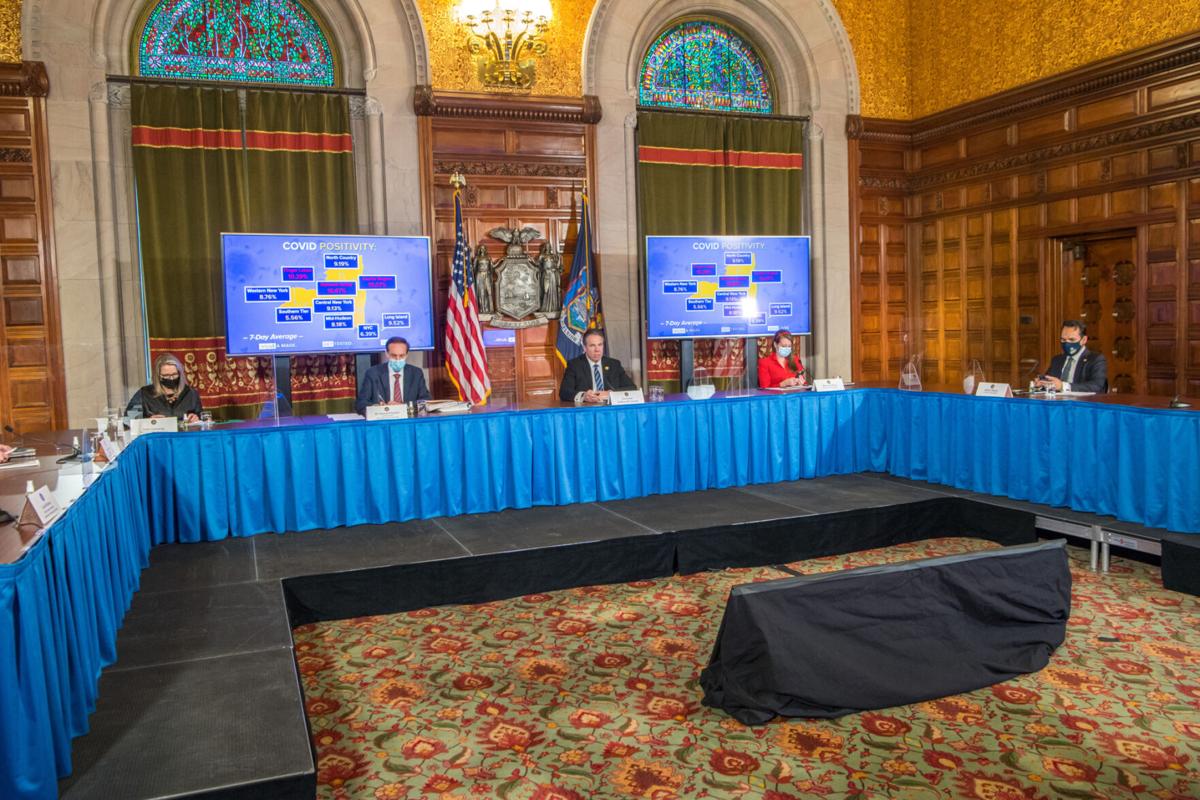 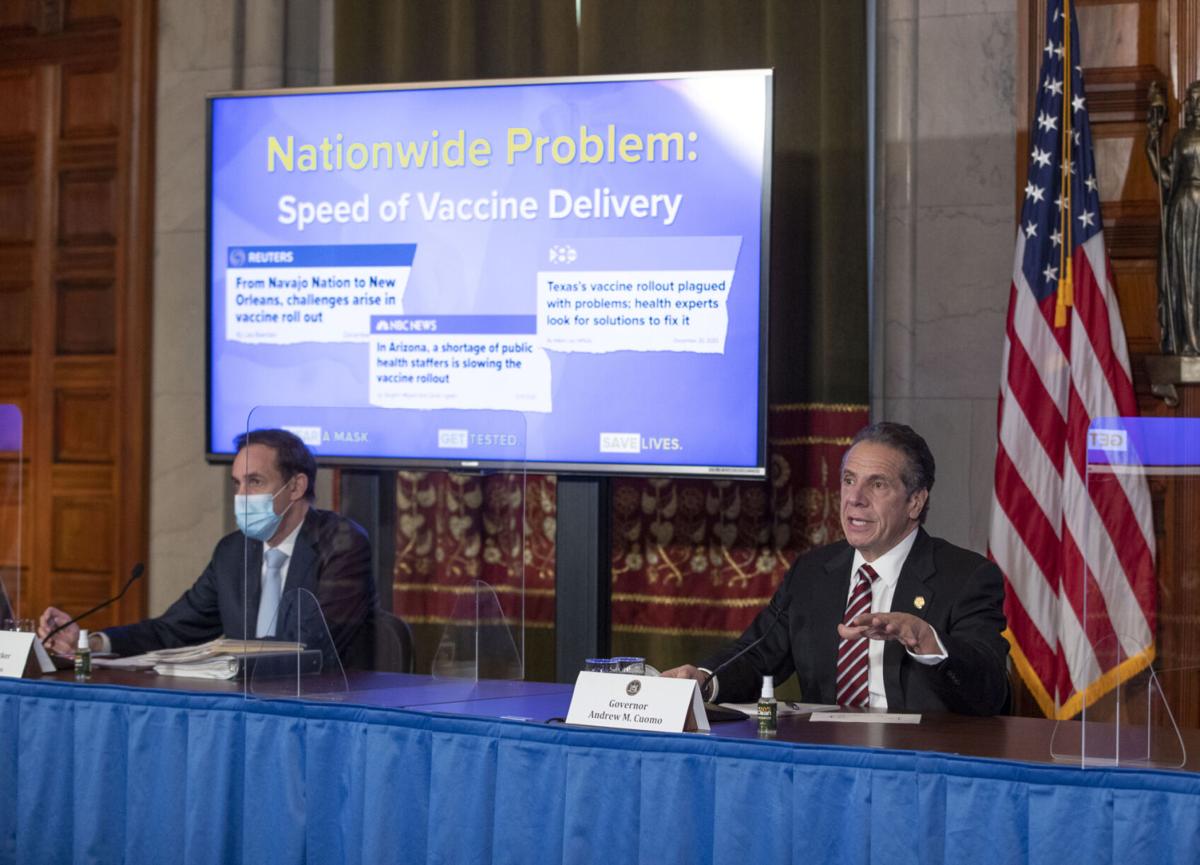 The state will authorize thousands of additional providers, including networks of doctors, county health departments, ambulatory and urgent care centers and pharmacies to hasten vaccinating New Yorkers as initial rollout at state hospitals has been sluggish.

About 430,000 unused vaccine dosages remained to be distributed Friday among the state’s nearly 200 hospitals.

“Which is significant progress .... [but] they’re ramping up too slowly,” Cuomo said. “I was direct with the hospitals and we have responded, plus or minus. Hospitals have increased their efforts, but it’s still not enough.”

The larger vaccine distribution network will start to administer immunizations next week, including 500 of the state’s approximate 5,000 pharmacies. The pharmacies will start accepting vaccine reservations Monday.

“You can’t just show up at the pharmacy,” Cuomo said. “You go to a website, find out the location nearest you, make a reservation. That will happen on Monday.”

The state did not release the website address to the online vaccine reservation portal Friday.

The governor urged patience as the state increases distribution capacity and the federal government works to ramp up vaccine distribution in the coming weeks.

The state needs to vaccinate 14 million New Yorkers to achieve immunizing 70% of the state population. It would take 47 weeks to reach the necessary 70% for the low end of herd immunity at the state’s current rate of administering about 300,000 dosages per week, and 14 weeks, or until mid-April, to complete vaccinating the eligible groups in Phases 1A and 1B.

“Don’t be surprised if the appointment is three months from today,” Cuomo said. “That is the necessity by the supply we’ve received. ‘Well, get more drugs.’ I can’t. If I could, I would. President-elect Joe Biden is making some moves I think are very smart. We’re working with his team on moving supplies as quickly as possible.”

Distributors will continue to first prioritize vaccines for the state’s 2.1 million health care workers on the coronavirus pandemic’s front lines, or in group 1A. Eligibility will be expanded to New Yorkers in group 1B Monday, including about 1.4 million people aged 75 and older, 870,000 education workers, 207,000 police and firefighters, 100,000 public safety and 100,000 transit workers.

More than 479,000 of the state’s 2.1 million health care workers, or 23%, on the coronavirus pandemic’s front lines have received a vaccination as of Friday afternoon.

Twice this week, Cuomo identified the hospitals working the fastest and slowest to distribute coronavirus vaccines to New Yorkers. A Monday state Health Department directive required hospitals to administer their vaccine inventory by Friday or face up to a $100,000 fine.

Facilities must continue to use all vaccine doses within one week of receipt going forward, otherwise a provider could be disqualified from distributing future vaccines, according to the directive.

The federal government is expected to increase vaccine supply with the potential approval of additional COVID immunizations from other drugmakers, in addition to Pfizer and Moderna.

Also Friday, Cuomo called for President Donald Trump to immediately resign before his remaining 12 days in office, or Biden’s Jan. 20 inauguration, on the heels of violent protests and attempted insurrection by a mob of infuriated Trump supporters at the U.S. Capitol on Wednesday that killed five people, including four demonstrators and one Capitol Police officer.

Officers tried to resolve violent events across the Capitol Complex for several hours Wednesday, responding to reports of two pipe bombs and a suspicious vehicle. Hazardous Materials Response Team determined both pipe bomb devices were real and disabled the potentially deadly explosives before turning them over to the FBI for analysis.

“I believe if he doesn’t resign, I believe he should be impeached,” Cuomo said. “He only has [12] days. That’s not the point. The point is the statement is that we do not tolerate this as a government.”

The governor called on every federal official in the state’s Congressional delegation to call for Trump’s resignation.

“If you don’t, you will live with it forever.”