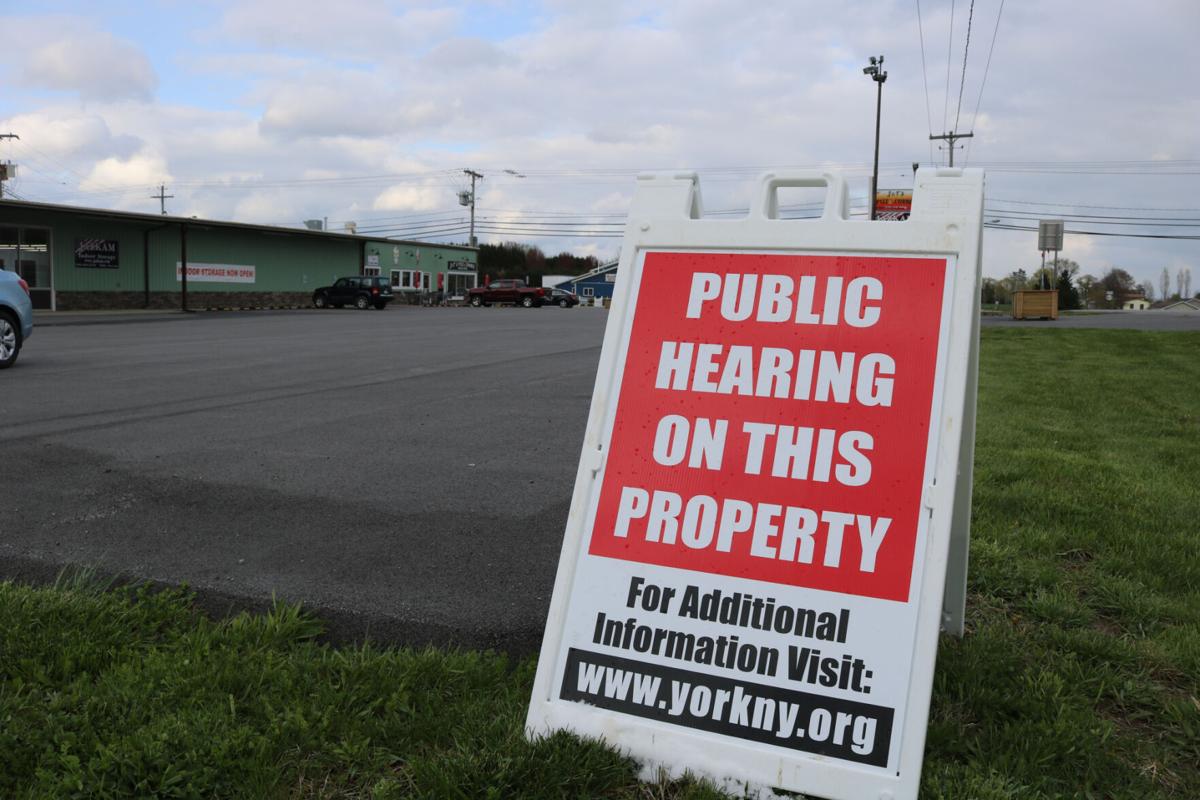 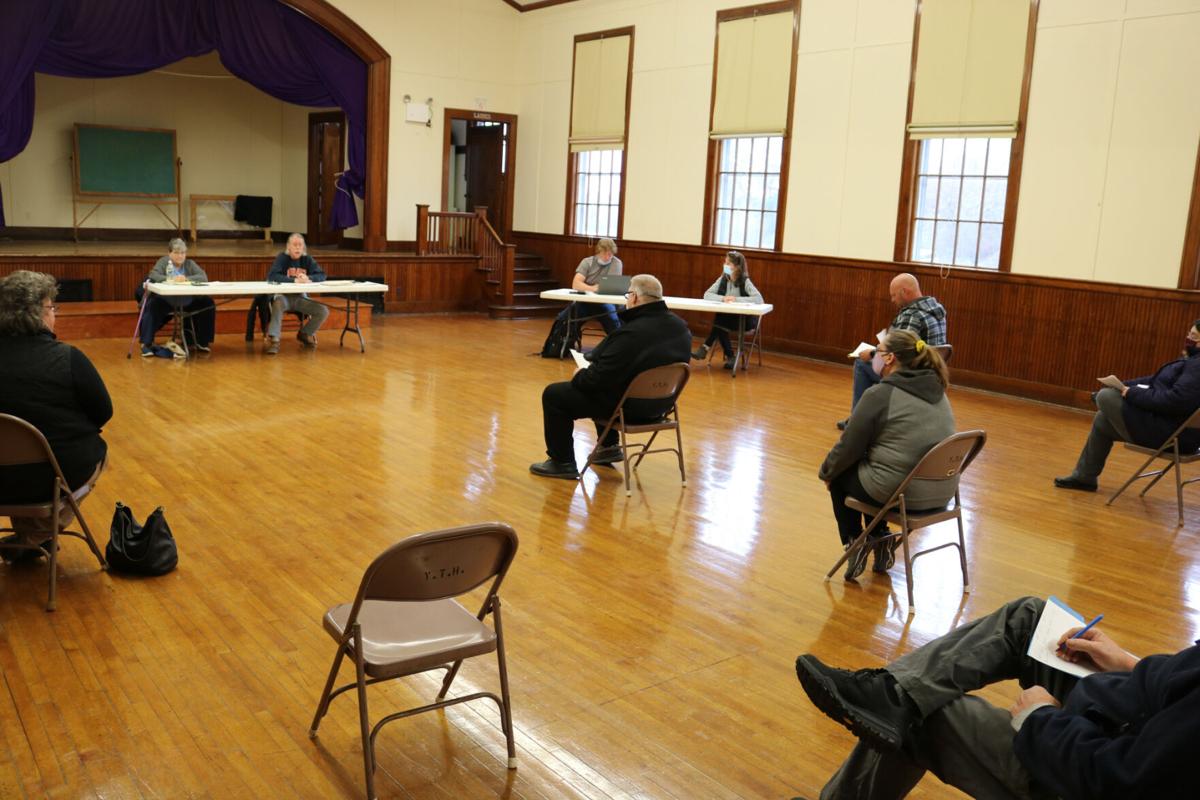 Brendan McDonough/Livingston County News No decision was made by the York Zoning Board of Appeals on if an outdoor flea market should be added at the old Bank of Castile at the former Shurfine Plaza location. Ronald Rossborough is seeking a use variance, which per state guidelines needs to be reviewed by the County before anything can happen.

Brendan McDonough/Livingston County News No decision was made by the York Zoning Board of Appeals on if an outdoor flea market should be added at the old Bank of Castile at the former Shurfine Plaza location. Ronald Rossborough is seeking a use variance, which per state guidelines needs to be reviewed by the County before anything can happen.

YORK – No decision was reached on plans to add an outdoor flea market and farmers market at the old Shurfine Plaza near the intersection of Route 63 and Retsof Road east of Greigsville.

“I am planning on opening in May,” said Ronald Rossborough, the man behind the proposal.

Rossborough’s plans could be put on hold because at public hearing last week the York Zoning Board of Appeals said the type of variance that Rossborough is seeking needs to be reviewed by the Livingston County Planning Board at its next meeting. Those recommendations will, in turn, then be brought up at the town’s next zoning board meeting.

“A lot of government is wired in red tape and I think most people can agree with that. I think this is one of those issues,” said Mark Connolly, chairman of the York Zoning Board of Appeals. “When the state came out with their requirements for us variances, they do not like grant them very often. They make it extremely difficult to get a use variance and that is kind of where we are at.”

The current farmers market proposal includes adding about 20 different vendors in the parking lot and about six different farmers market stands. The flea market will be on Saturday and Sunday from 8 a.m. to 4 p.m. Rossborough said he wants to do it because he is adding an antique store in the space and feels the extra food traffic would not only help him but also other businesses in the area.

“I wanna be able to bring business into the area. There is a pizza place in the plaza, a dollar general across from where I want to have the flea market and I would just like to have an avenue for people to see things and provide goods to the public,” he said.

Rossborough said several people have already contacted him and expressed interested in setting up a stand. It is something that he says will not only help him but also other people trying to see locally made products.

“I have not had any resistance. There is really not a lot of businesses in this area, so to it would just bring in business and help the stores that are here,” said Rossborough.

At the meeting some board members expressed concerns about parking and restroom facilities. Rossborough said he’s already thought of that and would ask vendors to unload their products from their cars and set it up on the tables. Two restrooms are in his store and he said they would open for both vendors and customers to use.

“I think it is just going to draw more local people that are in the area, rather than driving to Avon to go to a flea market,” said Rossborough.

The state and county requirements and recommendations needed before the farmers market can be set up are things that even Rossborough admits were new to him and caused visible frustration for some of those in attendance at the meeting.

“It is a shame...,” said Aprile Mack, who attended the meeting. “I would think that the town of York would want to see business in that vacant end of the plaza that is an eyesore.”

The public hearing was not closed, so if people still want to comment on the proposed flea market they can. The Zoning Board of Appeals will meet again on May 19 at 7 p.m. Members say they are hoping by then to have a decision on whether an outdoor flea market will be added or not.

The old Shurfine Plaza on the old bank’s turn around in the Town of York is empty but Ronald Rossborough is hoping an outdoor flea market will so be calling this space home. He is opening a new antique store in the plaza and wants the added foot traffic to not only help his business but also other stores in the area.