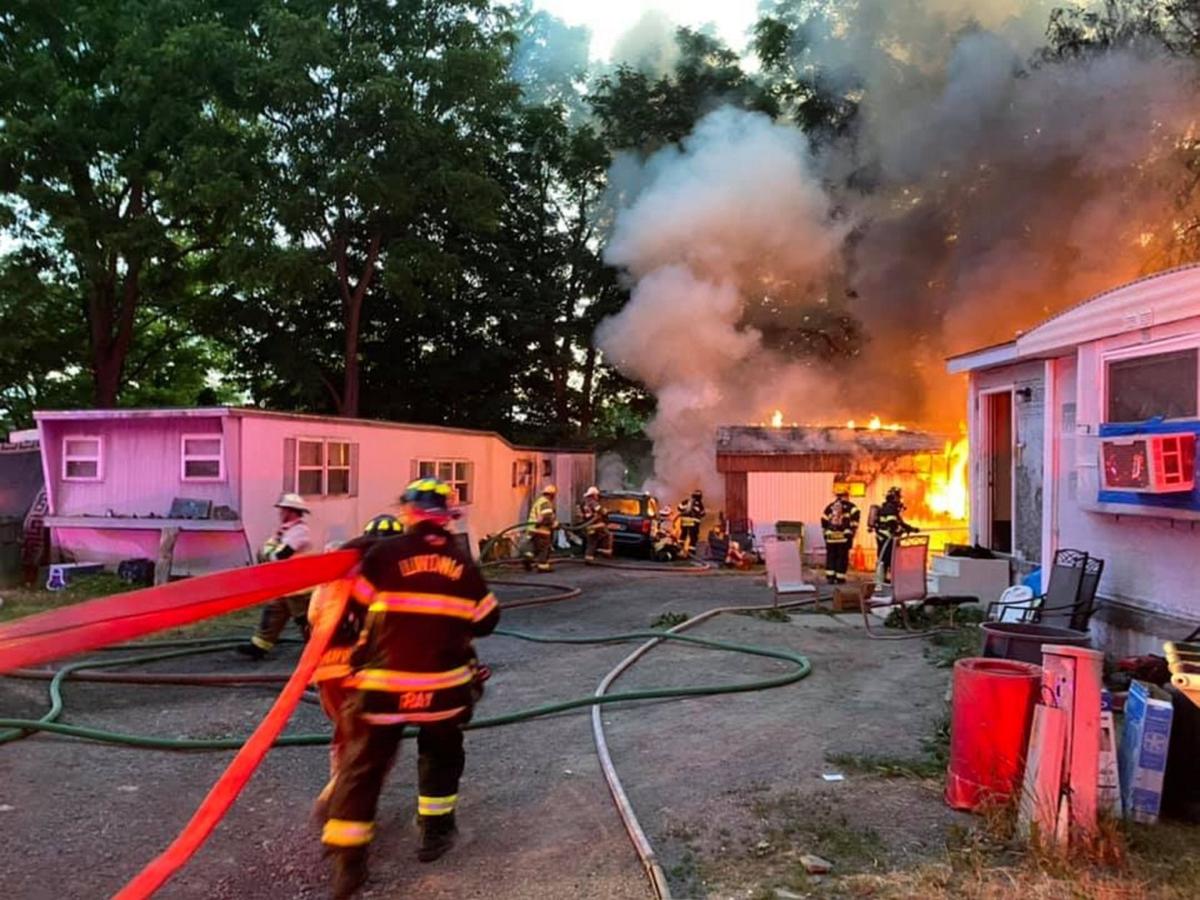 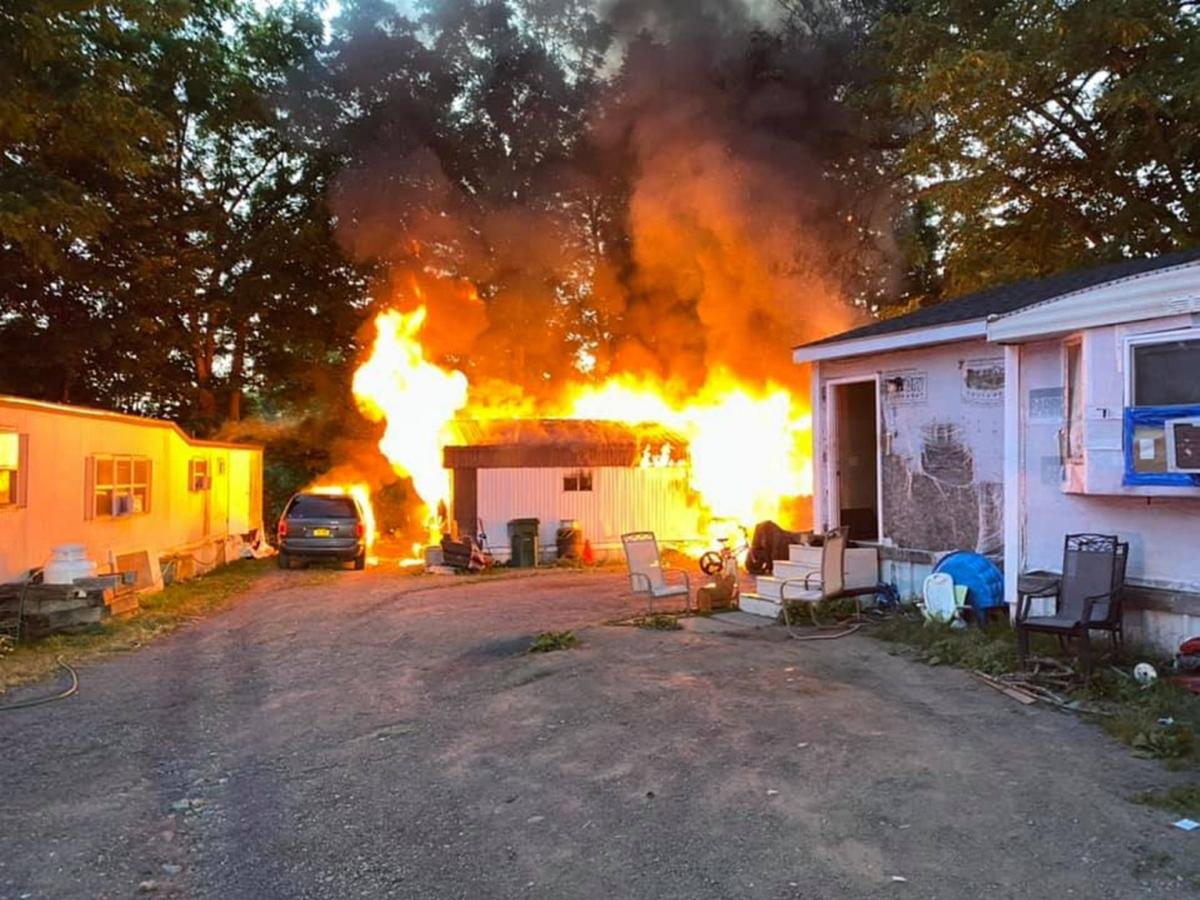 LIVONIA – A home within the Lake Forest Trailer Park on East Lake road is a total loss and multiple pets perished in a Friday evening fire, according to the Town of Livonia Fire Department.

The department, which includes Livonia, Hemlock and Lakeville, were dispatched about 8:50 p.m. June 26 along with East Avon’s FAST Team to the residence and the report of a working fire.

When Deputy Chief Blake Fennell and Assistant Chief Ben Woodruff arrived on-scene the home was fully involved with the possibility of one person being trapped. Shortly after, Fennell advised that all occupants were accounted for, the department said in a Facebook post.

When Chief Rich Alexander arrived on scene he took over command and Fennell led operations.

The bulk of the fire was deemed under control after about 20 minutes, and the entire fire was reported out after 40 minutes, the department said.

The fire was contained to the home and a vehicle parked nearby. Some minor damage occurred to neighboring exposures, the department said.

Multiple pets died in the fire and the home is a total loss, according to the department.

The American Red Cross was assisting the family with placement.

The cause of the fire remains under investigation by the Livingston County Office Of Emergency Management.

The Livonia Fire Department, in its Facebook post, also thanked the Conesus Fire Department which was assisting with Senior Fun Night at Livonia Central School. The departments were preparing to escort Livonia’s Class of 2020 home from Senior Fun Night when the alarm came in. Conesus completed the escort, ensure that fire suppression was on-site during Senior Fun Night fireworks and then stood by in the Livonia firehall throughout the fire. Members of the Conesus department also assisted Livonia with getting equipment back in service following the fire.