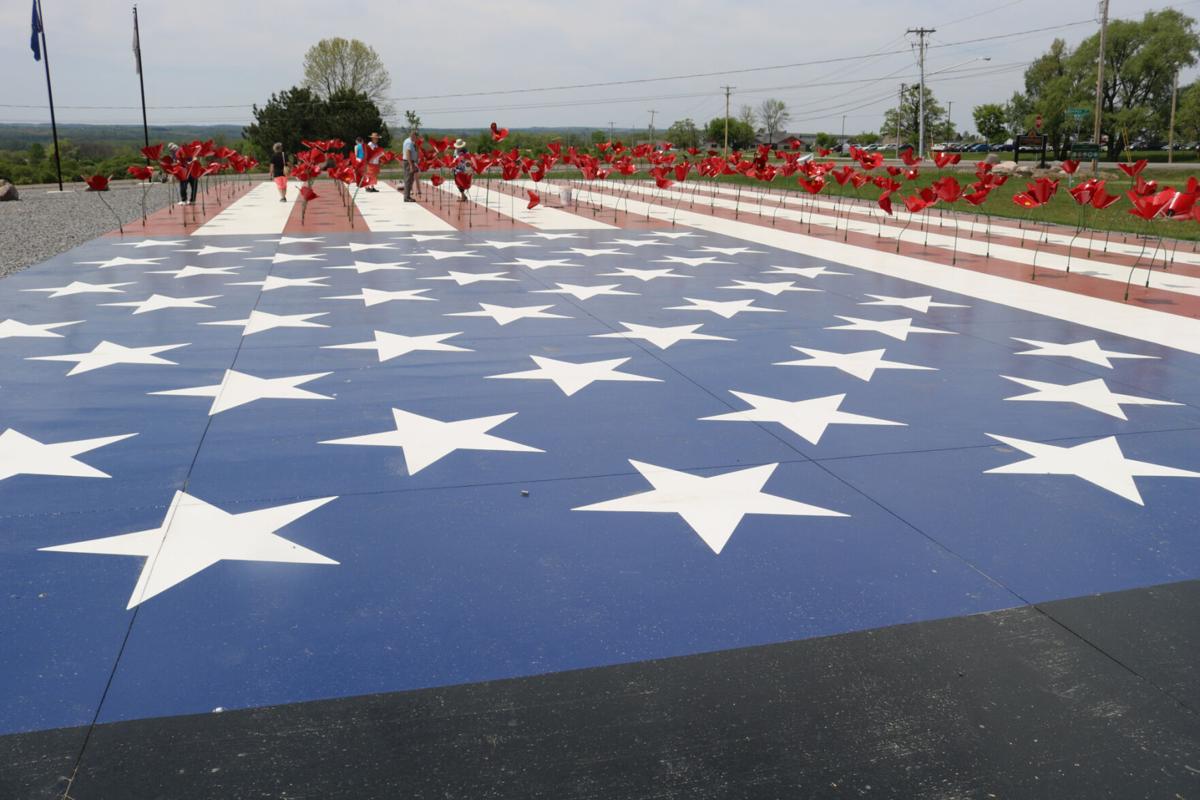 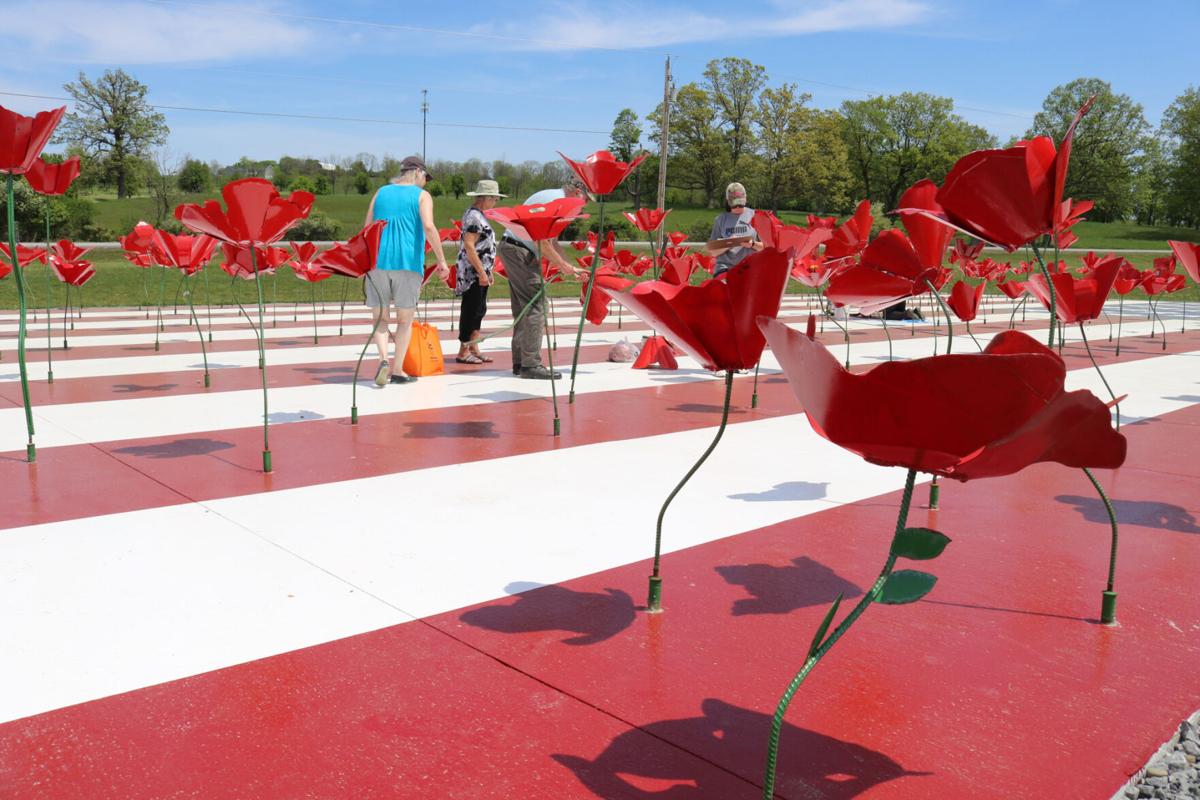 Scheduled for June 14 to coincide with Flag Day – the day in 1777 when the Continental Congress voted to adopt what would go on to become the American flag – the ceremony is being held to both dedicate the monument and show appreciation for everyone has who helped make it a reality.

“Celebrating the Veterans Monument on Flag Day is very fitting as Mount Morris is the birthplace of Francis Bellamy, author of the Pledge of Allegiance to the flag of the United States of America,” said Livingston County Veteran Services Director Jason Skinner, who helped spearhead the creation of the monument. “Livingston County is a truly patriotic community.”

Skinner first pitched a poppy monument idea in October 2018 to Olie Olson, a metal trades instructor at the Mount Morris Career and Technical Education Center. Olson came up with the idea of an American flag monument made with metal poppies and, along with his teaching assistant Rory Benkleman, volunteered to open his classroom after school to teach and assist veterans in making the poppies.

Veterans ultimately crafted about 250 poppies, which were installed in October 2020. Ranging from 1 to 3 feet in height, the poppies are designed to swivel in the breeze to emulate a waving American flag. The red, metal poppies are placed along seven red stripes, while six white stripes provide a walking path for visits. A blue canton, reserved for ceremonies, is surrounded by branch flags.

Each of the poppies is an individual tribute, created by some 160 veterans and family members. Each poppy is tagged with the name of one or more veterans – either the one who made the poppy, or the names of veterans they wished to honor.

County officials had hoped to dedicate the monument on Veterans Day in 2019, but a winter storm forced them to cancel it.

Undeterred, members of the Geneseo American Legion and Veterans of Foreign Wars post helped organize an impromptu raising of the flag, or a “Call to Colors,” over the monument – and poppies that had been temporarily installed in wooden holders – on the 100th anniversary of Veterans Day. About 40 people gathered in temperatures below freezing amid wind-whipped snow for the brief ceremony.

Officials then hoped to dedicate the monument on Veterans Day 2020, but the coronavirus pandemic waylaid those plans. The upcoming June 14 ceremony is slated to begin at 11 a.m. and will serve as the monument’s official dedication.

The following people are slated to speak during the ceremony:

Those wishing to attend the ceremony are asked to wear a mask if they haven’t received a COVID-19 vaccination. Representatives from the Department of Veterans Affairs will be on-site to offer COVID-19 Johnson & Johnson vaccinations to any veteran or spouse of a veteran who is interested in receiving one. In addition, the Veterans Outreach Center will provide hot dogs and refreshments for attendees.