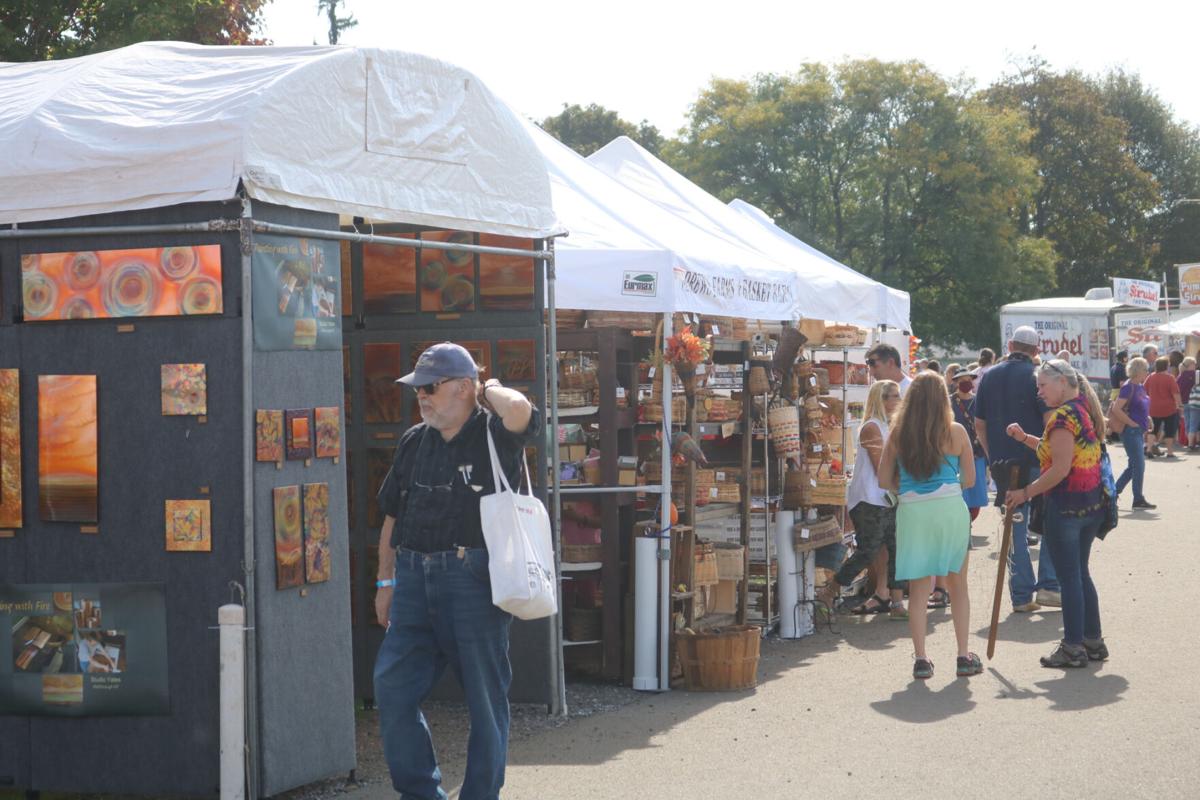 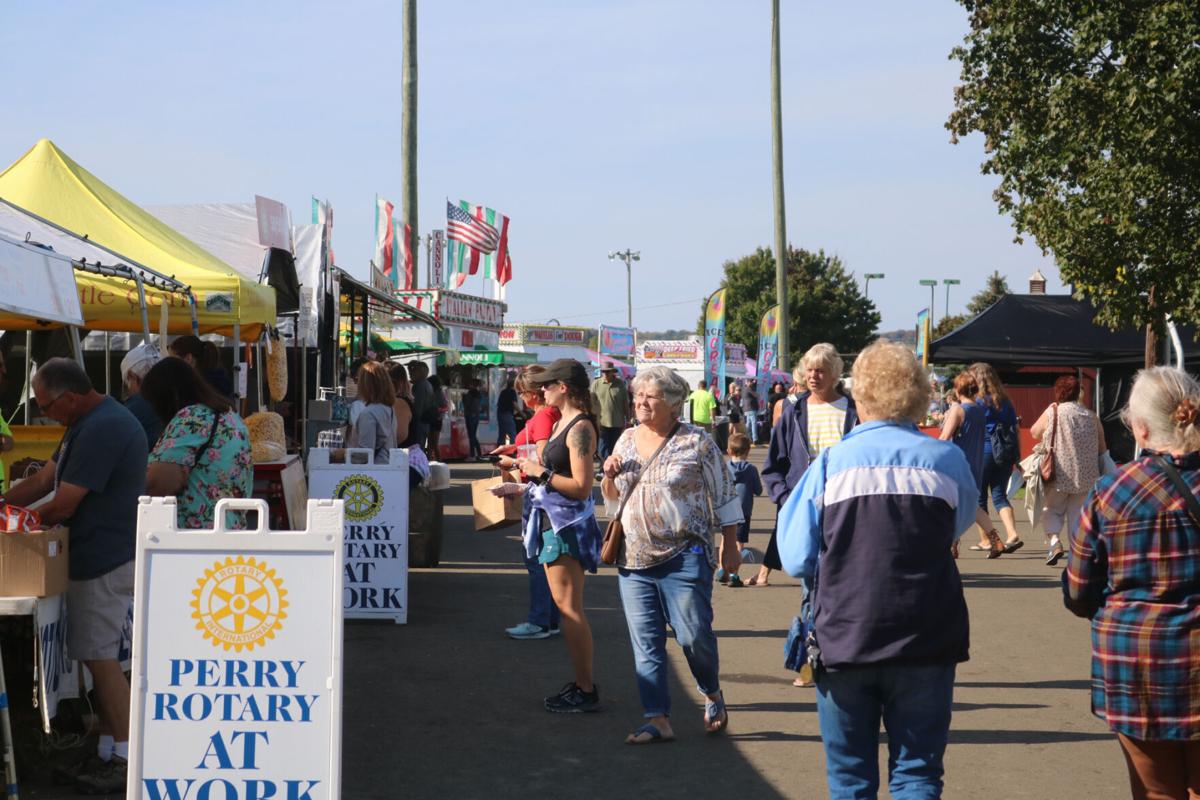 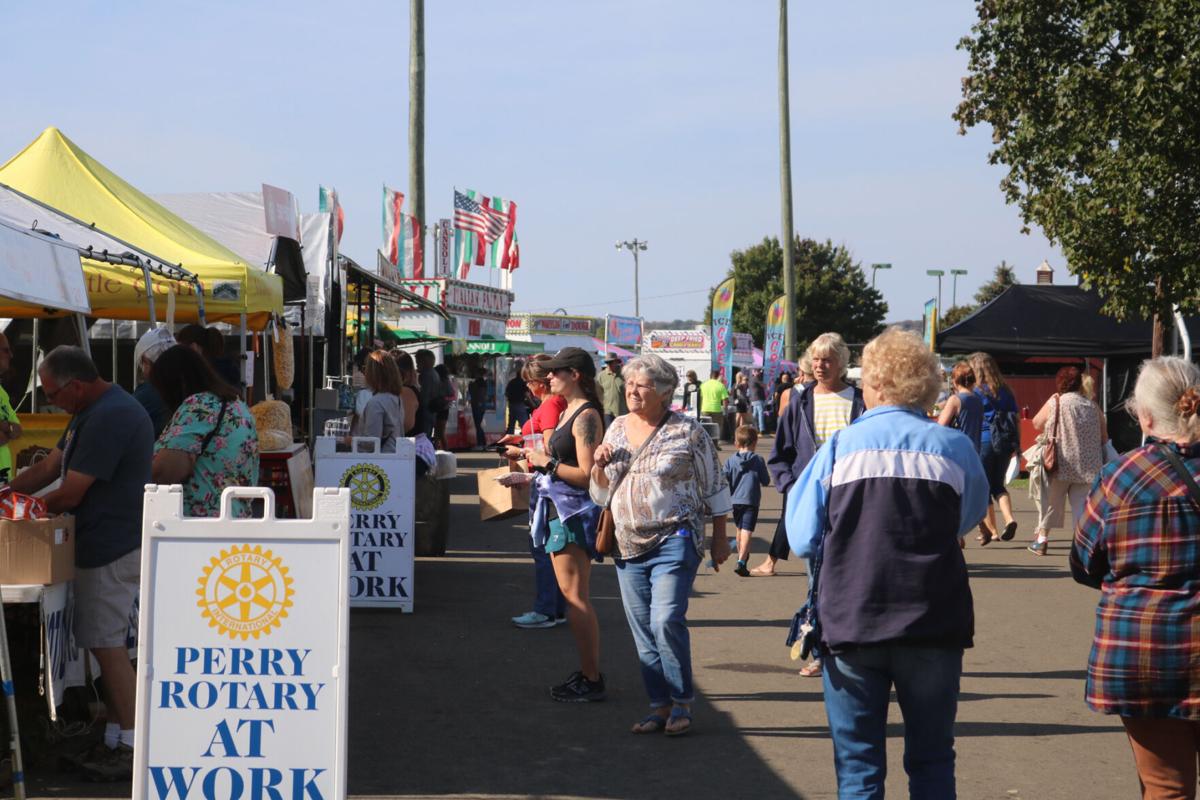 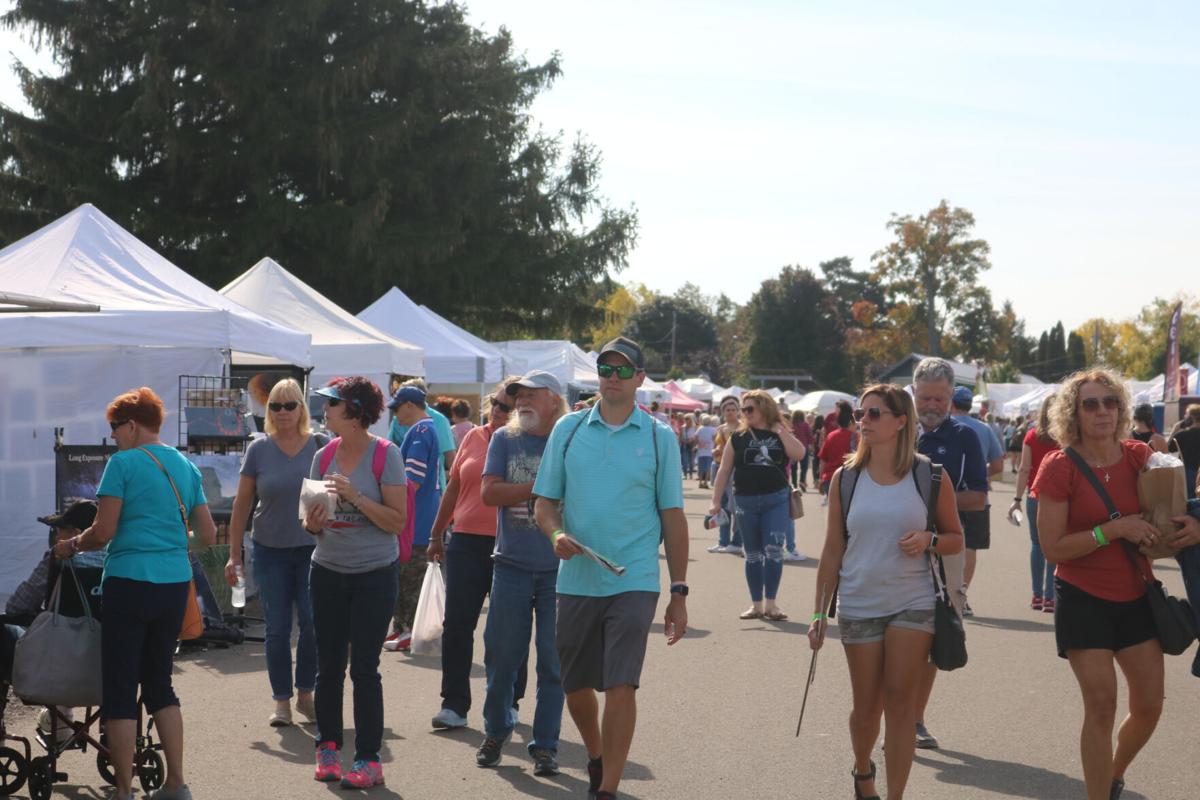 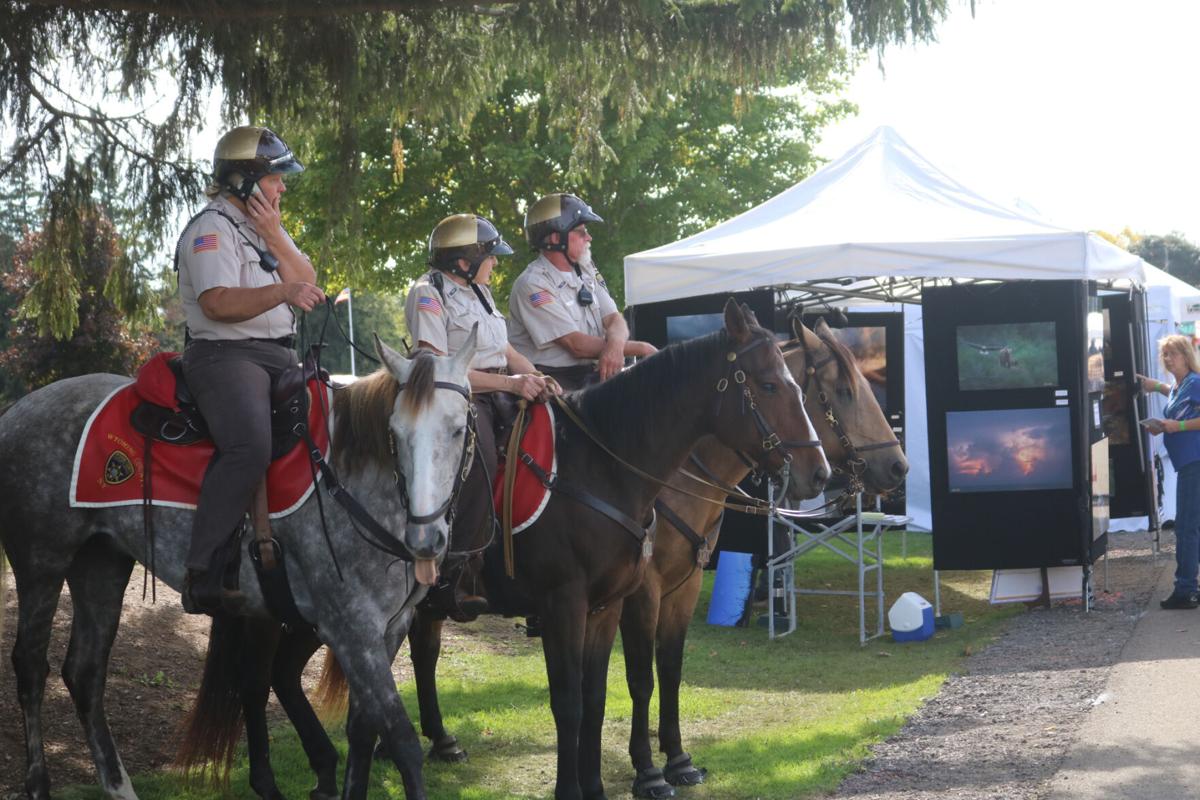 Members of the Wyoming County Sheriff’s Mounted Unit take a breather Monday at the Letcwhworth Arts and Crafts Show in Perry. 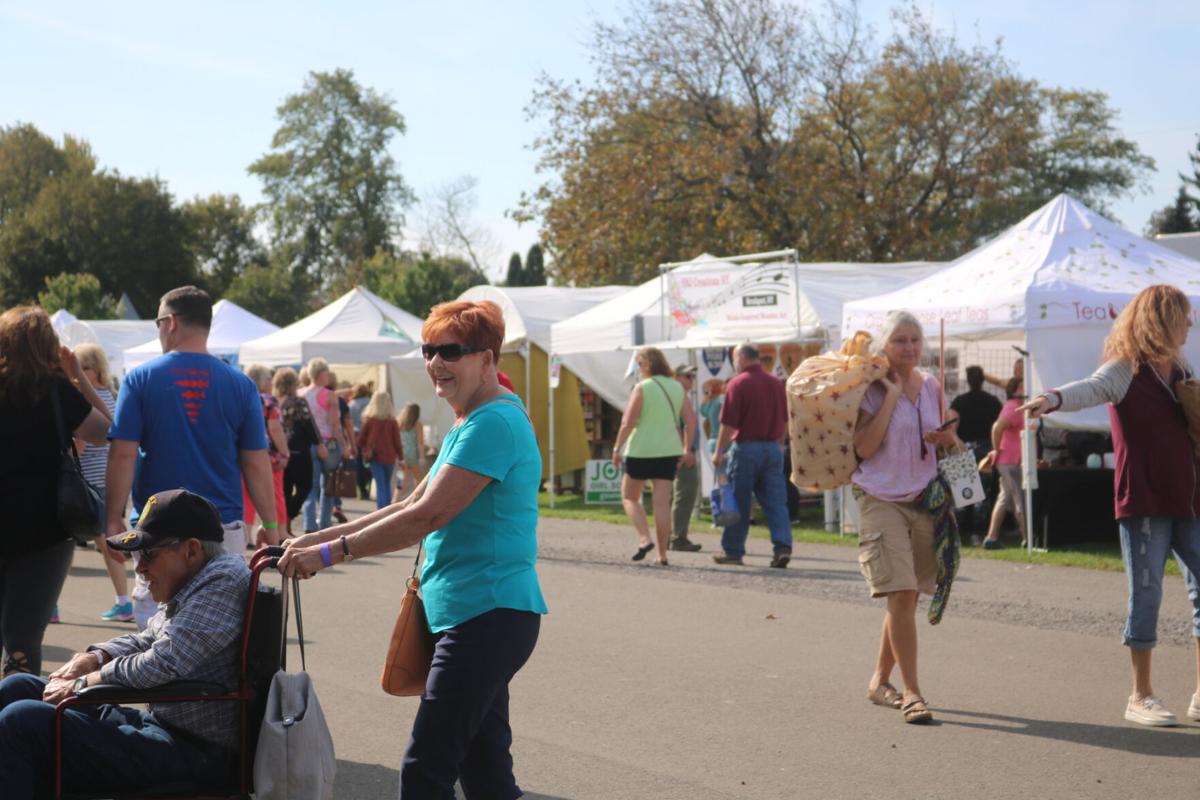 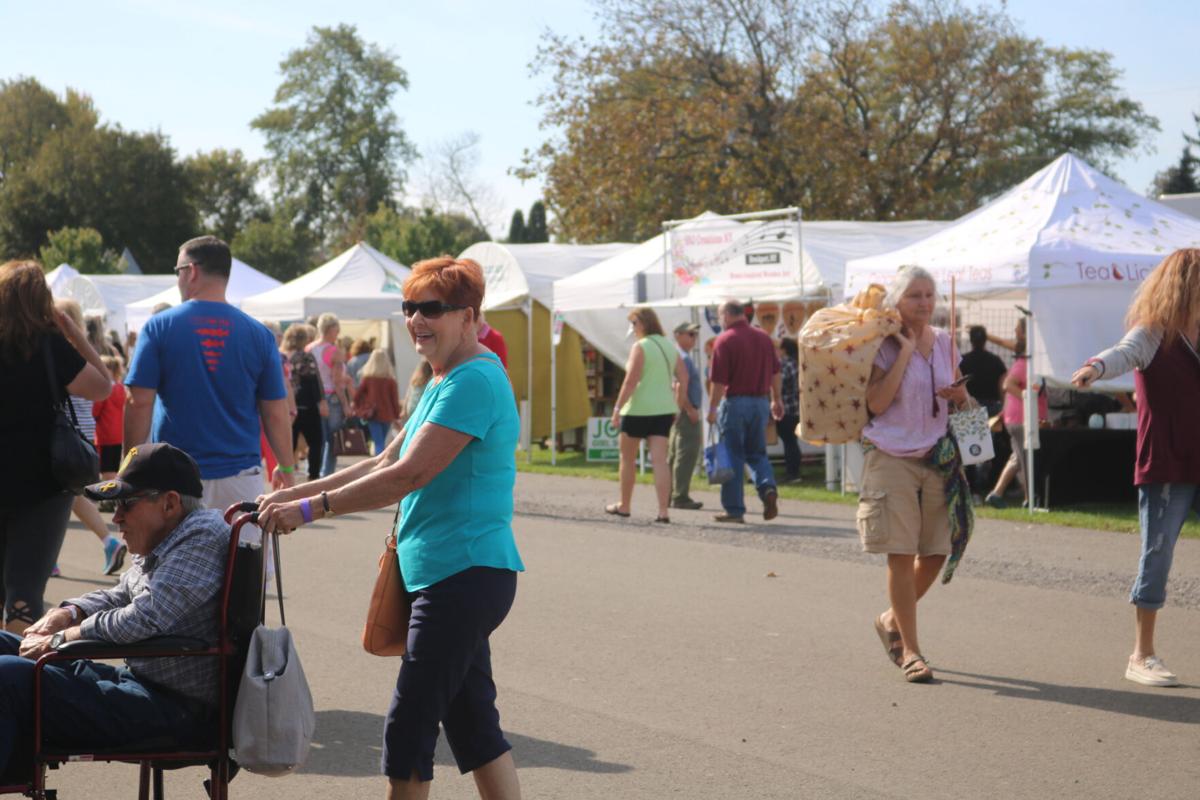 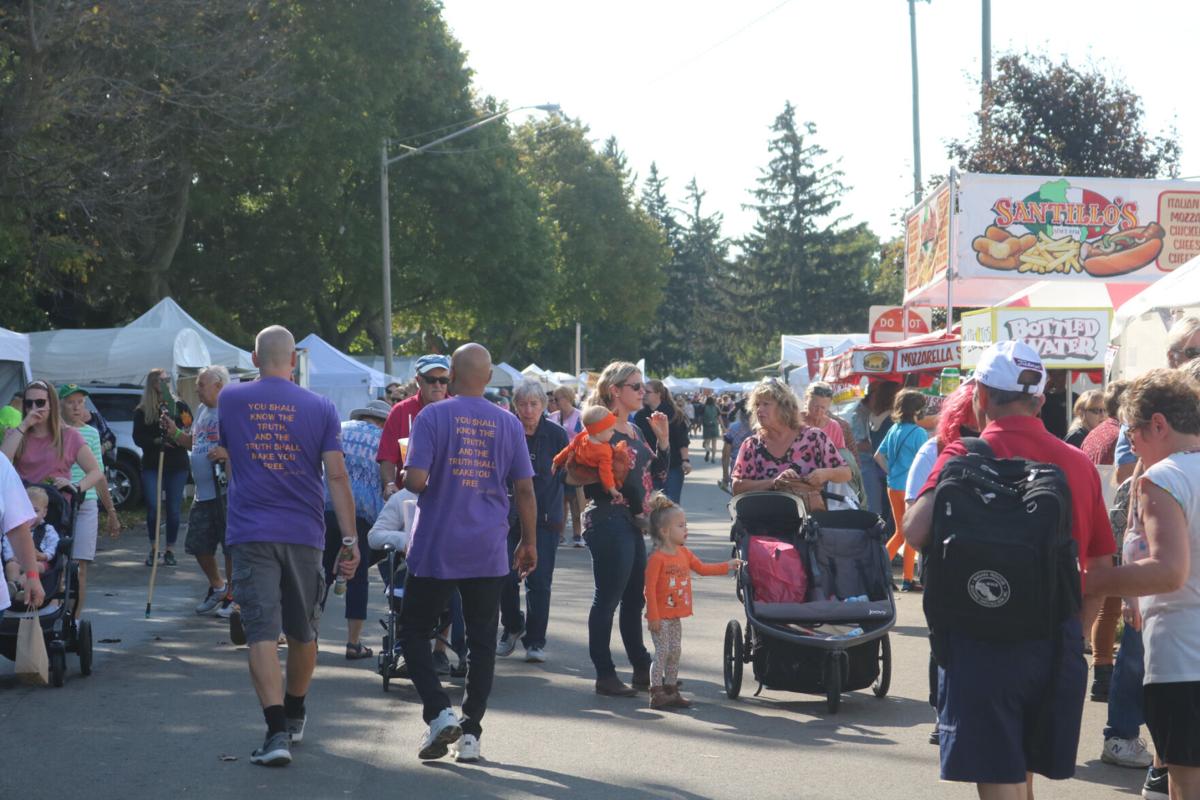 Members of the Wyoming County Sheriff’s Mounted Unit take a breather Monday at the Letcwhworth Arts and Crafts Show in Perry.

PERRY — More than 10,000 people came through Perry during the first two days of the Letchworth Arts and Crafts Show.

Executive Director Jackie Swaby of the Arts Council for Wyoming County said the show included slightly more than 220 artisan vendors — about 100 less than it normally has.

“That was deliberate to cut the numbers down because although we do have the capacity to have just as many artisans here as we had in Letchworth Park, we wanted to ensure we had adequate spacing if we needed to shift someone to a different spot,” she said. “If there were water issues or anything — we wanted to be safe. Also because of COVID, we wanted to ensure we would have enough spacing in between booths. Just be mindful of all those extra needed precautions.”

The kid’s zone was expanded this year, although some cancellations caused it to be slightly different than planned. Swaby said it was nice to have new partners.

“I’ve been enjoying it. I found something the minute I walked in,” she said, holding up a brown paper bag.

The Letchworth Arts and Crafts Show this year was made possible thanks to the collaboration between the Arts Council for Wyoming County, Perry Village Board, Perry Rotary Club, Perry Fire Department and Wyoming County.

The welcome tent, which is also new this year, showed the partnership. It was manned by Arts Council, Perry Rotary and Perry Fire Department volunteers. It was a tent for anyone who had logistical and Arts Council questions. They were also selling Arts Council for Wyoming County merchandise.

Jackie Billings, Perry trustee and community liaison, said the ACWC approached the village board after learning they wouldn’t be allowed to host the show at Letchworth State Park this year.

“They needed to have the show because it’s their largest source of revenue for operating their programming,” she said. “So they lost a year due to COVID, and they couldn’t afford to lose another year.”

The Perry Rotary Club and Perry Fire Department were then asked to join forces to support the Arts Council moving to the new venue. These two organizations replaced the state park in managing the food vendors, parking and shuttle system. Billings said it’s a beautiful example of multiple organizations coming together to bring a fantastic event to the community. There were 300 volunteers working the weekend to make sure the Letchworth Arts and Crafts Show went without a hitch.

“We want to acknowledge them for giving up an entire holiday weekend to support the Arts Council, Perry Fire Department and Perry Rotary Club,” Swaby said. “Proceeds from the event will go to support all three community organizations.”

As The Daily News was talking to Billings, four women from Batavia approached her to say they thought the craft show was very well organized. They enjoyed it being in the park and would come back to the venue again.

Letchworth State Park declined to host the show this year due to crowding concerns. No official decisions have been made if the craft show will come back to Perry next year.