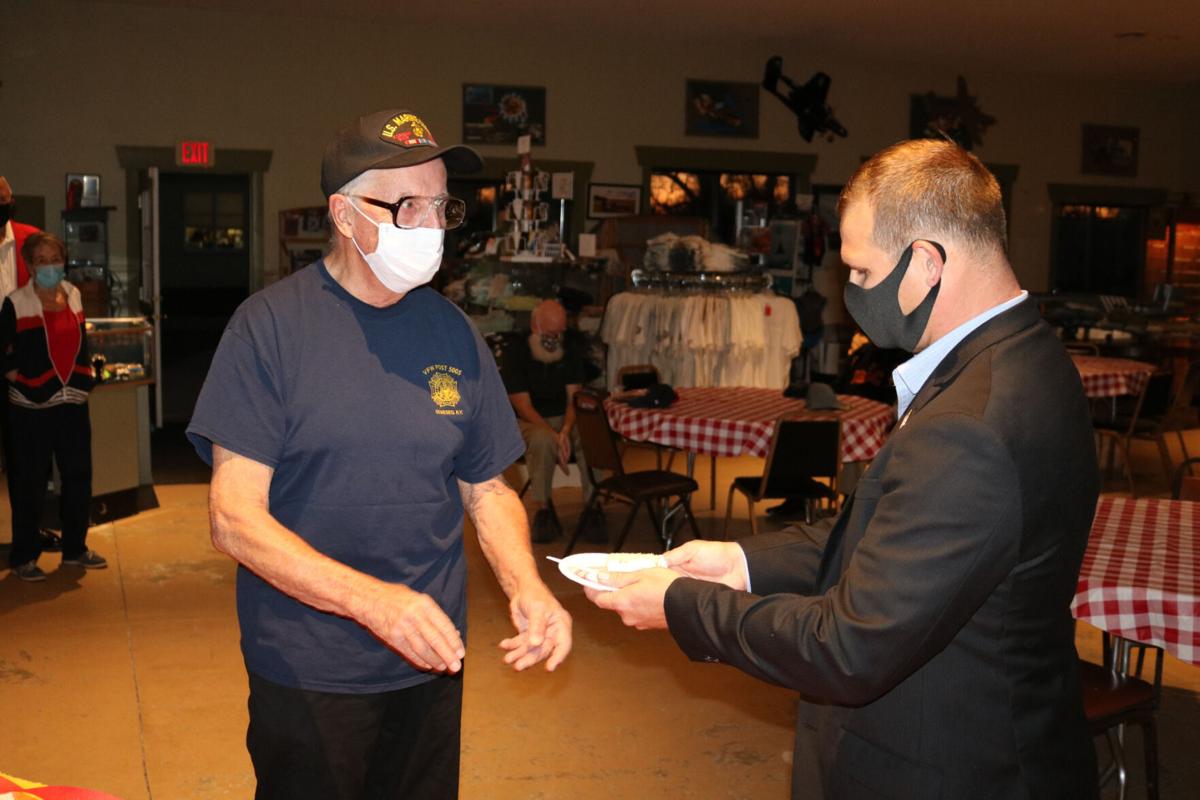 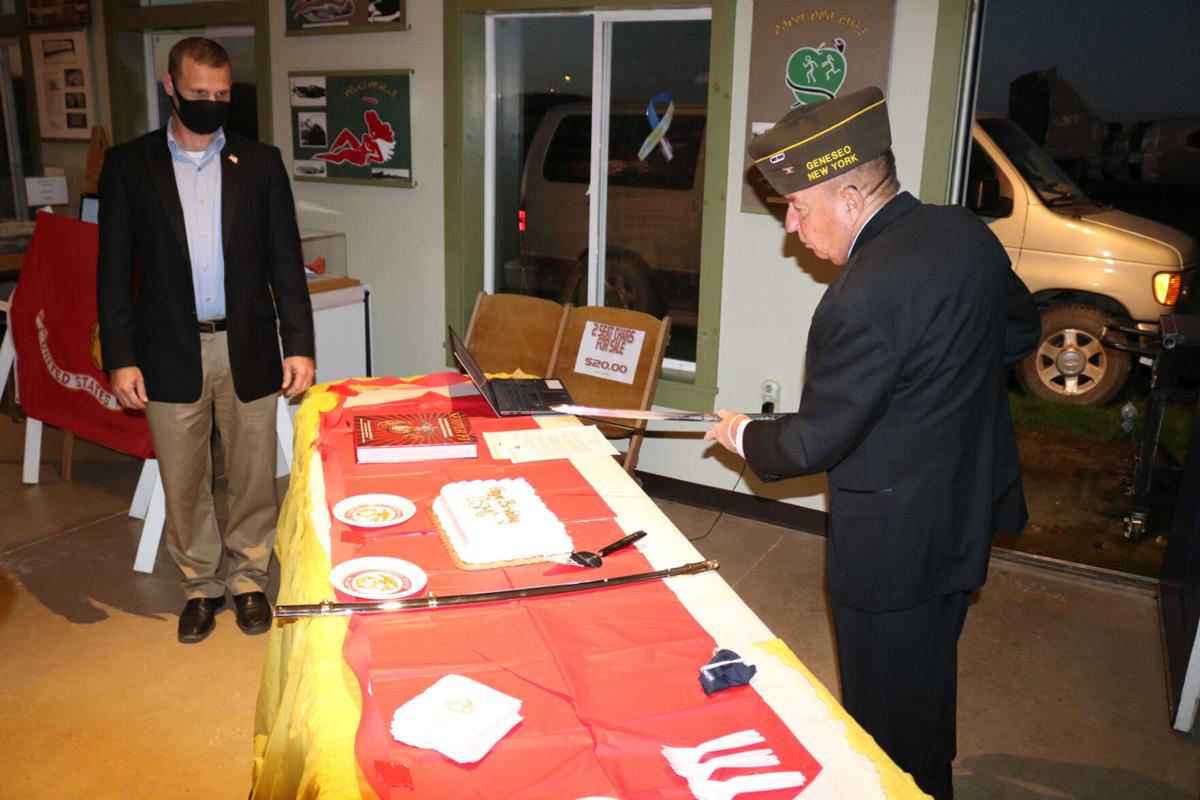 Brendan McDonough/Livingston County News With his sword, retired Marine Colonel Gary Anderson cut the cake to help celebrate the birthday of the Maine Corps. The birthday was officially recognized in 1921 and has been celebrated in Geneseo for the past three years.

Brendan McDonough/Livingston County News With his sword, retired Marine Colonel Gary Anderson cut the cake to help celebrate the birthday of the Maine Corps. The birthday was officially recognized in 1921 and has been celebrated in Geneseo for the past three years.

He used a sword. It’s part of the tradition.

“It is about a 100 year-old tradition,” Anderson said. “All over the Marine Corps. All of the active duty stations they do the cake cutting.”

The Marine Corps Birthday is always observed on Nov. 10. The birthday was created on Nov. 10, 1921, by the federal government to show appreciation for the United States Marines. In Geneseo, local Marines have been hosting a birthday event for the past three years.

This year’s celebration was at the National Warplane Museum in Geneseo. On Nov. 10, Marines along with family and friends came out to uphold what they call an important tradition.

“They say once a Marine always a Marine. We welcome everyone who has been honorably discharged or friends of Marines,” said Anderson, , a retired infantry officer who as a counterinsurgency and emerging threats specialist saw service in Lebanon, Somalia, Iraq and was part of a humanitarian mission to Bangladesh..

“It is important to me that every year we do the ceremony. It keeps up with Marine Corps traditions. It is always humbling to be able to come out and still celebrate that,” said Smith.

“In small bases in Iraq, Afghanistan and Syria they always cut the cakes with a fighting knife. It is traditional for all of the Marine Corps to do it,” said Anderson.

For some, becoming a Marine was an unexpected choice.

It is a celebration that many said was also important to help remember those who came back and those who didn’t.

“The reason that I joined the Marines was that I had a cousin that was missing in action in the Army and the Marines have a history of bringing their bodies back,” said Platt.

With the COVID-19 pandemic Anderson acknowledged the birthday celebration was a bit smaller this year. Despite the reduced size, many said it is an event that they will remember long after the birthday party is over.

“Since the 245 years that the Marine Core has been around this has been a tradition,” said Smith. “The Marines are very big on tradition so we are always excited for this time of year to come out and do this.”