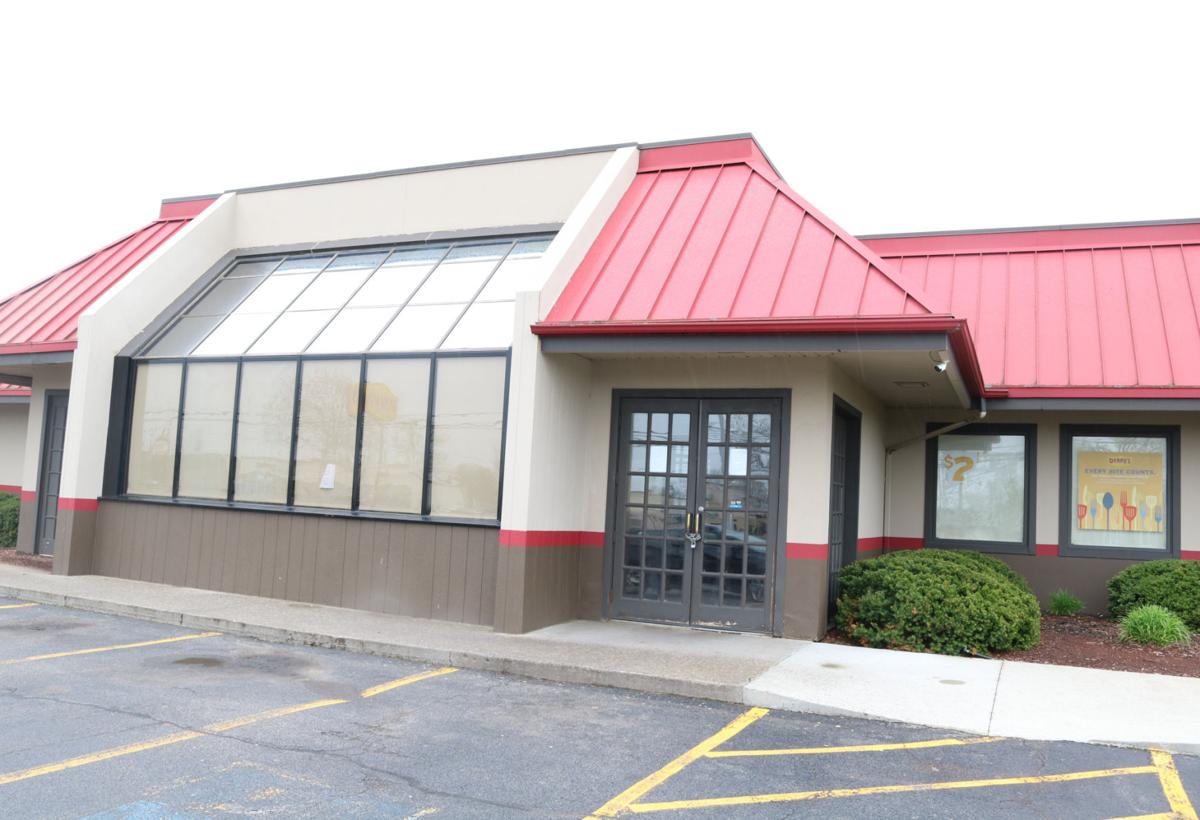 Brendan McDonough/Livingston County News The Denny’s restaurant in Geneseo was temporarily closed in March and will not reopen, according to a WARN notice filed last week with the state Department of Labor. 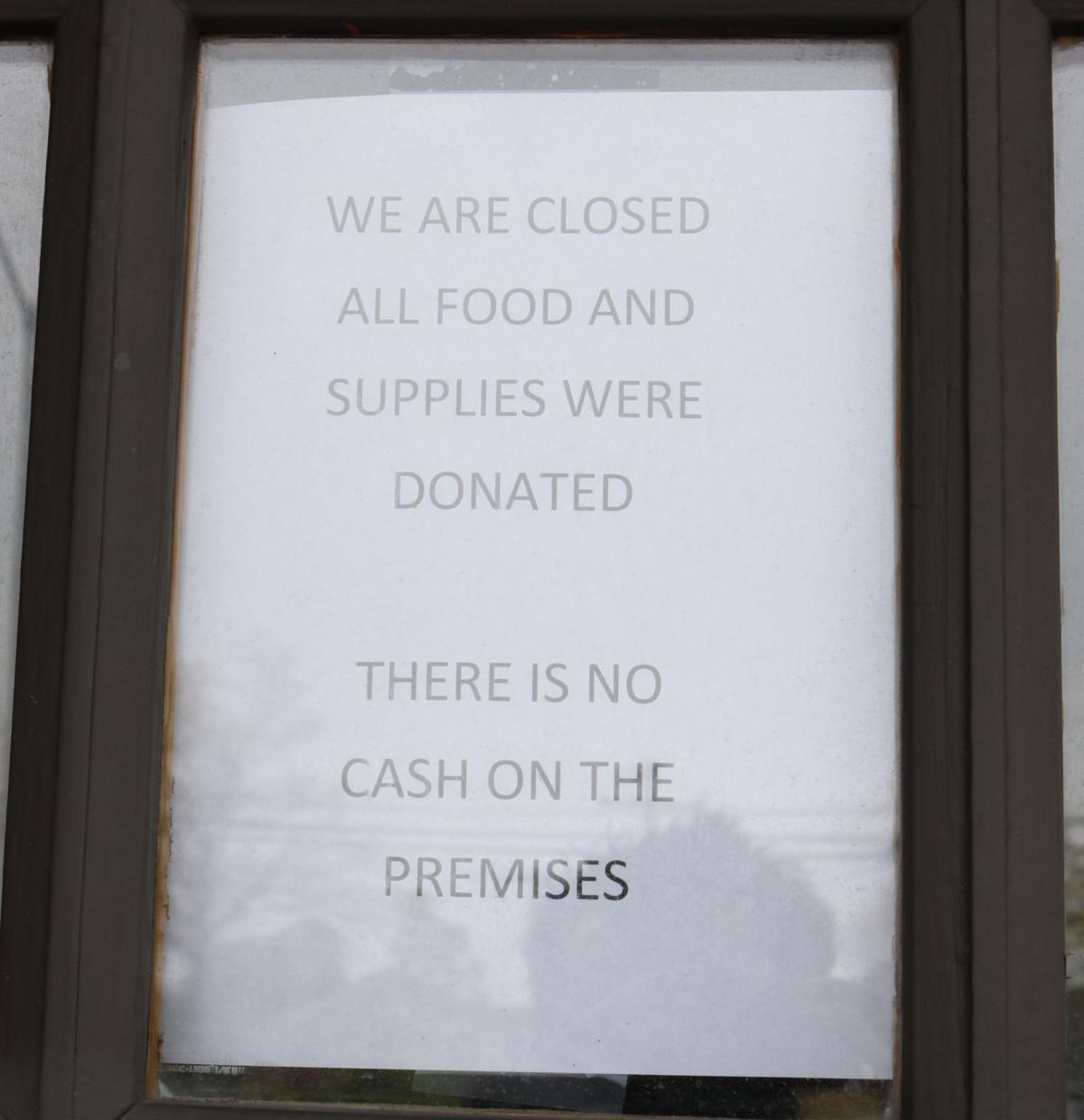 Brendan McDonough/Livingston County News A sign taped inside the door of the Geneseo Denny’s.

Brendan McDonough/Livingston County News The Denny’s restaurant in Geneseo was temporarily closed in March and will not reopen, according to a WARN notice filed last week with the state Department of Labor.

Brendan McDonough/Livingston County News A sign taped inside the door of the Geneseo Denny’s.

GENESEO –Denny’s on Lakeville Road is among more than a dozen restaurants operated by Feast American Diners, LLC, that are closing, according to WARN notices filed with the state Department of Labor.

The company cited “unforeseeable business circumstances prompted by COVID-19” as the reason for the closure.

The Geneseo Denny’s, 4240 Lakeville Rd., has been closed since March 20. A total of 30 employees will be affected, according to the notice.

The Worker Adjustment and Retraining Notification notice was filed May 14; it appeared Thursday in the state Department of Labor’s online database.

New York’s Worker Adjustment and Retraining Notification, or WARN, Act requires private sector employers in the state that employ more than 50 people to issue a WARN notice 90 days before closing a plant.

The law is intended to give employees more time to prepare for layoffs and increase the chances they’ll find a new job.

Feast American Diners, which is headquartered in Gilbert, Ariz., has filed multiple WARN notices this month, closing restaurants in the Southern Tier, Rochester and Syracuse areas, and Watertown.

Five locations were listed in the Greater Rochester area, affecting a total of 187 employees. In addition to Geneseo, locations slated for closure include West Ridge Road and Jefferson Road in Rochester, Eastern Boulevard in Canandaigua, and Canandaigua Road in Geneva.

A sign taped inside the door of the Geneseo Denny’s said “We are closed. All food and supplies are donated. There is no cash on the premises.”

Employees were laid off March 17, according to the notice, which was the day after Gov. Andrew Cuomo ordered a shutdown of all restaurants for on-premises dining. The restaurants do not appear to have tried the take-out only model of operation as many others did.

In the Syracuse area, seven Denny’s owned by Feast American Diners are closing, affecting a total of 240 employees, according to the notice filed May 8. The restaurants include four in Syracuse, and single restaurants in Auburn, Camillus and Cicero.

A letter from the company’s human resources department to an employee of the Watertown restaurant said: “We previously notified you in March of staff reductions and then the closure of several of our restaurants. Now, unfortunately, we have determined that due to the impact of these financial circumstances which are beyond our control, we must permanently close our Denny’s restaurant -8518 located at 1142 Arsenal St., Watertown, NY 13212. As a result, we will be unable to hire back our employees as we had hoped.”

The letter was signed by Denny’s HR Manager Janet Pruett, who is also listed as the contact on each the WARN notices.

Each of the notices cited COVID-19 as a reason for the closure.

The Denny’s restaurant is Batavia is owned by Opal Realty Group LLC of Islip, according to records from the Genesee County Real Property Tax Office.

The Batavia Denny’s is still considered “temporarily closed.” The company plans to reopen, but doesn’t have a date.

Includes reporting by Brian Quinn of The Daily News and Ben Muir of Johnson Newspaper Corp.