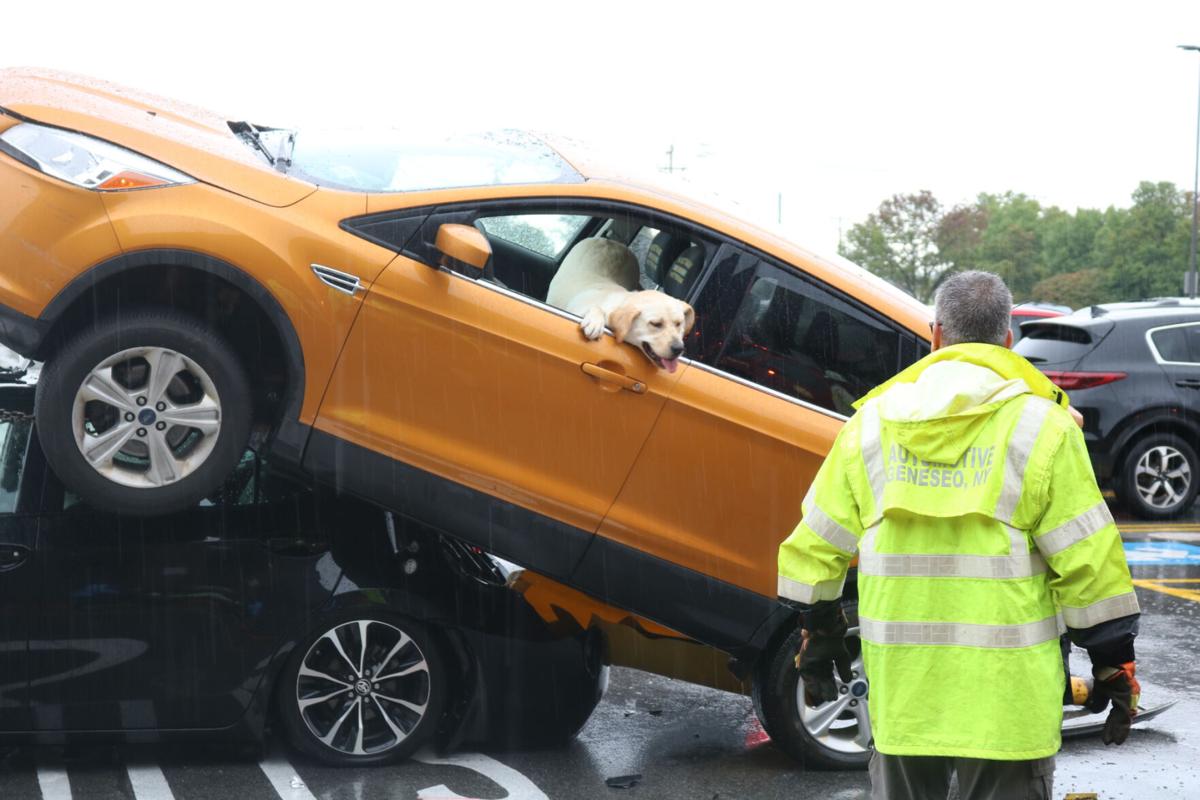 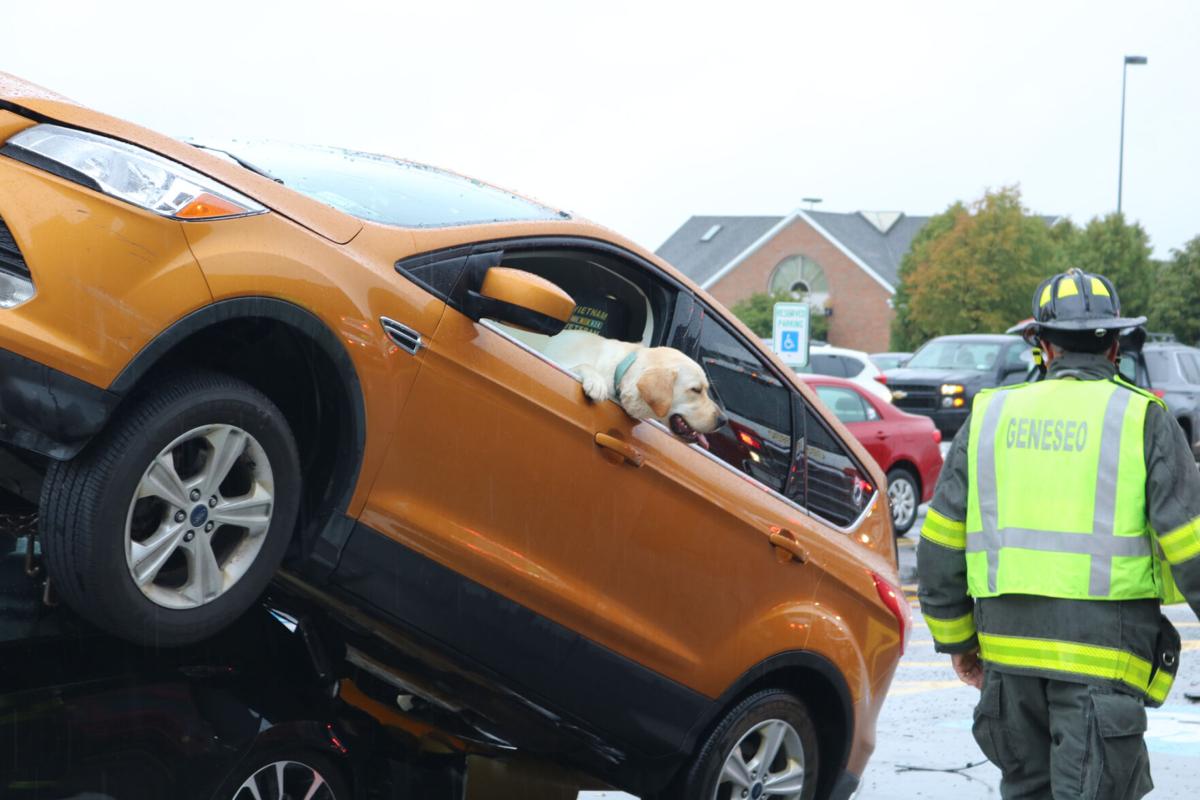 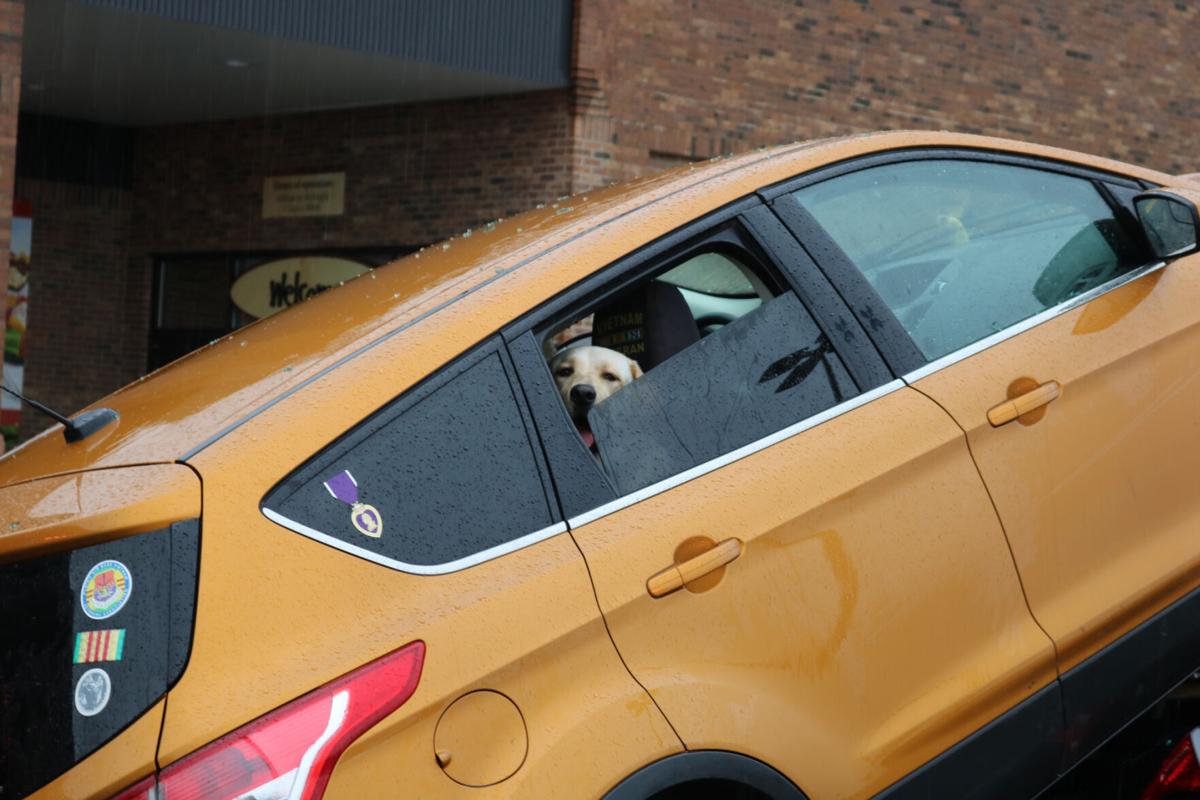 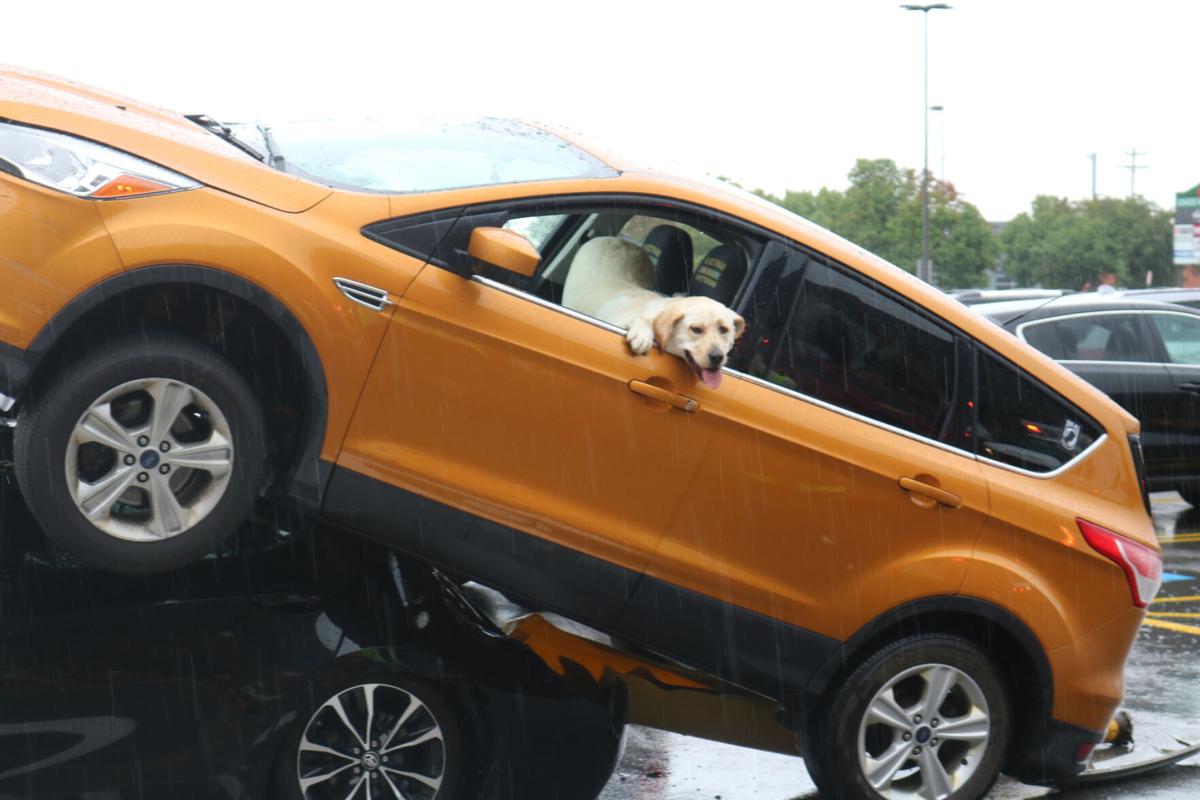 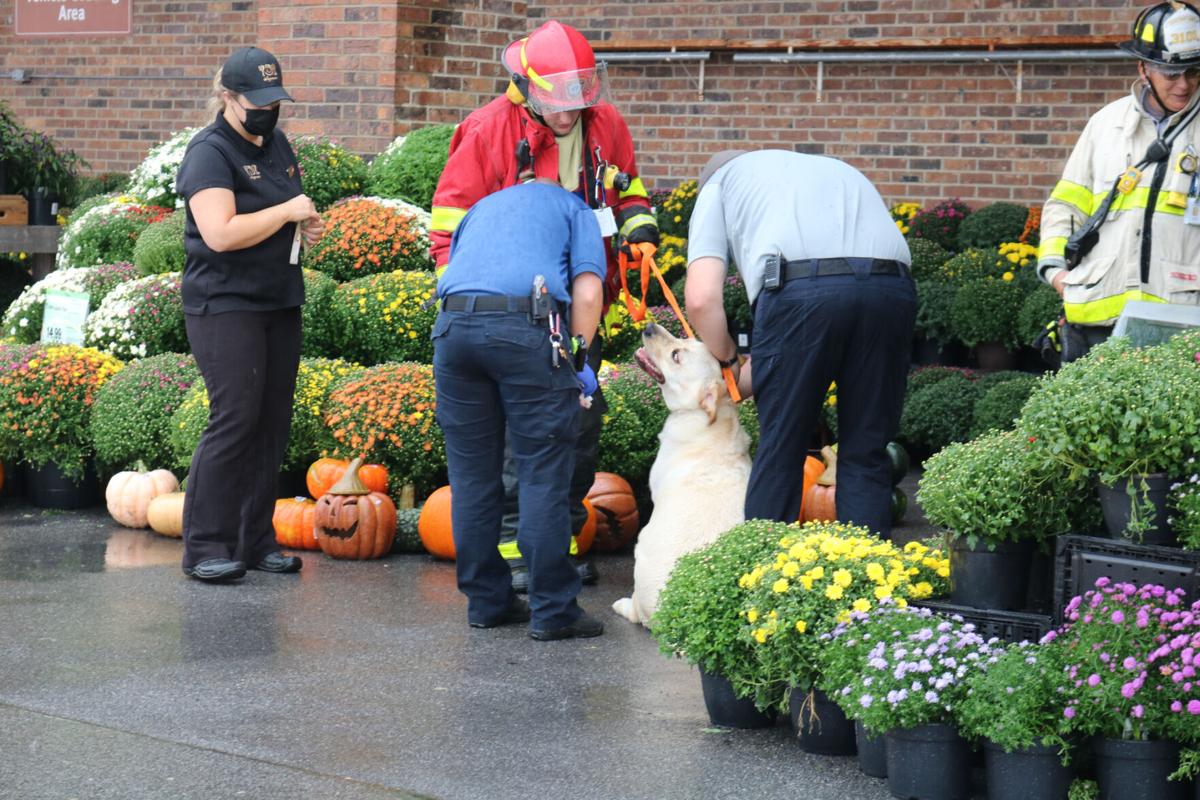 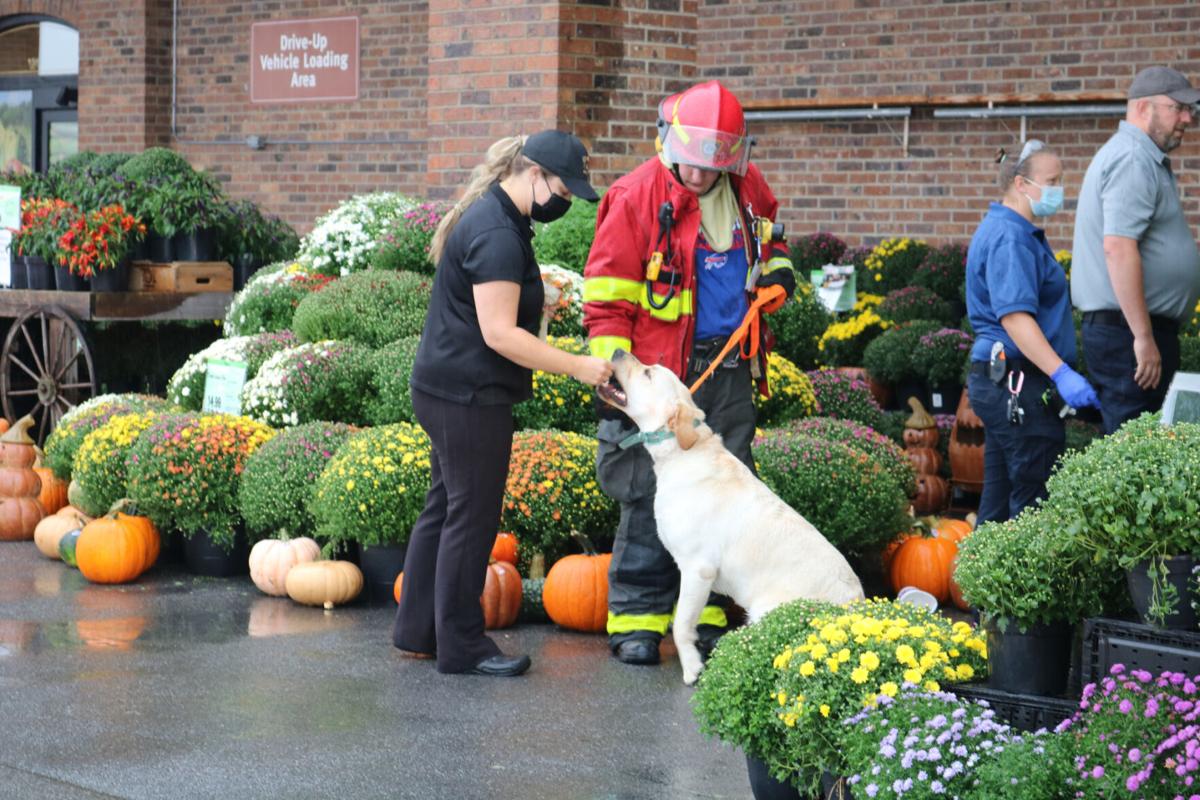 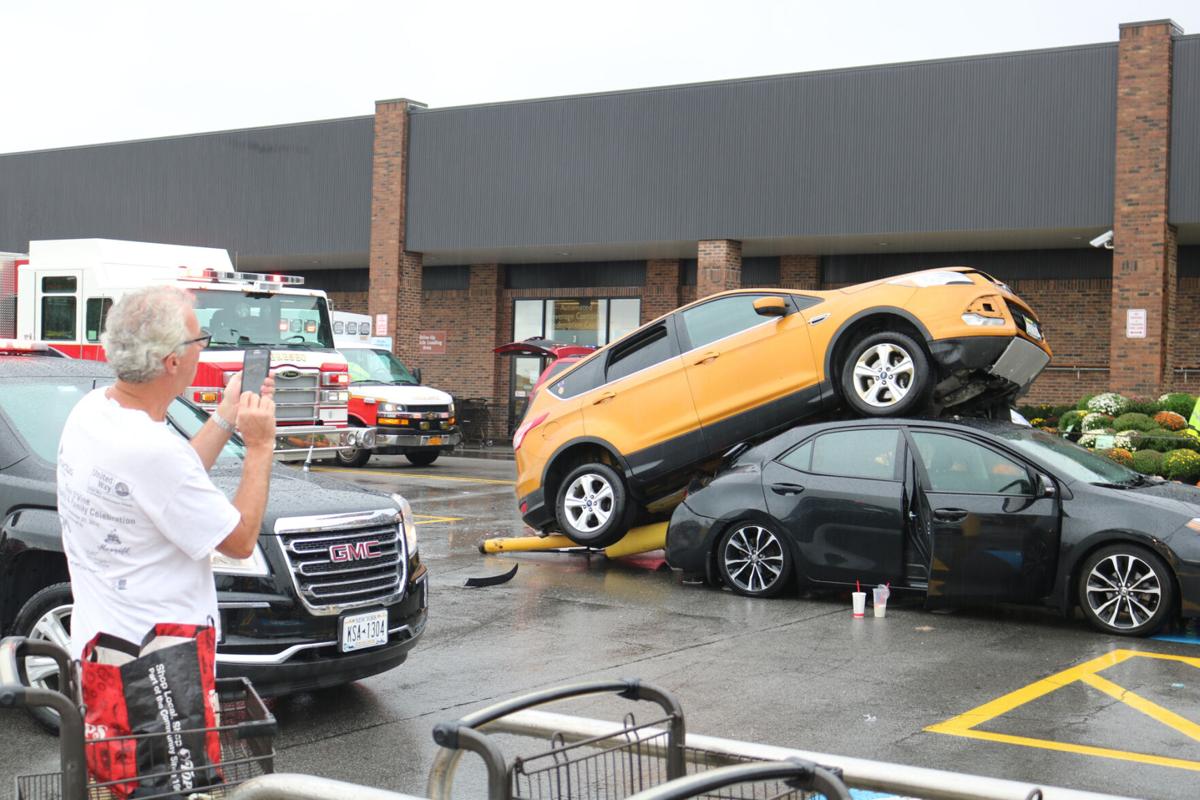 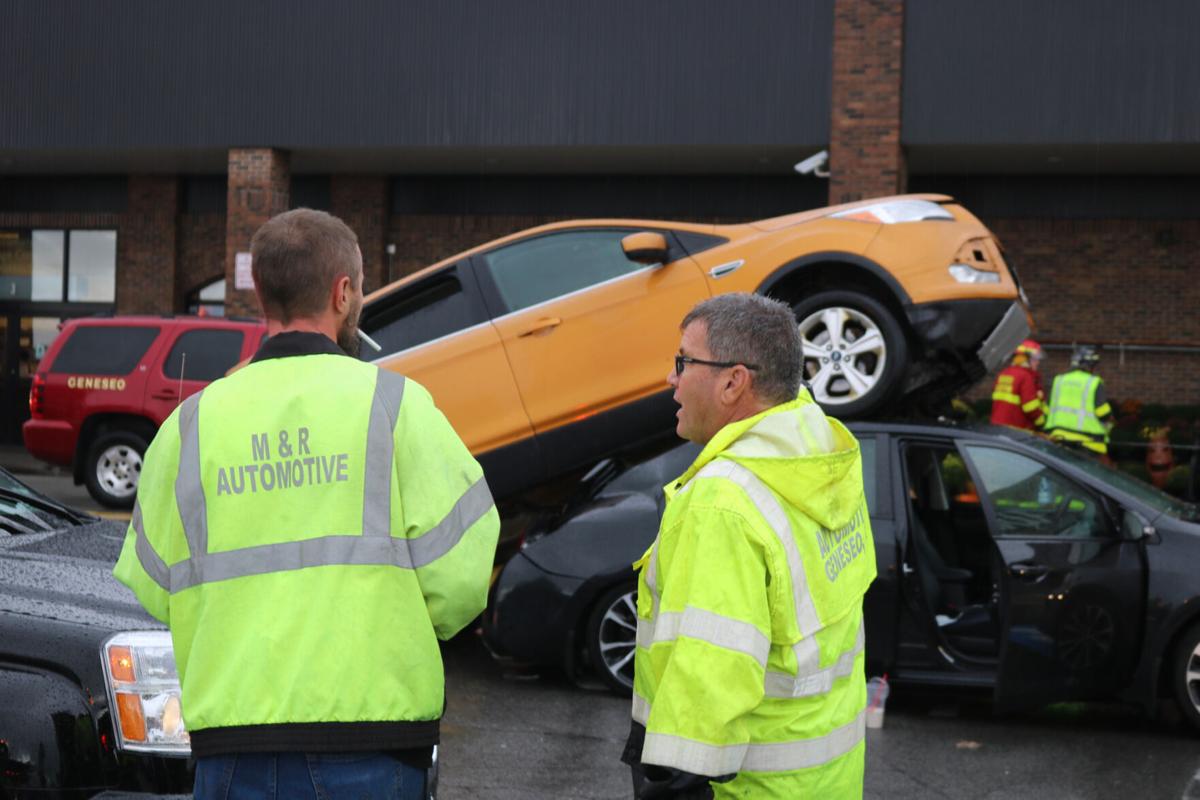 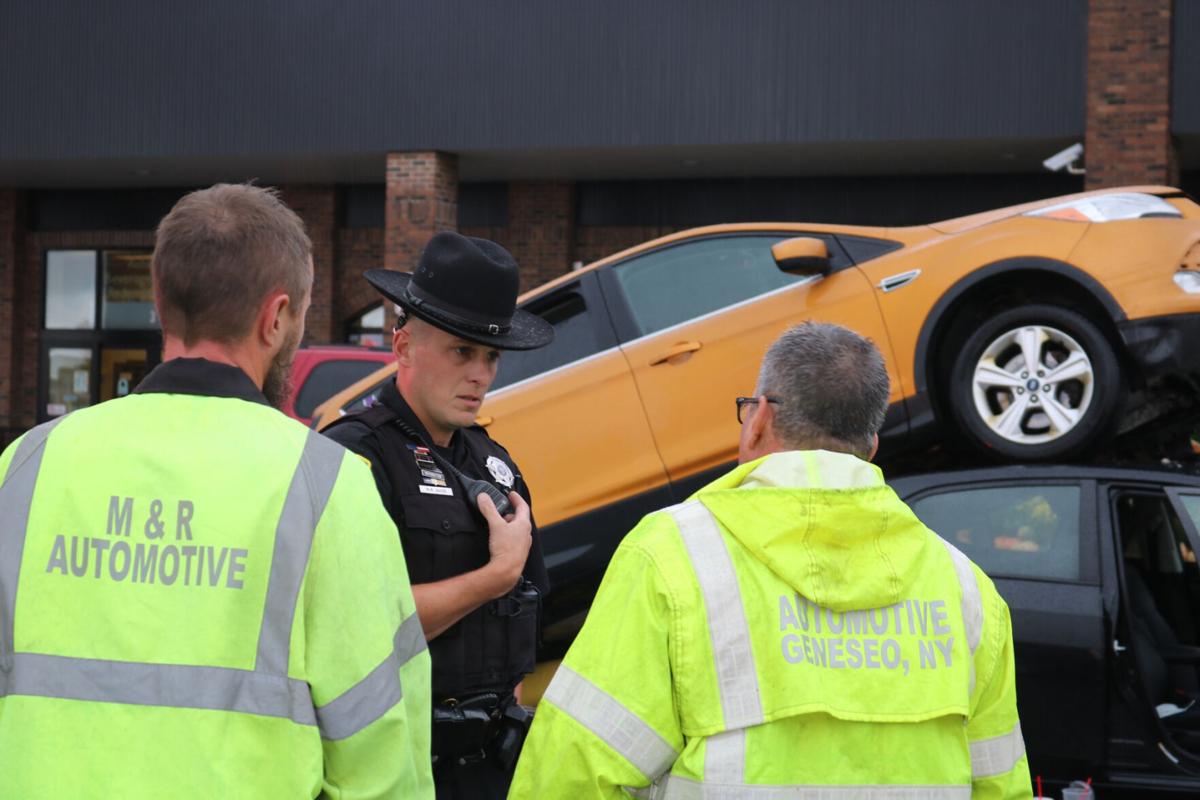 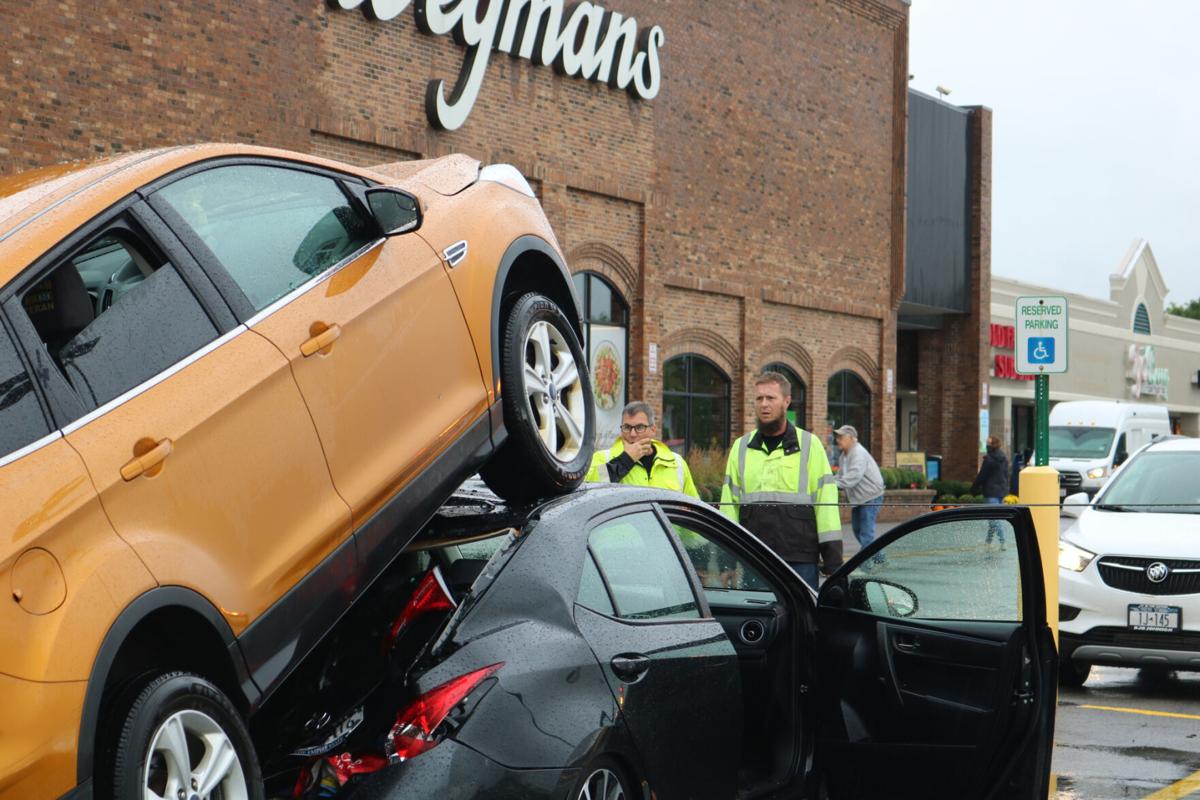 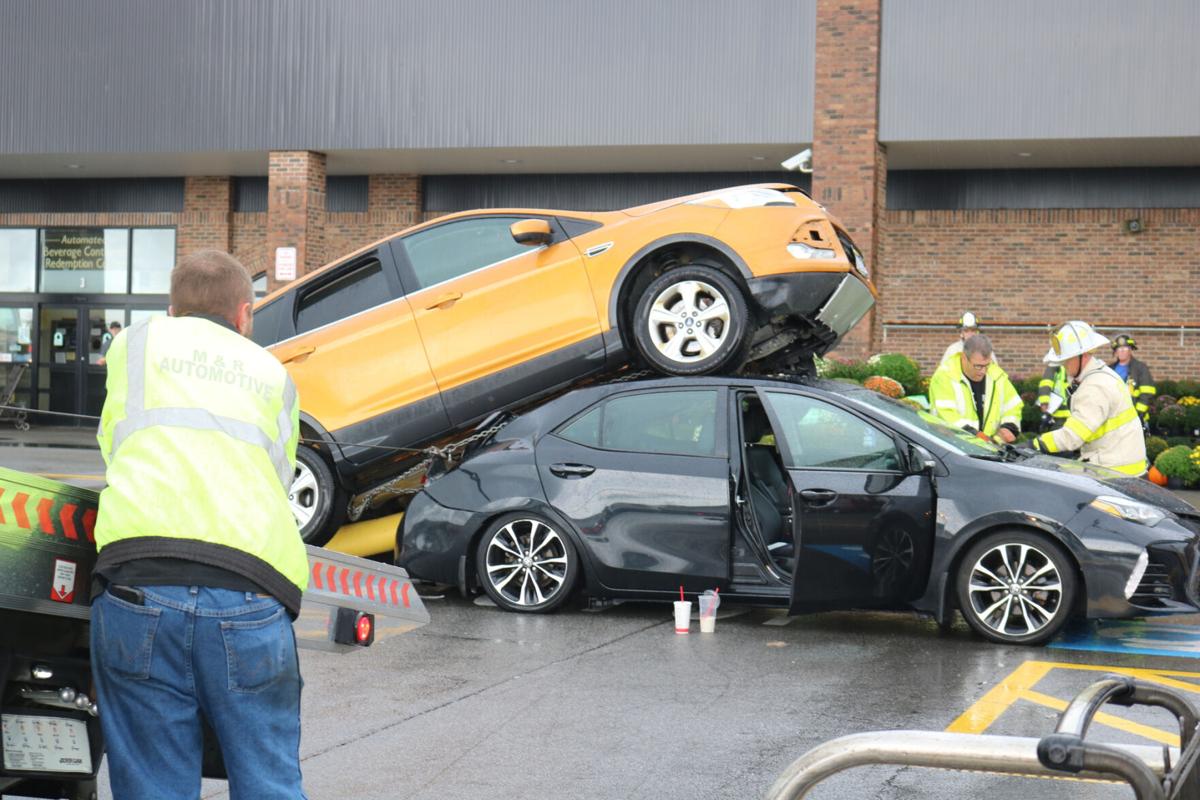 GENESEO – The driver of a Ford Escape plowed through a reserved parking sign and crashed into the back of a Toyota sedan in the parking lot of Wegmans Wednesday afternoon, causing the Ford to come to rest on top of the Toyota.

The incident occurred before 2 p.m. Wednesday, near the eastern entrance to Wegmans, 4287 Genesee Valley Plaza Rd. in Geneseo.

The driver of the Ford was helped from the vehicle by personnel with the Geneseo Fire Department, treated by emergency medical workers and ultimately transported from the scene via ambulance. The driver was alert and conscious at the scene and walked under his own strength.

Firefighters also extricated a dog from the Ford. The dog appeared agitated but unhurt and was looked after at the scene by a member of the fire department. A Wegmans employee was spotted giving the dog treats after firefighters got it out of the Ford.

A woman who identified herself as the owner of the Toyota the Ford crashed into was also checked by EMS at the scene, though it’s unclear if she was in her vehicle at the time of the crash.

It’s unclear what caused the driver of the Ford to crash into the Toyota.

Two M&R Automotive tow trucks also responded to the scene to pull the two vehicles apart and transport them from the scene.