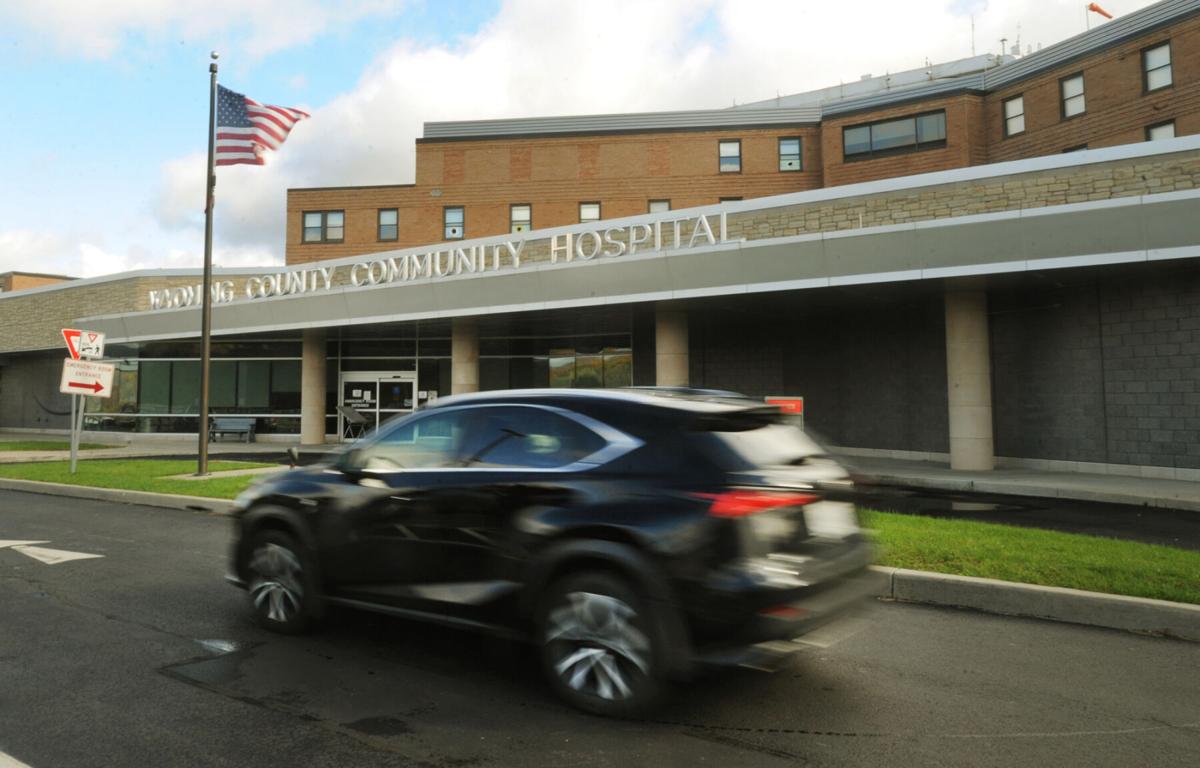 Mark Gutman/Daily News Wyoming County Community Hospital in Warsaw is among 32 hospitals in New York that have been ordered to limit elective surgeries to help improve capacity to treat COVID-19 patients. 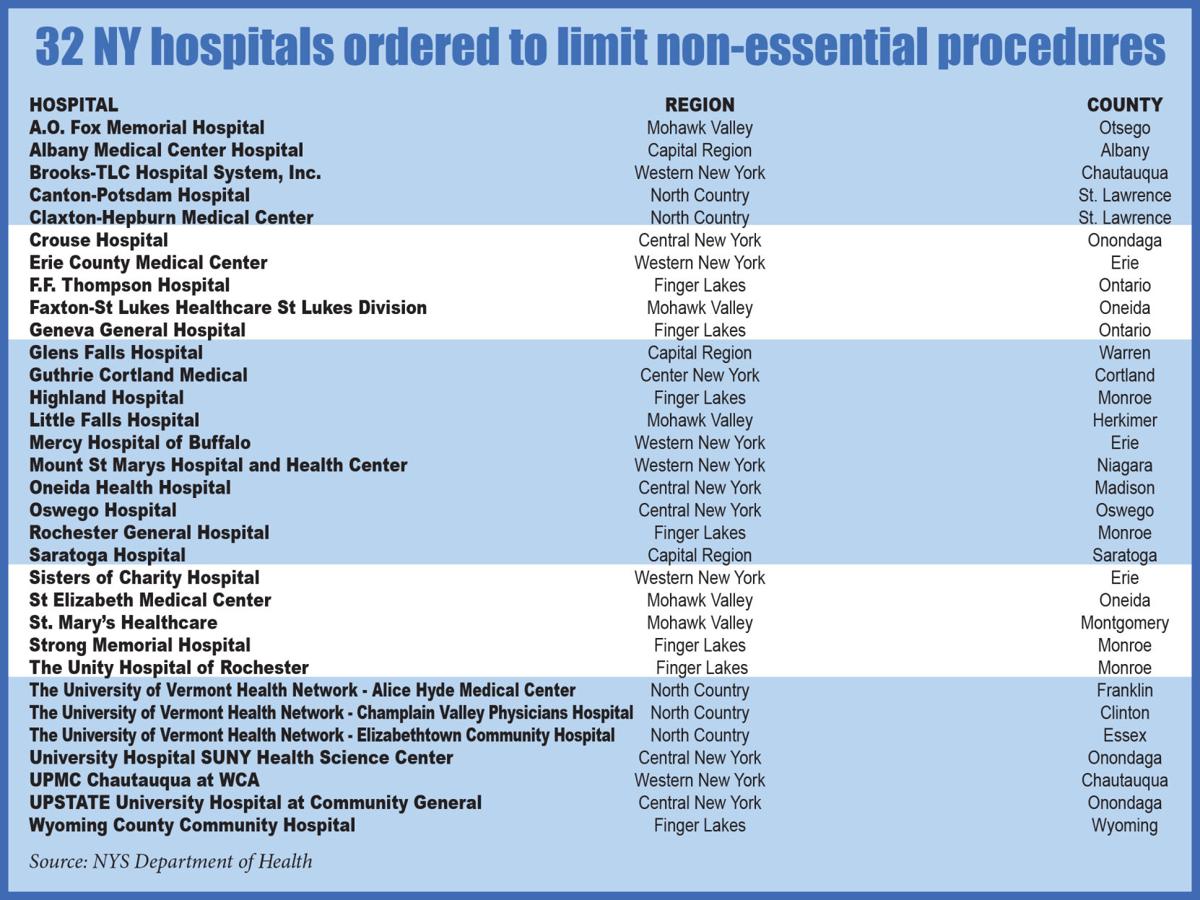 Mark Gutman/Daily News Wyoming County Community Hospital in Warsaw is among 32 hospitals in New York that have been ordered to limit elective surgeries to help improve capacity to treat COVID-19 patients.

The state Health Department sent determinations to 32 New York hospitals Monday mandating they cease non-essential surgeries and procedures within the next two days.

The order will impact procedures scheduled to occur on or after this Thursday, Dec. 9.

The Health Department released final guidance Friday, when the order went into effect.

Department officials referred to sections of the guidance Monday.

“DOH retains the discretion to require any facility to limit non-essential elective procedures and/or implement other actions to coordinate services, as determined by DOH as necessary to protect public health,” according to the guidance.

Hochul has stressed the need for her Executive Order No. 11, which declared a disaster emergency in the state and will reinstitute the state’s Surge and Flex health system created in spring 2020 to help hospitals more easily share resources as coronavirus infections are expected to increase through the upcoming holiday season and winter months.

“This has been worked on 24 hours a day by our team to work with the health care providers,” Hochul said Monday about the order limiting elective procedures during an unrelated press conference in New York City. “We did not want to return to a scenario in the early months of the pandemic where there was a wholesale shutting down of elective surgeries regardless of what the infection rate was in a region. So in fact, New York City was hit the hardest, but they were counties like Orleans County and Cattaraugus County and others where they really had almost no cases, but they also had to stop elective surgery. So we’ve learned a lot from that experience. To not just have a one-size-fits-all approach makes it more targeted to the hospitals that really are in trouble, or the hospital systems in a region.”

The state is prepared to send National Guard medical teams and staff from downstate hospital systems to the affected facilities and regions in need of health care workers to relieve the burden as the COVID-19 pandemic continues.

Last week, the governor deployed 60 National Guard medical teams to various long-term care facilities across the state, where she said “the need for additional resources has been identified” to alleviate some of the burden at nursing homes.

“... There were the places people are being kept in hospitals longer than necessary because they can’t be discharged to the nursing home because they don’t have enough staff,” Hochul added Monday. “So you’ll start to see that pressure relieved. It’s not going to be an easy situation. We expect to see a continuation, but not an uncontrolled situation. That’s important. We know the data are in close contact with elected leaders. We support their local efforts. And again, I’m reserving the right to take further steps if necessary.”

Health Department officials will review data weekly starting the week of Dec. 13. Data will be reviewed by the department Thursdays, and impacted facilities will be notified the next day, Friday, about limiting procedures to take affect the following Thursday, according to the guidance.

The department considers hospitals as at-risk with regional COVID-19 hospital admission rates greater than four, based on a seven-day average per 100,000 residents, according to the order.

The order does not apply to specialty facilities such as cancer treatment centers, non-hospital-owned ambulatory surgery centers, office-based surgery practices or free-standing diagnostic and treatment centers, according to the executive mandate.

The governor declared the executive order Black Friday as COVID-19 infections reach transmission levels not seen since last April and the emergence of the coronavirus omicron variant recently discovered in South Africa.

The omicron variant is confirmed in 12 New Yorkers with four cases discovered Monday.