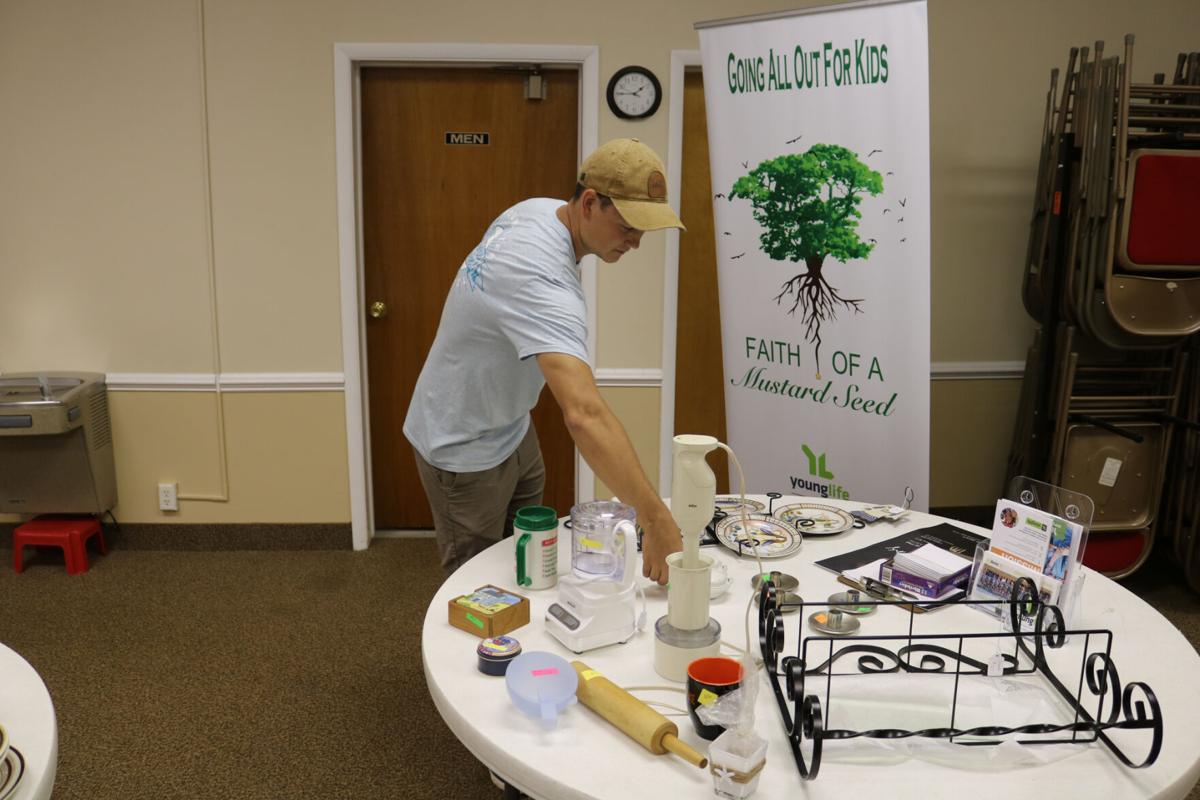 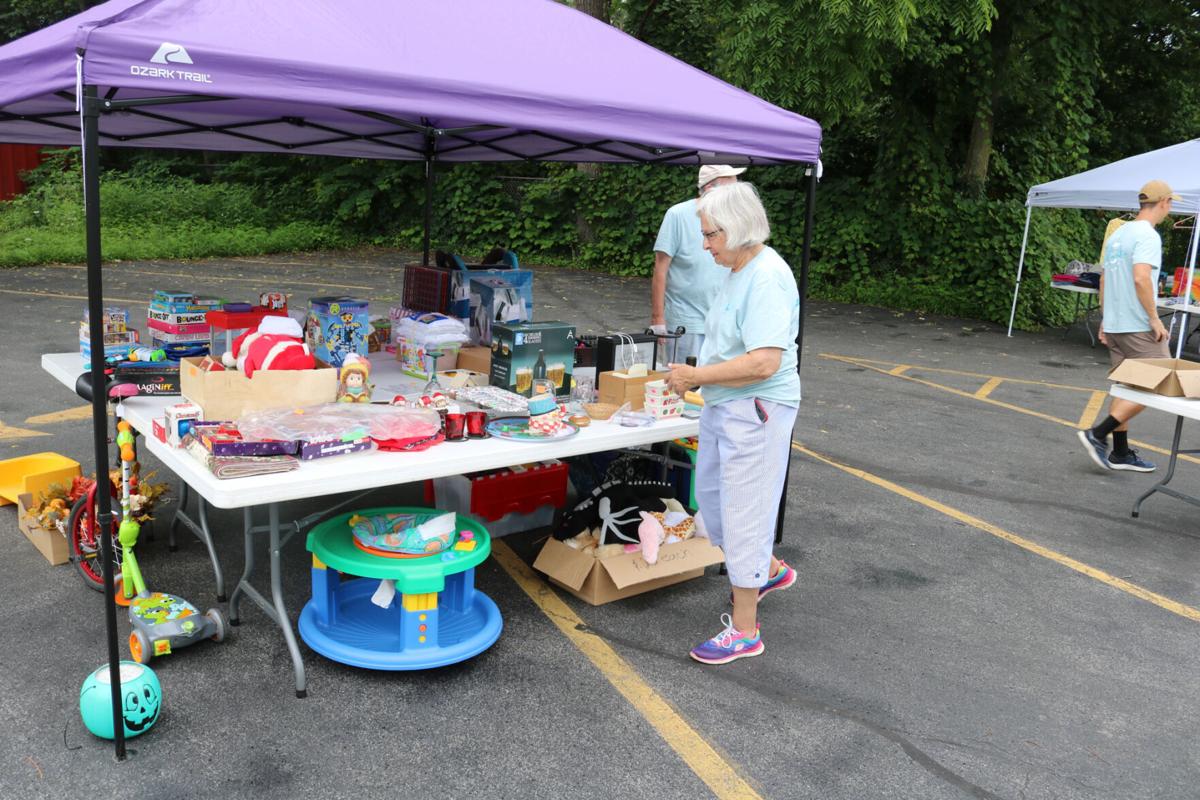 Brendan McDonough/Livingston County NewsFrom kitchen products to furniture there was just about anything and everything, at a fundraiser that was recently held by the Christian-based organization called Young Life. The group was hoping to raise $5,000 for youth summer camp programs.

Brendan McDonough/Livingston County NewsFrom kitchen products to furniture there was just about anything and everything, at a fundraiser that was recently held by the Christian-based organization called Young Life. The group was hoping to raise $5,000 for youth summer camp programs.

The two-day yard sale on July 16 and 17 raised money for Young Life, a Christian ministry that reaches out to middle school, high school, and college students in the United States and more than 100 countries around the world.

“We reach into the high schools to mentor them and hopefully introduce them to Christ,” said Morley.

The group just took about 10 kids to camp in the Adirondacks and are raising money for next summer’s camping trip, as well as a mini camping experience that will be held the weekend of Nov. 12 to 14.

The cost for the summer camping trip, Morley said, runs about $550 per student. If there is more than one student attending camp per family, it can be a heavy price on the parents. That is why he said fundraisers such as the yard sale are important. The money raised is then be used to help pay for the student who cannot afford to attend camp. Morley’s goal is to raise $5,000 for the summer camp programs.

“For some of the kids they were able to afford it and some others were not,” Morley said. “If you have two kids going to high school and you want to send them to camp, it is quite a bit of money. We help send them.”

For those who do get to go, he said it is an experience that they won’t soon forget.

“The summer camps are awesome, they do parasailing, weight boarding, sailing and any outdoor activities,” said Morley.

Also at camp, he said, they work to build life skills with the students.

“This is just helping kids through life, I mean not only are you helping them though emotional times, but you are helping them build life skills,” he said.

“It is not Boy Scouts in the sense that we are teaching them to try and do survival type stuff, but life skills. We are building up their confidence and spirituality,” said Morley.

It is a week not only filled with fun activities but one that is also cell phone free.

“It is a sober environment and their phones are taken for the week, so it is a complete week of fun and building relations with these teens,” said Morley.

Not only will they help build relations with themselves, but camp leaders said they also learn to build a relationship with the Lord.

“I think it is the most important thing because it helps to ensure their eternal life in the future but also helps them now to the wisdom to live life,” Morley said.

“Making wrong choices can lead to a lot of heartache and pain, but having Christ in your life helps you gain the wisdom to make right choices,” said Morley.

Making those right choices is something that Morley said was not always so easy for him.

“I struggled with drug addiction in High School. I went to Livonia and in 2013 I graduated. In 2014, I was in heroin addiction,” said Morley.

He said he eventually reached rock bottom. “I have been at the lowest low, where I am stealing from parents and selling everything that I own just so that I can support a day-to-day addiction” said Morley.

What helped him break that addition was a program called, “Teen Challenge,” a network of Christian faith-based groups intended to provide rehabilitation services to people struggling with addiction.

“I met Christ and it saved my life,” said Morley.

Youth have a fun time at summer camp while also discovering a purposeful life, he said.

“Young Life,” Morley said, “labels it the best week of their life.”