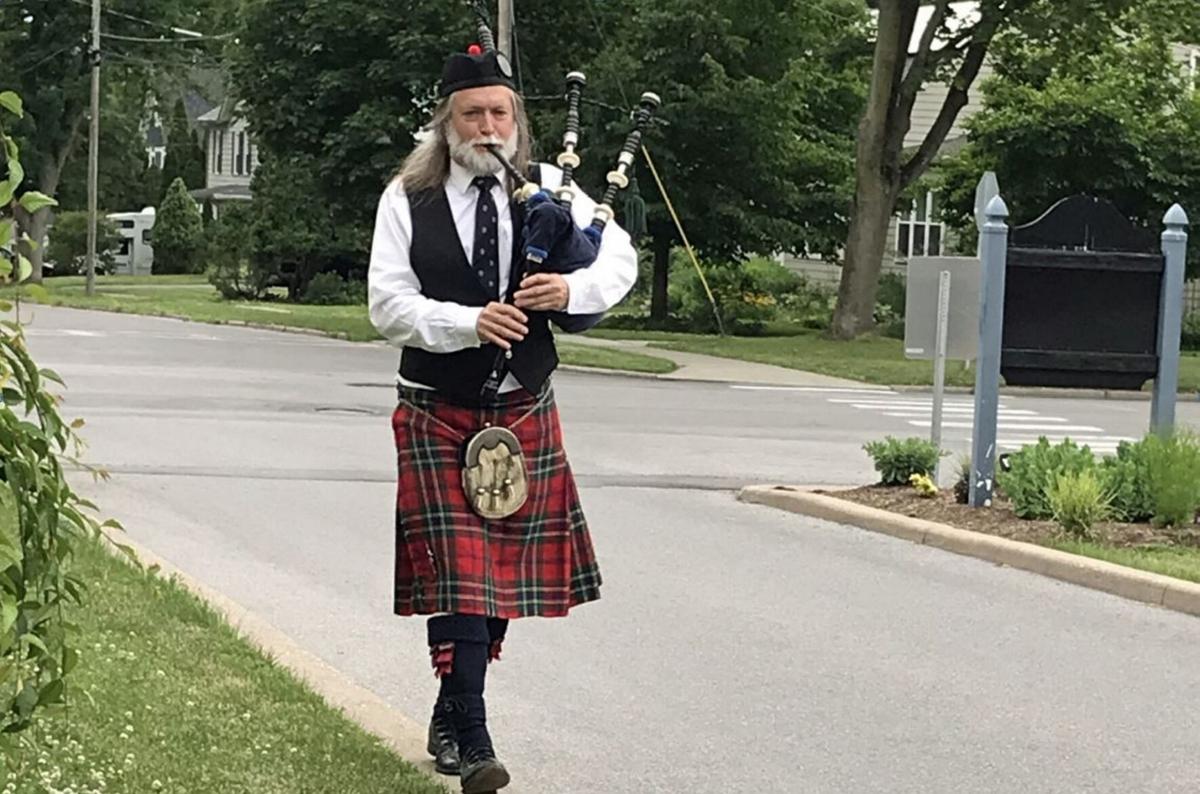 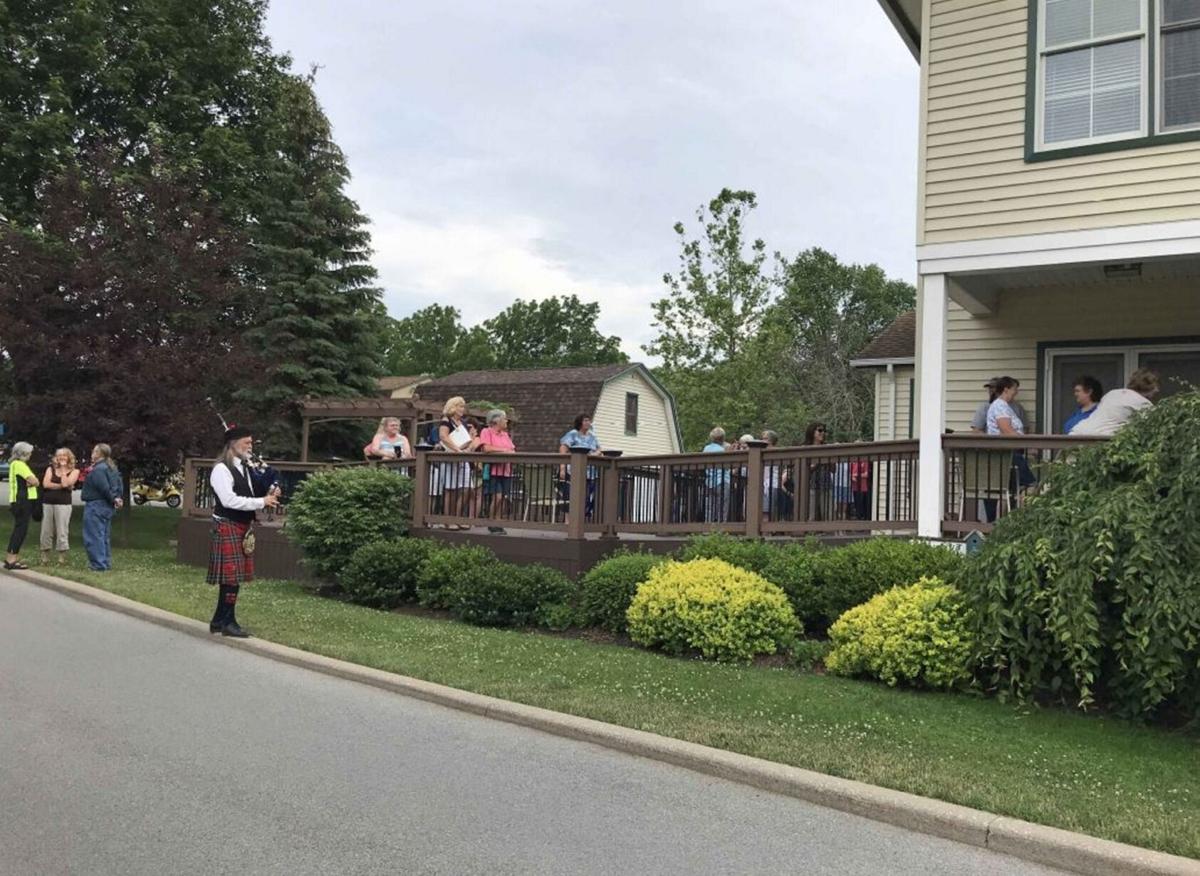 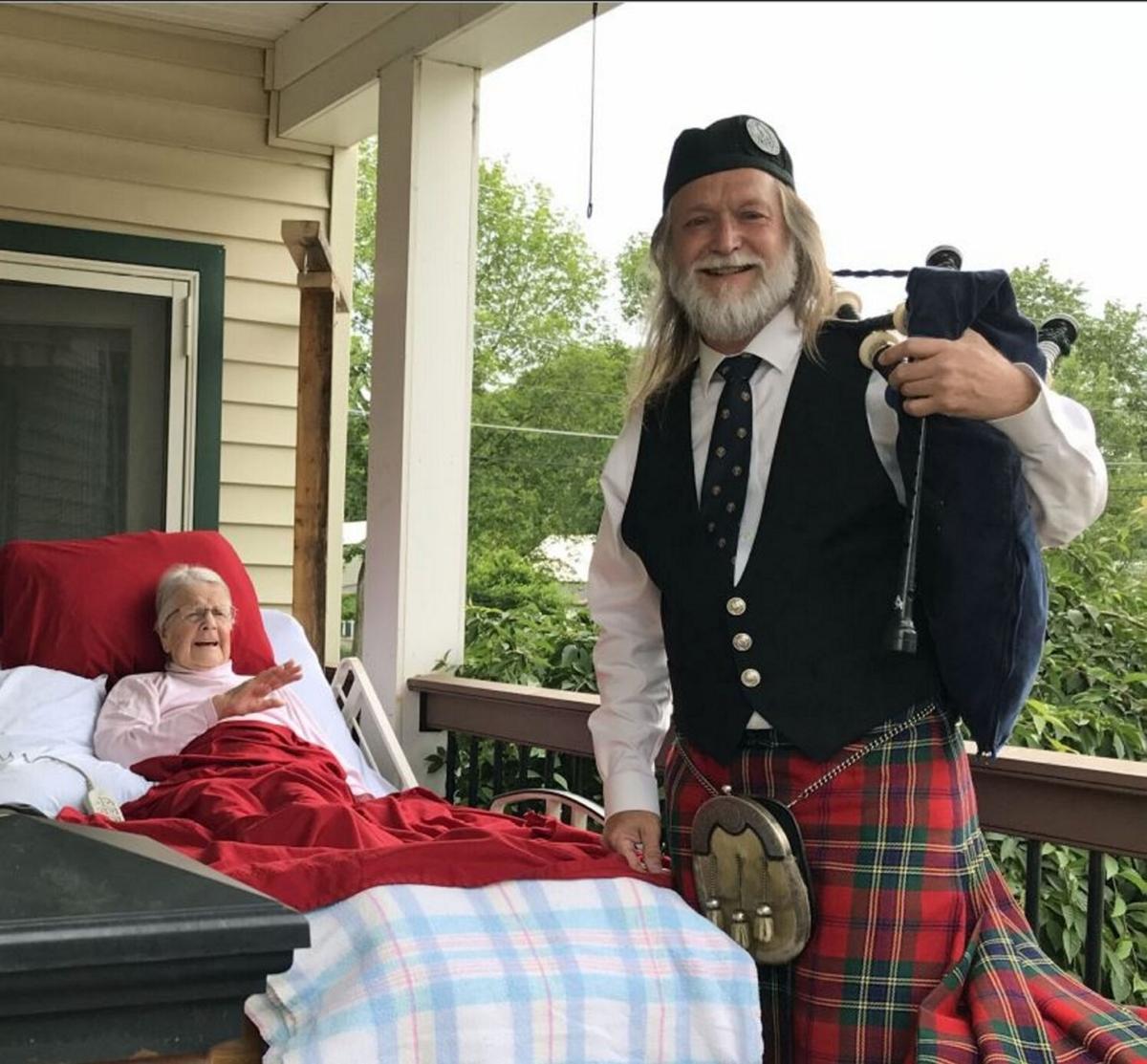 The June 25 performance was arranged for Teresa House resident Rev. Ellen Wallace Douglas by her daughters, said Steve MacLeod, the bagpiper who played for her.

“To keep the surprise, I tuned up my bagpipe about a mile away and then joined about 40 of Ellen’s family and friends who had gathered in a parking lot near the Teresa House, but hidden behind some trees,” said MacLeod, who lives in Mendon. “At the appointed time, I struck in the bagpipe and started playing ‘A Hundred Pipers’ and led the procession to the deck at the back of the house. Ellen heard the bagpipe music but, as we were hidden from view, she couldn’t see what was happening. Apparently, she asked ‘Does someone have bagpipes as a ring tone?’ As soon as she could see us, she just beamed.”

MacLeod played for about a half an hour, keeping to upbeat tunes that may have been familiar to Douglas, who is Scottish. He concluded his set with a rendition of “The Road to the Isles,” a classic Scottish tune.

While MacLeod said he finds something special at every event he plays, his performance for Douglas last month was especially memorable.

“Ellen’s grace was very touching and the warmth of her friends and family was palpable,” he said. “...I’m sure it was tiring for her, but she was so very gracious to everyone, including me.”

Douglas was an ordained Christian metaphysical minister, a counselor and the author of several books, including “The Laughing Christ,” in which she sought to make readers aware of the view of Jesus as “a man of love and joy, rather than a man of sorrow and suffering.”

According to Teresa House Director Leah Fletcher, Douglas continued writing while at the hospice care home, even sending some of her newest writings to her publisher during her time in Geneseo.

Douglas died on July 19 at the age of 92. Before she passed, she said it was “an exceptional day and much appreciated.”