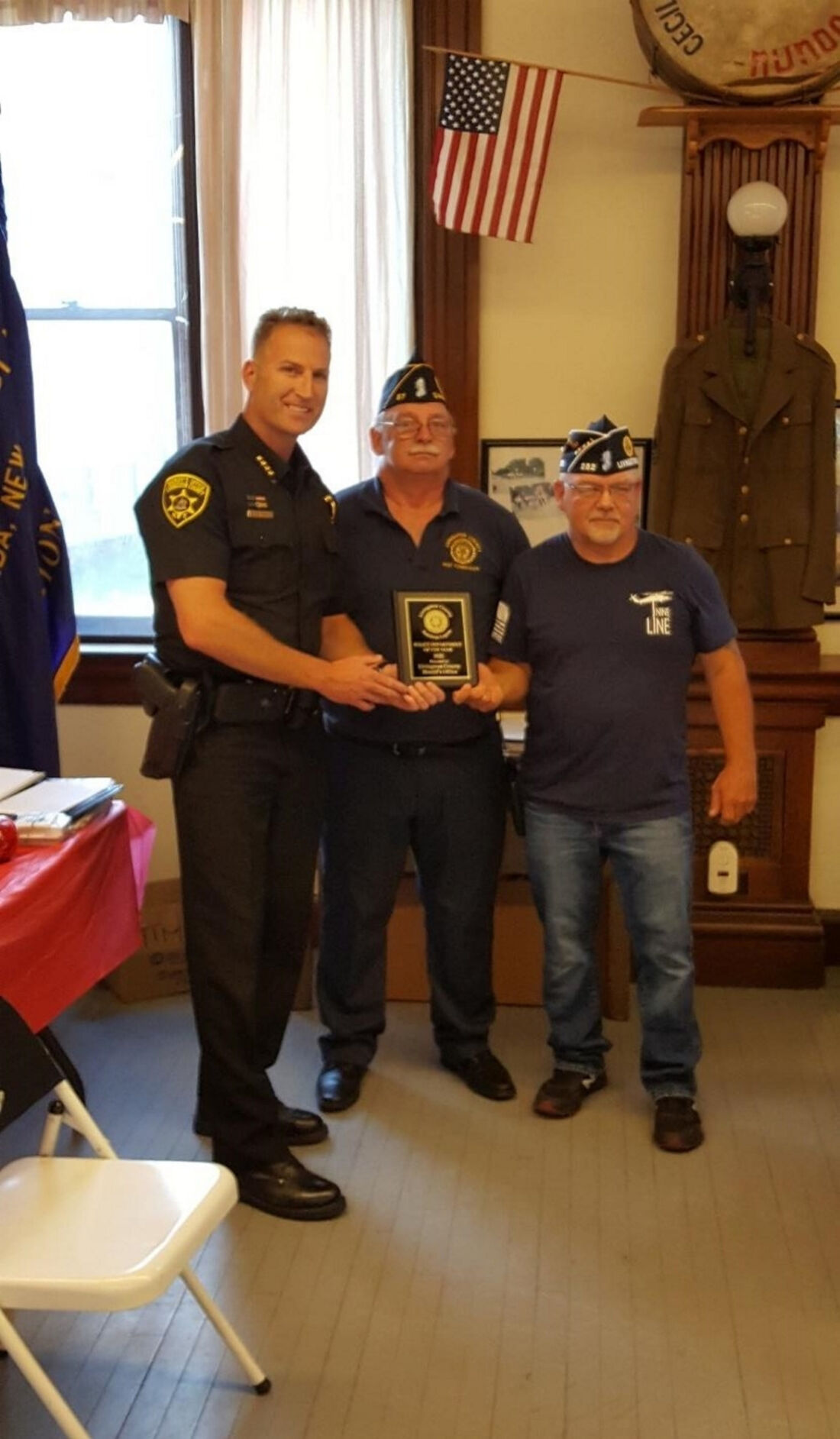 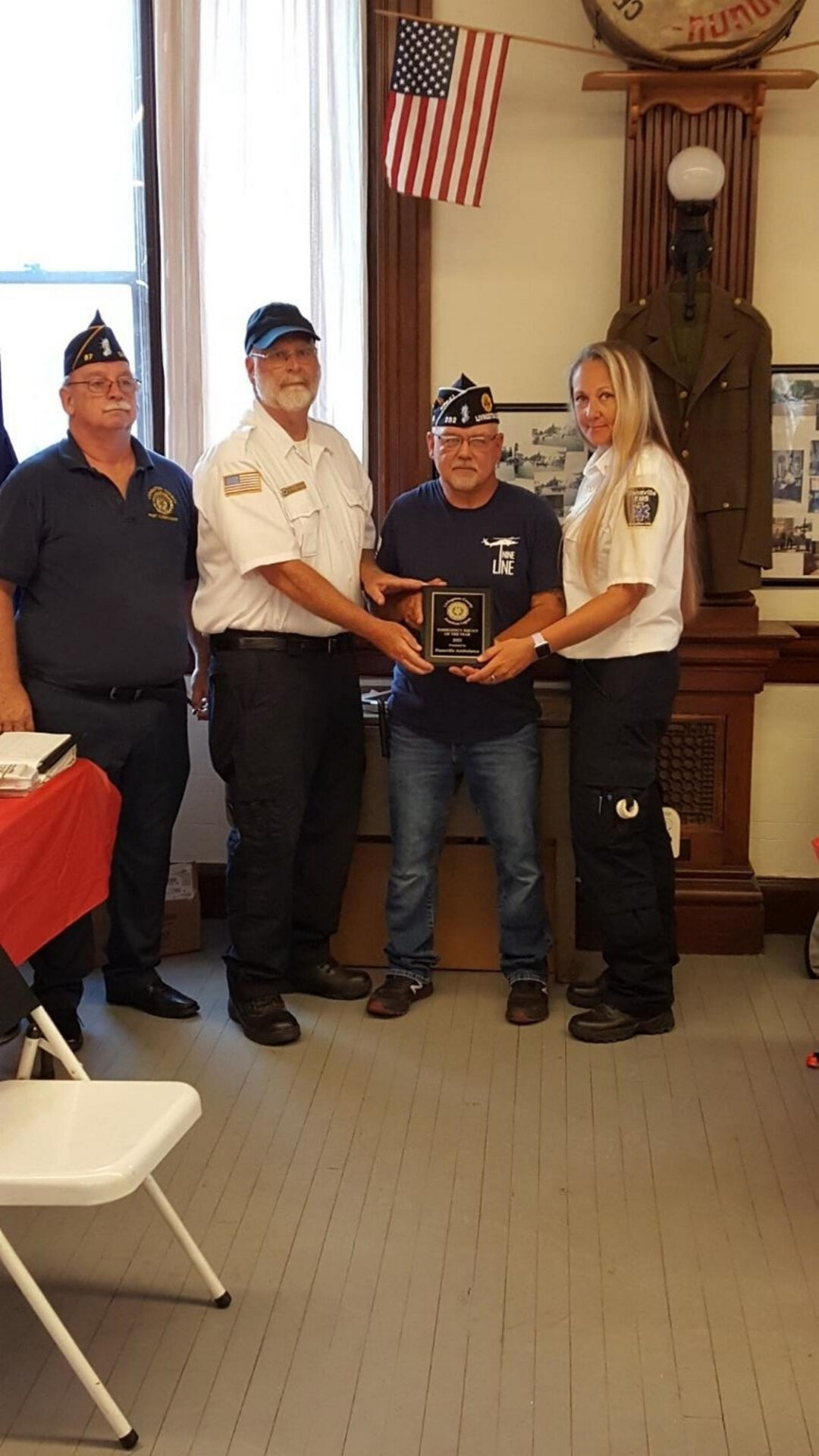 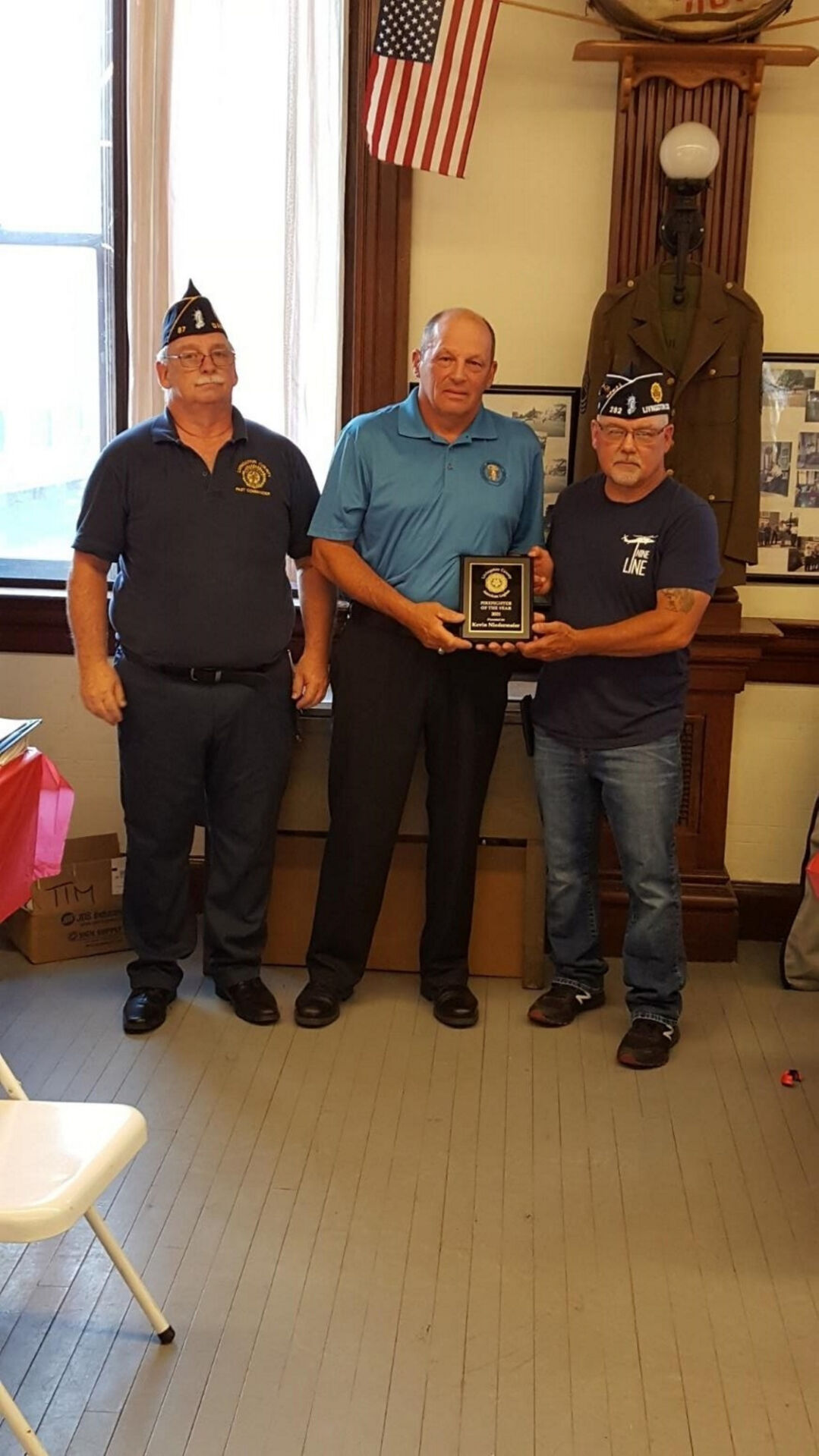 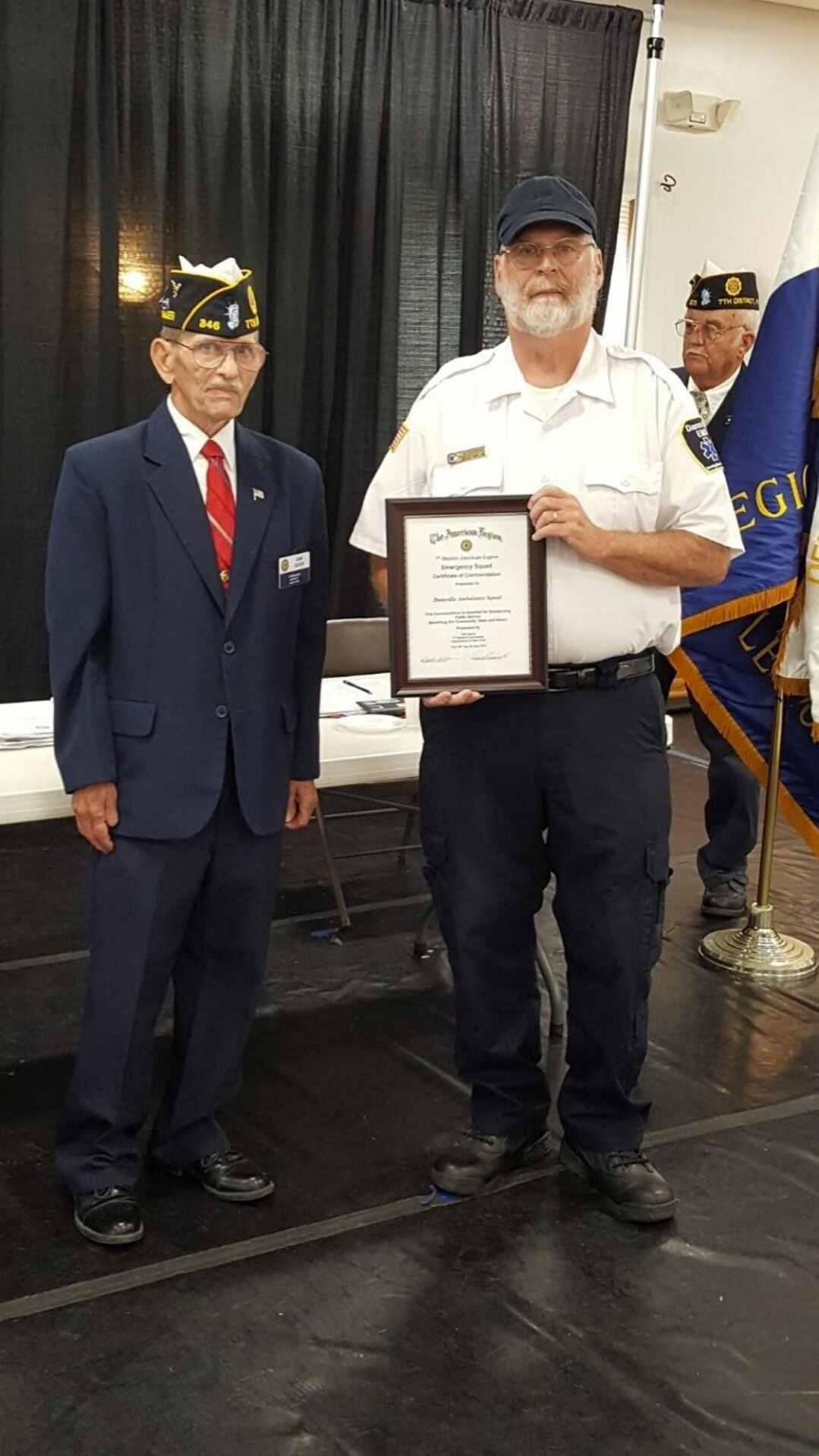 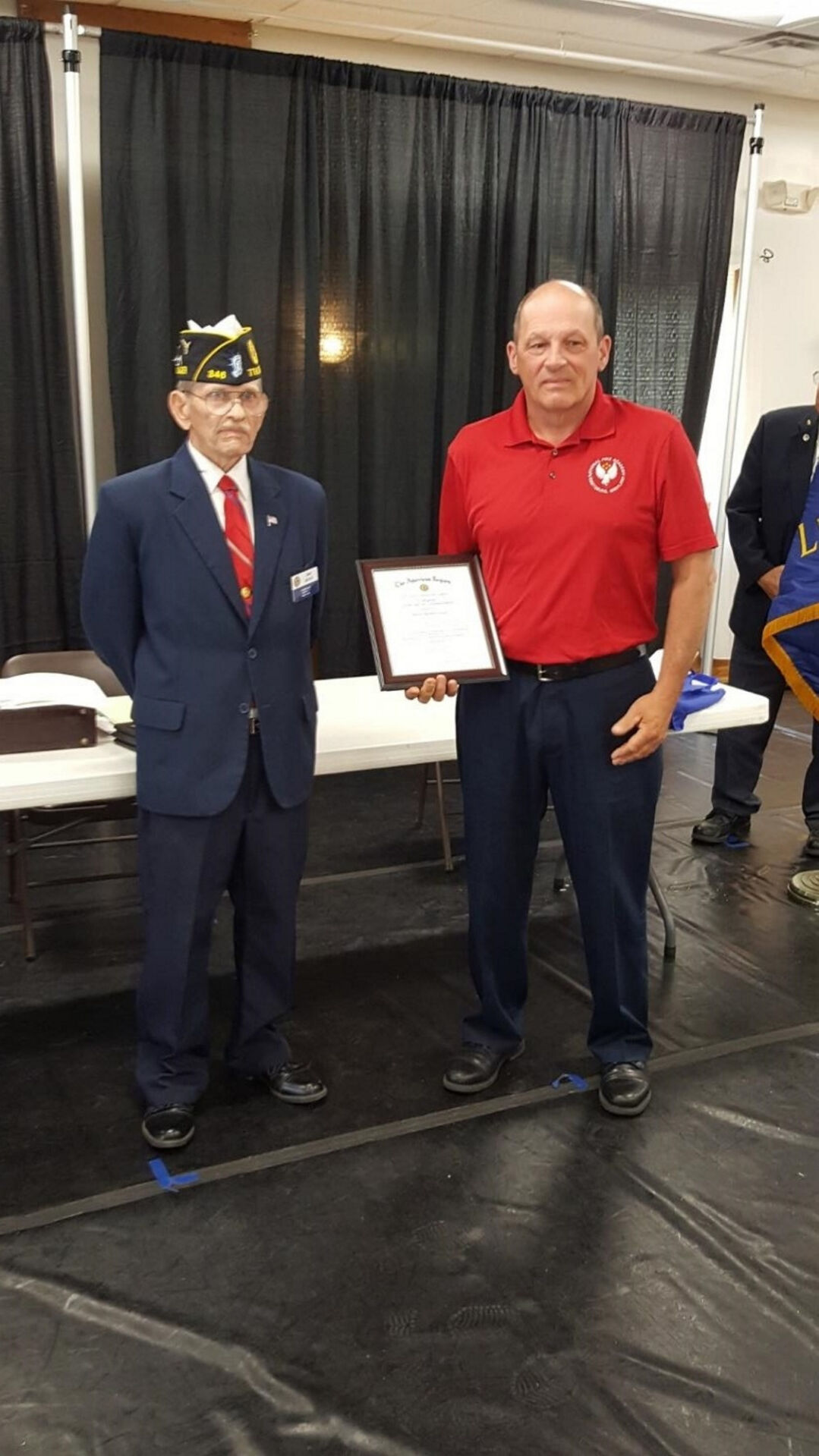 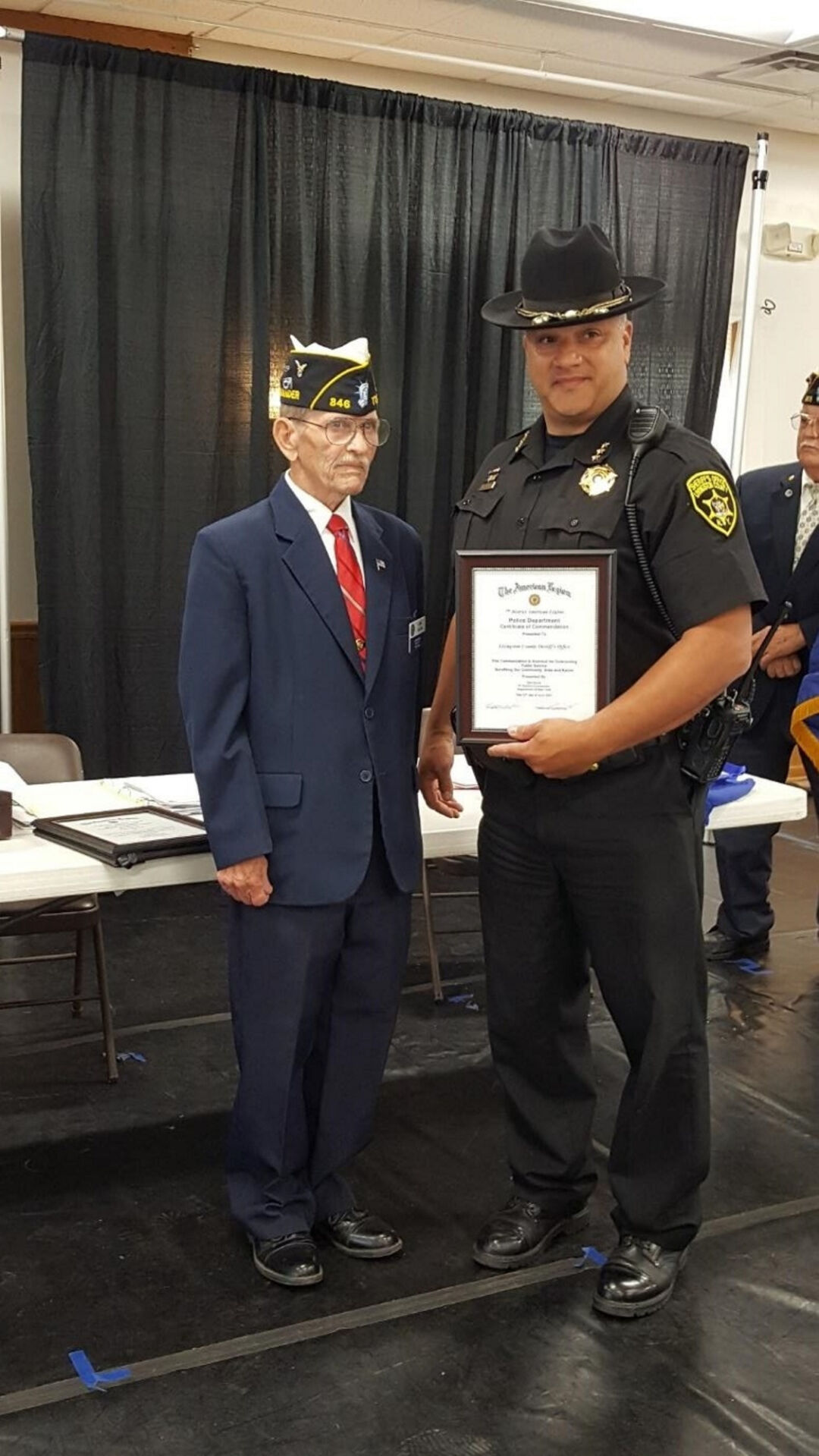 The annual awards program recognizes police officers, firefighters, corrections officers, emergency medical personnel and 911 dispatchers who have given above and beyond for their local community - either through their extended service or through a single, seminal act.

This year, American Legion Harrison-Lee Post 283 in Livonia submitted Kevin Niedermaier and the Livingston County Sheriff’s Office as nominees for the Firefighter of the Year and Police Department of the Year awards, respectively.

The Livingston County American Legion selected these two nominees as well as the Dansvile Ambulance Company to receive awards at the county level.

Awardees also received awards from the American Legion’s 7th District and, in addition, the Department of New York has also selected the three to receive awards at the state level in their respective categories.

Post-level awards were presented to the recipients June 15 at Harrison-Lee Post 283 by Post Commander Cynthia Nelson, at the county level June 9 by County Commander Lenny Englert and at the district level June 12 by 7th District Commander Dan Quick.

Kevin P. Niedermaier was awarded the American Legion’s Law and Order Firefighter and Emergency Manager of the Year award for his more than 40 years of dedicated service to the Groveland Fire Department and Livingston County.

In addition to his service with the fire department, Niedermaier worked diligently as the director of the Livingston County Office of Emergency Management for 25 years before retiring in December 2020.

In this capacity, he oversaw and provided guidance to all 19 volunteer fire departments in Livingston County. He coordinated and arranged for New York State firefighting and emergency response training courses for firefighters throughout the county and supervised the instructors who taught these courses.

Niedermaier is a former fire investigation instructor at the New York State Academy of Fire Science in Montour Falls and, under his direction, Livingston County’s fire investigation team had a 100 percent arson conviction rate over the past 25 years. He also organized, equipped, and led the county’s hazardous materials response team that responded to all hazardous materials calls in the county.

The Livingston County Sheriff’s Office was awarded the American Legion Law and Order Police Department of the Year for 2020-21 for its members’ heroic actions on May 27, 2020.

On that day, deputies went from a routinely quiet night to racing to the scene and engaging in a fierce gun battle with a tractor-trailer driver. Command staff was able to assesses the situation, recognize the potential danger to the community and gave clear, difficult and decisive commands which ultimately resulted in the death of the homicidal truck driver without any injuries to law enforcement officers or civilians.

Deputies, upon receiving commands to engage the suspect, did so without hesitation and with very good marksmanship, which limited the number of shots needed to successfully end the encounter.

The Dansville Ambulance Company was awarded the American Legion Law and Order/First Responder Emergency Squad of the Year award for 2020-21 for its outstanding service to Livingston County since 1968. The Dansville Ambulance Company is an all-volunteer EMS provider which provides EMS services for the village of Dansville, the towns of North Dansville, Sparta, West Sparta, and Ossian and parts of Groveland and South Dansville. The company averages between 1,100 and 1,300 calls for service each year, covering about 148 square miles and 12,300 people.

In addition, the company assists Livingston County cover other areas when called on by the 911 dispatcher. The Dansville Ambulance Company was named the 2019 Agency of the Year by the Monroe-Livingston Regional Emergency Medical Services Council for excellence in furthering the mission of EMS in the area. The award recognized the recipient’s commitment and dedication to care, strong leadership skills, excellent communications skills and teaching skills.