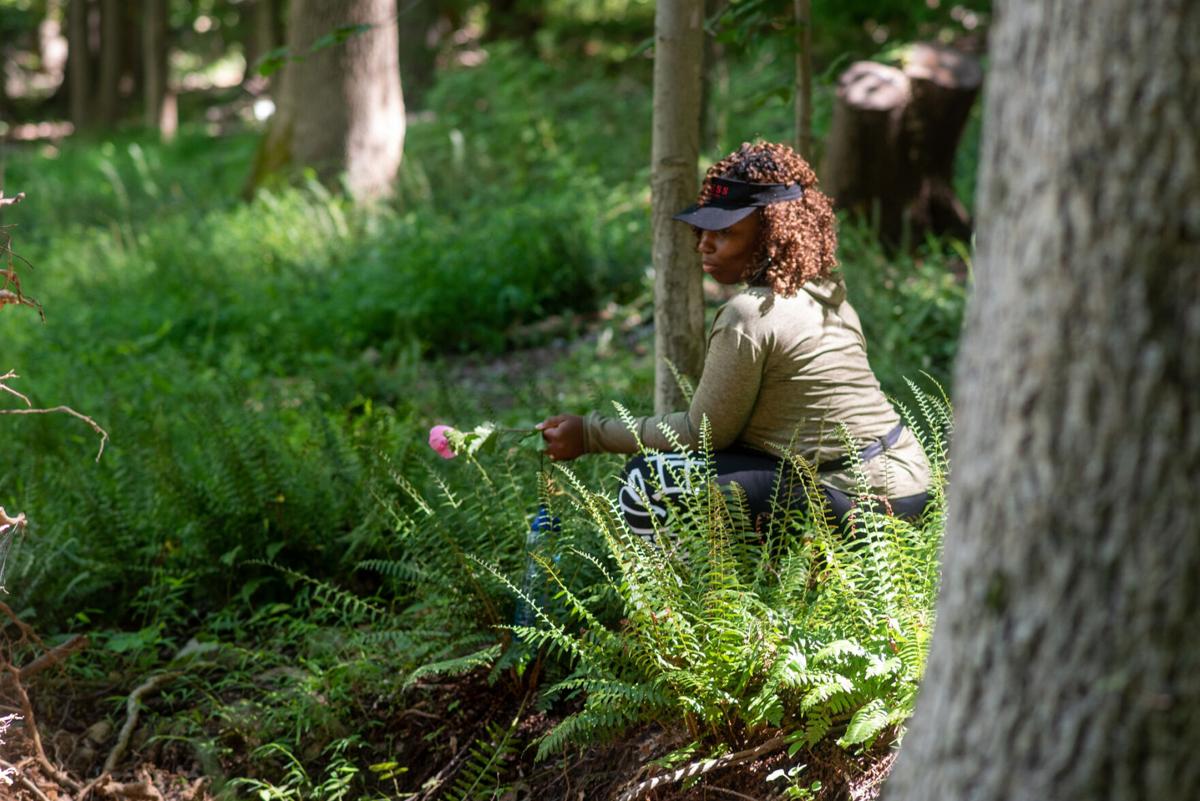 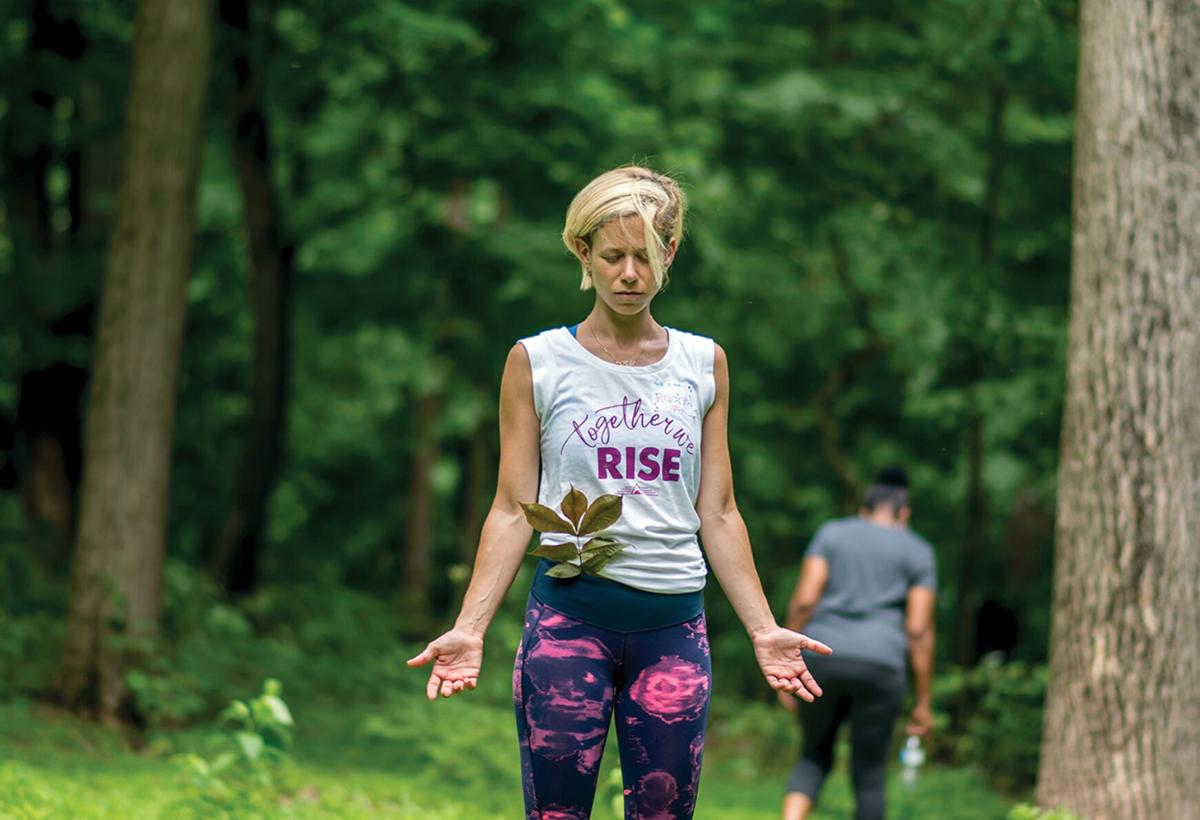 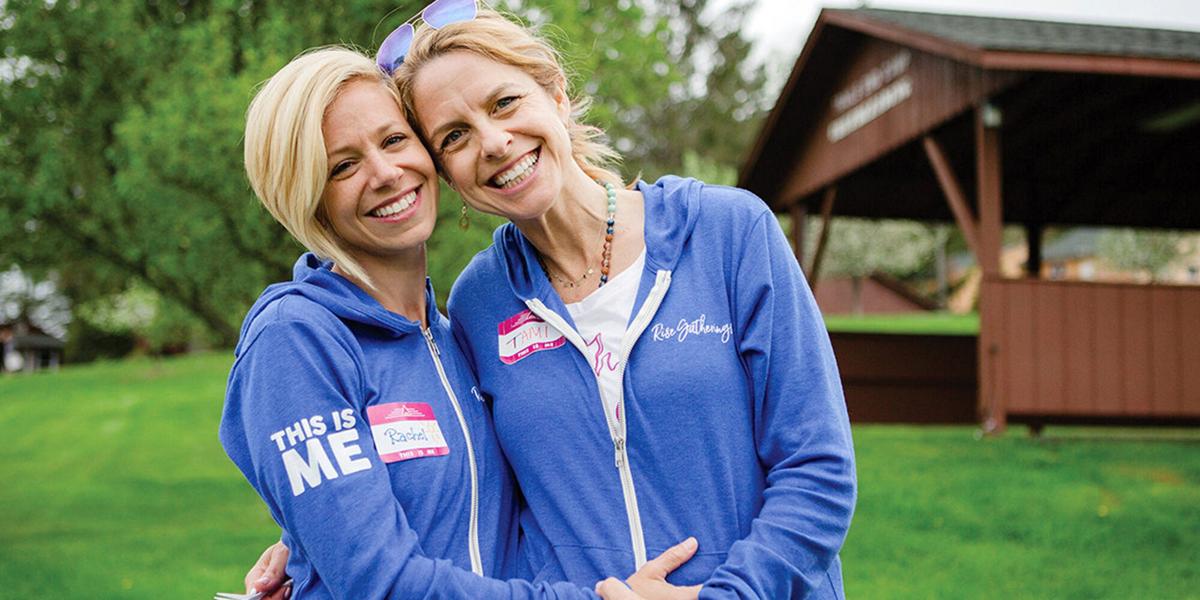 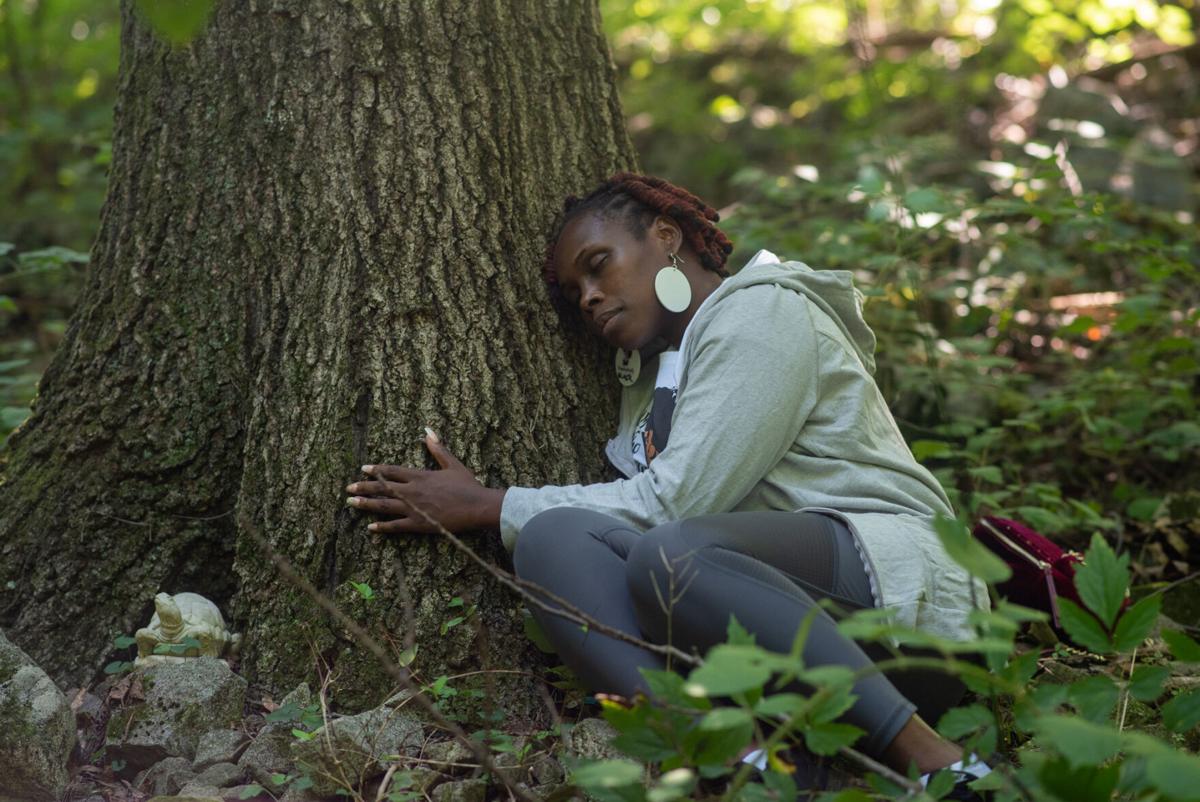 Gaia Dawn Studios/Rise Gatherings/TNSNatasha Glaude, a participant in a recent forest-bathing event, takes a moment to savor the natural world. 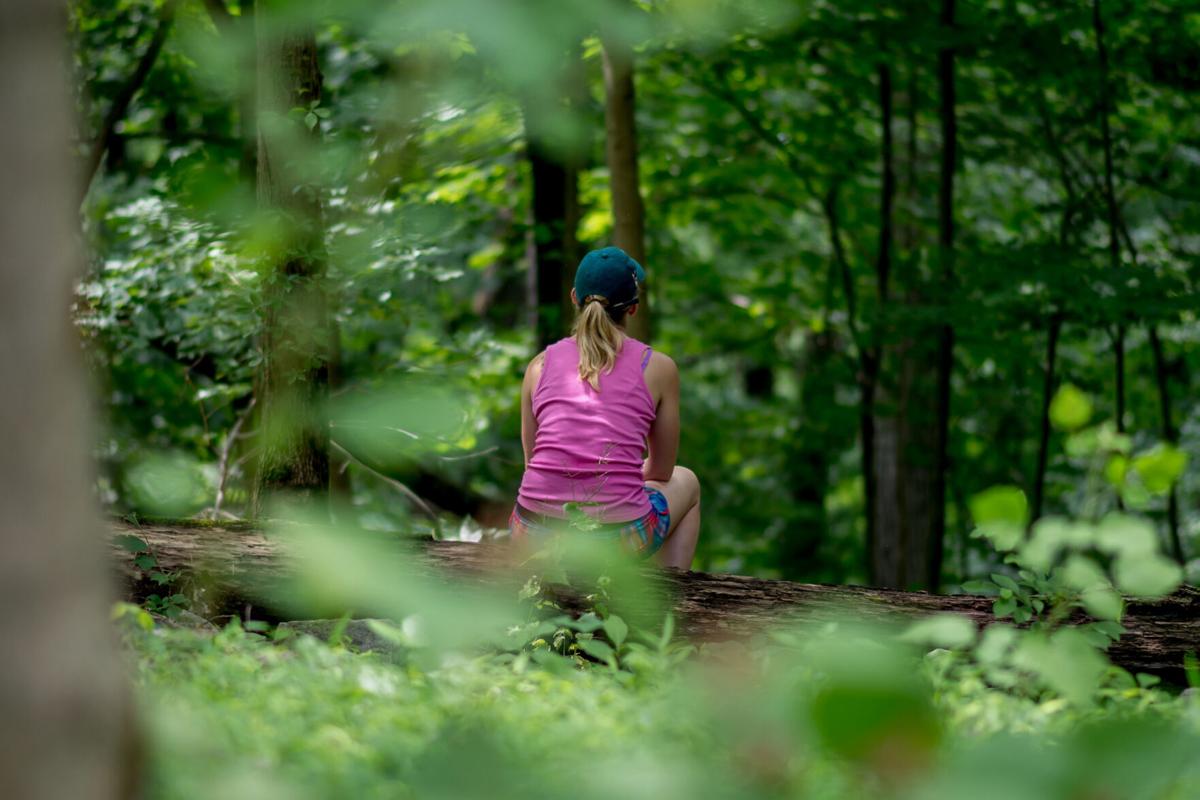 Gaia Dawn Studios/Rise Gatherings/TNSNatasha Glaude, a participant in a recent forest-bathing event, takes a moment to savor the natural world.

PHILADELPHIA – If you accompany Tami Astorino and Rachel Rubin into the forest, you’re in for an invitation to explore – gently, slowly, one sense at a time.

Look around with fascination rather than focused attention, they will tell you. Listen for sounds nearby and far away – rustling of leaves, birdsong, insects. Breathe deeply and smell the scents of the woods. Open your mouth wide and taste the air. Feel the earth beneath your feet, the soil between your fingers.

“When you wake up your five senses, which are dulled by modern life, your sixth sense is awakened,” explained wellness leader Astorino. “To me, this is why forest bathing has an appeal now more than ever. Because we’re inundated with information, and it’s hard to hear our own voice.”

You heard right – she said forest bathing. No water necessary.

Rather, forest bathing – it originated in Japan, where it is called shinrin-yoku – is a practice whose proponents believe spending time immersed in nature is beneficial to our mental, spiritual, and even physical health.

For Astorino, 49, of Ambler, and Rubin, 35, of Fort Washington, partners in Rise Gatherings, their four-year-old health and wellness enterprise, forest bathing has not only been embraced by the women they serve, it may well have saved their business, which was all but shut down by COVID-19.

“We’re helping the forest take care of others,” Astorino said, “and in doing so, it’s taking care of our business, too.”

In recent years, forest bathing has been gaining a following in the United States as a way to reduce stress and anxiety and increase energy by moving mindfully through nature. Researchers in Japan, where the practice originated in the 1980s, say they have found evidence of physical benefits ranging from lower blood pressure to boosting the immune system.

The California-based Association of Nature and Forest Therapy, founded in 2012, has trained more than 1,100 guides in their forest bathing-based therapy. Locally, forest bathing and forest therapy outings have been held in settings that include New Jersey’s Pinelands, the Schuylkill Center for Environmental Education, and Wissahickon Valley Park, to name a few.

Astorino and Rubin both shared a belief in the healing power of nature when a mutual friend introduced them in 2016. It didn’t take long for them to decide to form a business that would bring women together. It became Rise Gatherings. The women had a vision of an annual, personal growth women’s weekend in the Poconos. The first, held in 2017, drew 100 women, and the next two years were bigger still.

The women created other programs as well, including one-day retreats in wooded acreage near New Hope. Astorino had learned about this healing practice through nature called forest bathing. She introduced it to her partner.

“I was blown away by it,” said Rubin.

Even among women who were skeptical at first, forest bathing became a popular part of their programs. What started as a 45-minute workshop in their full-day retreats grew to whole-afternoon experiences.

The partners started 2020 with high hopes.

“This was going to be our year,” Astorino said. “This year we were starting to reap the benefits of everything we had planted.”

Their big annual weekend retreat was on track to be twice as large as the previous one. Their other events were well attended, too.

But then the pandemic struck.

“Like a lot of small businesses, we were going through different scenarios of how we could stay afloat as a business but also how we could be of service,” said Astorino.

During the first months of the pandemic, they offered free virtual programming aimed at bring women together for support and inspiration, and, eventually, to address racial injustice. They found enough interest in the online programs that they started paid virtual memberships as well.

But that wasn’t going to sustain them. So one day this spring, as Astorino was taking a walk in the forest, the idea hit her.

“I thought, ‘What are we waiting for? We can do forest bathing retreats.’”

And so, starting in July, they did – mini-retreats, a few hours in duration, in a 20-acre forest by New Hope. They’ve kept the groups small: 15 to 18 women. Social distancing isn’t a problem in the woods; each person is at least 10 feet apart from each other. The response has been enthusiastic.

“It’s amazing,” Rubin said. “Every one of them sells out.”

In each session, Astorino said, she tells the participants about some of the health benefits that have been attributed to forest bathing. The rest of time is a guided experience through different kinds of “invitations,” she said. Some are passive, like being still and feeling earth’s energy. Some are intellectual – feeling the connection to nature and mankind. Others are active – awakening one’s senses, saying a prayer, practicing gratitude. For some, she said, literally reaching out and embracing the forest is a powerful experience.

“If you have never literally hugged a tree, don’t knock it until you try it!” said Robin Brandies, 51, of Marlton. “Even if you choose to do it with no one watching, you may be surprised by what comes back to you.”

Brandies, a fund-raising professional who participated in a recent mini-retreat, said forest bathing can offer something different for everyone.

“It is a truly delightful opportunity to deeply connect with nature and to find some inner quiet,” Brandies said. “It is also a beautiful way to connect with other women _ close friends or total strangers.”

Some of the feedback Rubin and Astorino have gotten from the women who have attended the retreats is that forest bathing was the safest they’ve felt among strangers in quite a while.

“They feel a sense of community with others,” Rubin said. “We’re feeling so secluded in our own worlds and have been for so many months.”

And while forest bathing with others is a special experience, it can also be done alone, just you and nature. In time, Astorino said, she believes forest bathing will become part of the mainstream of wellness practices.

“When you experience forest bathing, the trees do talk to you,” she said. “They do say, ‘We’re here for you, and we do need your help.’ So I think there is a larger calling in all of this, and I think more and more people are going to know what it is. I hope so for our sake and the planet’s sake.”