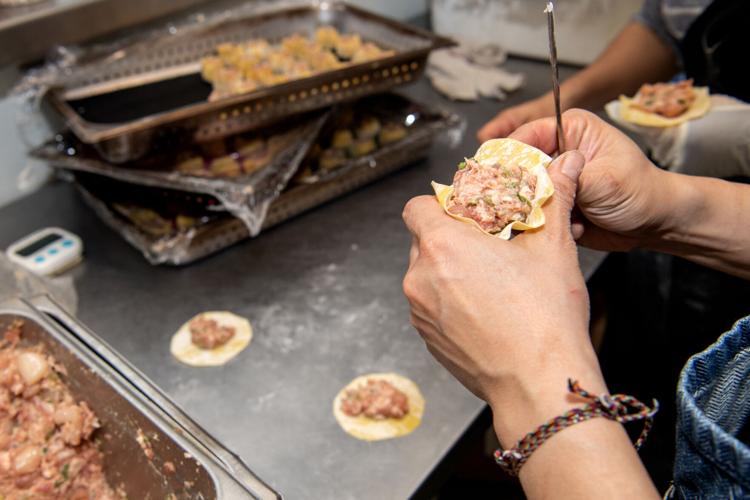 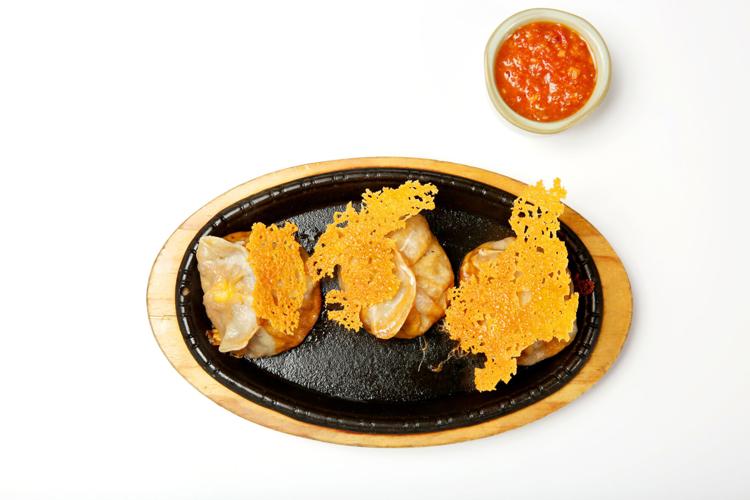 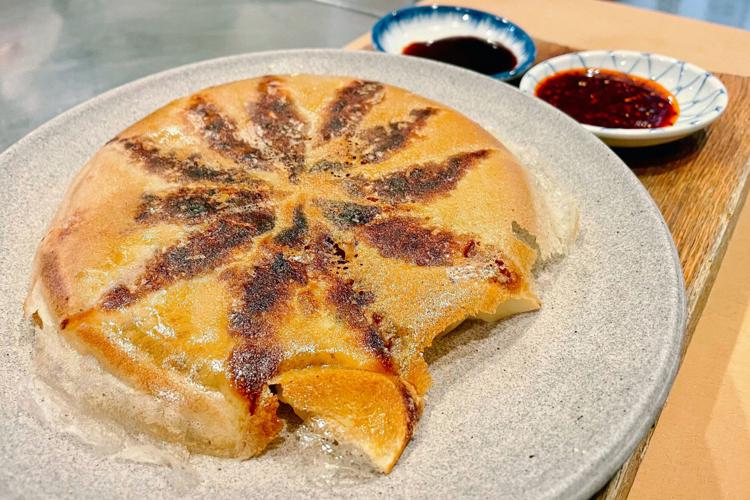 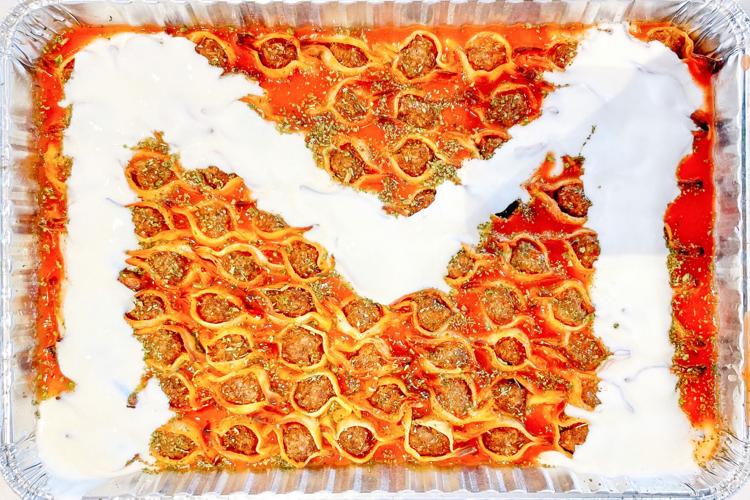 A tray of monta with tomato and yogurt sauce from the Monta Factory in Glendale, Calif. Jenn Harris/Los Angeles Times/TNS

A tray of monta with tomato and yogurt sauce from the Monta Factory in Glendale, Calif. Jenn Harris/Los Angeles Times/TNS

LOS ANGELES — What is a dumpling?

That’s the question I posed to dozens of chefs and other experts over the last year on my quest to understand one of the world’s most beloved, pervasive foods.

“Technically, a spring roll is a dumpling,” chef Shirley Chung says during a recent visit to her Ms. Chi restaurant in Culver City. Seated next to her at a table are food writer Andy Wang and culinary consultant and event producer Caryl Chinn. I sought counsel from these three because they are known for their dumpling expertise — after all, they refer to themselves as the Dumpling Mafia. “The definition is (it) has a wrapper and has a filling. ‘Dumpling’ is a big umbrella.”

Also on her list of dumplings: cabbage rolls, empanadas, even calzones, which she refers to as “giant dumplings.”

“So based on this, then, a chimichanga is a dumpling,” Wang adds.

“A taquito is a dumpling because it’s a Mexican spring roll,” Chung says.

I chime in to ask if Uncrustables, the crustless, sealed white bread pockets filled with peanut butter and jelly found in the frozen aisle at most grocery stores, are a dumpling. I’m half kidding.

And we all descend into the dumpling rabbit hole. Indeed, my notion of a dumpling expanded exponentially as I filmed Season 2 of “The Bucket List” video series (view series online at wdt.me/foodhelp), with 11 episodes devoted to filled and wrapped, steamed, grilled, fried and boiled delicacies.

According to cookbook author Andrea Nguyen, there is no right answer about what makes a dumpling a dumpling.

“I think the problem is people always want a narrow answer, and when you think of the breadth of what a dumpling is you have to really be flexible,” she says during a recent call. “When you realize that every single cuisine has a dumpling ... food is a way to unite us, not divide us, so be generous with the answer.”

At first I thought the history of the dumpling might shed some light on a definition. Turns out, there is no single, widely agreed-upon origin for dumplings. Author Barbara Gallani traces their evolution in her 2015 book, “Dumplings: A Global History,” citing variations in the Middle East, Central Asia, Africa, Latin America and Europe dating back centuries. Gallani’s book recognizes dumplings that are filled and wrapped, unwrapped and unfilled, roughly cut, precisely folded and everything in between.

“The dumpling has developed independently in many different parts of the world through the use of common ingredients,” she writes. “Travel and commercial exchanges have contributed to the transfer of certain shapes and combinations of tastes from country to country and across continents.”

Depending on who you ask, tamales and humitas in Latin America, fermented corn kenkey in West Africa, cinnamon-sauced souskluitjies in South Africa, Turkey’s tatar boregi (also known as manti) and spatzle in Austria are all dumplings.

There are just as many terms used for dumplings around the world as there are variations. The etymology of many relates to their shape or filling.

“The English word dumpling, for example, has been traced back to the sixteenth or seventeenth century when the now-obsolete noun ‘dump,’ which probably meant ‘lump,’ was given a diminutive suffix,” writes Gallani.

In Cantonese, the word “wonton” can be translated to “swallowing clouds,” which can reference the shape of dumplings floating in soup. Jiaozi, Chinese crescent dumplings, derive their name from both their shape (“jiao” can mean “horn”) and backstory. It is widely believed that a Chinese medical practitioner named Zhang Zhongjing invented jiaozi during the Han Dynasty, looking for a way to help villagers suffering from frostbite, mainly around the ears, during the bitterly cold winters. He wrapped mutton and healing herbs in scraps of dough and served them in hot broth.

“The thing with Asian dumplings is people think that they just boil down to dim sum, and even in the world of dim sum, there are all kinds. They are not all potstickers and soup dumplings,” says Nguyen. “When I was considering what dumplings to include, I went to the crux of what a dumpling is, and they are inherently made with common ingredients you have on hand, and that’s why they comfort us so much.”

When traveling, I visit the Chinatown of any major city in search of dumplings.

I started taking friends on dumpling crawls about a decade ago, eager to introduce any interested party to the wide swaths available in my beloved shopping malls. Although the crawls primarily took place in the San Gabriel Valley, I knew there was so much more to explore. (Next month, I’m hosting a version of my dumpling crawl on Sept. 24 at Night Market during the L.A. Times Food Bowl.)

In Los Angeles, we’re lucky enough to find dumplings from all over the world. There are king dumplings as big as softballs, buoyant and teeming with bits of chopped pork and kimchi, glass noodles and chives in Koreatown. Plates of gyoza connected by a thin, crispy layer of lacy starch are never hard to find. Glendale is home to trays of manti doused in a savory tomato sauce and thick yogurt.

“The Bucket List’s” second season is devoted to everyone’s definition of a dumpling. Over the course of the season, you’ll hear from dumpling makers from Armenia, China, Korea, Japan, Taiwan, Italy and Eastern Europe. There isn’t just one definition, and no one is wrong — even when they call an Uncrustables sandwich a dumpling.

“Chinese families, we fold dumplings together for Chinese New Year; ... Mexican families, they get together Christmas Eve to make tamales together,” Chung says. “It’s exactly the same culture. It’s all about love and family.”