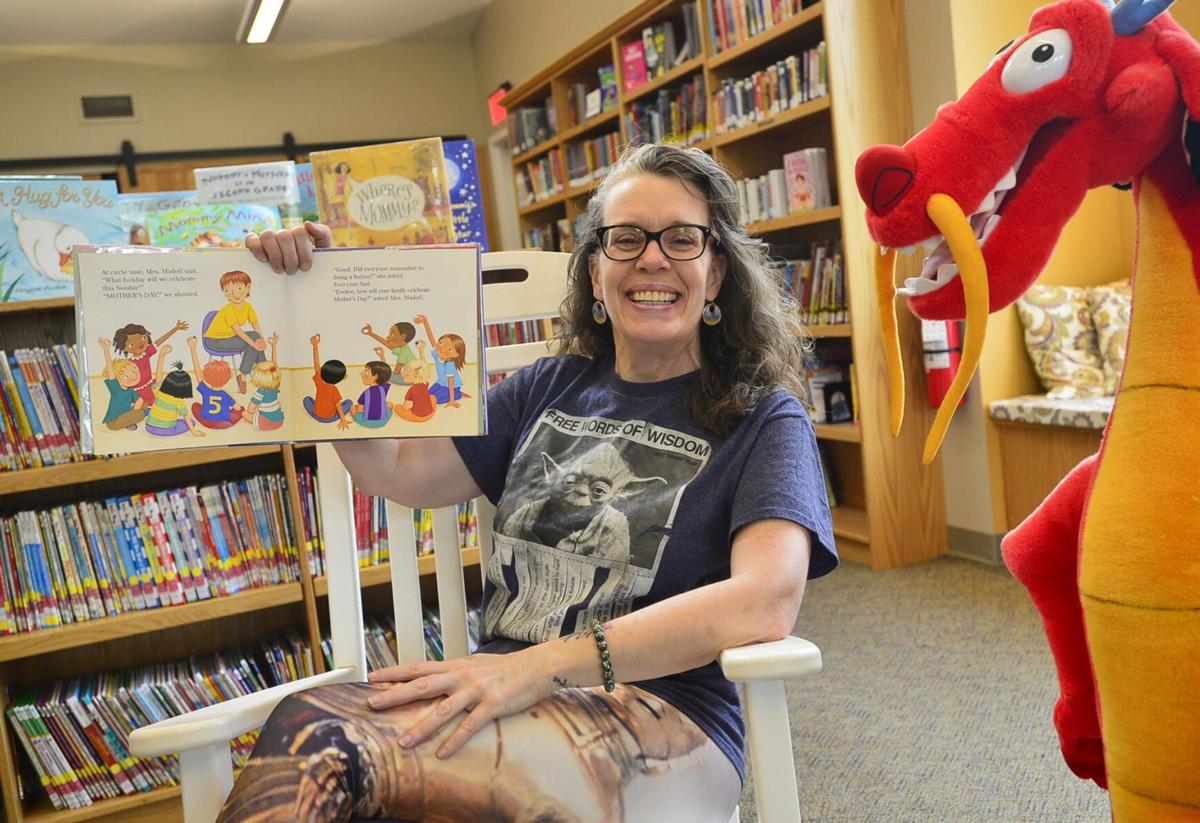 Pavilion Librarian Josselyn Borowiec was recently recognized as one of the New York State Outstanding Librarians. 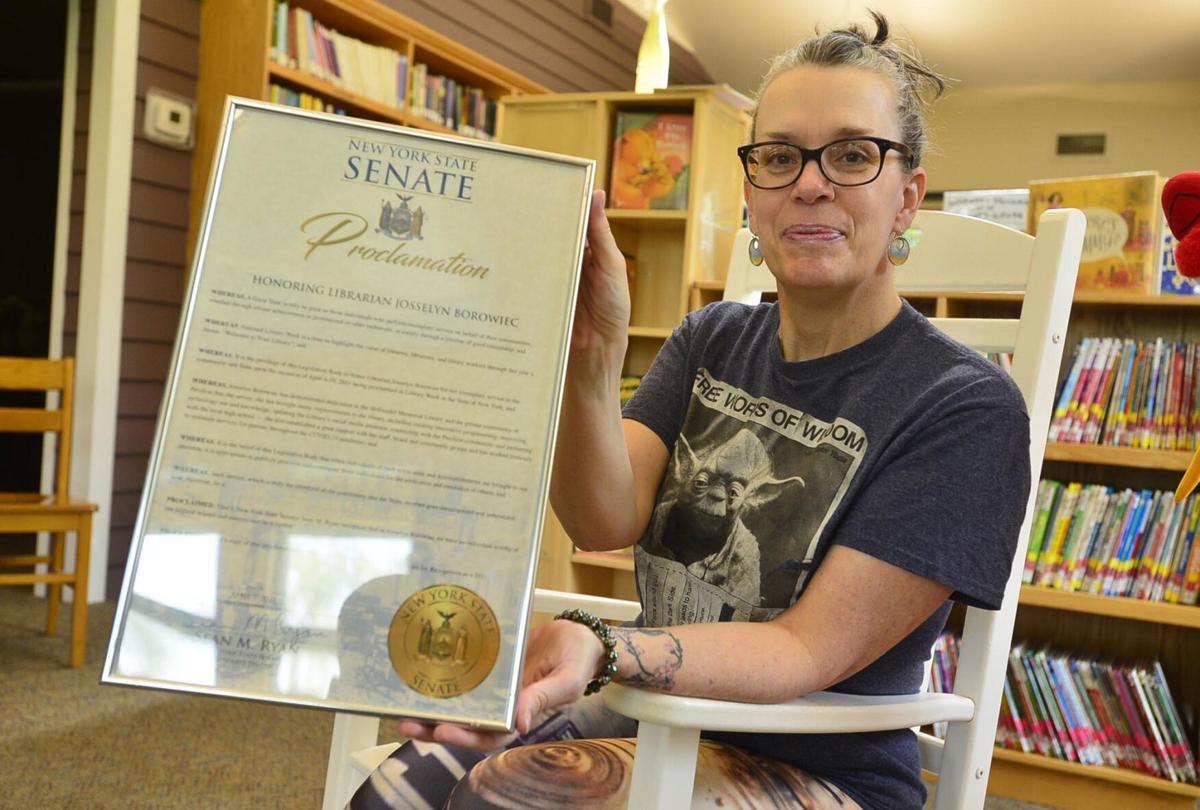 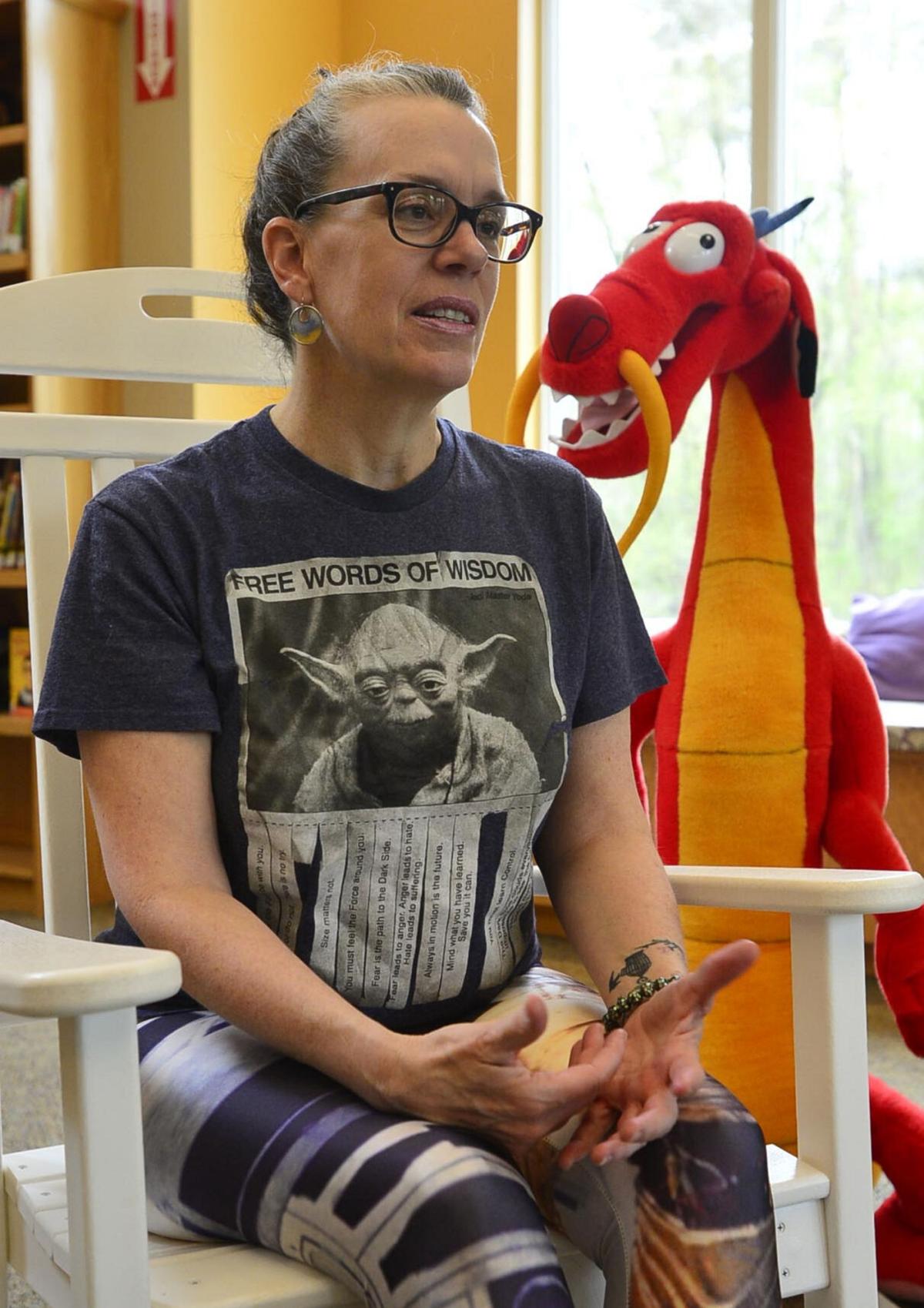 Mark Gutman/Daily News Josselyn Borowiec, director of Hollwedel Memorial Library in Pavilion, talks about how the library has changed in response to the COVID-19 pandemic. 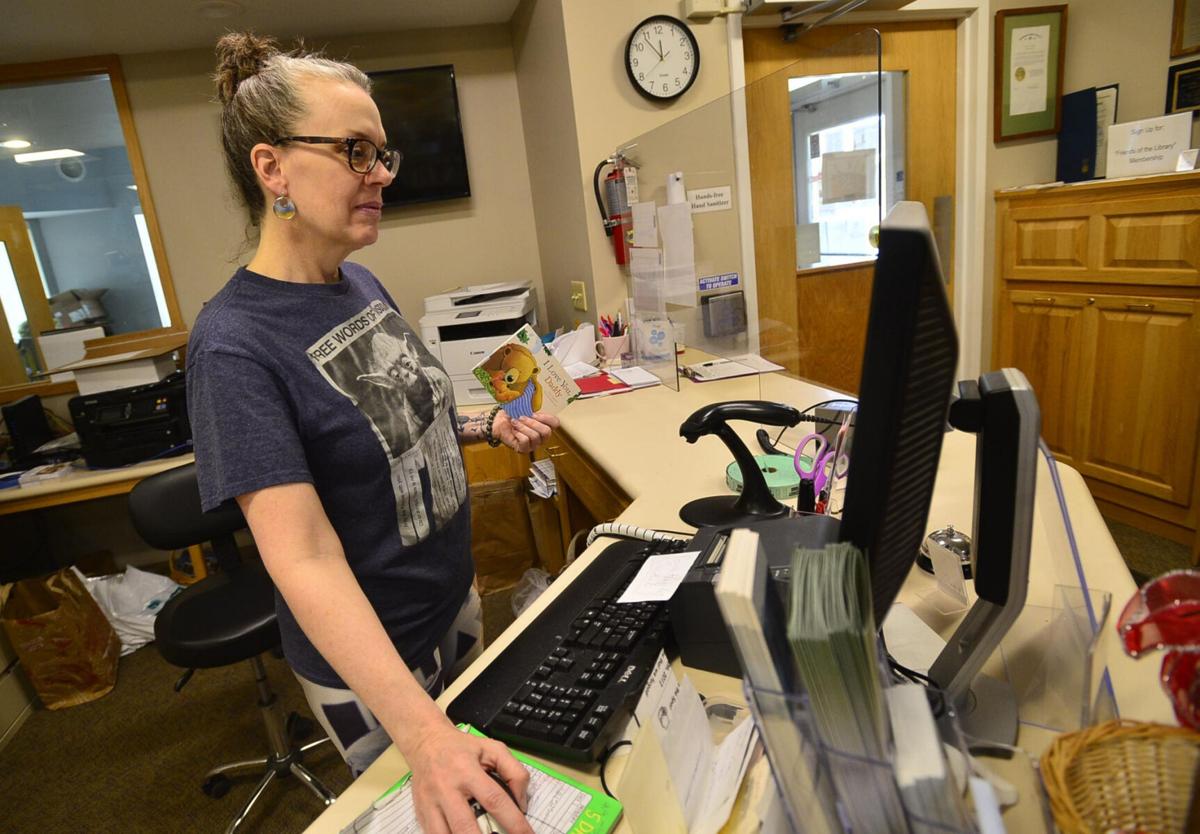 Mark Gutman/Daily News Josselyn Borowiec, director of Pavilion’s Hollwedel Memorial Library, works this week behind the circulation desk at the library. She was recently named one of New York State’s Outstanding Librarians for 2021. 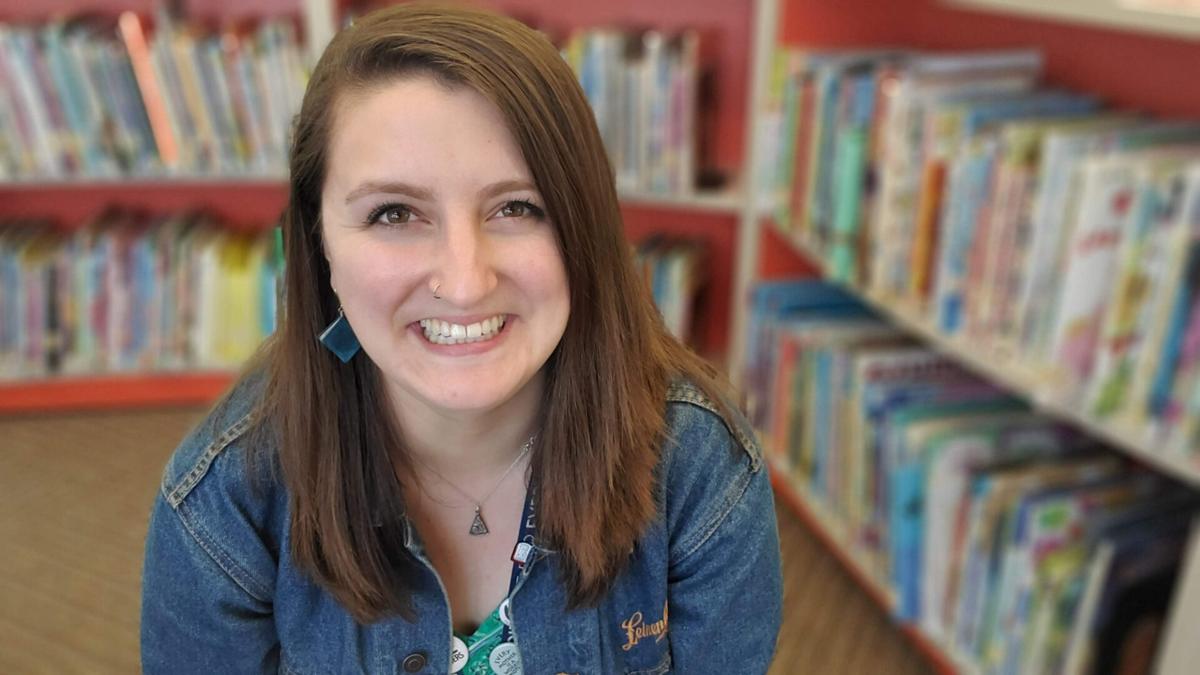 Pavilion Librarian Josselyn Borowiec was recently recognized as one of the New York State Outstanding Librarians.

Mark Gutman/Daily News Josselyn Borowiec, director of Hollwedel Memorial Library in Pavilion, talks about how the library has changed in response to the COVID-19 pandemic.

Mark Gutman/Daily News Josselyn Borowiec, director of Pavilion’s Hollwedel Memorial Library, works this week behind the circulation desk at the library. She was recently named one of New York State’s Outstanding Librarians for 2021.

PAVILION — Within two years of becoming the director of the Hollwedel Memorial Library, Josselyn Borowiec has received one of the 2021 New York State Outstanding Librarian Awards.

Borowiec was nominated by her library’s board of directors. Borowiec, the board said, really got things rolling when she took over the library. She started yoga programs for both children and adults – she is a certified yoga teacher – while maintaining the programs already at the library as well as introducing new ones.

That is when COVID hit.

“So I immediately switched to online Facebook Live,” she said of shifting library programs to an online platform.

It has been a busy year, with little signs of a slowdown.

“I think I was the first librarian in the area that immediately went to Facebook Live for story time and we’ve been offering it ever since.”

Borowiec also started to do Facebook Live yoga classes as well — one for adults and one for kids — and refreshed the library collection.

Hollwedel Memorial Library is also preparing for a vote which would allow the library to be part of the school tax district and the school to collect the taxes for the library.

Then to mark National Library Week in April, state Sen. Sean Ryan, D-Buffalo, solicited nominations from across New York for librarians who go above and beyond to serve their communities. Nominations came in from every corner of the state, and a total of 11 winners were chosen — one of which was Borowiec.

Specifically, Ryan recognized Borowiec’s leadership in growing the library’s innovative programming, improving technology use and knowledge, effective use of the library’s social media presence, and connecting with the Pavilion community. In addition, the senator noted that throughout the COVID-19 pandemic, she has worked tirelessly to maintain services for patrons.

“Senator Ryan’s recognition of the dedication of our library staff throughout the COVID-19 pandemic is a wonderful thank you for all of their efforts,” said Joan Gray, president of the Board of Trustees in a press release. “But it is the community that inspires us.”

Borowiec said she was surprised when she won the award as there were librarians from very big systems and libraries with amazing qualifications while Hollwedel is a little rural library.

“Very humbled to be included,” she said.

Borowiec said she fell into being a librarian after she split from her ex-husband. There was an opening at the Corfu library and she became the children’s librarian — a job she still holds, as both Pavilion and Corfu are part-time libraries.

As for why she enjoys being a librarian, Borowiec said the children are number one.

“They’re just amazing and inspirational,” she said. “The sillier you are, the more they like it.”

Borowiec said she likes helping people, and both of her parents were teachers, so she comes by it naturally. She said she wants Hollwedel Memorial Library to become a thriving community center.

For Grace Frenzel working at the Livonia Public Library is not just a job but her true passion.

“This job is my like and I love it so much. I hope that it shows,” said Frenzel, who as youth services librarian for Livonia was also recognized as a 2021 New York State Outstanding Librarian.

At the library, Frenzel develops and runs the library’s maker events, teen clubs, and adult programs, among other duties. She has been working at the library since 2019.

“Grace has demonstrated great passion for Youth Services and made these services accessible throughout the pandemic by quickly pivoting to a virtual format and creating diverse programming, including story time, sing-along events, art projects, and science experiments, using things children could find in their homes while learning remotely,” says Suzanne McCauley, deputy director of the Pioneer Library System, of which the Livonia library is a member.

Frenzel led a shift to virtual programming for the library when the COVID-19 pandemic hit.

“Right when the shutdown happened, I was right on it,” she said. “I started doing a lot of the virtual stuff because I did not want to lose any of the rapport that we had worked so hard to build up with the kids.”

That build up she says will be only getting bigger, as she thinks of new ways to make the library better for everyone.

“The big thing that I am working on now is trying to find out where the blind spots in my services are,” she said, noting new efforts to assist home-schooling students and adults with disabilities.

Brendan McDonough of the Livingston County News contributed to this report.