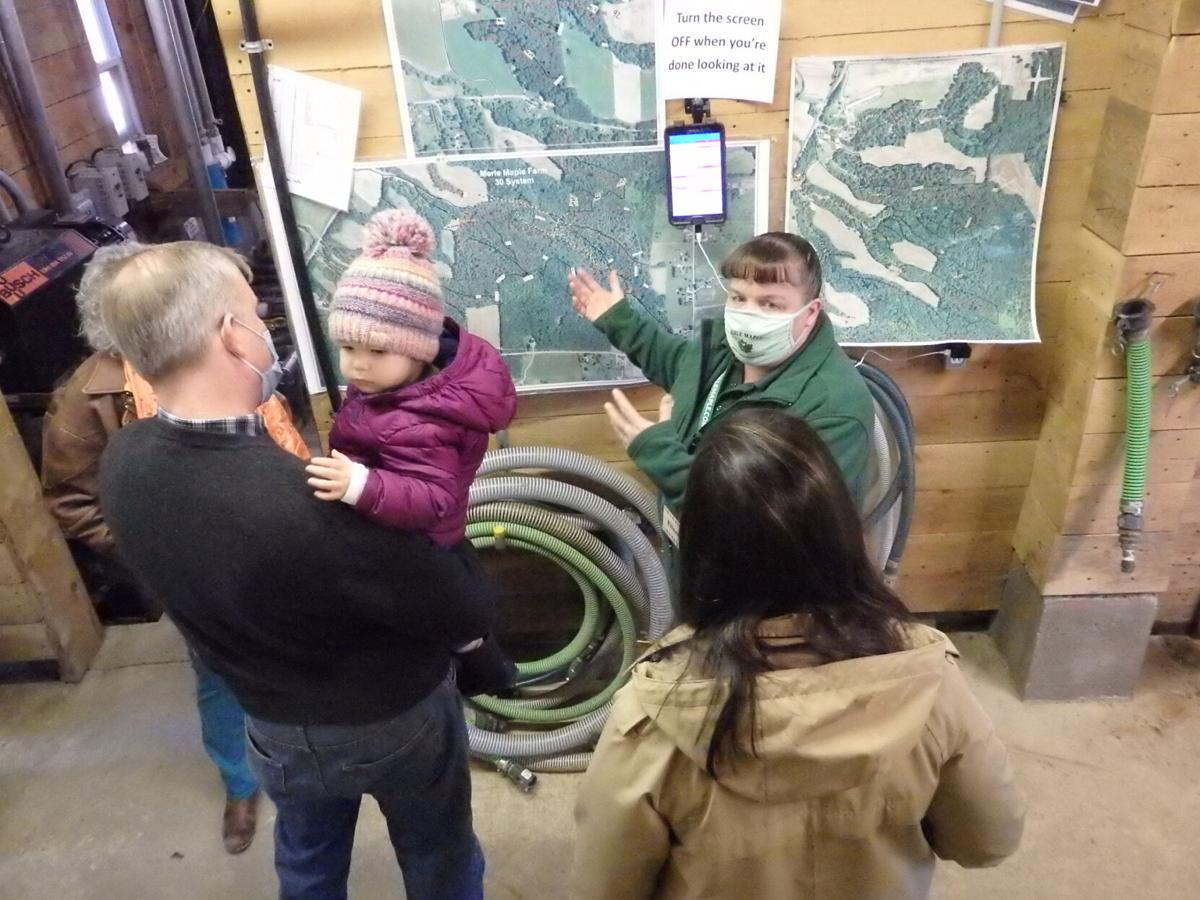 Matt Surtel/Daily NewsEileen Downs of Merle Maple discusses the maple production process with Congressman Chris Jacobs on Saturday. Some area operations hosted visitors on what would have been Maple Weekend. 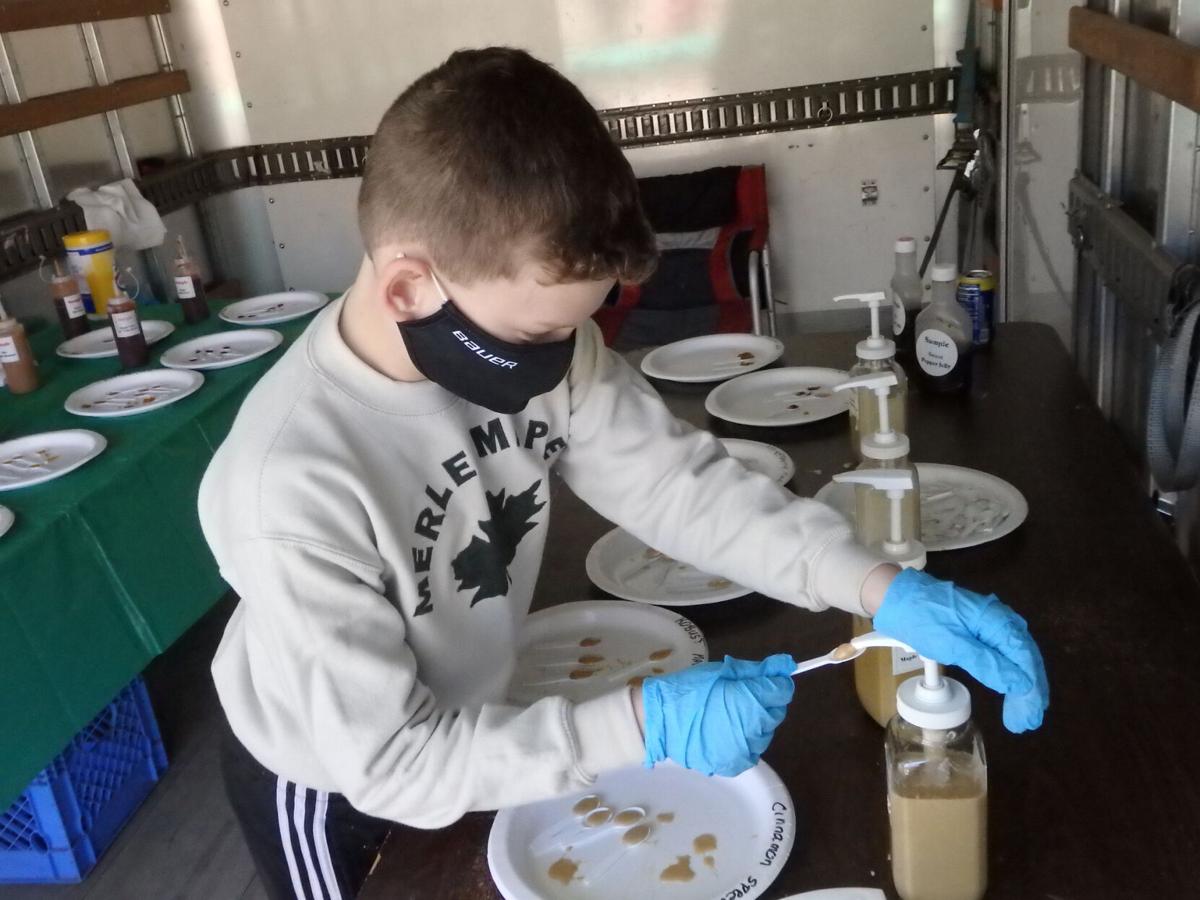 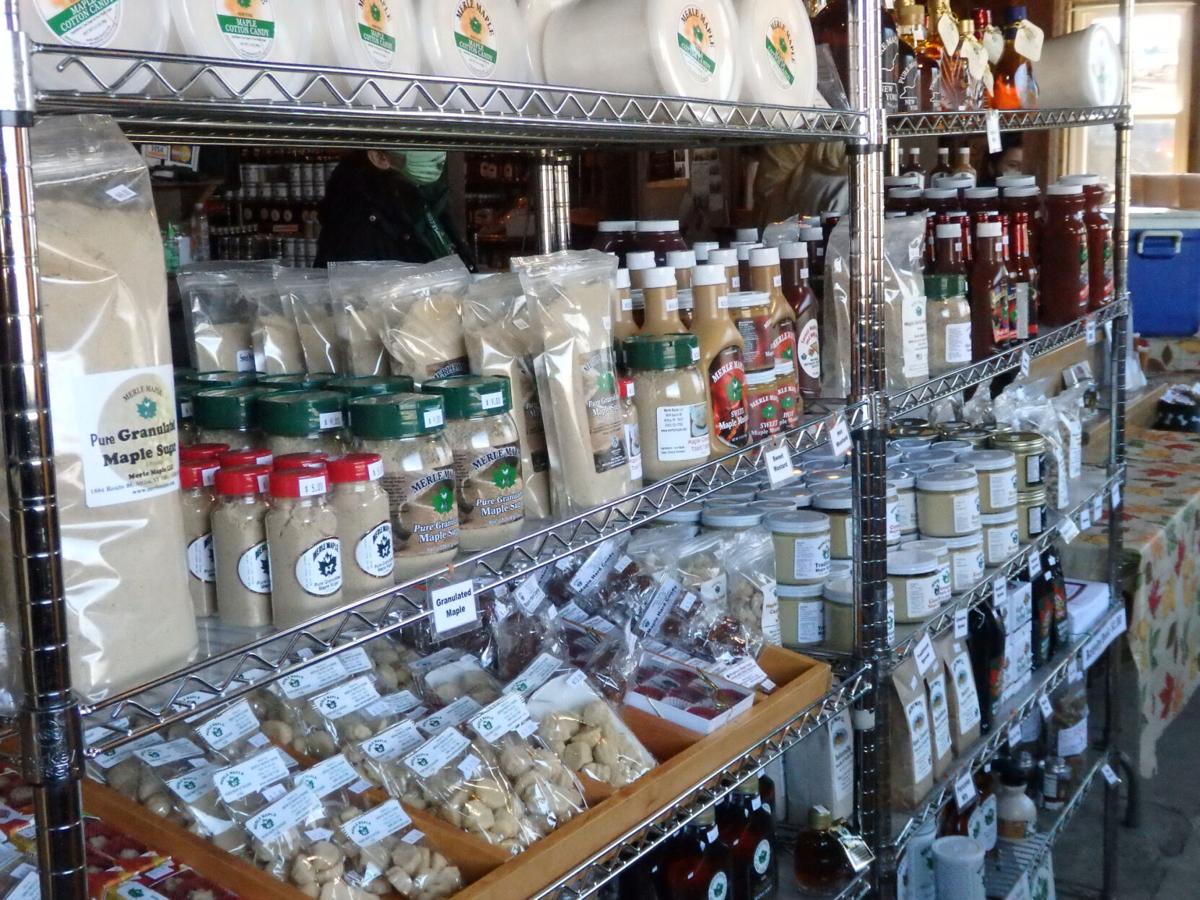 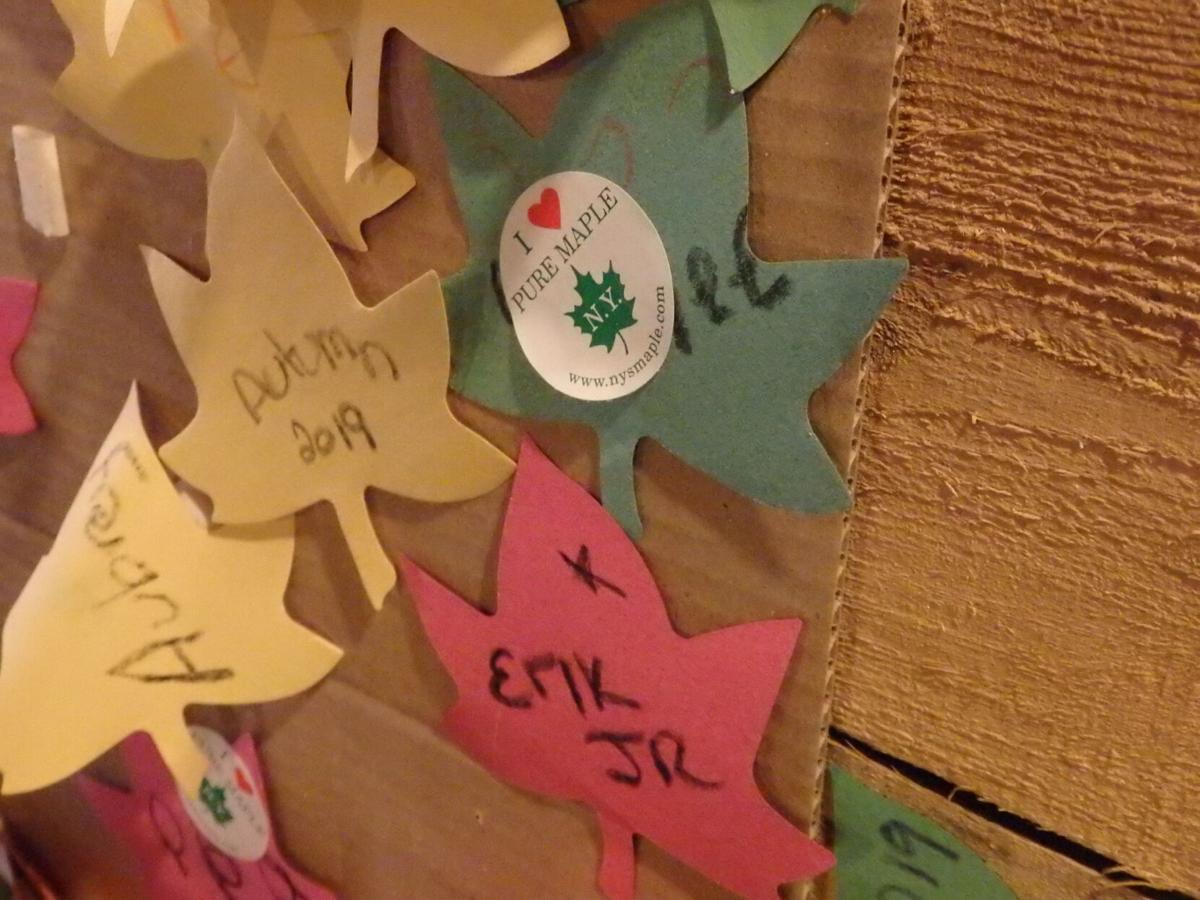 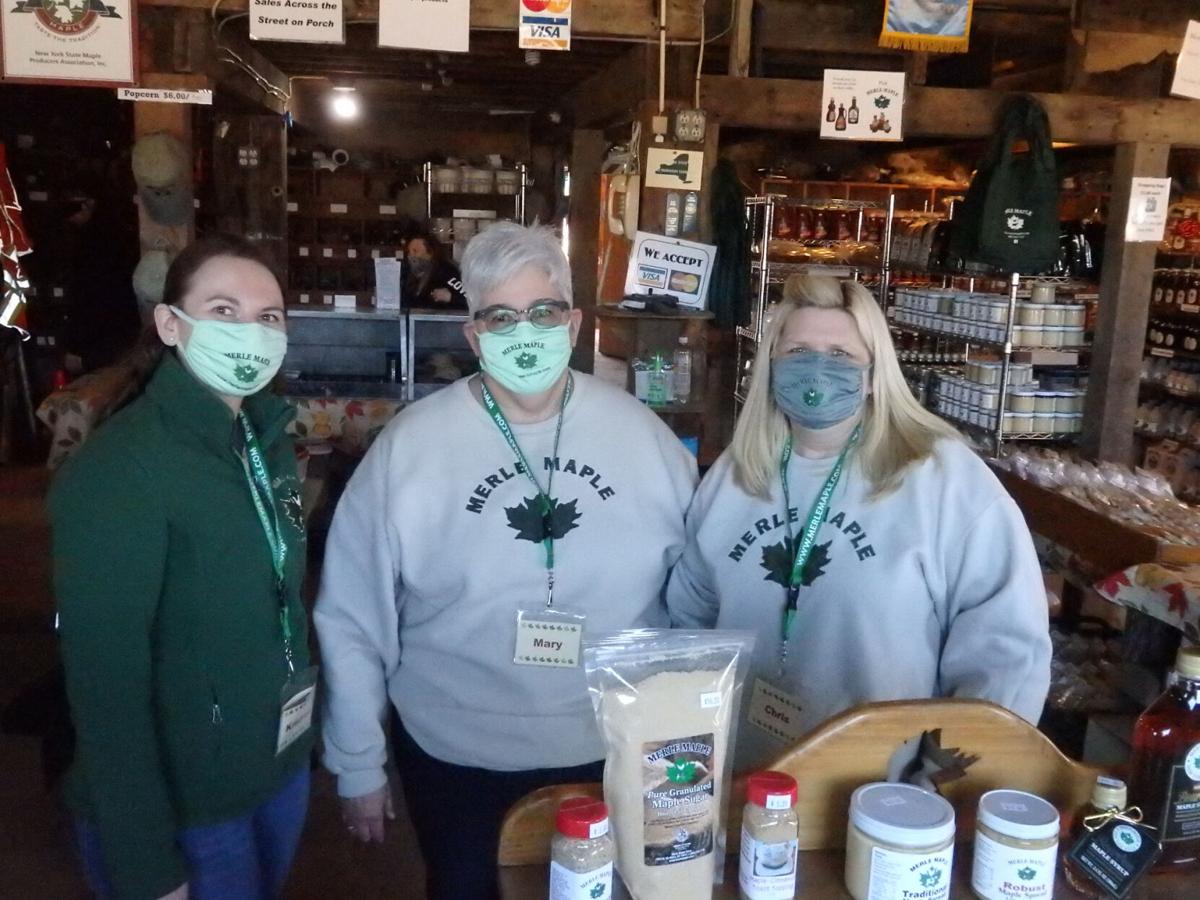 Matt Surtel/Daily NewsEileen Downs of Merle Maple discusses the maple production process with Congressman Chris Jacobs on Saturday. Some area operations hosted visitors on what would have been Maple Weekend.

ATTICA — Saturday was quite the morning for 2-year-old Anna Jacobs.

She got to try the freshest maple syrup, tap a tree — with help from her dad — and explore Merle Maple.

“Oh my gosh, Anna loves all this stuff,” said her mom, Martina Jacobs, watching the activity. “She’s a big fan of maple syrup and we only really buy the stuff that’s local. This is right up her alley, and now she gets to see how it’s made.”

Which was exactly the point — even though the statewide Maple Weekend was canceled, Merle’s was among the operations which opened itself up to visitors. It gave them a glimpse of maple production, plus the chance to enjoy samples, devour maple-flavored treats and shop.

The activities were scaled back somewhat as a pandemic precaution, but attracted people nonetheless.

“It’s wonderful, because last year we canceled right before the start of Maple Weekend when everything shut down,” said Eileen Downs of Merle Maple. “We were really devastated because we were ready for it. We had all the products and all the food.

Jacobs is co-chairman of the House’s maple caucus.

“There’s a lot of families out here and it’s a beautiful day,” he said. “Really it’s interesting just to learn the process of how they do it. This is a significant economic industry as well, and a lot of opportunity for growth, so we’re going to continue to highlight it.”

If there’s a positive side to COVID-19, he said, it’s allowed people appreciate the role in every step of food production, from farmers and the grocery store. Plus, the day gave people a chance to be outside.

Executive Director Helen Thomas of the New York State Maple Association also attended the day. She grew up making syrup, and is part of Maxon Estate Farms, a sixth-generation maple operation in Bennington.

This year’s maple production season will probably be short, she said. Seasons typically depend on freezing nights and above-freezing days, but temperatures are slated to reach the 60s this week.

The maple season ends when the trees start budding.

Western New York is also on the edge of territory considered in a borderline-moderate drought.

It’s been a tough two years for smaller maple producers, Thomas said. But sales were up for those who managed to stay open through the summer.

Although smaller in scope, Saturday’s maple gathering continued to draw people. Families and visitors were still showing up as morning turned to afternoon, ordering maple-flavored foods and doing their share of shopping.

“Isn’t this just the spring hope and spring optimism we always see?” Thomas asked. “We’re farmers, we’re always optimistic. We have to be.”

Some producers in GLOW region will open their operations to visitors again this weekend, including for drive-thru and takeout service. Check individual producers for availability.