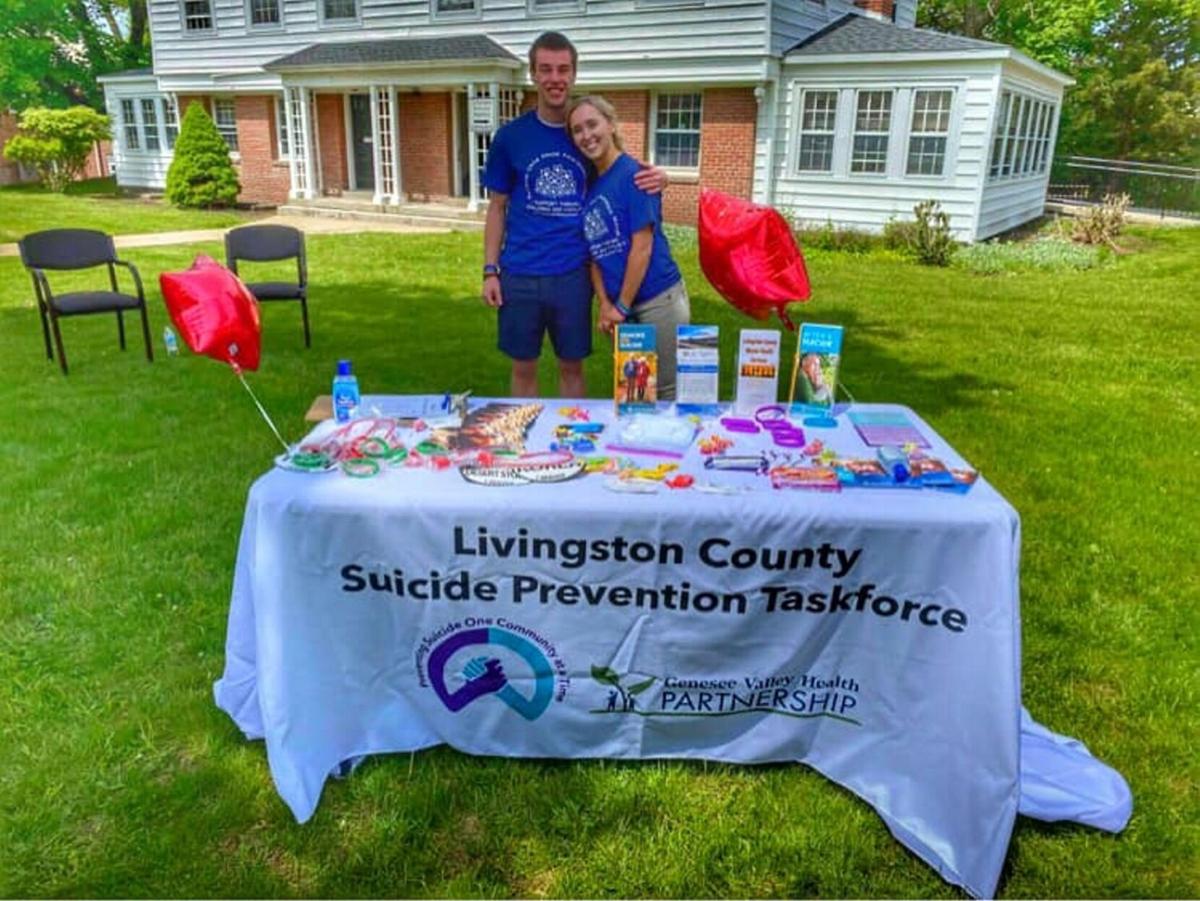 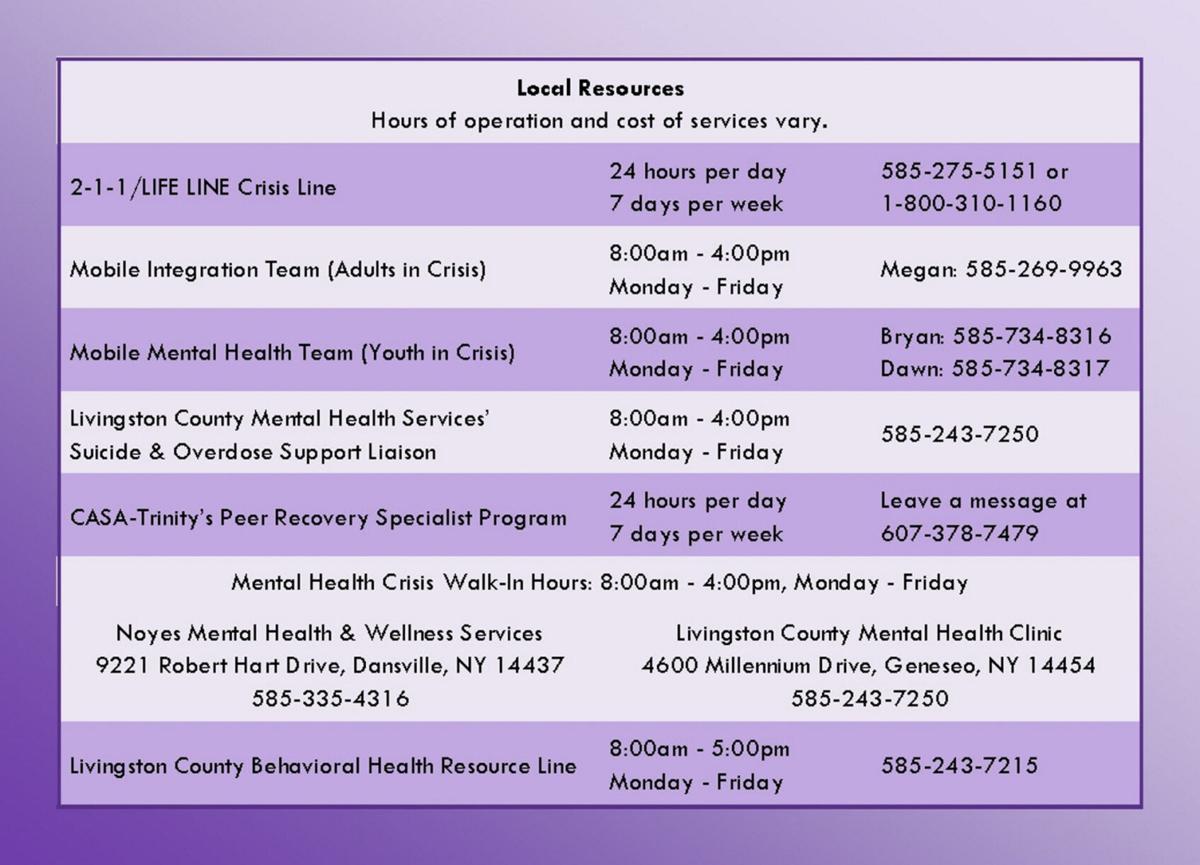 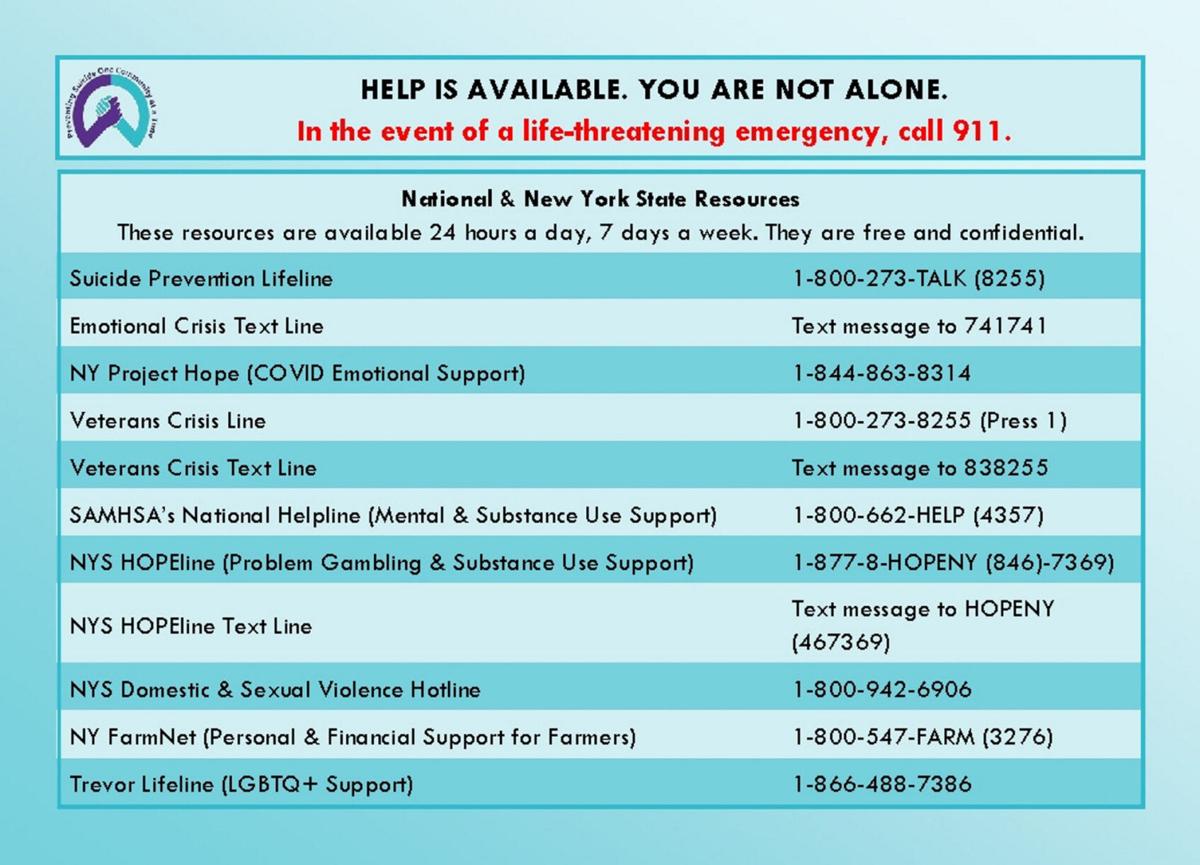 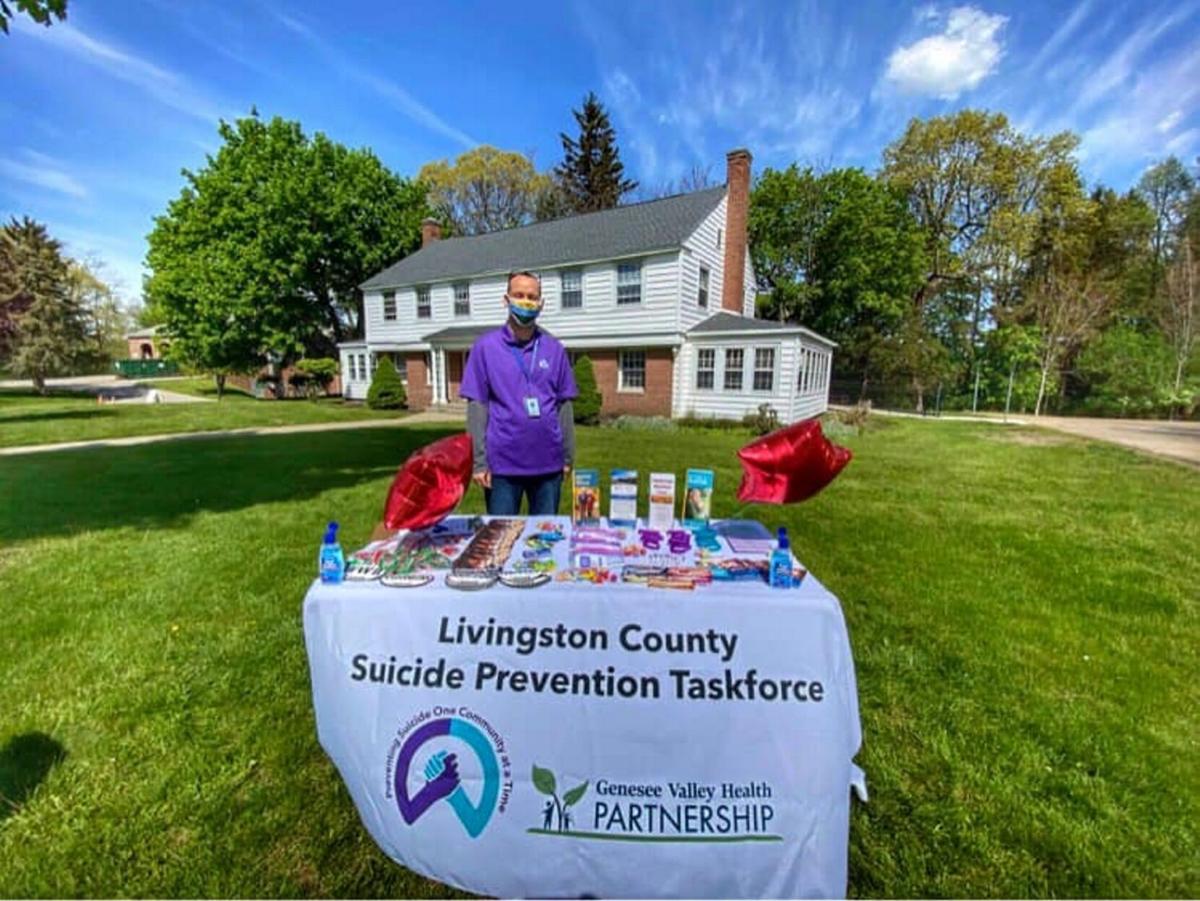 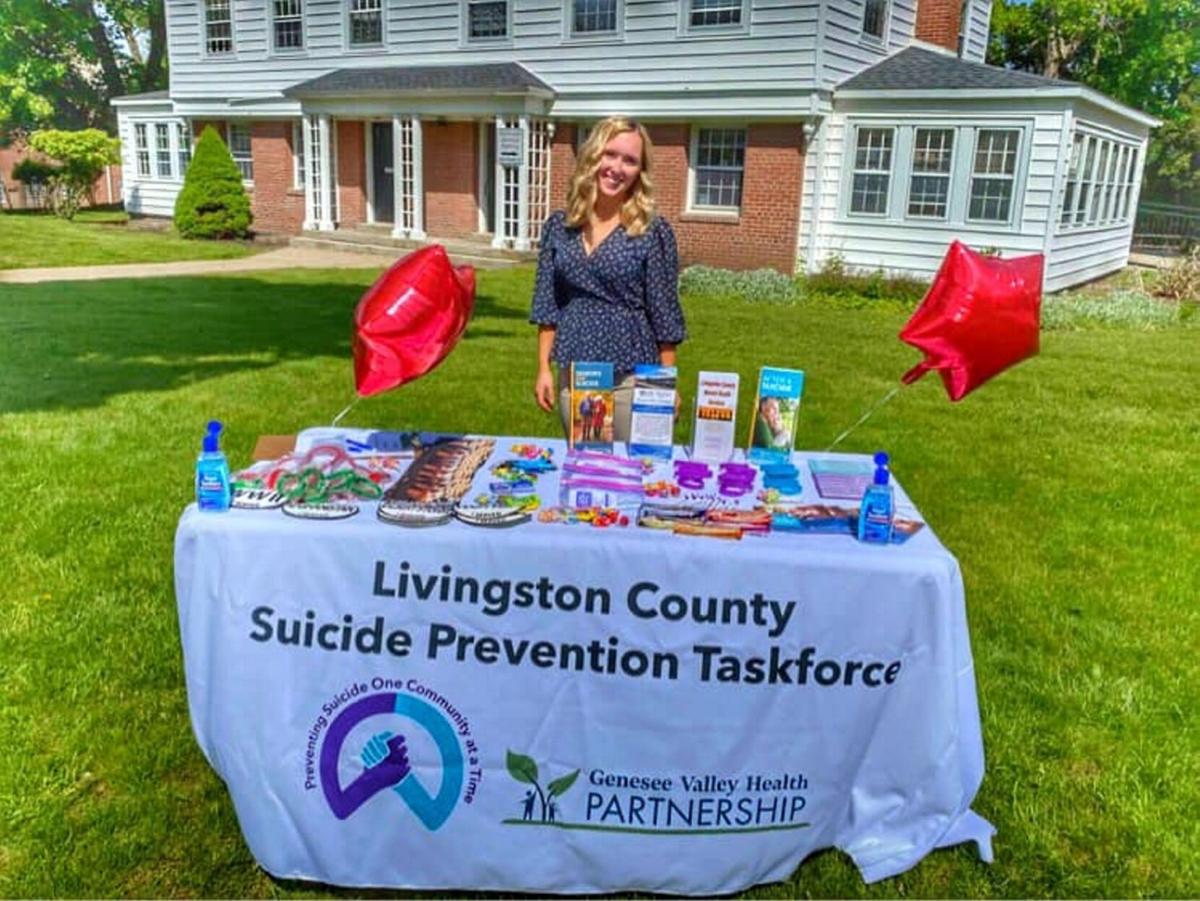 Members of the Livingston County Suicide Prevention Task Force work to raise awareness around suicide prevention and the resources available to county residents.

Task Force volunteers participated in the Safety and Wellness Community Fair on May 15 at Livingston County’s Murray Hill Campus in Mount Morris.

“We would like to thank our volunteers for being the voice of suicide prevention, supporting attempt survivors and supporting those who have lost loved ones to suicide,” stated Lynne Mignemi, chairperson of the Livingston County Suicide Prevention Task Force. “Our goal is to help break the stigma surrounding mental health by encouraging folks to talk openly about the issues they face.”

May was Mental Health Month and provided an opportunity to highlight local suicide prevention efforts.

Suicide is a serious public health problem that can have lasting harmful effects on individuals, families, and communities, according to the U.S. Centers for Disease Control and Prevention.

Suicide is the 10th leading cause of death in the United States, and many of those who died by suicide have an underlying mental illness, according to health officials.

The county’s Task Force was charged with finding the root of the issue, increasing public awareness and encouraging people to seek treatment.

Currently, the rate is 9.3 per 100,000 people, which indicates that Livingston County now has one of the lowest suicide rates in the region. The state suicide rate is 8.1 per 100,000 residents.

If you or someone you know is in suicidal crisis, call 911 or go to an emergency room. If you’re feeling lonely, isolated, depressed or stressed, there are many local resources available. Among them:

The National Suicide Prevention Lifeline may be reached by calling 1-800-273-8255. The hotline is available 24 hours a day. Additional information is available online here.